Coming up next month, we have our Interiors auction on 15 & 16 February. Amongst furniture, works of art, lighting, garden ornament, and carpets, the auction is book-ended by private collections, starting with the selected contents of 9 Royal Crescent in Bath (Lots 1-75), and finishing with two related private collections, comprising over fifty painted truncheons, tipstaves and early weapons (Lots 506-562). Here, Head of Sale, Ashley Matthews takes a look at some of the highlights. 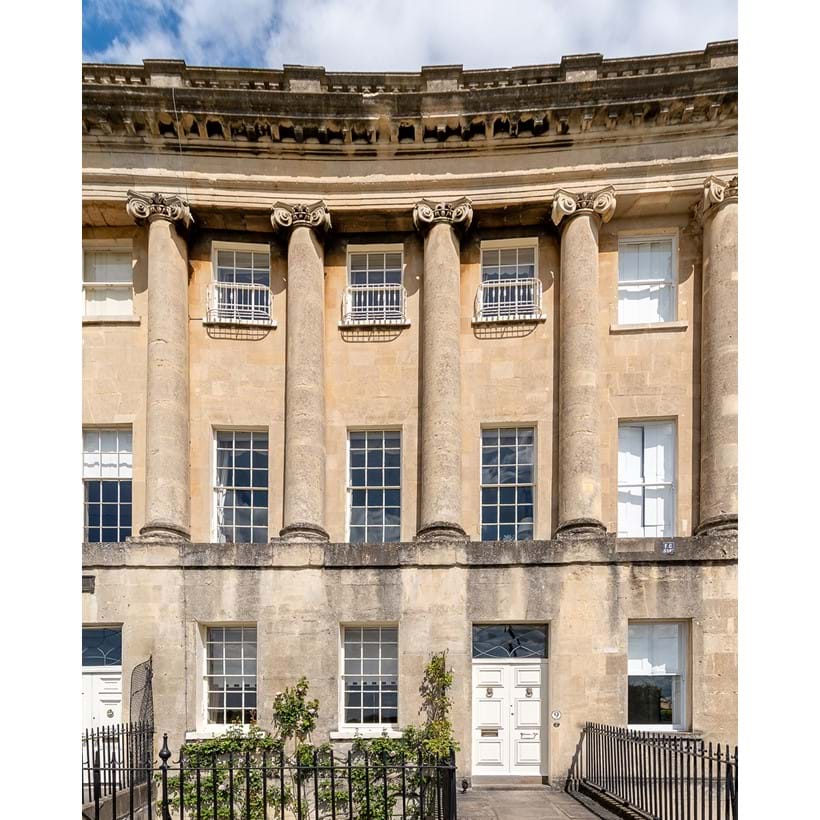 To start the auction, we will be offering a wonderful private collection of items from 9 Royal Crescent in Bath. The selection of 76 items offered here was amassed in the 1970s & 80s with purchases from some notable dealers and includes a mixture of antique and later furniture, carpets, works of art, paintings and sculpture. 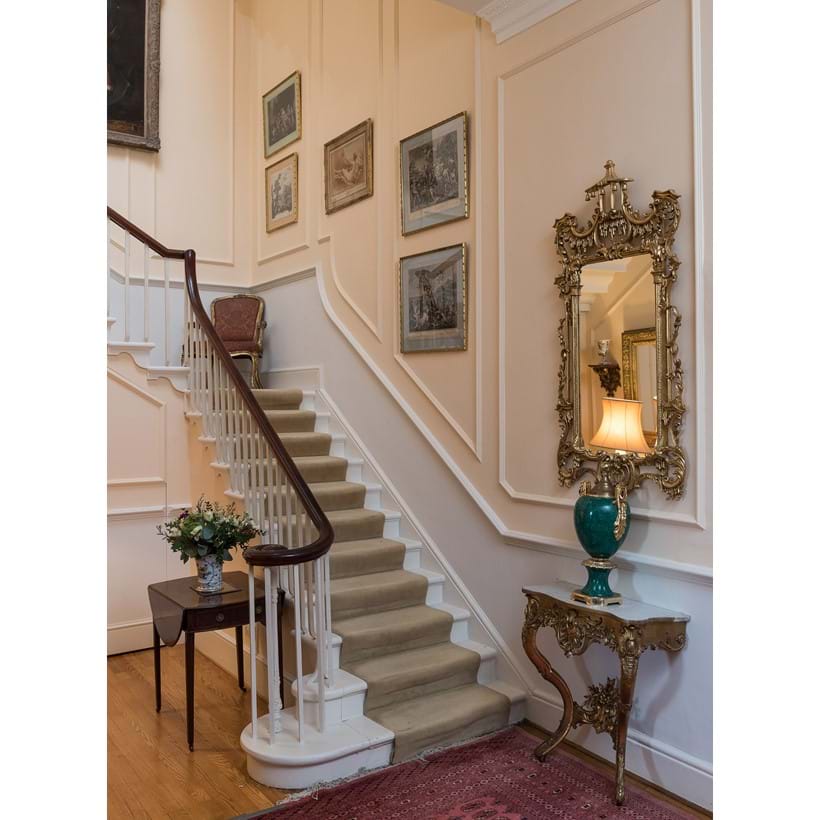 From other properties, we have Lot 108, a pair of porcelain green woodpeckers, each naturistically modelled as if calling to each other. The green woodpecker Picus viridis is Britain's largest woodpecker - it is often seen in open country on the ground pecking at anthills. Dating from the 20th century, these models come from the Meissen factory, and are most likely based on 18th century original models which were made by the renowned J.J. Kaendler. They are estimated at £800-1,200 (+ fees). 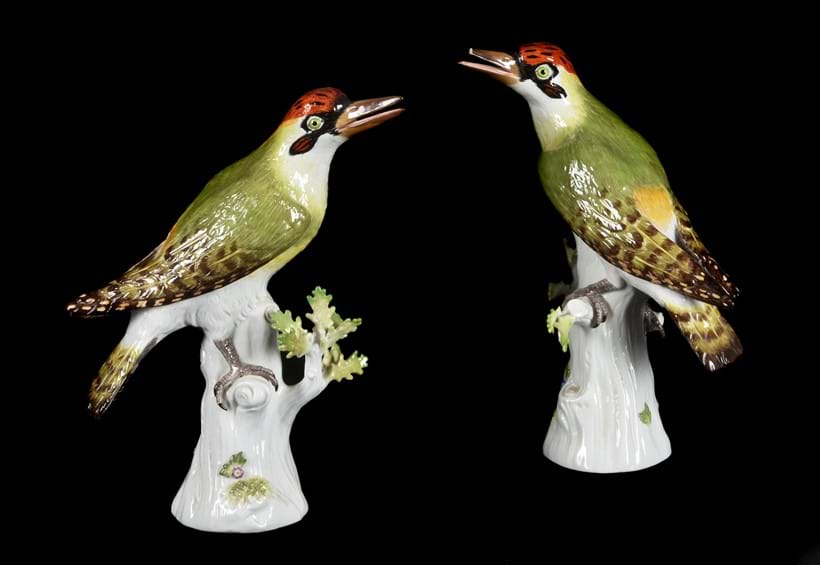 Continuing through the sale, we have Lot 157, a pair of oak obelisks with stands, manufactured by N E J Stevenson, Ltd. The removable obelisks (each standing at 63cm high) would make a fine lot on their own, but here they are presented along with their original stand with central wine coaster. This set was made in 2012 by Stevenson for Pol Roger in honour of the Queen's Diamond Jubilee.

The production was limited to just 125 sets, and were a collaboration between N. E. J Stevenson, the Queen's cabinet maker, and the spirits companies of Grant and Hine. The obelisks were designed to hold bottles of 1953 Hine and 1953 Glenfarcas vintage malt. The original retail price, albeit along with the bottles, was £14,000. Here they are offered with an estimate of £300-500 (+ fees). 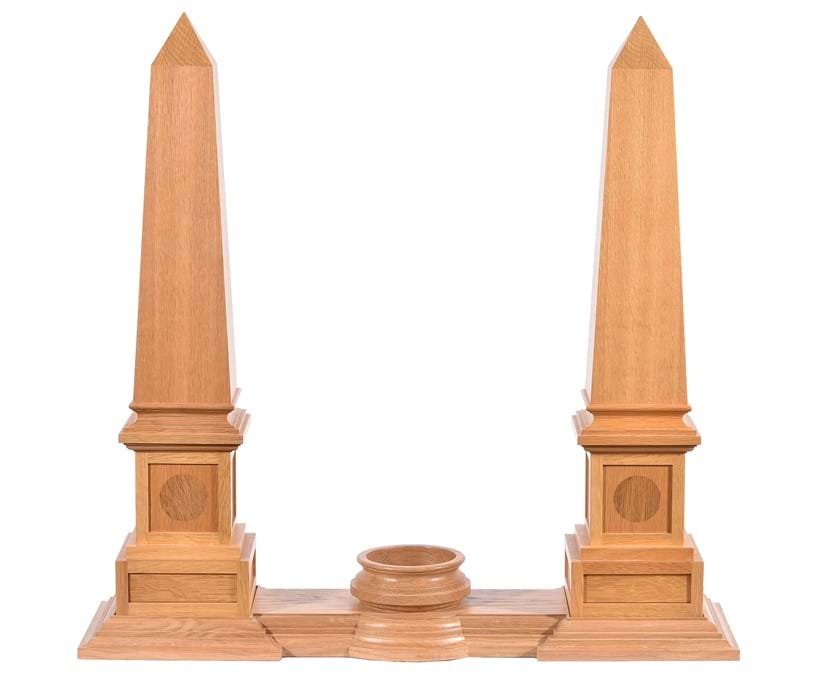 We then have Lot 236, a Victorian burr walnut and figured walnut Wellington chest, dating from the middle of the 19th century, circa 1850. This is an example of one of my favourite items of furniture. It is said that these chests were based on an example that Arthur Wellesley, 1st Duke of Wellington, insisted on having a campaign. The arrangement of eight graduated drawers are secured by a hinged locking arm. The single locking arm was more convenient than having to lock each draw individually. 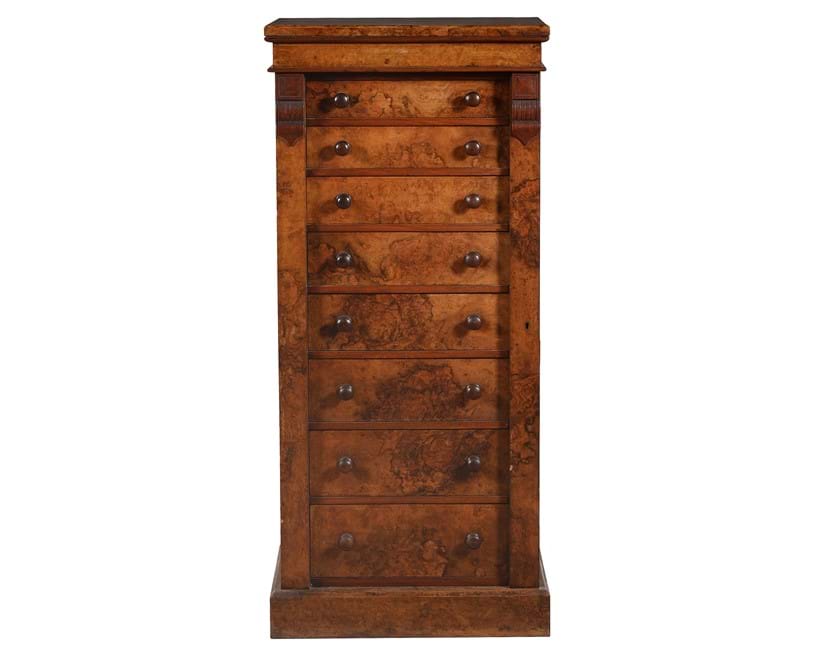 On the theme of campaigns, the auction also includes Lot 339, a set of four spirit bottles in a mahogany travelling case. A classic feature of campaign furniture is the brass inlays to the corners and angles to protect the timber from damage whilst being transported around from camp to camp. Another design feature are concealable handles, to again protect from potential damage. Both of these features can be found on this piece. It is easy to imagine a young officer being offered a drop of 'Dutch courage' from one of these decanters on the eve of war. The lot carries an estimate of £200-300 (+ fees). 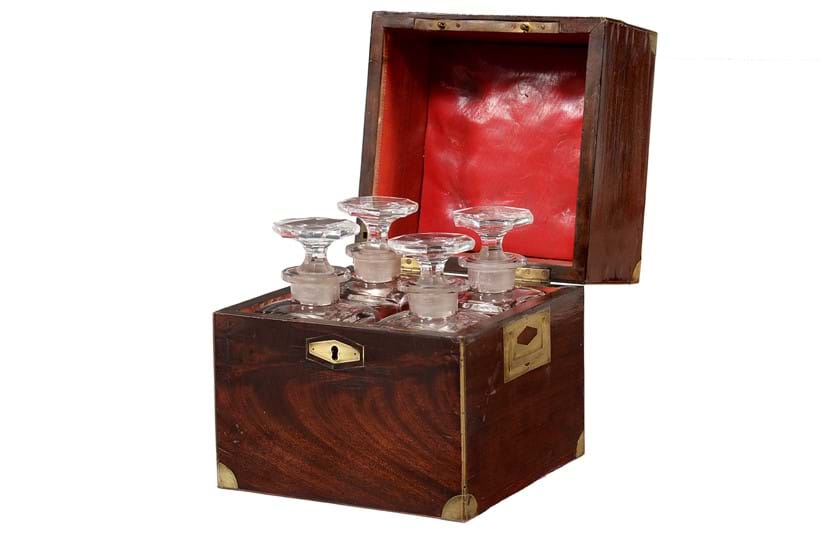 The sale then concludes with a private collection of over fifty painted truncheons, tipstaves and early weapons. Dating from the third quarter of the 18th century through to the second world war, the collection gives an interesting insight into the evolution from 'staffs of office' to a way of keeping law and order. Lots 553 and 554 are Victorian life preservers. These show how one may have required such a tool for protecting oneself if walking the Victorian streets alone at night. 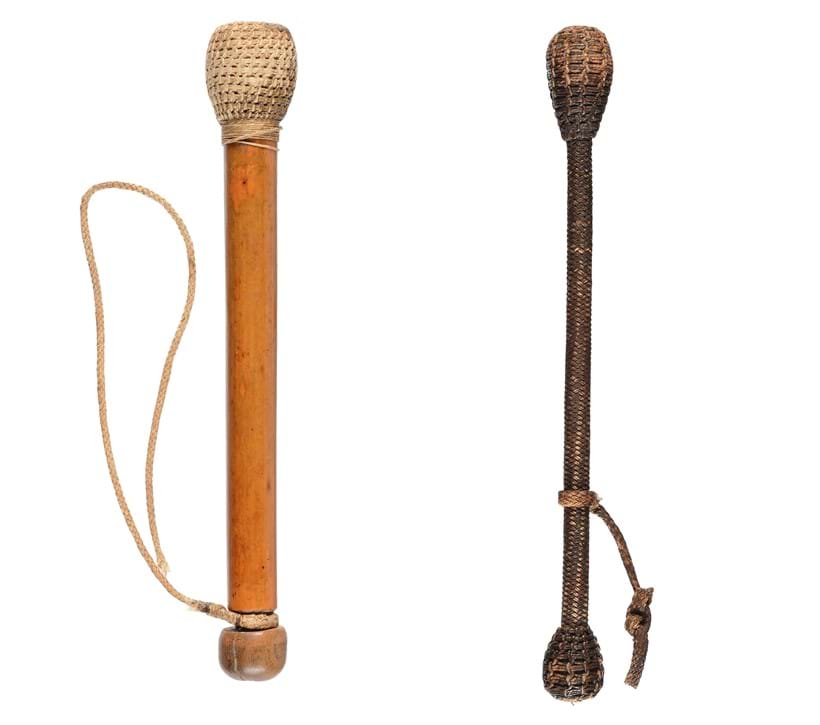 Whilst many are for identifiable forces, Lot 541 bears the simple legend 'police' to the cartouche - perhaps this would make a good present for a serving officer? 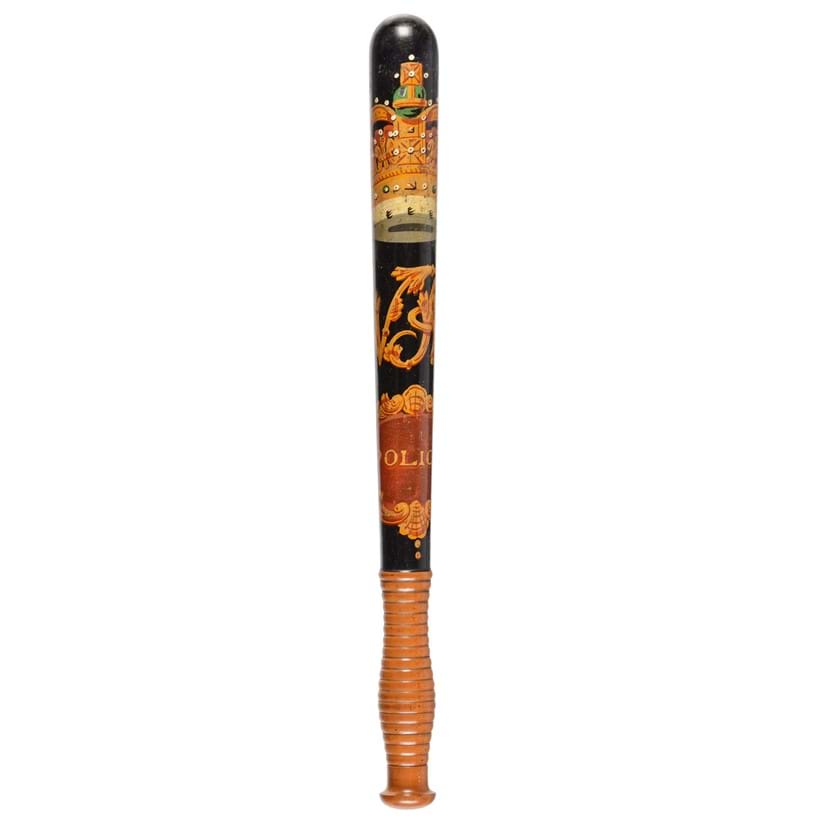 This is a live auction.