INTERIORS | 27 FEBRUARY
INCLUDING THE CONTENTS OF A LONDON TOWNHOUSE

The auction this February features a unique and fascinating personal collection of 150 lots assembled over a period of 25 years. Quirky, original pieces from the owner’s Fitzrovia townhouse are to be found here, including: sculpture, early, 19th century and modern furniture, ship models, oriental works of art, silver, ceramics and glassware, tribal art and vintage luggage. Possibly more of a curator than a keeper, the owner brought together these items with discernment, arranging them artfully in his London home and juxtaposing them here with stylish modern furnishings. 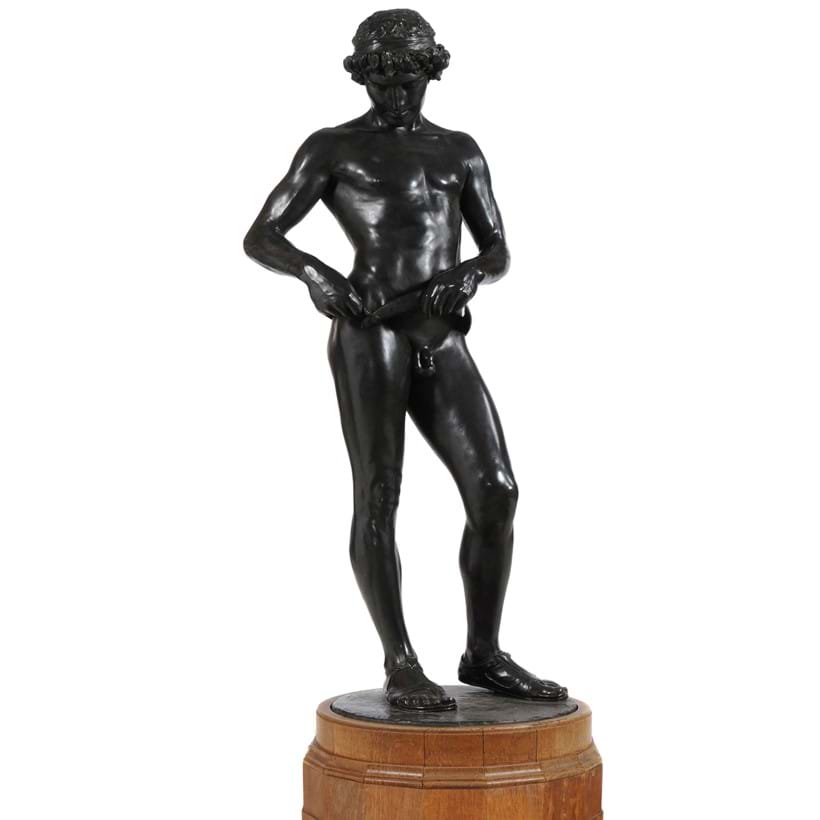 From a London townhouse

This patinated bronze model of a nude depicts the youth looking down, his tousled hair held with a band and with sandals on his feet. He stands on a naturalistically cast circular base, atop a faceted cylindrical oak veneered pine pedestal.

Mathieu Molitor was a sculptor, painter and printmaker working in the context of the Jügendstil movement and this model demonstrates the early, more academically inclined output of Molitor’s oeuvre. Conceived during the artist’s stay in Rome in 1907, the bronze’s substantial size and classically rendered anatomy echo the Ancient grandeur of the city. The pose could be derived from the Ancient Greek ‘Apoxyomenos’ sculptures, which show nude athletes with their hands in similar attitudes. 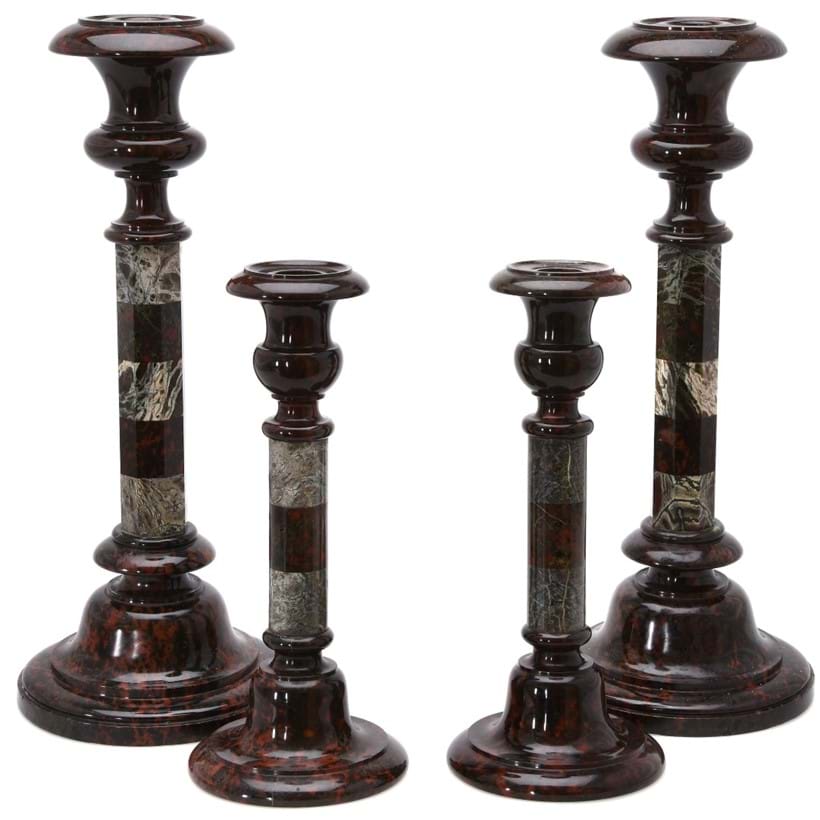 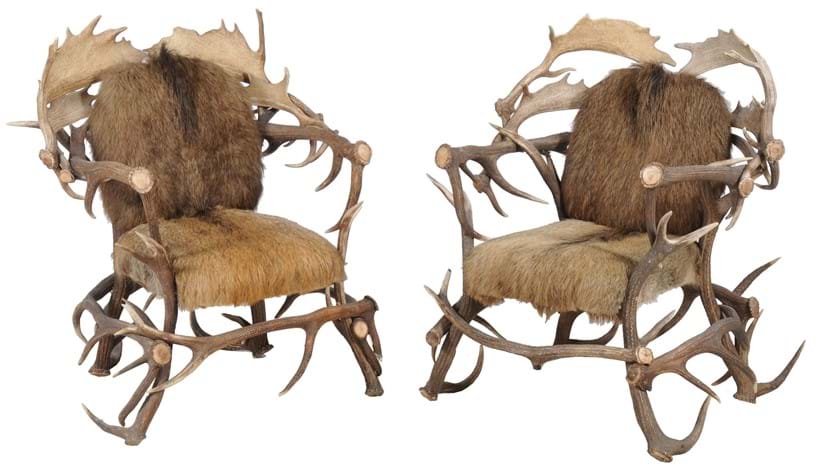 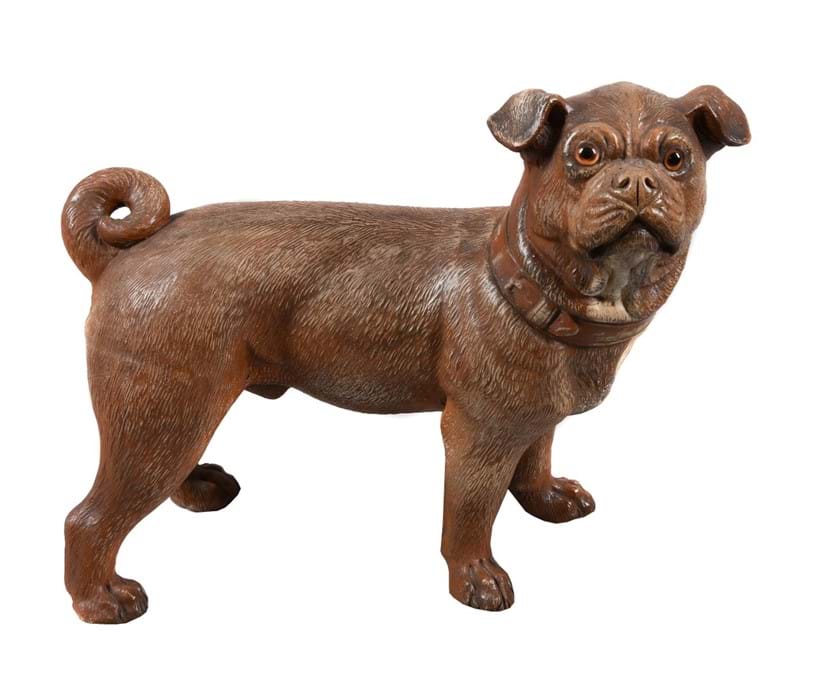 George Hepplewhite (? 1727-1786), along with Thomas Sheraton and Thomas Chippendale, is regarded as one of three major English furniture makers active in the 18th century. However, no known piece of furniture attributable to Hepplewhite or his firm is known to exist. He gave his name to light and elegant designs popular from 1775 to 1800 although reproductions of his designs continued through the following centuries.

The shield-shaped chair back is characteristic of the Hepplewhite style as clearly seen in this set of eight chairs.

Classic Gothic buildiings from the 12th to 16th centuries were a major source of inspiration for 19th century. From the mid-19th century architectural motifs such as pointed arches, steep sloping roofs and delicate columns were found in all manner of objects. The illustrated catalogue for the 1851 Great Exhibition demonstrates the wide range of the movement a the time – it is rich in Gothic detail, covering lacemaking and carpets and through to heavy machinery. 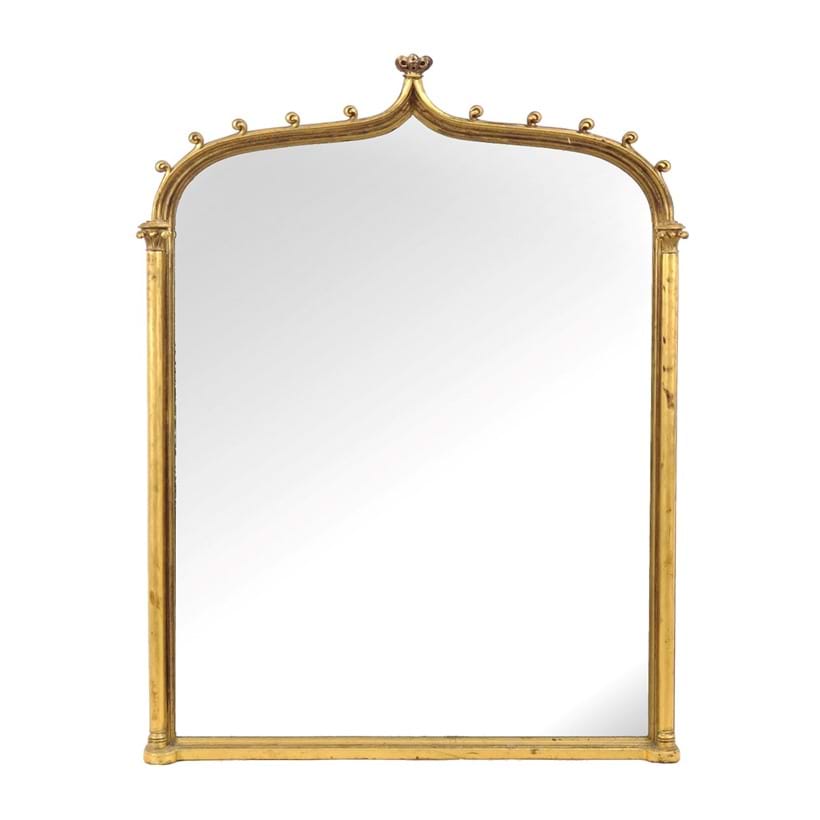 Of classic Victorian design, this chest of drawers in satin burch – a durable and attractive wood – is stamped in one drawer by the maker.

Holland and Sons was in business from 1803 to 1942, participated at all the international exhibitions of the late 19th century and employed many of England’s foremost designers. One of Holland and Sons’ first known commissions was for the Athenaeum Club, from 1824-1838, it was also responsible for the decorations and furnishings at a number of royal residences, notably Osborne House, Sandringham House, Balmoral Castle, Windsor Castle and Marlborough House. 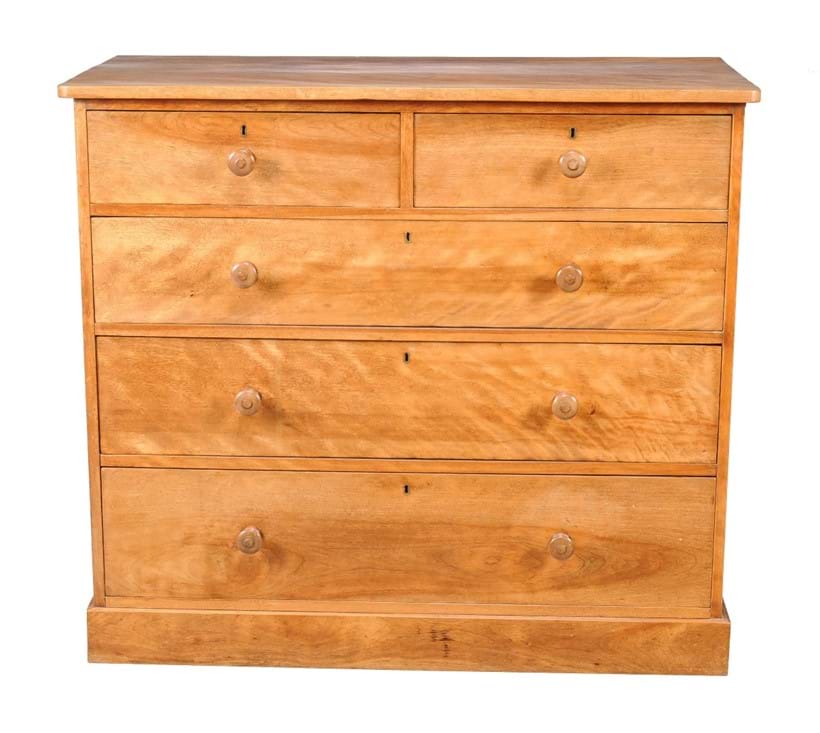 By contrast , the commode below from approximately 20 years earlier, although as sharp and elegant in design, features the somewhat more exotic burr walnut.

The reign of Louis Philippe (1830-1848) witnessed the growth of the bourgeoisie class and this group included furniture buyers whose tastes were rather different to those of manufacturers’ traditional client base, which mostly consisted of royalty and the aristocracy. The formal look was replaced by simple lines with very little ornamentation, darker woods such as mahogany, rosewood and walnut were used in construction with commode surfaces frequently topped, as here, with marble. 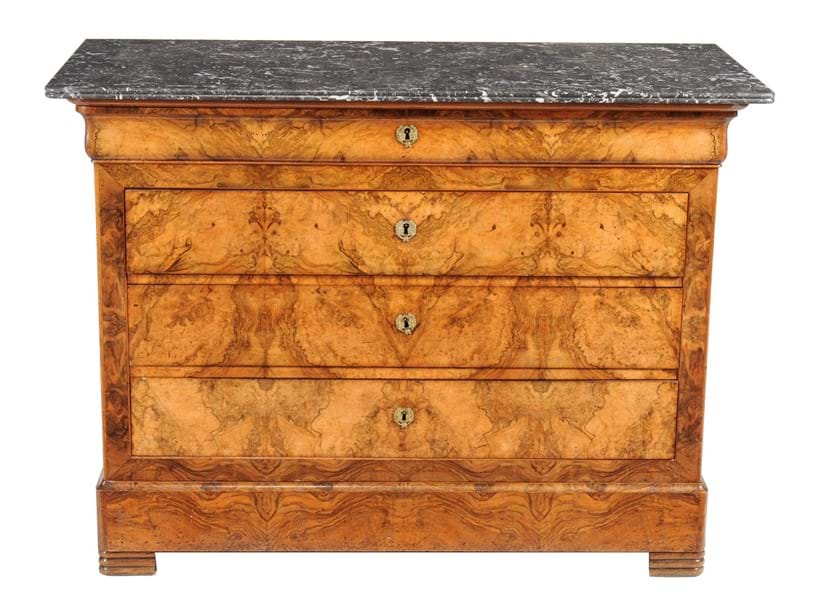