This Autumn, on 17 October, Dreweatts will host In Search of the Aesthetic: Two International Private Collections, comprising Property of a Connoisseur and From a London Apartment, comprising together over 200 lots of European sculpture and works of art, European furniture, clocks, British and European ceramics and glass, Chinese ceramics and works of art, silver and decorative arts, pictures and scientific instruments.

Property of a Connoisseur (lots 1-109) also features a stunning selection of 19th century enamelled works of art created by several influential designers and produced by notable foundries in the age of the Second Empire (1852-70) and later.

The detailed floral design and overall surface pattern of these colourful vases beautifully demonstrate how proficient French designers became at producing Japanese-style cloisonné enamel. The challenging technique involves soldering thin metal wires onto bronze which is then filled with enamel. The skill came to France when trade with the Far East, notably Japan, developed around the mid-nineteenth century. The gilt bronze mounts with elephant masks add another touch of exoticism further emphasising the Far Eastern inspiration of the vases. 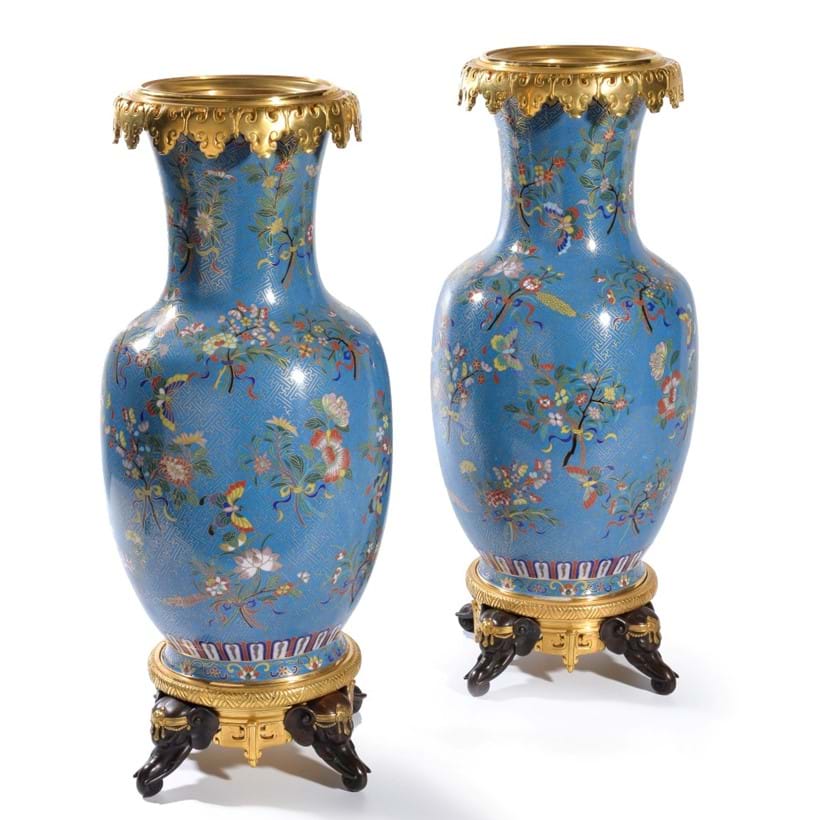 Vases in the Neo-Grec taste

These substantial vases designed by the sculptor Ferdinand Levillain and cast by the renowned bronzier Ferdinand Barbedienne are fine examples of the Neo-Grec taste, which became fashionable in France during the second half of the 19th century. The style was characterised by an often playful reinterpretation of Ancient Greek motifs. The fruitful collaboration between Barbedienne and Levillain commenced in 1871 and would last for nearly two decades, during which time the pair exhibited and won prizes at several major exhibitions. A number of similar Greek Revival pieces by Levillain are held in international museum collections, notably the Museé d’Orsay, Paris and the V&A, London. 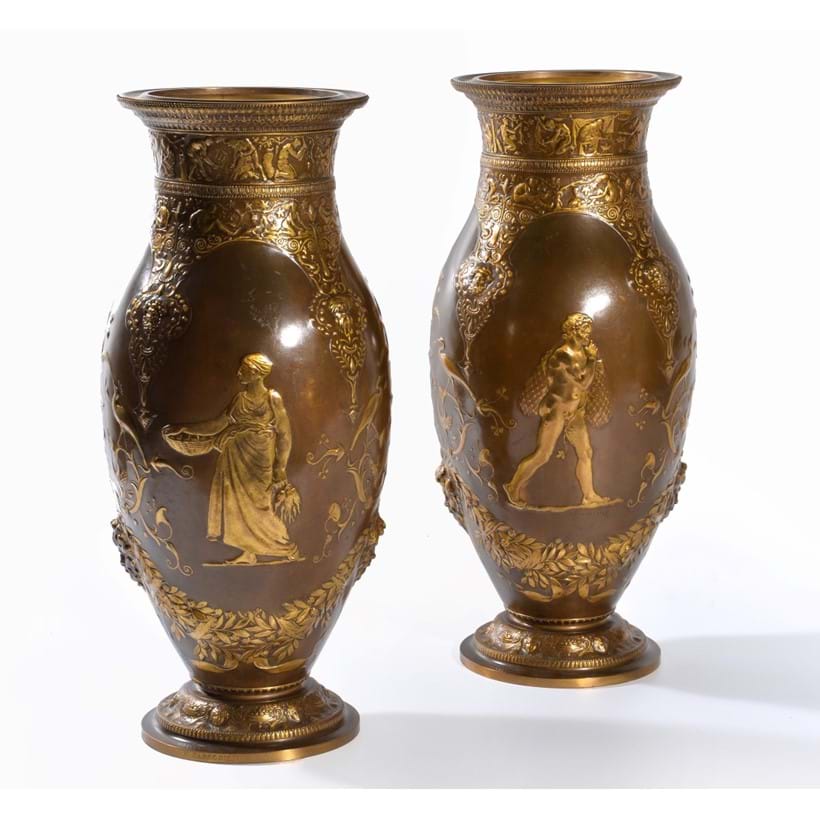 Nineteenth-century France was under the spell of ‘Egyptomania’ which swept the country after Napoleon Bonaparte’s campaigns in the region from 1798 to 1801.

These candelabra are text book examples of the Egyptian Revival style, incorporating not only Egypt-inspired themes and hieroglyphics, but, also a striking black and gold palette and the strong geometric lines associated with the ‘look’. 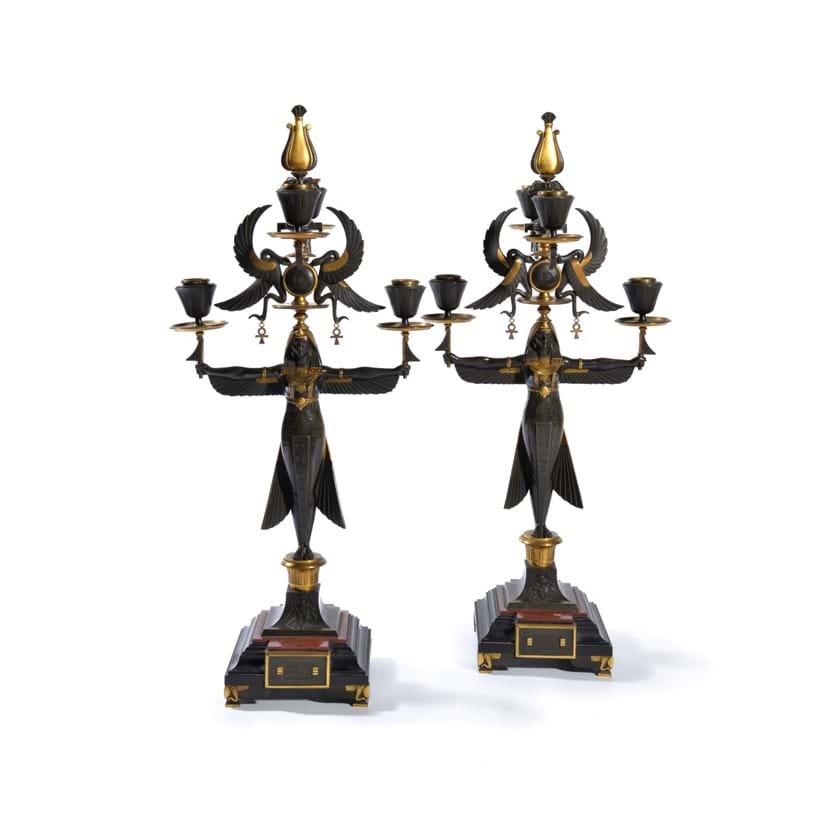 Khaled Takreti is a leading Syrian artist, born in Beirut in 1964. He originally studied architecture at the University of Damascus before starting to exhibit his art in the mid-1990s. Takreti is known for his unique form of portraiture which marries a pop aesthetic with a psychological exploration of his subject. His canvasses are often executed on a large scale, as here, and in his characteristically muted tones. Takreti has resided in France since 2006, and in 2012 he was named among the top 101 greatest living artists in France by Art Absolument. 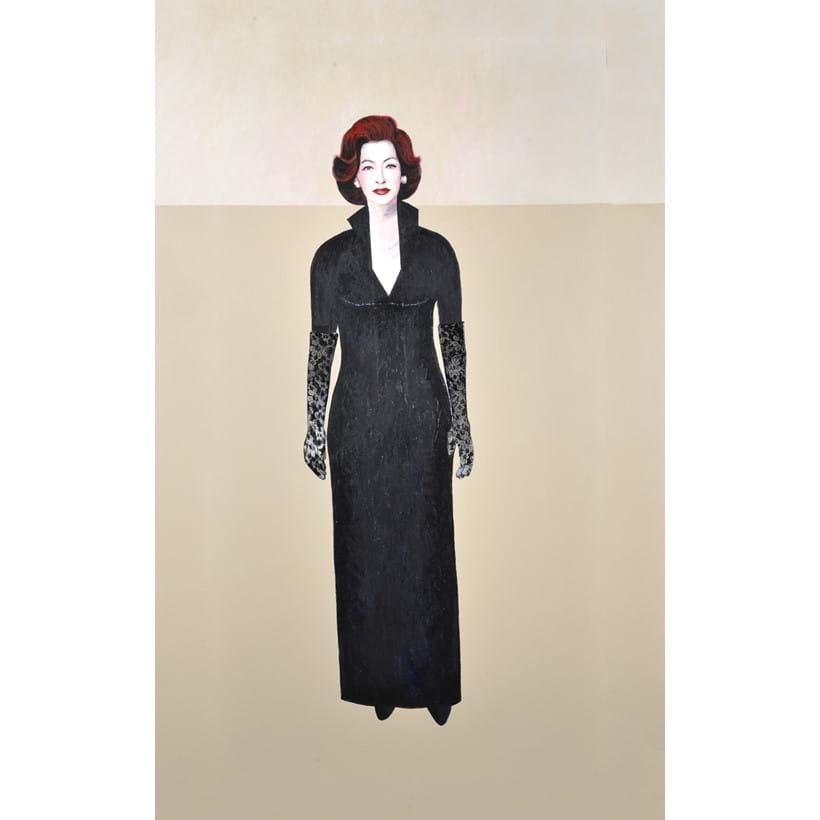 In the manner of Gabriel Viardot

This French vitrine cabinet was executed in the manner of Gabriel Viardot, one of the leading cabinet makers of the 19th century. Much like Viardot, the unknown maker of the present vitrine was greatly influenced by motifs from China and Japan, and incorporated lizards, dragons and Asian-inspired foliate motifs into this piece. The combination of the various shapes and asymmetry gives the design an intriguing and highly original form. 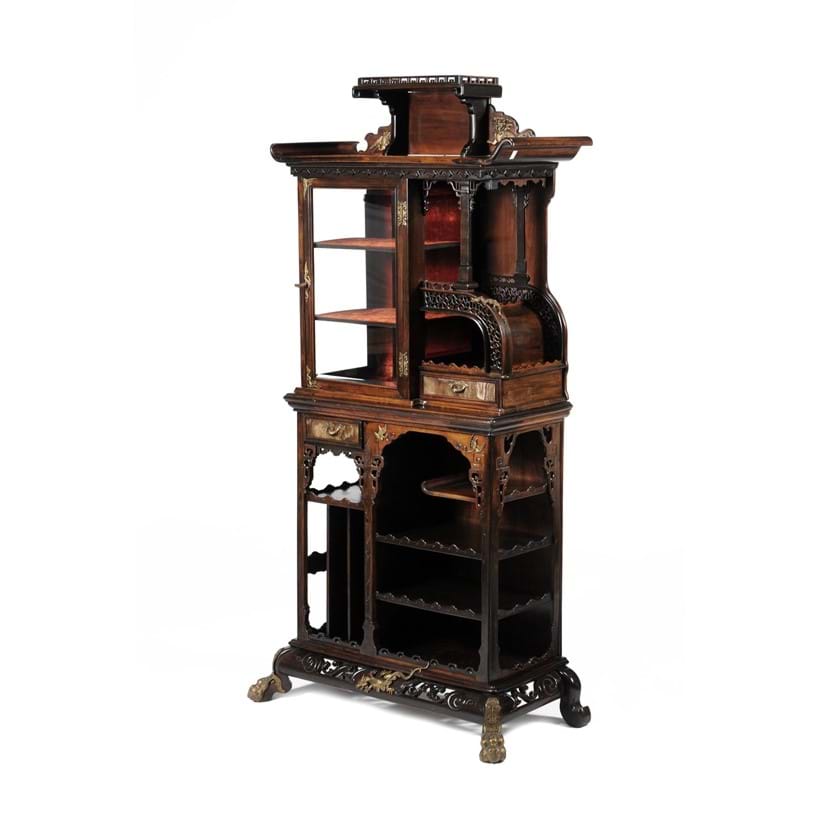 From a central London home

In January 2018 Dreweatts hosted a spectacular three-day auction, An Eye for Luxury: East meets West, a Private Collection of Applied and Decorative Arts. Featuring 750 luxurious, idiosyncratic lots of antiques and objects of desire which had been assembled over a period of 30 years, however, they had mostly remained in storage with some pieces not having been unpacked since purchase.

Property from a London apartment (lots 110-204) hails from the same collector, but, unlike the pieces in the January auction, this group furnished and decorated the client’s central London home. Furniture, works of art, mirrors, lighting, silver, glassware and ceramics span from the antique to the contemporary and the grand, opulent eye of the collector is much in evidence. An eclectic taste effortlessly combines classic items with the unusual and quirky so allowing the possibility of furnishing exciting and unexpected interiors. 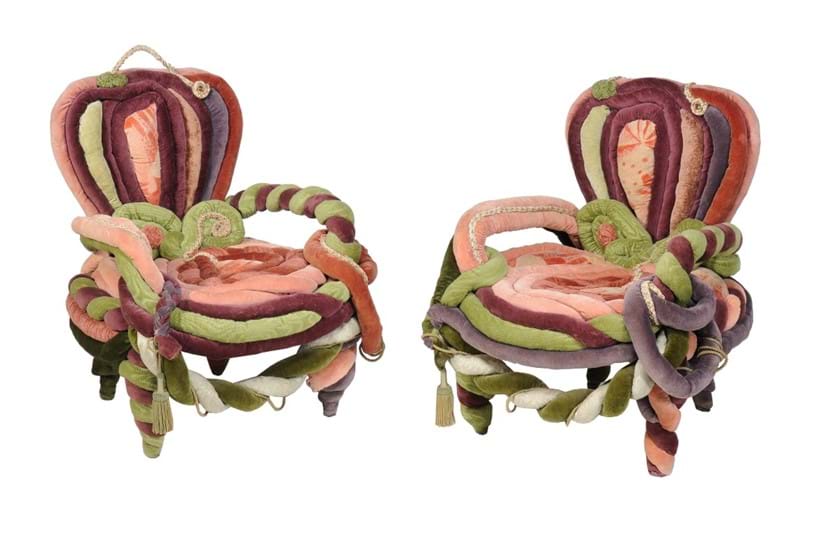 This fine mid-nineteenth century desk revives the seventeenth-century technique of ‘Boulle Work’, first developed by the French cabinet maker André-Charles Boulle, who carried out many commissions for the court of Louis XIV. ‘Boulle Work’ is a technique of veneering the wooden carcass with intricate patterns of metal on a contrasting background, usually of red tortoiseshell. The revival of the precious technique of 'Boulle' inlay took place during the second half of the 19th century when Napoleon III, nephew of Napoleon Bonaparte, was Emperor of the French. The prevailing political project was to establish the ‘Second Empire’ as a grand dynasty. The desk here harks back to the time and grandeur of illustrious French monarchs like the Sun King. 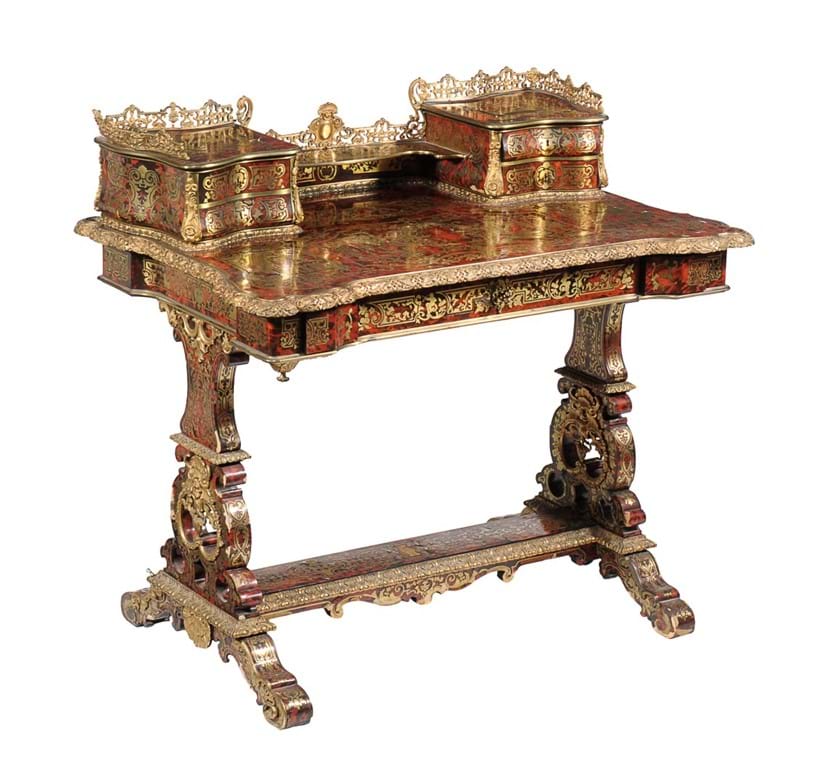 The ‘Market Garden’ pattern was first produced by the firm of Herend in the 1850s, and it provided the master painters of the Hungarian porcelain factory with a fruitful ground (literally and figuratively) to hone their skill. As Herend, like Meissen, was located behind the Iron Curtain it was unaffected by the need to economise on the cost of production processes, which in the West, especially England, led to the decline of many porcelain manufacturers. The Herend factory continued, uninterrupted, to perfect its elegant porcelain ware characterised by its distinctive patterns. To this day, Herend porcelain remains among the finest one can buy and it is a firm market favourite.

In the spirit of Ferdinando Pogliani

The dramatic contrast between the ebony and ivory inlay and the elaborate rinceau patterns crowded with playful animals and grotesques strongly recall the work of the 19th century Milanese cabinet maker, Ferdinando Pogliani. Between the drawers sits a central mythological scene on ivory which depicts a satyr leaping out towards a nymph, possibly Pan and Syrinx. The writing surface is adorned with medallions commemorating the eighteenth century monarchs Philip V of Spain and his second wife, Elizabeth de Farnese.

Brandimarte was founded in 1955, the firm produces hand chiselled and sculpted pieces in the age-old tradition of Florentine silversmiths. Brandimarte is renowned for their production of both ornate and minimalist pieces. 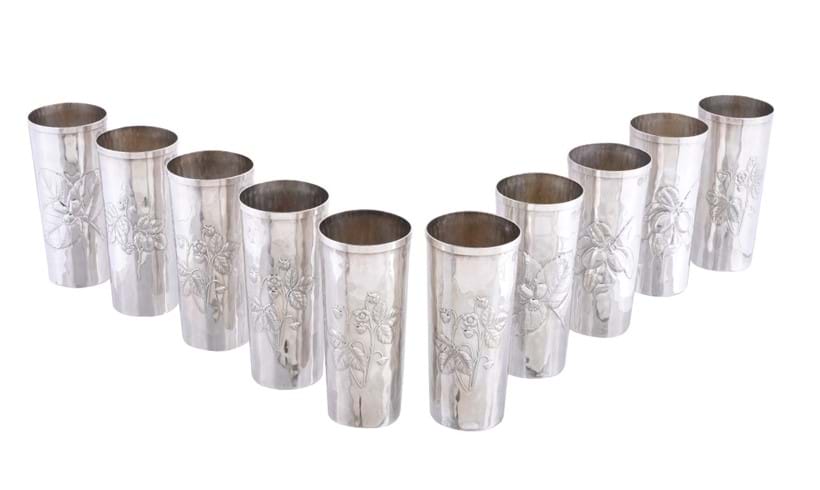 Join us for a drink when viewing is extended until 4pm.

At 11am Cristian Beadman and Charlotte Schelling will give a talk on the important collection of enamelled bronze works of art in the auction - the styles, techniques and technological innovations that shaped the revival of enamel production in 19th century France and its relevance in today’s market. 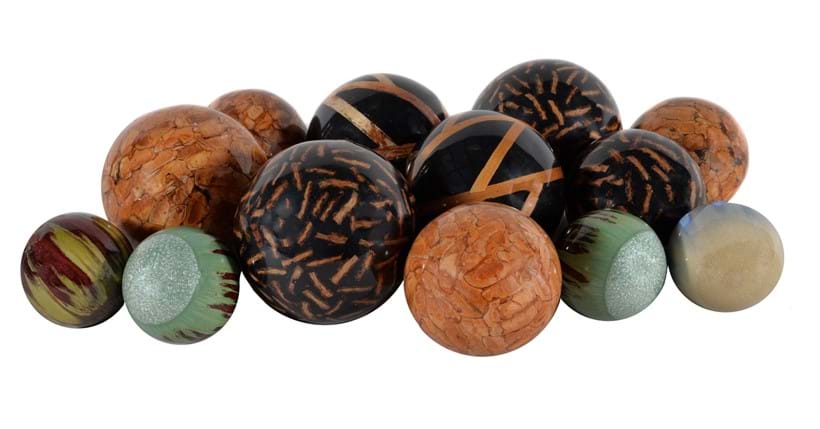