Dreweatts Fine Art department is seeking out hidden gems in the local shires to learn more about the area and share interesting places to visit right on your doorstep.

We will explore museums, artists’ residences, National Trust properties and exhibitions in the counties surrounding Donnington Priory. We will paint a picture of the wealth of culture in our area, highlighting important artists and artistic movements along the way.

Donnington Priory is set in beautiful Berkshire countryside sandwiched between Oxfordshire, Wiltshire, Hampshire, Surrey and Buckinghamshire. The auction house is in a perfect location: right in the middle of the shires and yet only a short distance from central London. 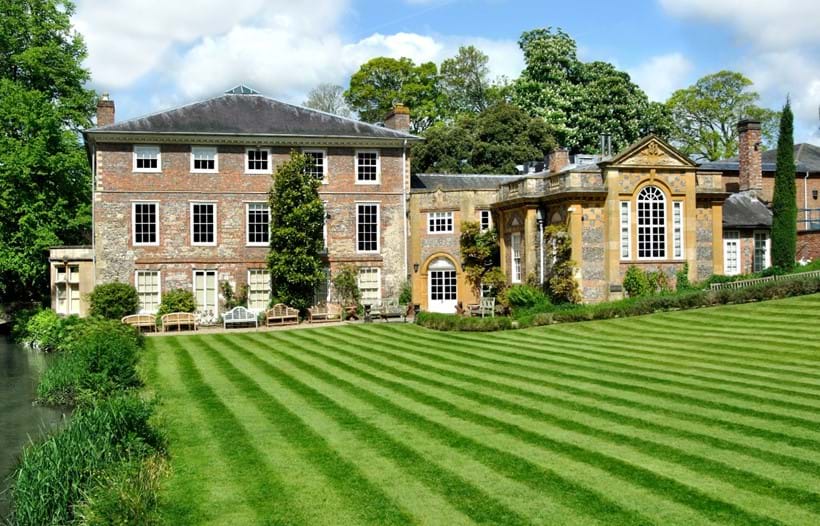 Dreweatts, based at Donnington Priory, near Newbury, West Berkshire

Our first adventure took us to Sandham Memorial Chapel in Burghclere, just a stone’s throw from Dreweatts and well worth a visit. This National Trust property was commissioned by John Louis and Mary Behrend in the 1920s to accommodate a series of paintings by local artist Stanley Spencer, with whom they had become good friends and patrons. Spencer admired early Italian Renaissance works of art, in particular Giotto’s Scrovegni Chapel in Padua which he described as a ‘Holy Box’. After the First World War, Spencer expressed a desire to create his own holy box in memory of the war where he could record his own experiences and emotions. The Behrends made this possible by commissioning the chapel as an artistic outlet for Stanley Spencer. The war memorial was dedicated to Lieutenant Henry Willoughby Sandham, Mary Behrend’s brother who died in 1919 of an illness he contracted during the Macedonian campaign. At the time this was not seen as a death in the line of duty and Sandham, along with many other nameless and forgotten soldiers, were omitted from any subsequent memorials. The chapel’s paintings took six years to complete, and act as a poignant reminder and a touching tribute to the sacrifice made by previously overlooked soldiers.

Walking into Sandham Memorial Chapel through the double doors you are immediately treated to a visual feast. Nineteen painted scenes drawn from Spencer’s own experiences during World War One where he served as an orderly with the Royal Army Medical Corps, both in Beaufort War Hospital Bristoland later with the infantry in Macedonia, immediately envelop the viewer transporting them right back to the war years of the early 20th century.

The scenes of everyday life experienced by many fighting soldiers include lugging kit bags and setting up camp,dressing under mosquito nets and being treated for frostbite. Spencer manages to portray a sense of hope and comfort through daily routines and keeping busy; logging the linen in the laundry room, a moment’s peace between large red bath-tubs, or jam and butter on white bread for recuperating soldiers.

Perhaps the most powerful scene of all is the largest of the works painted across the entire wall behind the altar – the Resurrection scene. Here the forgotten dead, those who made the ultimate sacrifice but were never recognised by the later war memorials, are depicted rising from their white-cross graves, shaking hands and making their way up to Christ who sits high at the centre. We assume that one of these figures would be Lieutenant Henry Willoughby Sandham. 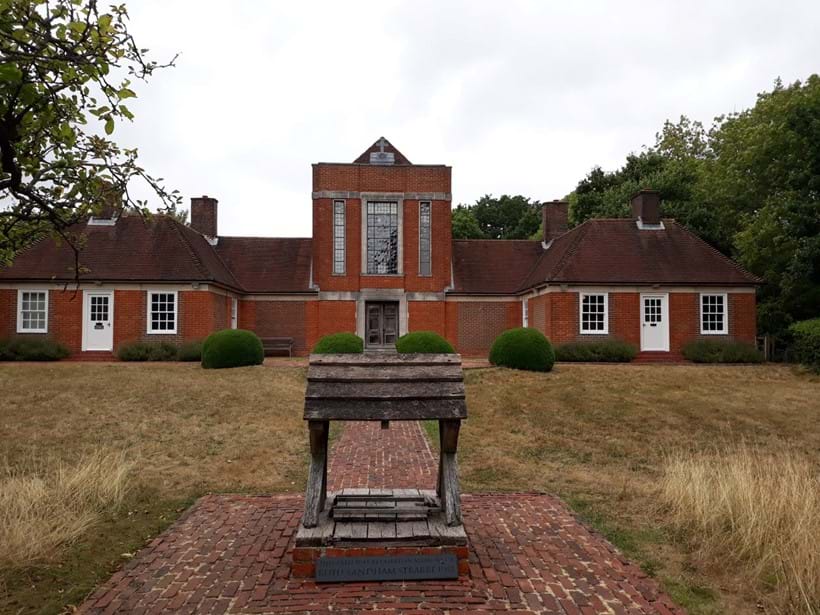 Sandham Memorial Chapel, in the village of Burghclere, Berkshire

The pilgrimage to the Stanley Spencer Gallery

After the experience of the Sandham Memorial Chapel we continued to the Stanley Spencer Gallery in Cookham, along with Fernlea, his family home. The gallery hosts a fantastic exhibition, Patron Saints, until November 4 2018. The exhibition highlights the importance of patrons throughout Spencer’s career. He was supported by a loyal group which included individuals such as Henry Lamb, Sir Edward Marsh, John and Mary Behrend and Sir Hugh Walpole, to name just a few.

When the chapel officially closed in 1904 Spencer was deeply affected as the chapel had brought him a space of great spiritual calm. The building was converted for reading and recreation for village residents and even a life drawing class which was suggested by Spencer. After his death the chapel was converted into a studio for the artist and friend of Spencer, Faith Gibbon. The Stanley Spencer Memorial Trust decided that it would be the perfect venue for the Stanley Spencer Gallery. Whilst the Tate holds the largest collection of works by Spencer, the gallery holds the largest collection of his works on display at any one time, along with his archives and personal objects, such as his palette and brushes and a pram which he used to carry his equipment around Cookham village. Spencer usually wore pyjamas under his suit along with a sign asking people to politely respect his wishes to not disturb him whilst he was at work. 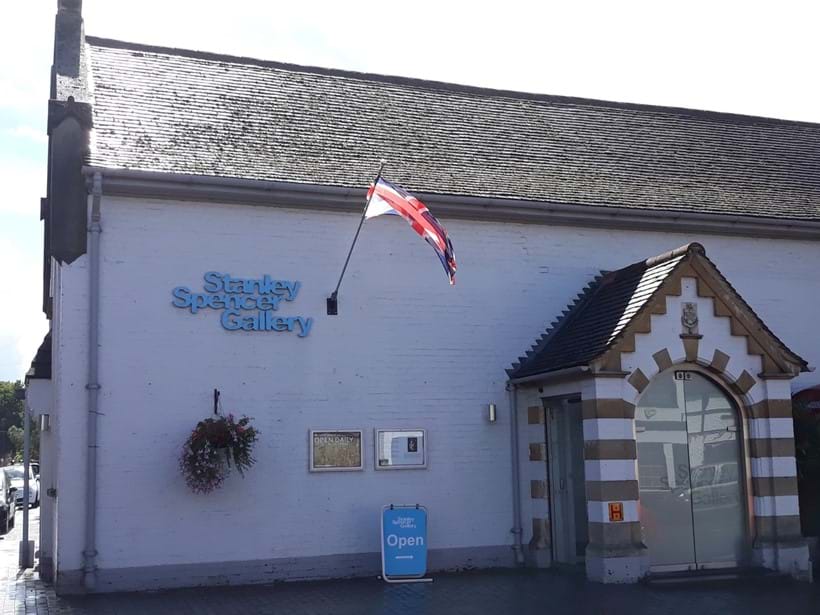 One of the most striking works for us was Love on the Moor. We were initially taken aback by the sheer size of it and on closer inspection the intricate detail that sprawled across the canvas. The painting celebrates the apotheosis of Nikka, who appears in the centre of the canvas as a statue of Venus on Cookham Moor. It brings together a number of Spencer’s most-cherished themes in the familiar setting of the Moor including religion, sex and sense of place. Spencer is depicted as a young boy seated on the grass, in isolation on the left hand side of the picture and he features again, grown up, entwined around the legs of the statue which represents his first wife Hilda, immortalized as Venus. Lovers of all ages embrace, laugh and exchange gifts. Spencer based his figures on real people from the village and used everyday scenes to create visionary and imagined parts of Cookham. The eye travels across the canvas finding amusing expressions and a labyrinth of textures and patterns.

Spencer studied at the Slade School of Fine Art, London from 1908-1912 under tutor Henry Tonks. His contemporaries included renowned artists such as David Bomberg, Paul Nash and Mark Gertler. Whilst at the Slade, Spencer surrounded himself with a group known as the ‘Neo-Primitives’. He became extremely interested in early Italian religious paintings from Giotto to Piero della Francesca and the colours used by French Impressionists, such as Paul Gaugin. As a young boy his father read the bible to him, and he called this ‘paradise’. However, Cookham was his ‘earthly paradise’ and the great significance he attached to Cookham stayed with Spencer throughout his career. He would visualise events in the bible taking place in Cookham as this anchored these stories in reality. This theme is evident in The Centurion’s Servant, 1914, The Last Supper, 1920 and Christ Preaching at Cookham Regatta, 1952-59 all on display in the exhibition.

Spencer returned to Cookham in 1918 after serving in the war. All Spencer’s later work, after the war can be seen as an attempt either to recapture his childhood emotions or to come to terms with present day reality. Spencer married his first wife Hilda Carline in 1925, and they had two daughters. However in 1935 Spencer developed an obsession with Patricia Preece, an artist who lived next door with her lover Dorothy Hepburn. Spencer married Preece a week after divorcing Hilda and led a rather unconventional married lifestyle with Preece. During the Second World War, Spencer was taken on by Dudley Tooth who acted as his dealer. Tooth helped Spencer land one of his most important commissions for the War Art Advisory Committee, Shipbuilding on the Clyde, which celebrated the sanctity of everyday life during these dark times, a theme to which Spencer would return throughout his life as a way of dealing with the emotional strains of the tragedy of war. In the exhibition, scenes of everyday life flood the chapel including Domestic Scenes: At the Chest of Drawers, 1936 which illustrates two ladies rifling through their chest of drawers, a mundane yet amusing scene. Also in 1936 Spencer painted Girls Returning from a Bathe showing two ladies holding their inflatable rubber rings. Spencer was knighted in 1959 the year he tragically passed away of cancer. 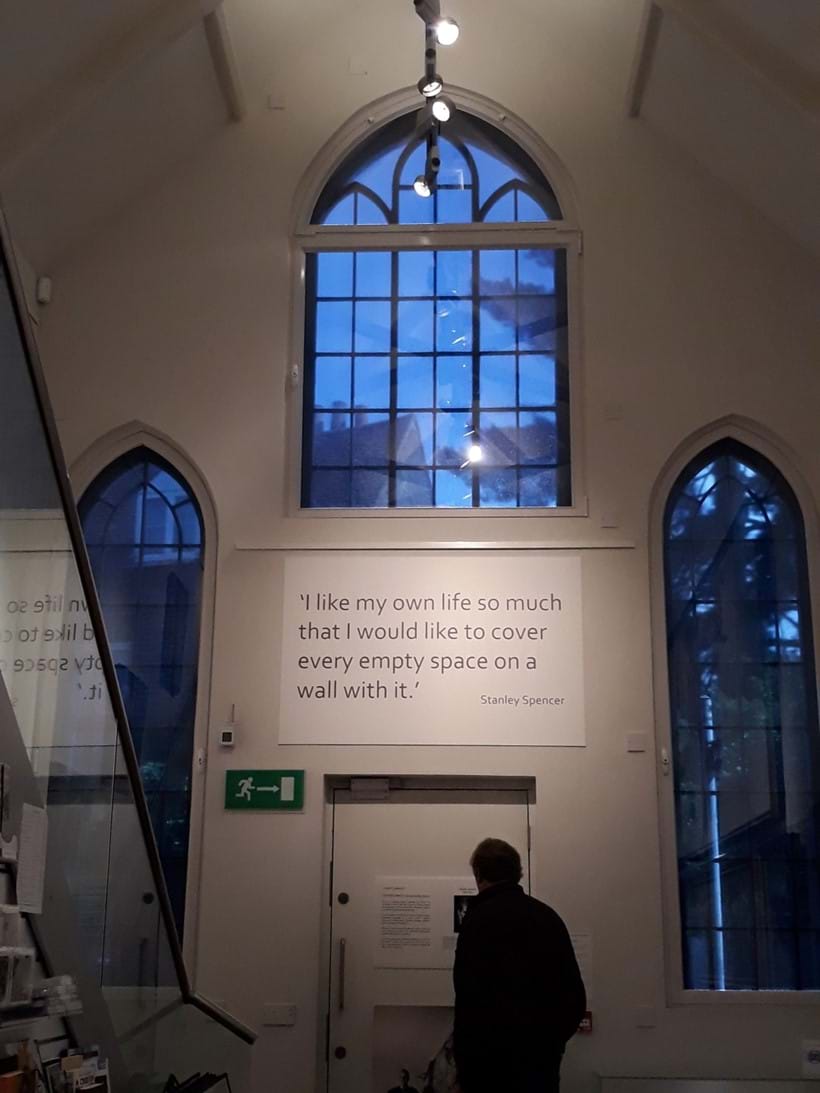 The interior of the Stanley Spencer Gallery, Cookham, Berkshire

Whilst exploring Burghclere and Cookham we were captivated by the network of artists living in the Berkshire area in the first half of the 20th century. Not only, of course, Stanley Spencer, but, others such as Henry Lamb, Patricia Preece, Dorothy Hepburn, Hilda Carline, Dora Carrington and Muirhead Bone.

Do you have a work by one of these artists? Dreweatts is accepting consignments for the forthcoming Fine Art auctions. We would be happy to provide a free valuation via email or arrange a house visit, contact us: pictures@dreweatts.com | +44 (0)1635 553 553. 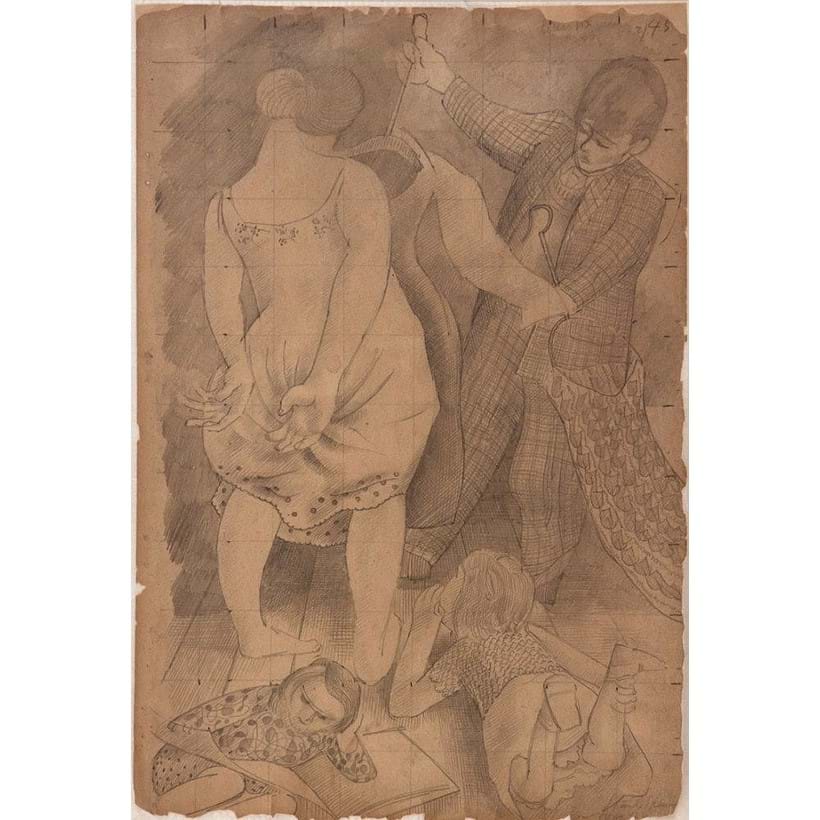