Our Interiors sale on 30 October features a mix of furniture, ceramics, works of art, but also the selected contents of Clifton Maybank, Dorset, from the collection of the late Professor Michael Jaffé CBE, Litt.D., FRSA (1923-1997).

Dreweatts are delighted to be starting this Autumn's Interiors sale with 120 lots from Clifton Maybank. The late Michael Jaffé, a noted art historian and former Director of the Fitzwilliam Museum in Cambridge, bought the estate in 1971 and set about furnishing it with items in the catalogue.

Jaffé held many positions in the UK and the USA including Head of the Department of Art History at Cambridge and Professor of Renaissance Art at Washington University. He was Drawings Connoisseur and had a particular interest in the work of Rubens and the Old Masters. The collection largely comprises English Country House furnishings and objects from the late 17th century to late 19th century as well as an interesting array of taxidermy. 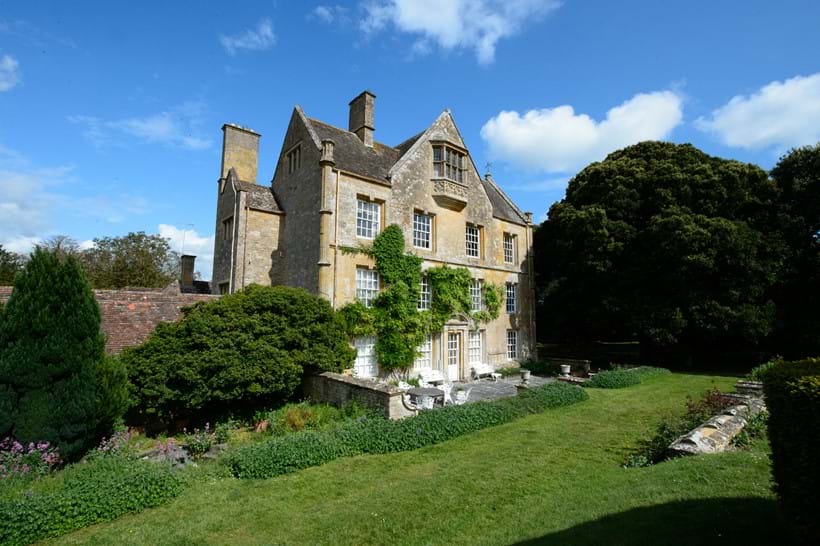 Satinwood Carlton House Desk in the manner of Holland & Sons

One of the standout lots from this private collection is lot 19, a satinwood Carlton House desk in the manner of Holland & Sons.  This example dates from the early 20th century but harks back to a period 100 years earlier. It follows the form that was invented for the Prince Regent, later George IV, and by repute supplied to him at his London residence, Carlton House, by George Hepplewhite. The design for desks of this type were presented by Thomas Sheraton in his book of designs, The Cabinet-Maker and Upholsterer's Drawing Book (plate LX), and has remained a popular design ever since. 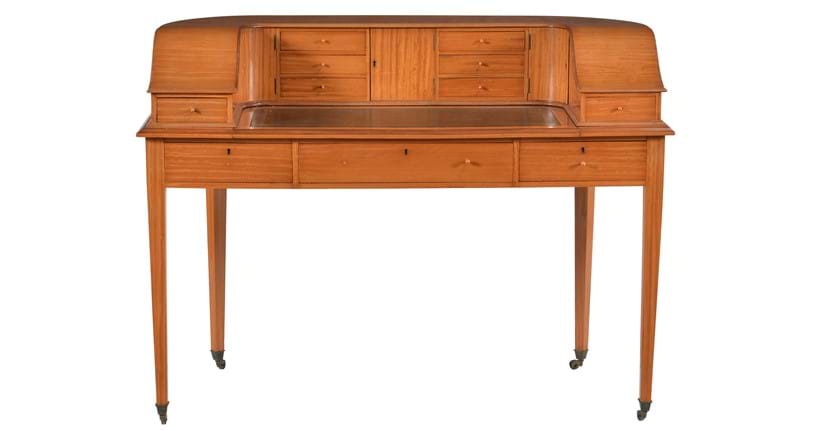 Also included from the collection is a George IV mahogany salver stand (lot 57) which can be firmly attributed to the renowned furniture makers of this period, Gillows of Lancaster. The attribution to Gillows is on the basis that a very similar salver stand is illustrated and described in Susan E. Stuart’s seminal work ‘Gillows of Lancaster & London 1730-1840’, published by the Antique Collectors Club. 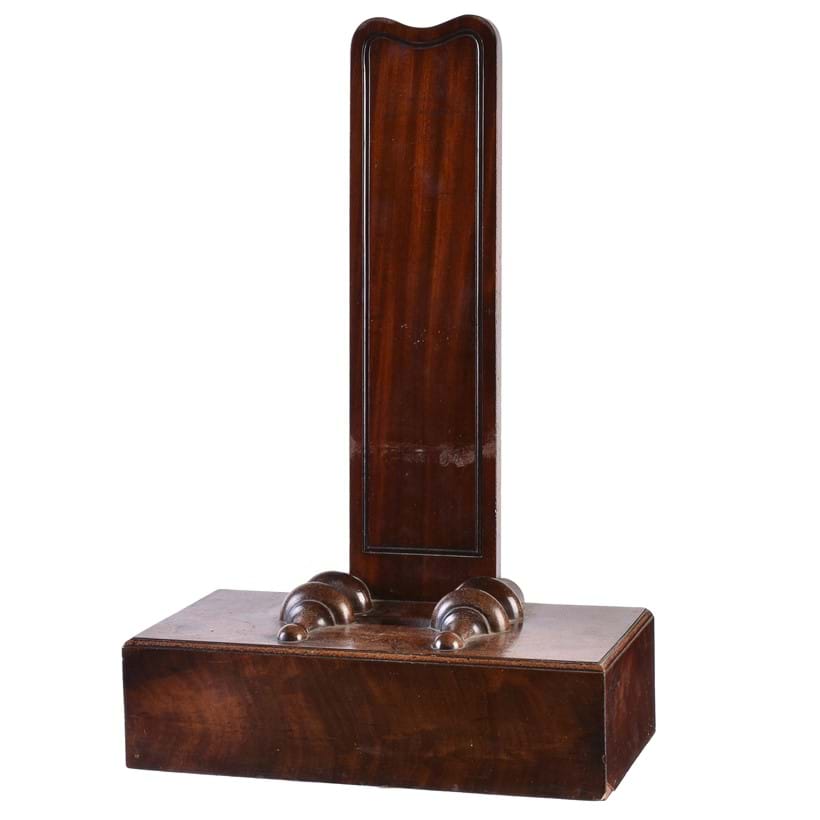 Another particularly interesting highlight from this consignment is lot 48, a Wedgwood black basalt bust of Democritus. This is typically modelled after the original by Keeling for Wedgwood & Bentley and stands at 30cm high overall. A larger, earlier version of this bust is held in the Metropolitan Museum of Art, New York. 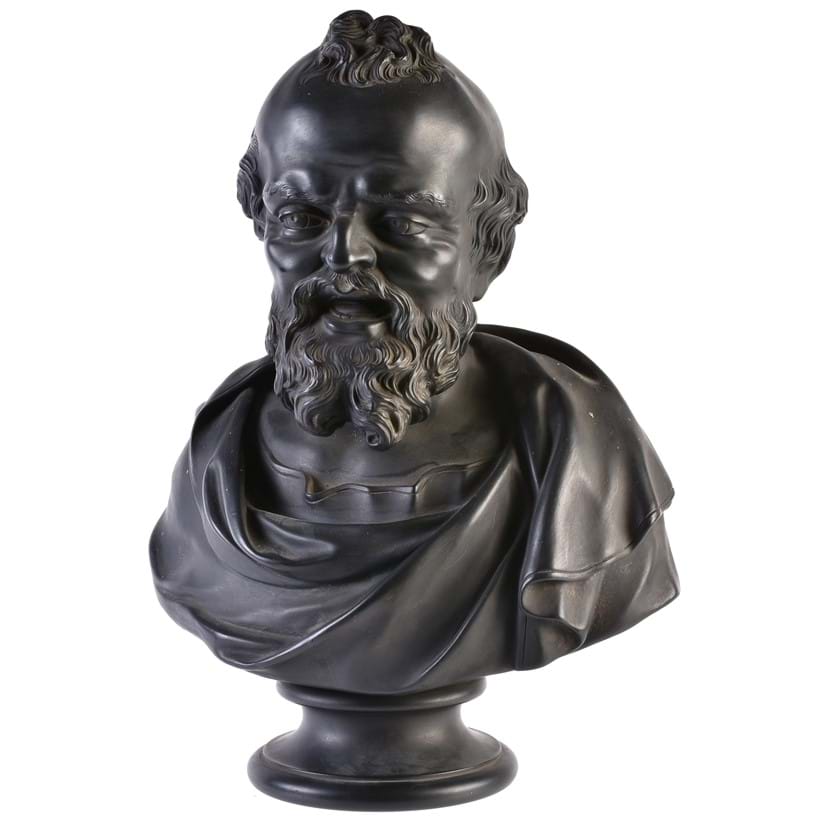 A Bronze Plaquette Depicting an Allegory of the Triumph of Poverty

Included in the fascinating array of early sculptures from the Jaffé collection is a fine late 16th or early 17th century bronze plaquette (lot 69) after engravings designed by Dutch artist Maarten van Heemskerck (1498-1574).

The Allegorical scene represents a ‘Triumph of Poverty’, with Poverty herself dressed in rags and seated on a wicker cart drawn by emaciated donkeys. She is accompanied by further allegorical figures including Servitude and Fragility. This unusual, not very exuberant Triumph was part of a larger cycle of designs by Van Heemskerck called the ‘Vicissitudes of Human Affairs’, probably engraved by Cornelis Cort around 1564. The present plaquette illustrates the popularity and varied uses of engraved imagery. Similar examples are held in renowned collections worldwide, including that of the Metropolitan Museum of Art, New York, and the Victoria & Albert Museum, London.

In addition to this collection, the Interiors sale comprises the usual "Dreweatts’ Interiors" mix of furniture, carpets, works of art, lighting and clocks, spanning from 17th century oak up to the more elaborate Regency and Victorian periods.

Illustrated here is a hall stand (lot 156) in the manner of the leading London cabinet makes James Shoolbred & Co. but by a M W Edgley of Fleet Street and bears the remains of an old paper label for this firm to the rear. We have previously sold similar examples by the renowned firm of Shoolbred in our Fine Furniture sale on the 15 June 2016. 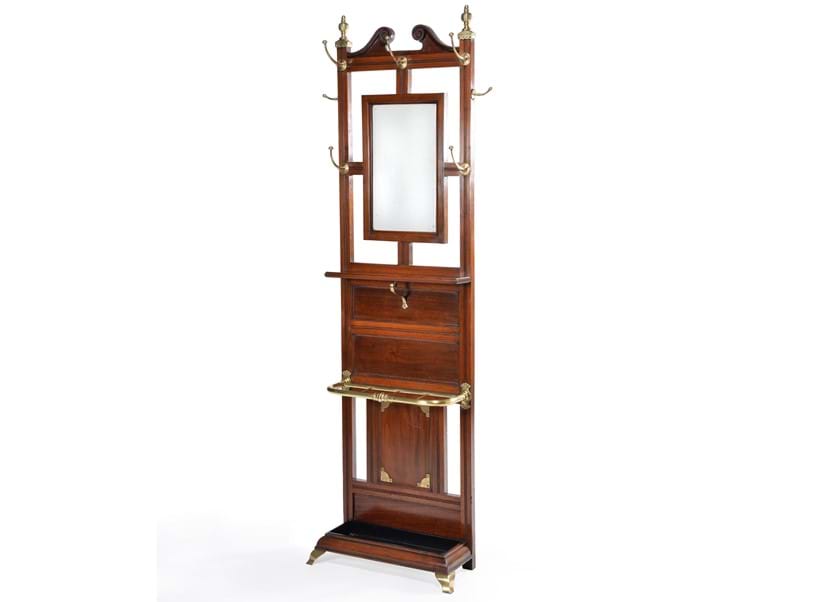 The sale also contains a Meissen indianische Blumen (rust) and gilt part dinner service (lot 203), with enough pieces to comfortably serve ten whilst also allowing for some spare pieces. The pieces feature the blue crossed swords mark as well as cancellation marks which mean they were decorated away from the Meissen factory. 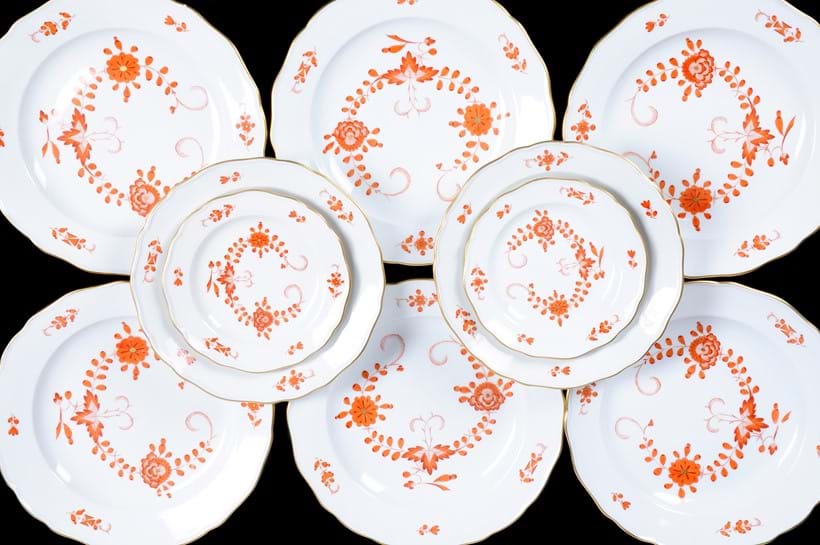