This year’s Spring Interiors sale is split into two days with Day One featuring three specialist sections dedicated to European ceramics and glass, decorative arts post 1860 as well as sporting items. Following on, Day Two includes the usual mix of Dreweatts’ Interiors – furniture, carpets, works of art, lighting and clocks – with lots spanning from the 17th century up to the more elaborate Regency and Victorian periods. The sale also features items from some of the most celebrated cabinet makers of the 19th century including Gillows of Lancaster and London and Holland & Sons, and a collection of early English and Continental metalware.

Kicking off the sale we have over 100 lots of British and Continental ceramics and glass, dating mainly from the 18th and 19th centuries. Included is a pair of Meissen flower and fruit encrusted ozier-moulded baluster vases (lot 49).

These are late 19th century and feature the signature blue crossed swords mark as well as cancellation marks which mean they were decorated away from the Meissen factory.  They stand at an impressive 36cm high. 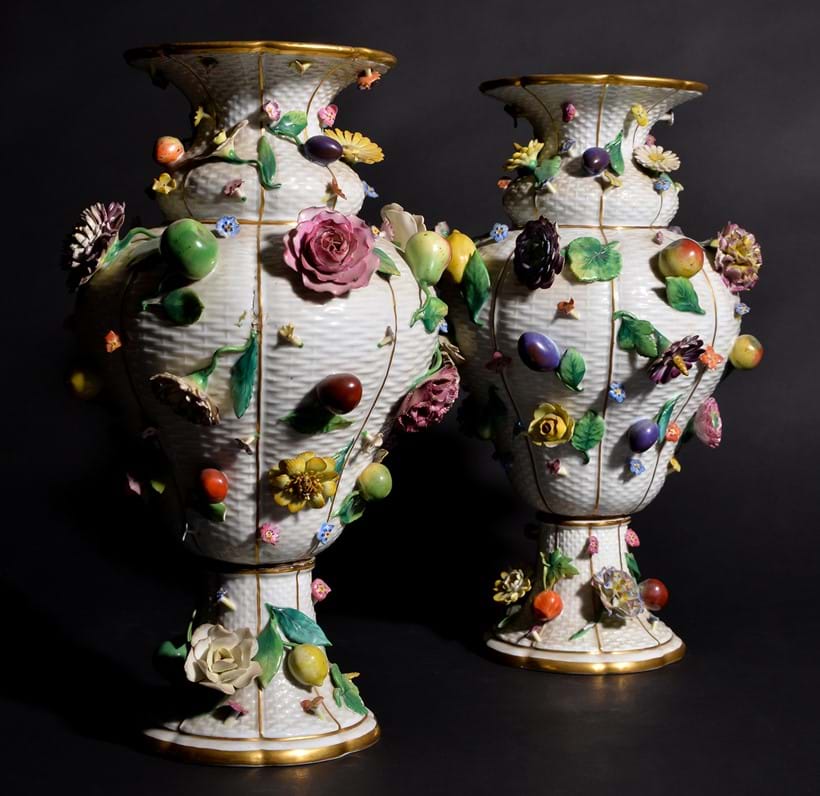 The sale then moves onto selected items of Decorative Art post 1860 which has pieces spanning from the Aesthetic period through to 20th century modern design.

Included are three lots of ivory and bronze figures by the leading Art Deco sculptor Ferdinand Preiss. His works usually depict naturalistic Art Deco women often in either sporting or theatrical settings such as in the lots offered here.

One of these is Cabaret Dancer (lot 174), featuring a female dancer with arms outstretched and in stocking clad legs.  She is framed by a large C shape arm that supports the large domed shade. The figure herself is just over 31cm high and together with the large shade stands at a striking 80cm overall. She is, unsurprisingly, featured on the catalogue’s cover. 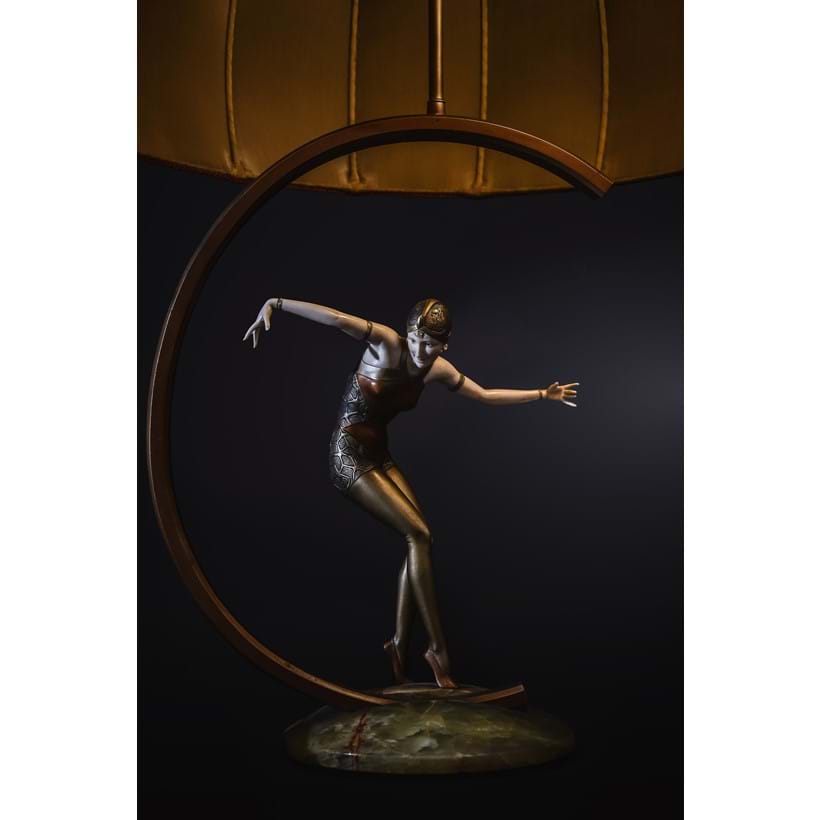 The final section of Day One is made up of a selection of Country Sporting items. This is an eclectic mix featuring taxidermy, guns, sporting pictures and prints. Included is a Victorian leather, brass-bound and oak lined gun case by the renowned gunsmiths J Purdey (lot 252A).

This would add a touch of class to any day’s shoot and at £300-500 is much more affordable than the guns that would once have been housed here! It dates from the third quarter of the 19th century.

The paper label to the interior states Purdey’s address as 314 ½ OXFORD STREET; from the company history we know they had moved out of this address by 1883. Another case is included in the lot which is designed to take a pair of shotguns. 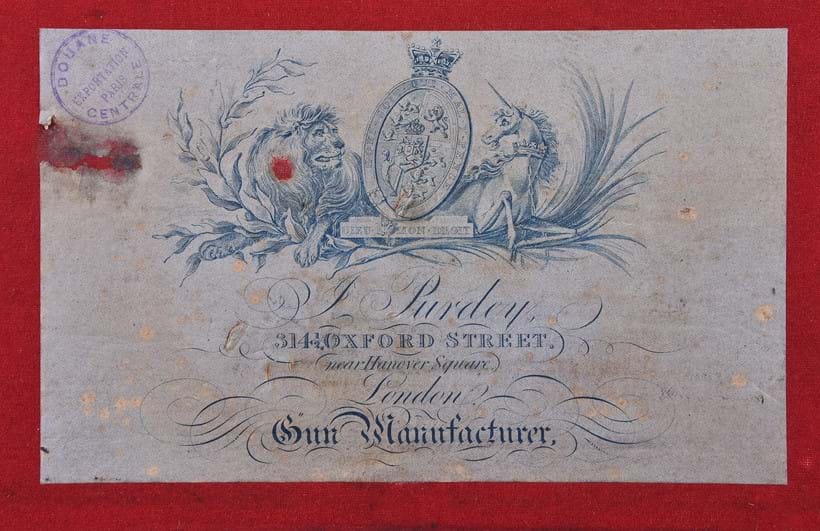 We are also pleased to include in this section six lots (Lot 260-265) from the estate of the late Alan Emmett. Alan was a founder member of the British Decoy & Wildfowl Carvers Association (BDWCA) and illustrated here is one of his decoy ducks (Lot 263).

On Alan’s death, the Association dedicated a memorial trophy in his name – the Alan Emmett Memorial Trophy – which is awarded each year by the BDWCA to the best newcomer. 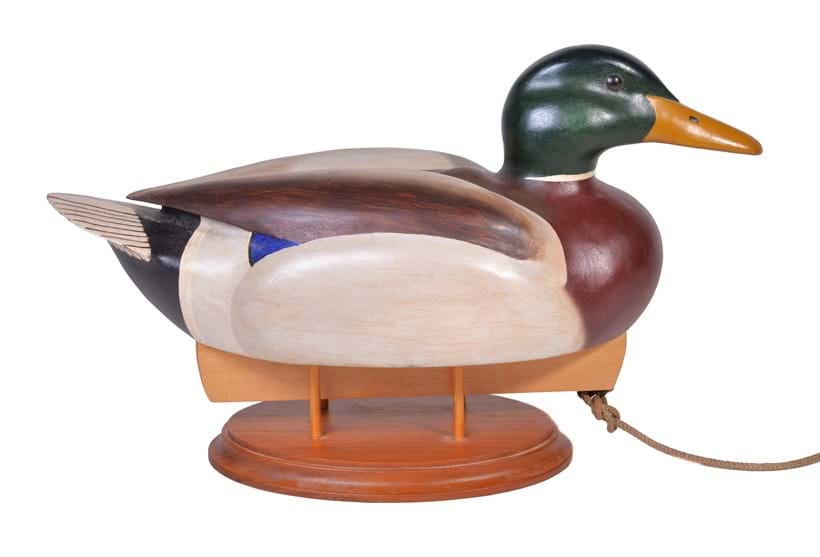 Moving onto Day Two, the sale includes a set of six George IV simulated rosewood dining chairs (lot 288), which are attributed to Gillows and follow the Kennedy pattern, each with acanthus carved cresting rail above the canework seat.

The attribution to Gillows is on the basis that the design of these chairs is illustrated and described in Susan E. Stuart’s seminal work 'Gillows of Lancaster & London 1730-1840', published by the Antique Collectors Club. 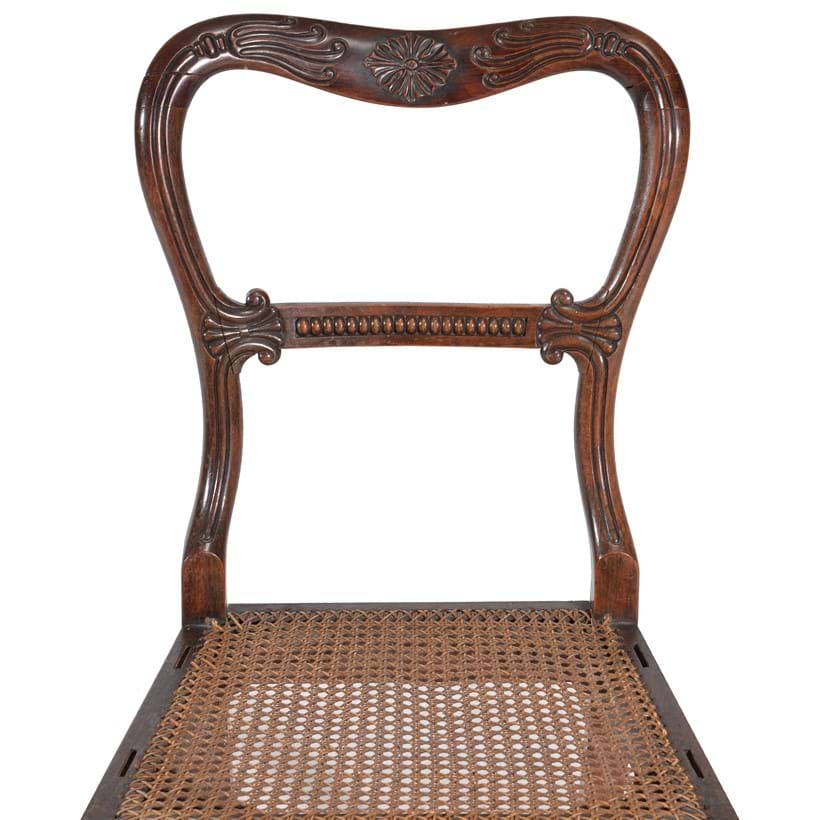 Another particular highlight from Day Two is lot 295, a Victorian ebonised, painted and parcel gilt papier-mâché writing box on stand, circa 1860, possibly by Jennens & Bettridge. The work box has a painted scene to the slope which encloses a velvet writing surface and hidden compartment. The whole work box is removable from the stand to reveal the chess board beneath. Jennens & Bettridge are perhaps the best-known makers of lacquered papier-mâché items in the 19th century. They acquired the workshops of Henry Clay, who was the japanner to George III and the Prince of Wales. Whilst this work box and stand are very much in their style, sadly there is no sign of a maker’s stamp. 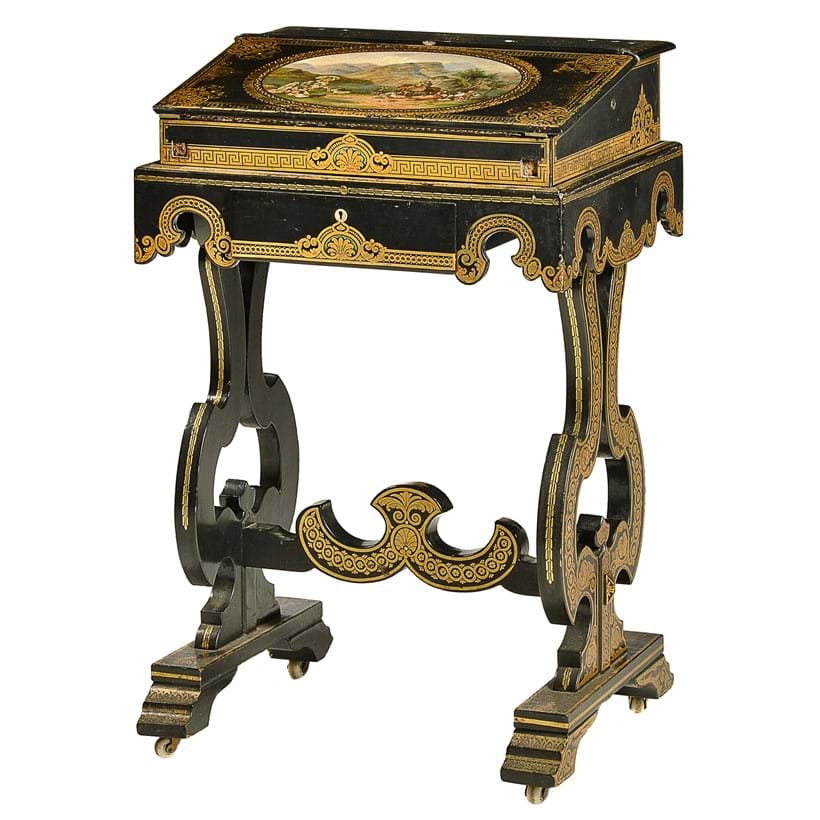 Day Two also contains several lots which are described as being in Egyptian Revival taste. Whilst this fashion started on the Continent, the initial Egyptian Revival happened following Britain winning The Battle of the Nile in 1798.  After this decisive naval victory, the fashion was for all things Egyptian, with ‘case furniture’ this often is displayed in the use of Herm pilasters flanking cupboard doors or open bookshelves such as in lots 332, 369, and 371 in this sale. Thomas Hope was perhaps the most famous exponent of this style incorporating many Ancient Egyptian elements, such as sphinges, in areas such as supports in his designs for sofas. The fashion continued throughout the Regency Period and into the later 19th century which is from when the lots in this sale date from. To read about the collection of early English and Continental metalware and tips on building your own collection by Charlotte Schelling, click here.