This July our Fine Jewellery, Silver, Watches and Objects of Vertu sale sees a highly curated selection of the loveliest pieces assembled by our discerning specialists over the past 3-4 months, spanning continents from the 18th century to the present day.

Sourced from private collections across Britain and continental Europe, the jewellery and luxury items include the most exuberant of Italian post war jewellery designers including Masenza (Lot 137), Cazzaniga (Lot 135) and Carlo Illario e Fratelli (Lot 207). 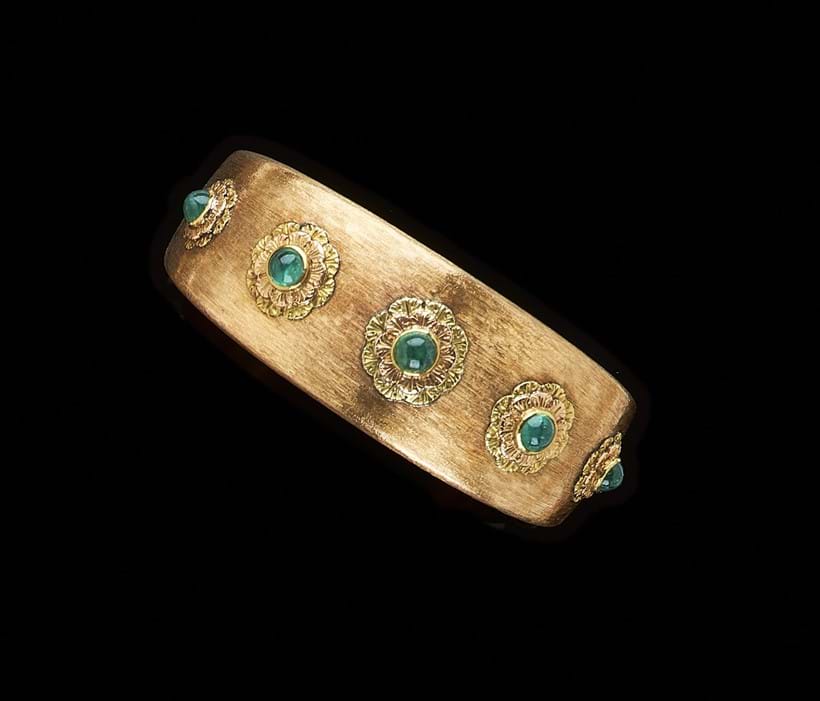 FASCINATING FACET: Masenza is considered to be one of the founding fathers of the artist jeweller movement in mid to late 20th century Italian jewellery design and promoted Italian artist jewellers and jewellery sculptors, including Edgarado Mannucci, Franco Cannilla, and Mirko and Afro Basadella amongst others from the late 1940s right through to the early 1980s from his jewellery shop in the Via Del Corso, in the heart of Rome. This brooch was first exhibited by Masenza in his Milan exhibition ‘Gioilelli Di Masenza’ in December 1949, and was also published in an article in Moda magazine on 16 December 1949. 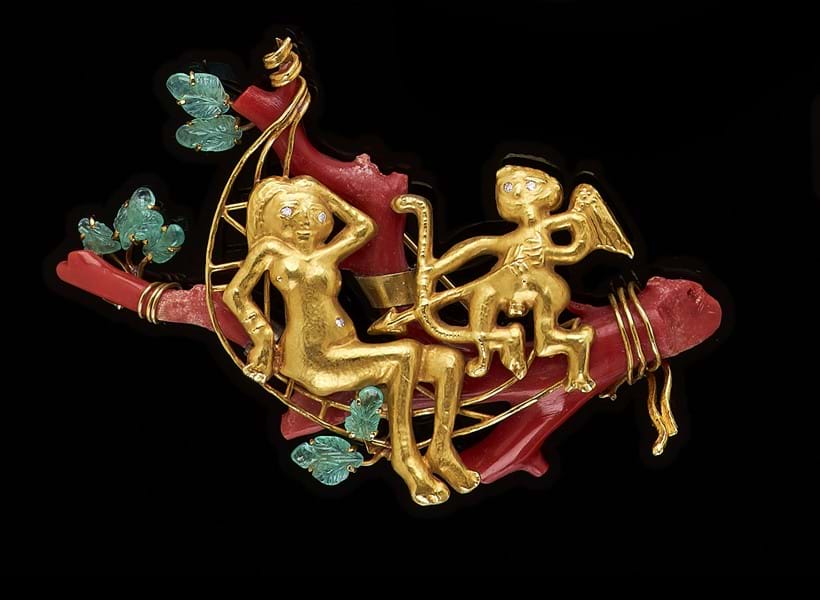 FASCINATING FACET: Introduced in the late 1940s, Serpenti watches found celebrity acclaim when Elizabeth Taylor was photographed wearing a gold and diamond version by Bulgari on the set of ‘Cleopatra’ in 1962.

This is a unique piece commissioned by Fasano Gioielleria of Turin and made by Carlo Illario in the ‘60s, a Valencian company founded in 1920 by three brothers whose expertise ensured it became one of the most highly regarded fine jewellery manufacturers of the 20th century. Designing and making haute joaillerie for amongst others Bulgari, Faraone, Fasano and Ventrella, not to mention the Italian Royal Family, today the family are still trading as Illario 1920, and continue to make the finest jewels, including contemporary interpretations of Serpenti bangles under the brand name Carlo Luca della Quercia. 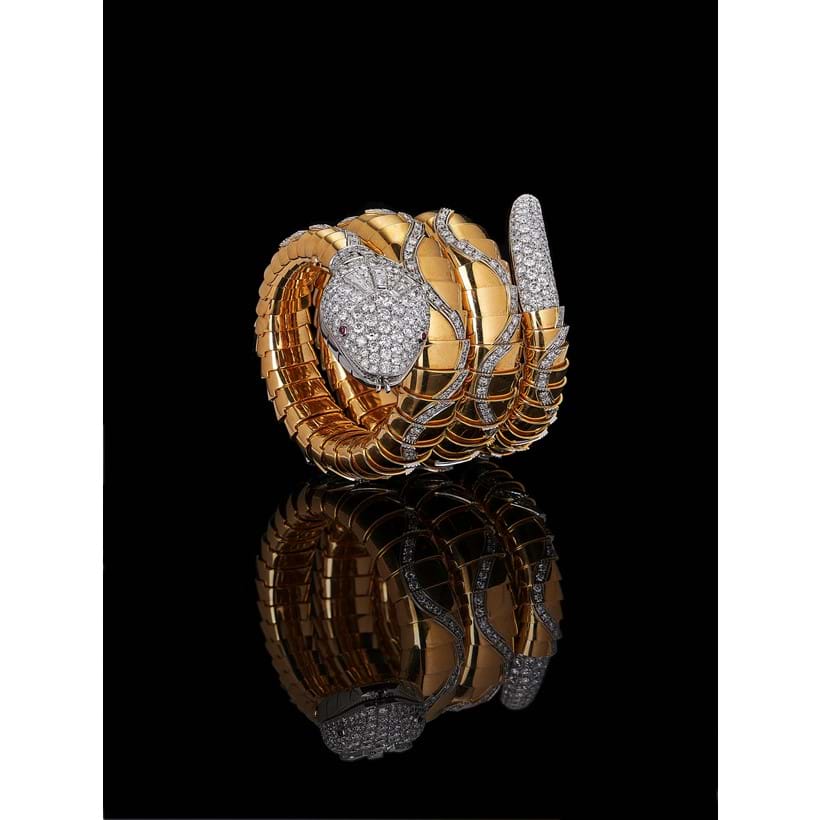 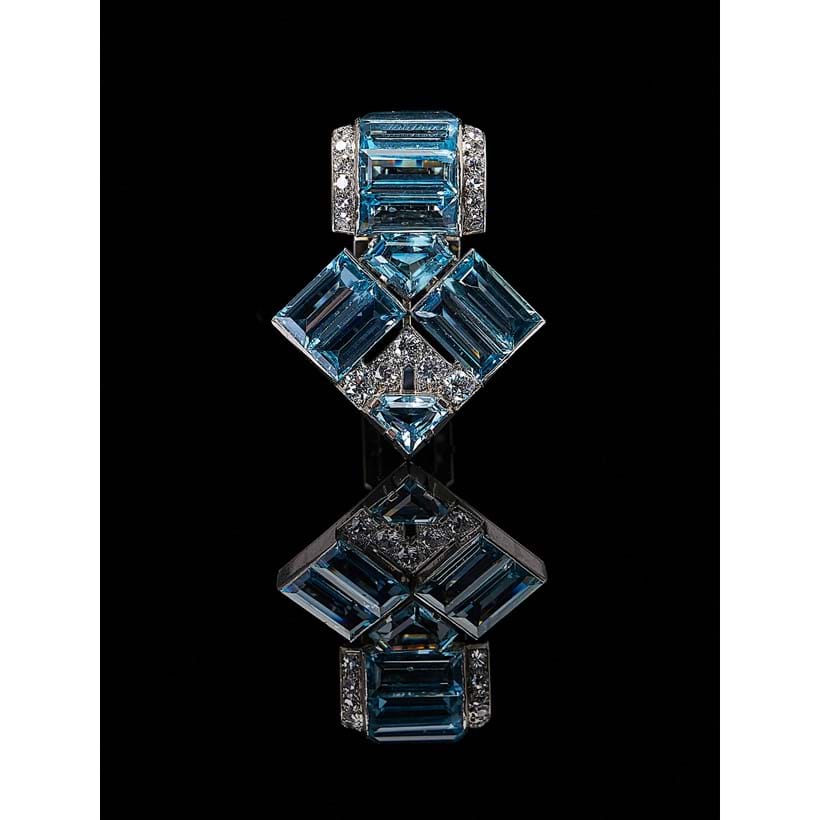 Susan Hampshire, CBE, is a three times Emmy Award winning actress. She has been a major figure of British film, television and stage since the 1960s, and in 1995 Susan was appointed

OBE for her charity work with dyslexic people. She was made Commander of the Order of the British Empire for services to drama and charity in the 2018 New Year Honours List. 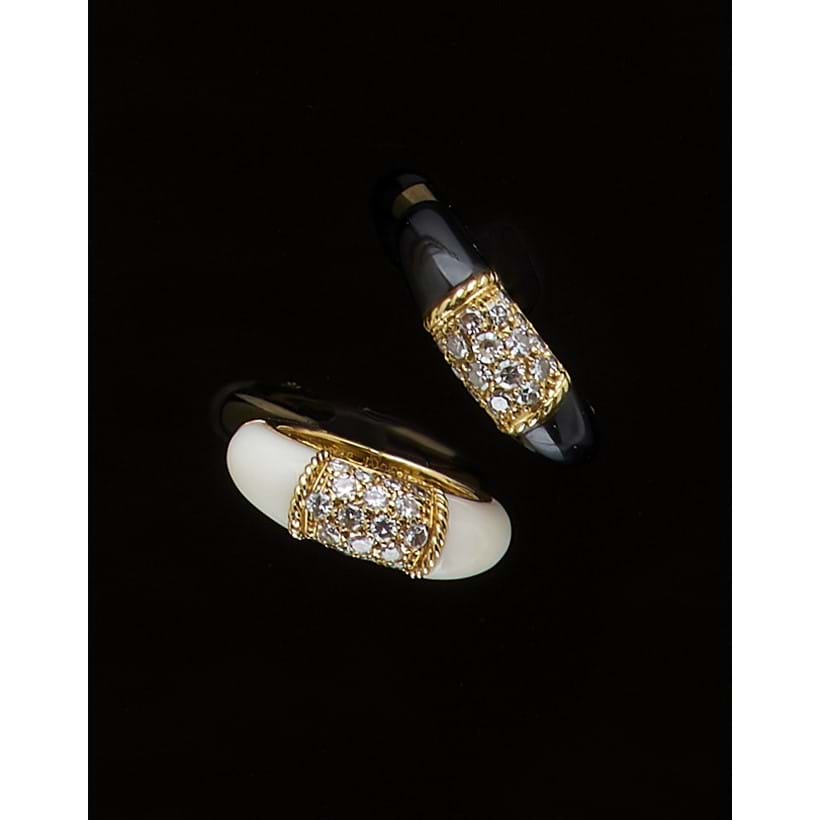 We are also able to present this exquisite and delightful brooch from one of the most effervescent and sought-after British designers of the mid 20th century, Joseph Kutchinsky (Lot 206). With silver from the finest of British silversmiths – including Paul Crespin, Paul Storr, and Hester Bateman… …and a fine selection of watches encompassing the most salient brands a collector could wish for, including Rolex and Cartier…

FASCINATING FACET: Coming from the family of the owner, this dive watch was worn by Johny Henry Simpson, aka ‘Jack’ Simpson, who joined the Royal Navy prior to the 2nd World War where he was deployed on Arctic Convoy duties – some of the most hazardous convoys ever carried out by both the Merchant and Royal Navy personnel. To find out more about the adventures of both Jack and his rare Rolex Submariner Comex watch click here or visit our online catalogue. 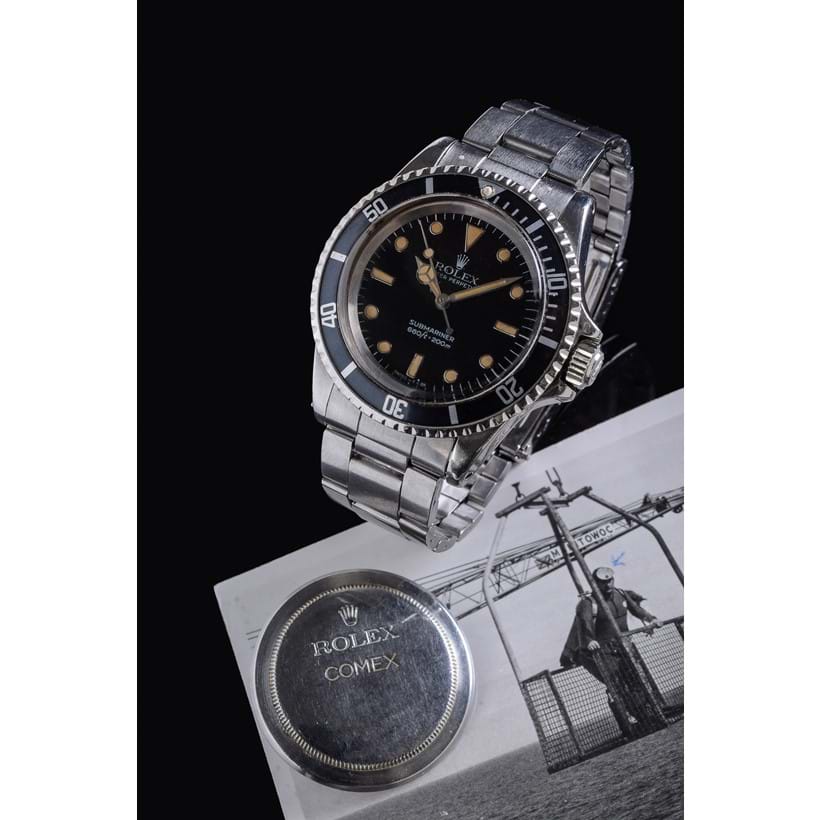 FASCINATING FACET: As one of the first four models that marked the re-birth of the brand in 1994, the Lange 1 is now the most recognisable watch from A. Lange & Sohne. With its idiosyncratic off-centre chapter ring and a double date aperture modelled on the five-minute clock in Dresden’s Semper Opera House, the Lange 1 is the template on which numerous complications have been based. In 2003, the Sincere Watch Boutique in Singapore commissioned a limited edition of 100 examples of the Lange 1. In a change to the simple dial typified by the brand, the ref. 112.049 a pin-stripe guilloché to the dial background with sunburst detail to the sub-dial centres. 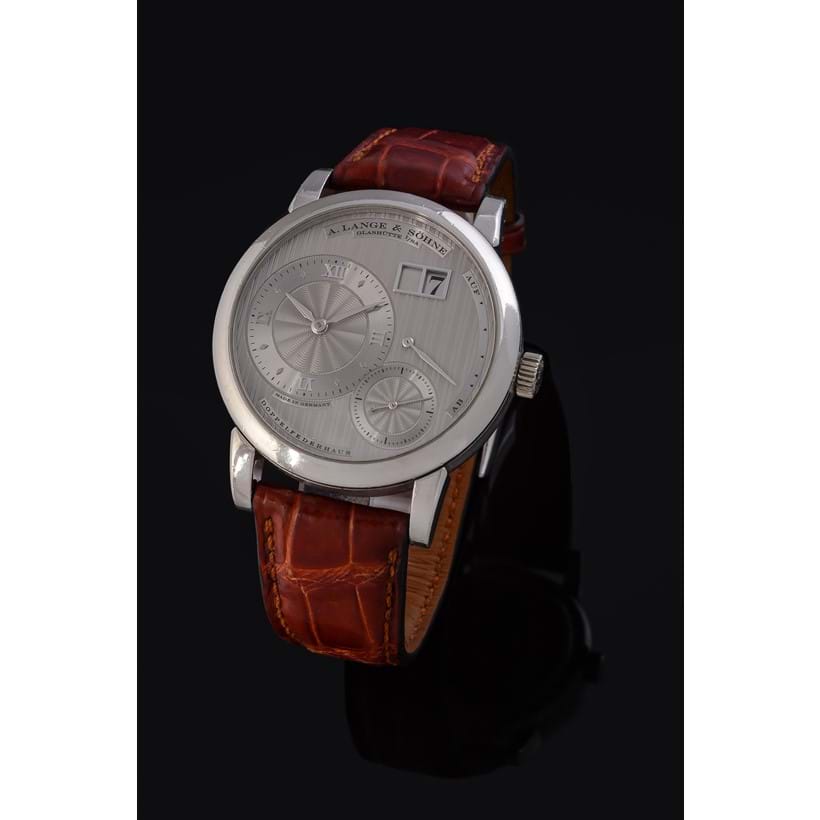 FASCINATING FACET This necklace clasp belonged to Frances Laura Spencer-Churchill (née Charteris), Duchess of Marlborough (1915-1990), the sister of novelist Hugo Charteris and Ann Charteris (the wife of Ian Fleming). Married four times, Laura was variously Viscountess Long, Countess of Dudley and became Duchess of Marlborough upon her fourth marriage, to John Spencer-Churchill, 10th Duke of Marlborough, who sadly died 6 weeks after their wedding. Perhaps less well known is the fact that Laura served as an auxiliary nurse for the Royal Navy during World War II. Laura died in 1990 aged 74, and the necklace and diamond clasp offered here is by direct family descent. 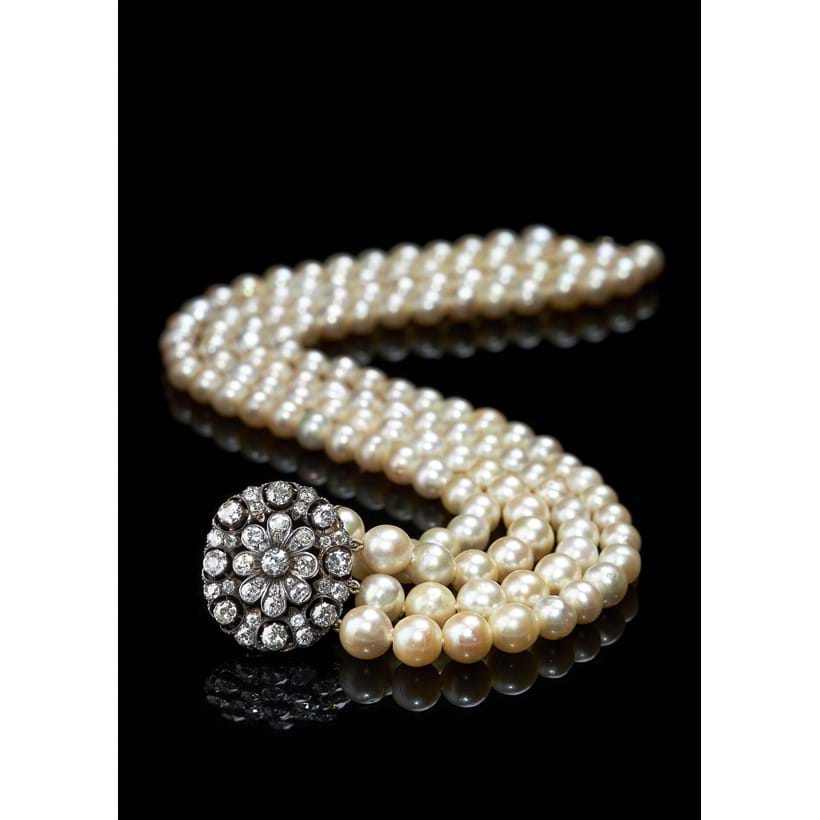 … we do hope you find something to satisfy your heart’s desire in Dreweatts’ Fine Jewellery, Silver, Watches & Objects of Vertu this July.