With items from the Classical civilisations of Cyprus, Egypt and Rome, through to the medieval workshops of the Mediterranean and Northern Europe, and including contemporary makers, the sale consisted of religious and secular sculpture, in marble, limestone, bronze and terracotta; domestic items in wood, glass and silver and for the garden, urns, pagodas, pergolas and furniture. 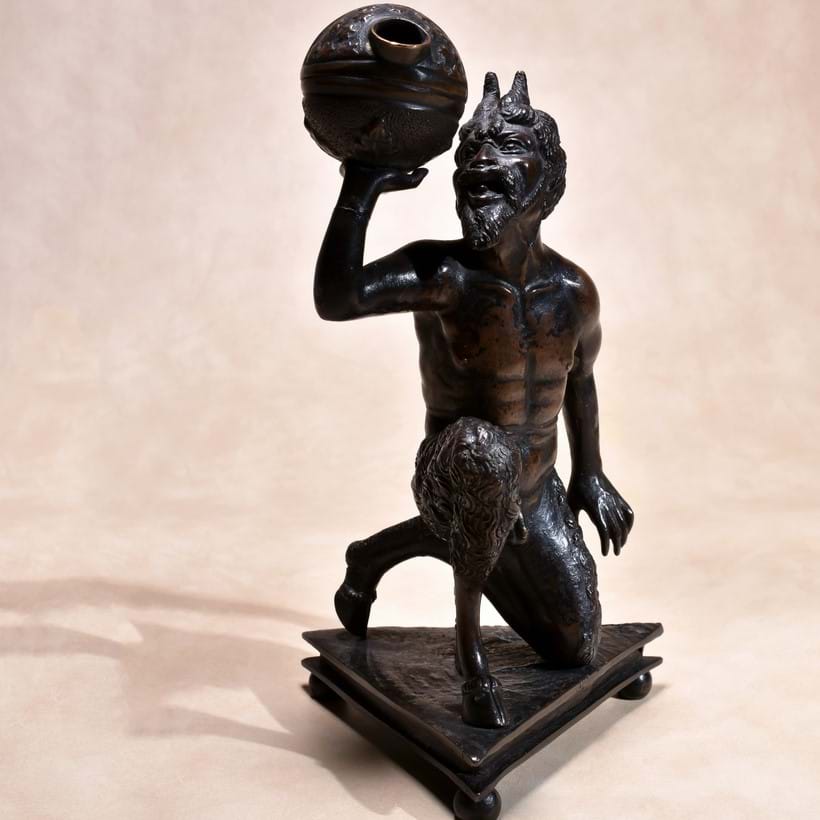 Attributed to Severo Calzetta da Ravenna (active circa 1496-+1543), Italian, Padua, A bronze model of a kneeling satyr mounted as an oil lamp; sold for £9,920

Commenting on the market, Cristian Beadman, Head of Department, said ‘We were delighted with the results of the auction, with participation from UK and international buyers and many of these new to Dreweatts. Pieces dating from before 1800 can rightfully be regarded as old master works given they are Renaissance statement objects. They are the three dimensional equivalent of the fine art of the era. We were particularly encouraged by the positive feedback from our client base who welcome and support this new auction format’. 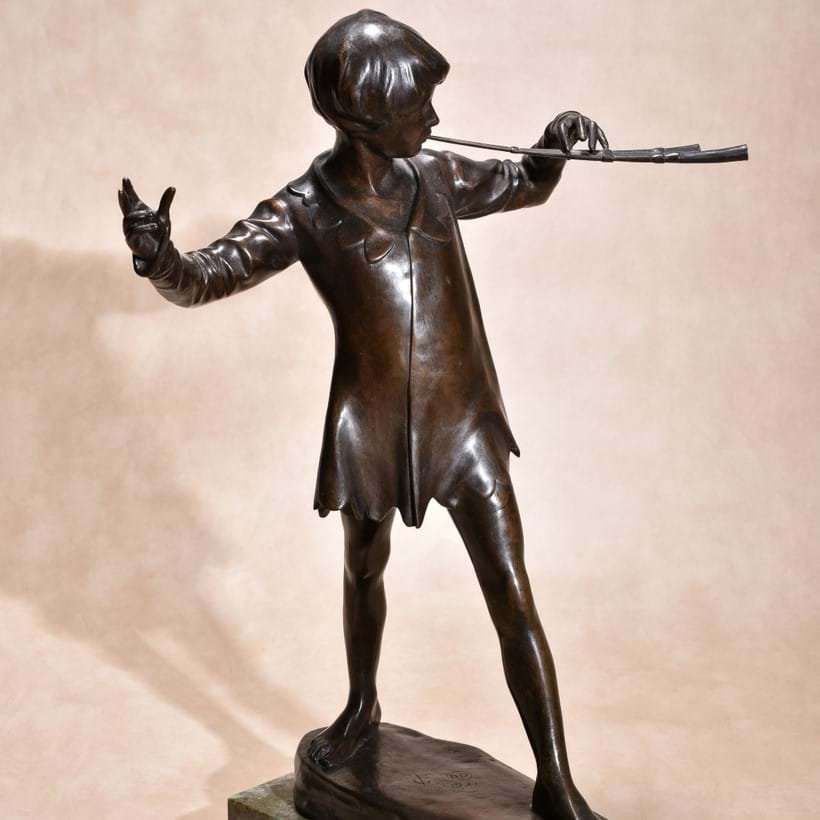 This charming bronze is after J.M. Barrie’s original commission located in Kensington Gardens. Sir George Frampton trained originally as an architect before studying sculpture at Lambeth School of Art and later at the Royal Academy Schools. He was a central figure in the New Sculpture movement whose ethos rejected classical prototypes in favour of new allegorical figures chosen to express abstract ideas about the human condition. Frampton received many honours and commissions for public monuments, notably Queen Victoria, Queen Mary and the Edith Cavell Memorial, 1920.

It is likely Frampton will be best remembered for his sculpture of Peter Pan, the original 14 foot work was placed overnight in Kensington Gardens in April 1912, without permission, as a gift to local children. Barrie published a notice in The Times the following day in which he stated ‘…the bronze figure of the boy who would never grow up is delightfully conceived’.

The auction also included a substantial and varied group of garden ornament. The June date also allowed the display of these pieces well in advance of the auction in the stunning grounds of Donnington Priory. The large expanse of lawn, the mature trees and the River Lambourn which runs alongside the Priory provide the perfect setting.

Lot 140, showing above, was likely to date from the 18th century, with circular tops on roughly rectangular section tapering bases. The largest stone in the group of four measured 116cm in height. 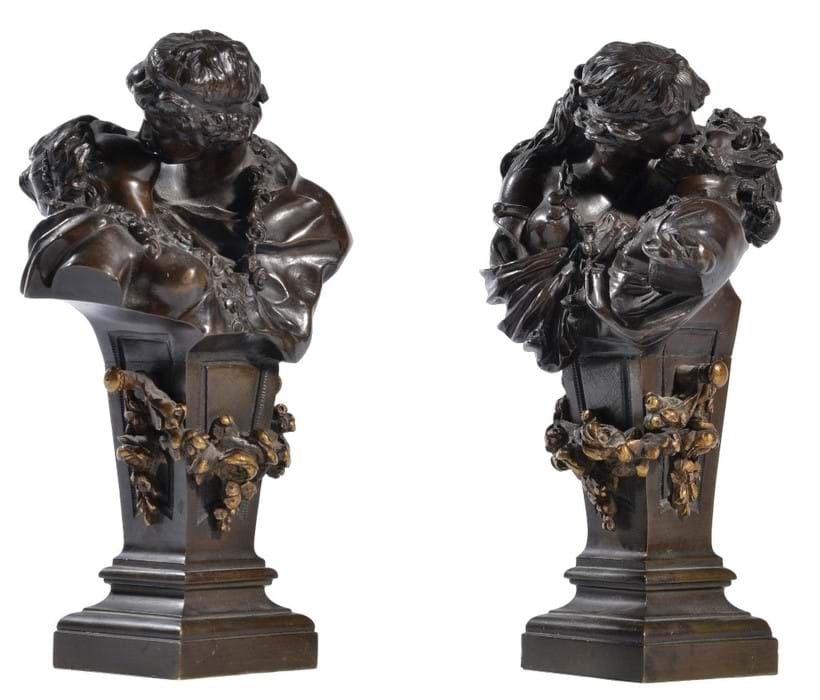 Dreweatts is now accepting consignments for the next auction which takes place on 22 November. A highlight from this forthcoming auction is pictured above: a pair of patinated bronzes after Jean-Antoine Houdon (1741-1828), Le Baiser Donné and Le Baiser Rendu, one a maiden and a young man and the other a nymph and a satyr. A similar pair of bronzes is held at the Wallace Collection, London, and in their Catalogue of Sculpture, JG Mann discusses the attribution to Houdon. An example in terracotta was sold in the sale of Houdon’s property in 1795.