On February 13 Dreweatts will offer a superb selection of silk scarves by Hermès in the auction of Jewellery, Luxury Accessories and Silver.

Here we present you with a few things you might like to know about the famous Hermès silk scarf.

Founded in 1837, the French luxury goods house Hermès started out as a horse bridle and harness making company before branching out into luxury accessories. One hundred years later, in 1937, the silk scarf made its debut when Robert Dumas created a scarf named Jeu Des Omnibus Et Dames Blanches, based on a print in the collection of Emile Hermès and an example of a silk scarf in this design will be offered in our February auction.

The Hermès scarf has provided the perfect finishing touch for some of the world’s most glamorous women, notably Audrey Hepburn, Jackie Onassis, Sophia Loren, Catherine Deneuve, Grace Kelly and Queen Elizabeth II, who was depicted in a 1950s postage stamp wearing an Hermès scarf. 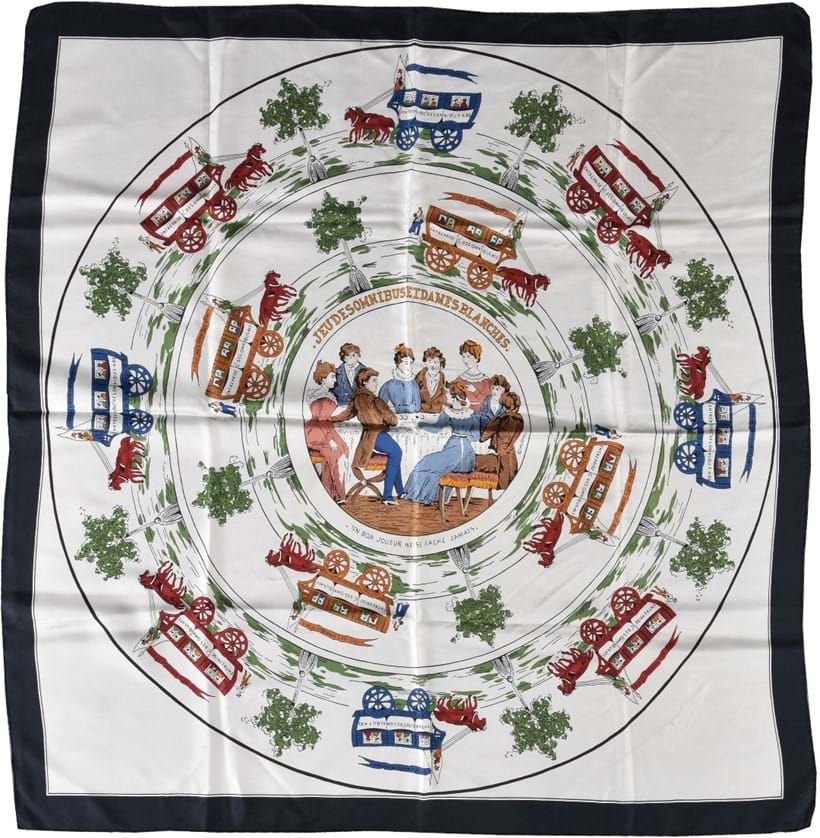 It takes a studio of 20 freelance designers approximately 9 - 10 months to create a final pattern and for it to be approved; colour testing then takes another 3 months.

The entire process from design to concept, engraving and printing, to hand-finishing is approximately two years. 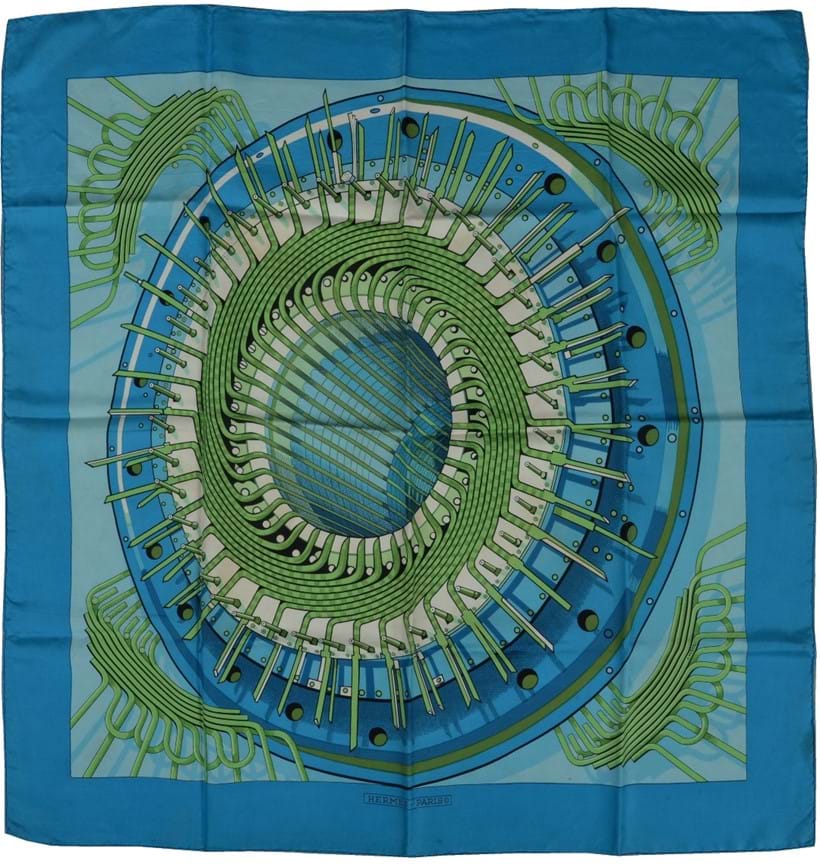 Each scarf design has a title and many are commemorative with an overall concept, some popular themes include equestrian, military, nautical, fantastical, floral, mythological, geographical and historical, amongst many others.

Each scarf design is issued in a number of different colour ways. 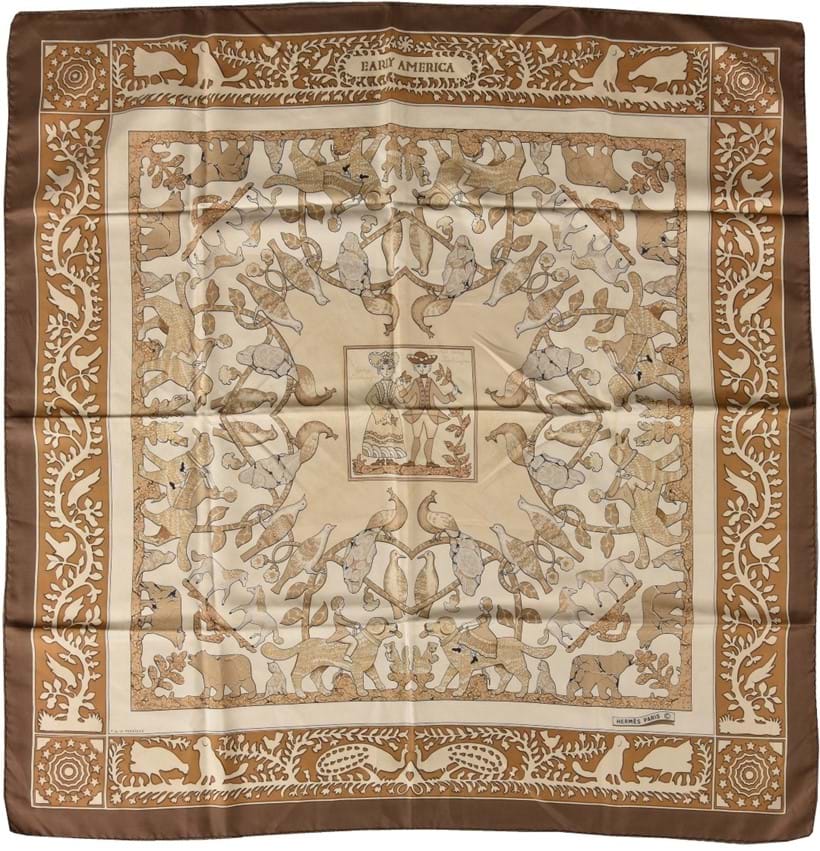 Hermès artists are often known for their own particular style of design; for example, Julie Abadie, who has designed for Hermès since 1969, is inspired by Grecian motifs and themes. Hugo Grygkar created designs from 1946 to 1959, and he is regarded as one of the most creative of all Hermès designers.

Examples of scarves designed by both Abadie and Grygkar are amongst those in the forthcoming auction. 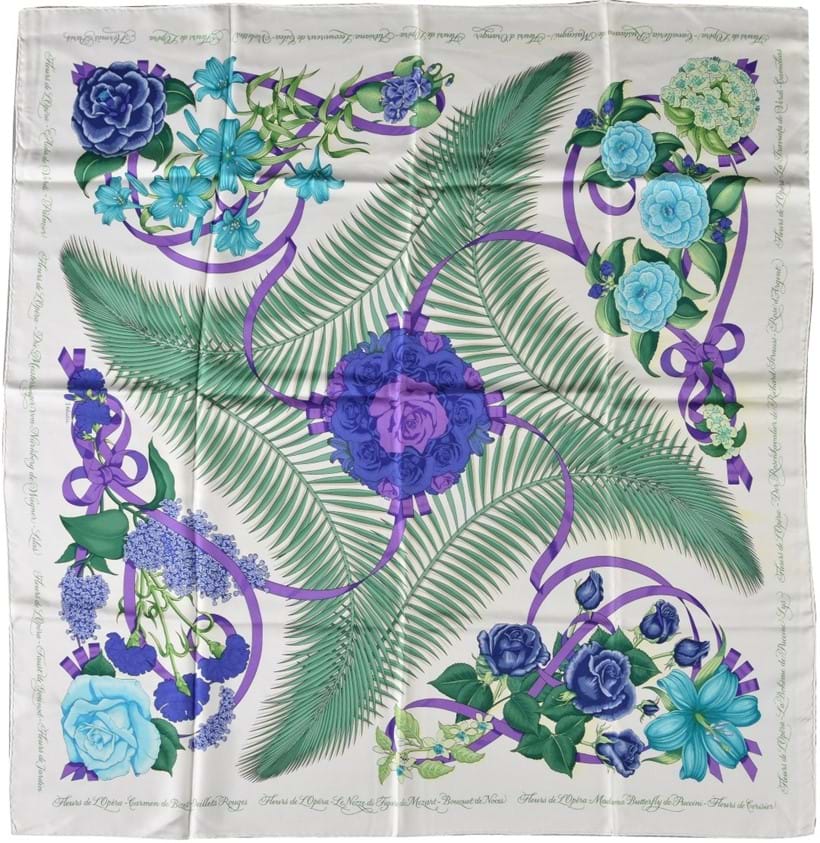 Each Hermès scarf incorporates on average at least five different colours; the design with the greatest number of colours, at 42, is A Vos Crayons.

Designs may be re-issued decades later, or just a few years after the original release. And, new colours or a border are invariably added to vintage designs. 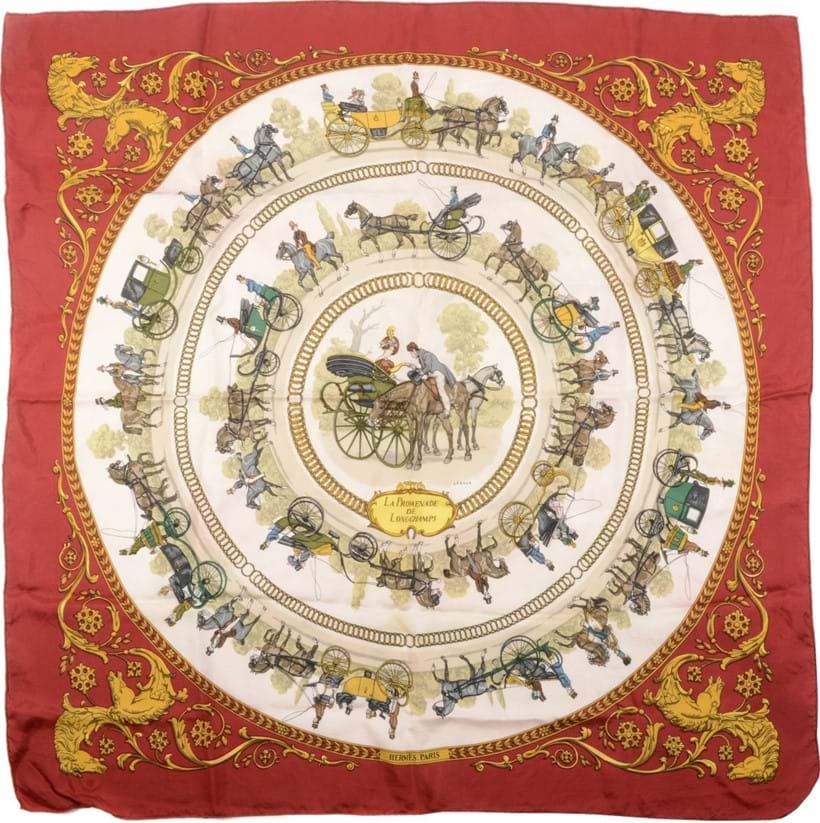 The hand-stitched, hand-rolled hem on the Hermès scarf is known as a "roule".

It takes approximately 45 minutes for a hem to be hand rolled and sewn and the rolling of the roule is the final step in the creation of a scarf.

The distinctive hand rolled edge is a feature to look out for when considering purchasing an Hermès scarf. 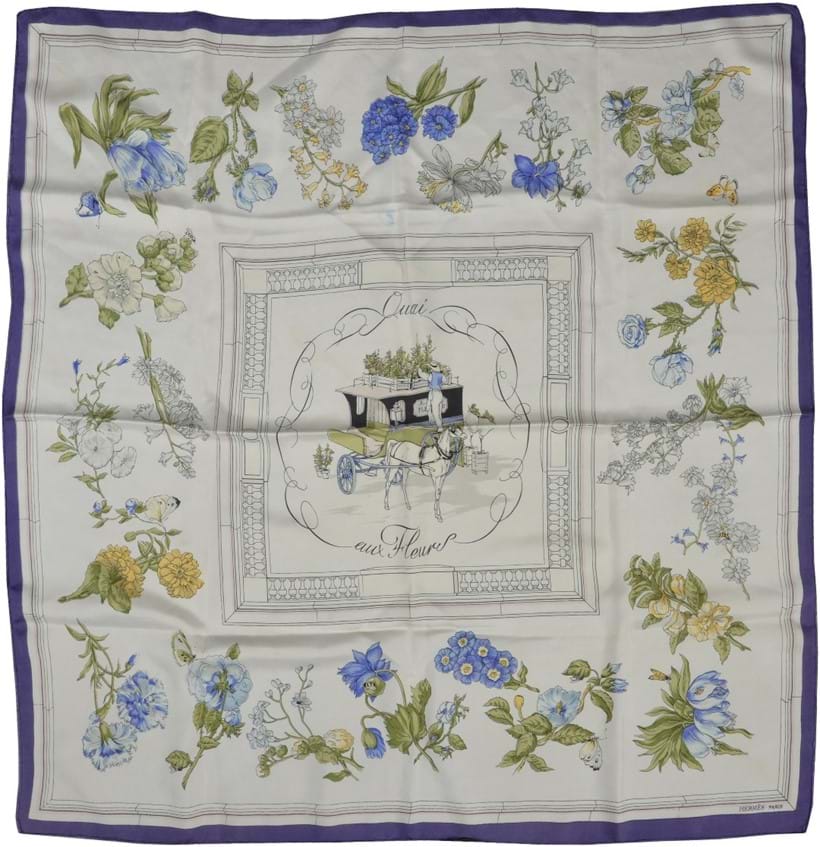 For more information on the Hermès silk scarves in this auction or to consign to future auctions of Luxury Accessories please contact us: jsw@dreweatts.com | +44 (0)1635 553 553 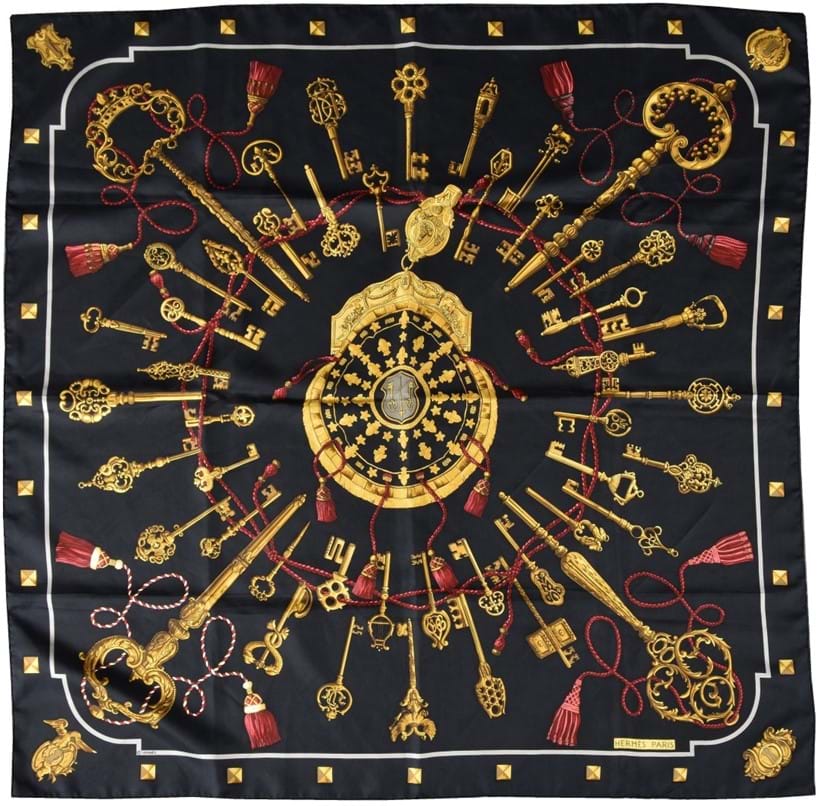