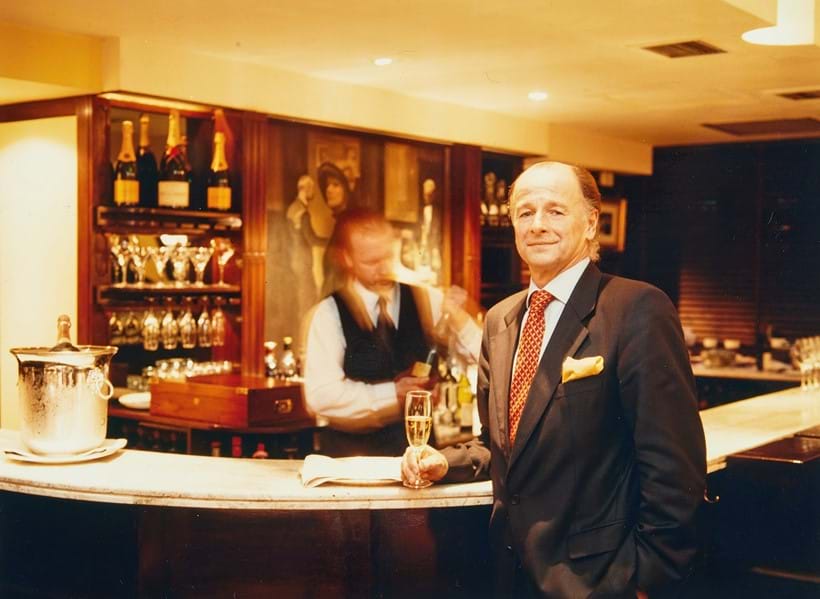 Back in 1980 I was a Director of Green’s Ltd, a City wine merchants, and they had turned a non-profitable off license in The Royal Exchange into a champagne bar and called it The Greenhouse. It was very successful and, as I was more of a West End creature, I decided to take the concept to St. James’s and upgrade it to a champagne and oyster Bar. As there was already a Greenhouse restaurant in the West End I settled on the name Greens. 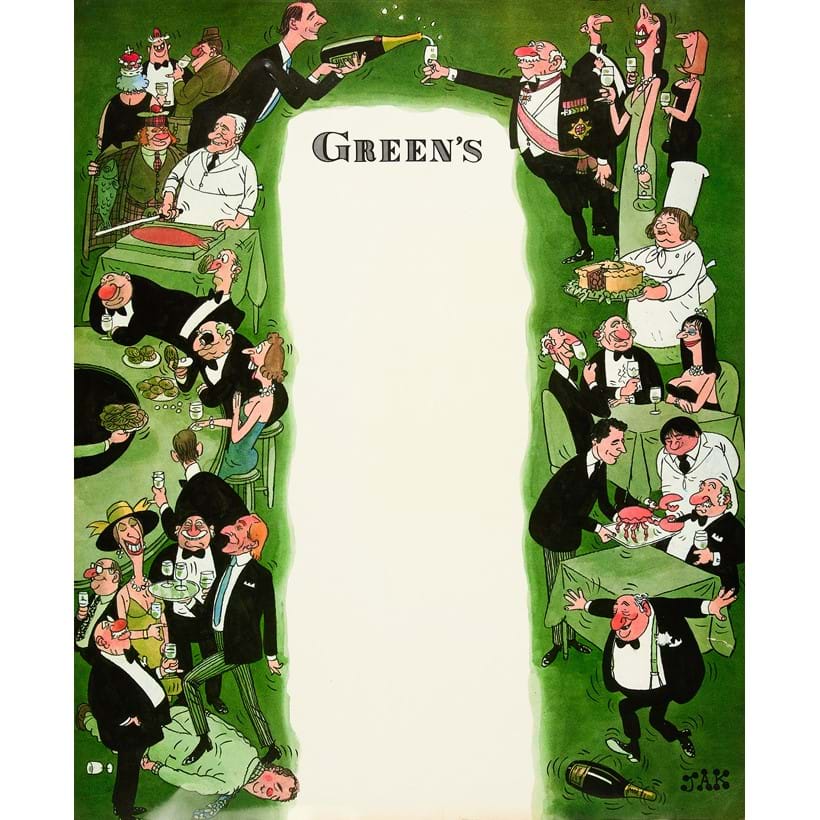 Did you have any qualifications to start up a bar/restaurant?

None! I had no cooking experience, no idea where to start looking for staff, where to buy food or how to obtain the necessary licences. What I did have was a desire and belief that I could create a restaurant that I would like to visit on a regular basis and where I could confidently entertain my friends. 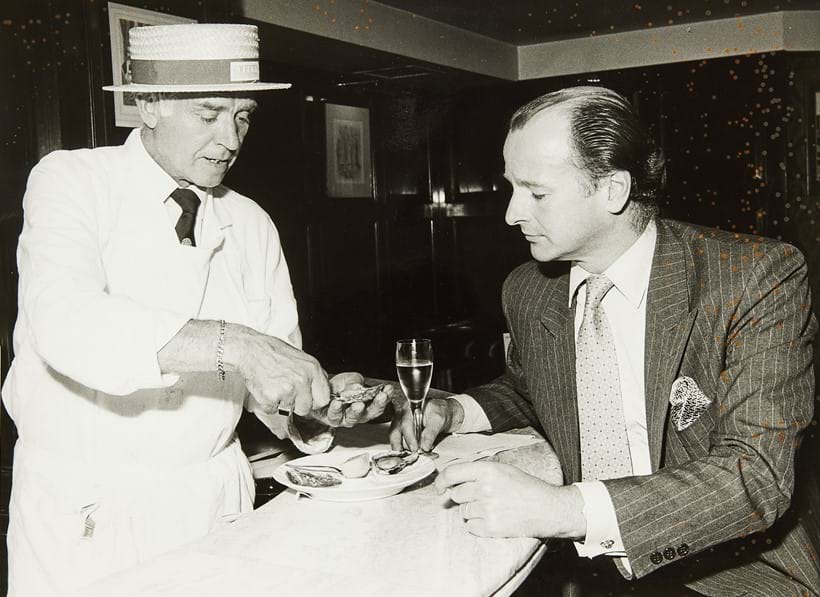 Back in 1981/82 I begged, bullied and borrowed from my friends to raise the capital required for this venture and turned my secretary, Beth Coventry, into my chef and recruited several 'characters' from well known establishments in the West End: Peter Manzi - a legendary Oyster expert from Wiltons, he was 'World Champion Oyster Opener' and had the gift of the gab behind the bar; Annie Vine from Bentleys - she ended up running the private rooms and turning them into her 'kingdom'; and Douglas from the City Greenhouse who, although he was so laid back he was almost horizontal, was great with the customers. I then filled in the gaps with various youngsters of varying ability. 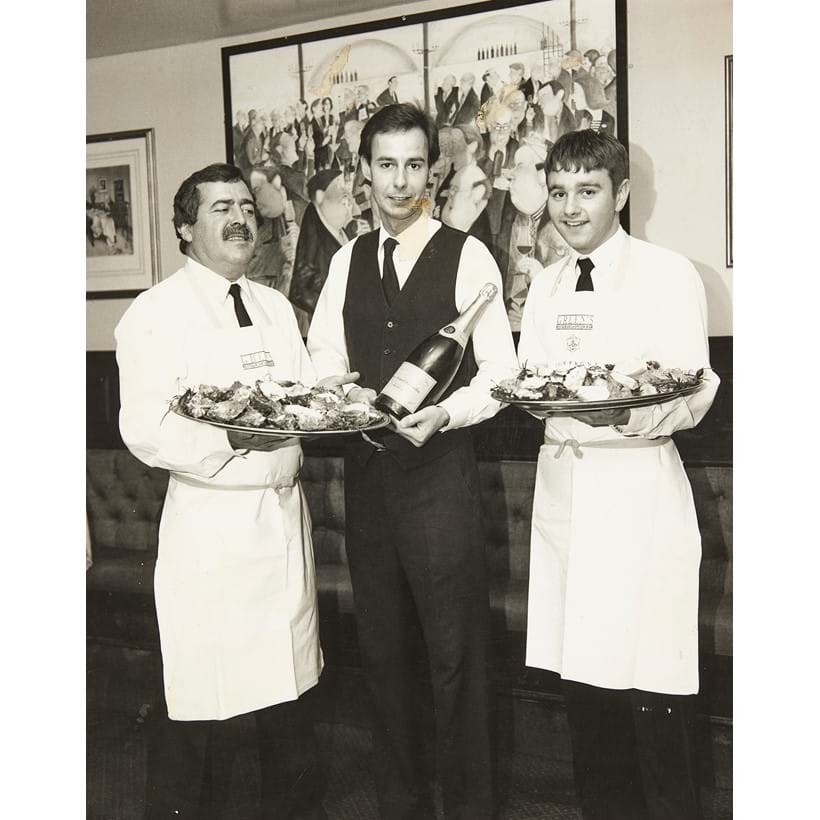 What made you expand the business?

We made a good start with the bar and from an early stage were very busy but, unfortunately, my business plan was flawed! I had the idea of, with 5 tables and 6 seats at the bar, of having with no bookings, people sharing tables and having a glass of champagne or wine with a dozen oysters or smoked salmon or crab and moving on.

This did not happen - we had people wanting to come in but there was no space so I was forced to take bookings which blocked up the tables and the result was we were not generating enough money to make a profit.

I was lucky that the next door shop which had opened at the same time as Green’s did not flourish and I was able to acquire it and turn the operation into Green’s Restaurant. 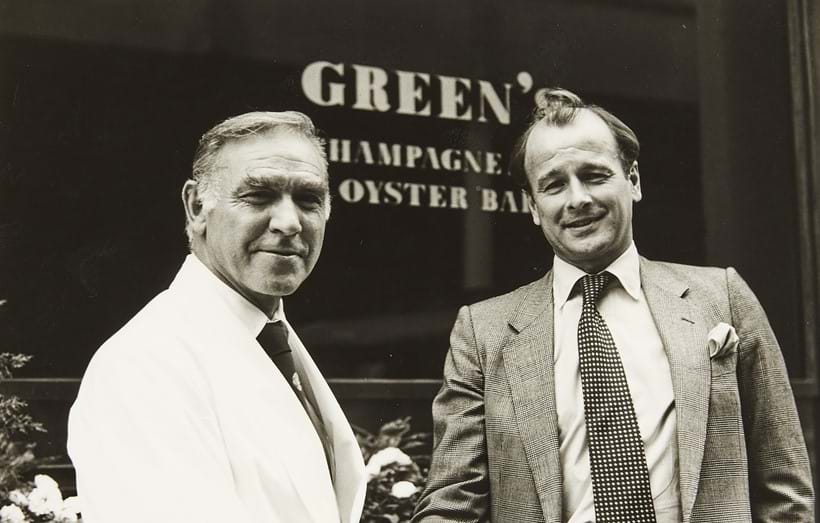 How would you describe the menu at Green’s?

Very straight forward classic British dishes without frills or, as I describe it - 'nursery food'!.  Although when I gave this description to the legendary Peter Langan, he told me that he never had lobsters or oysters in his 'F-ing' nursery! 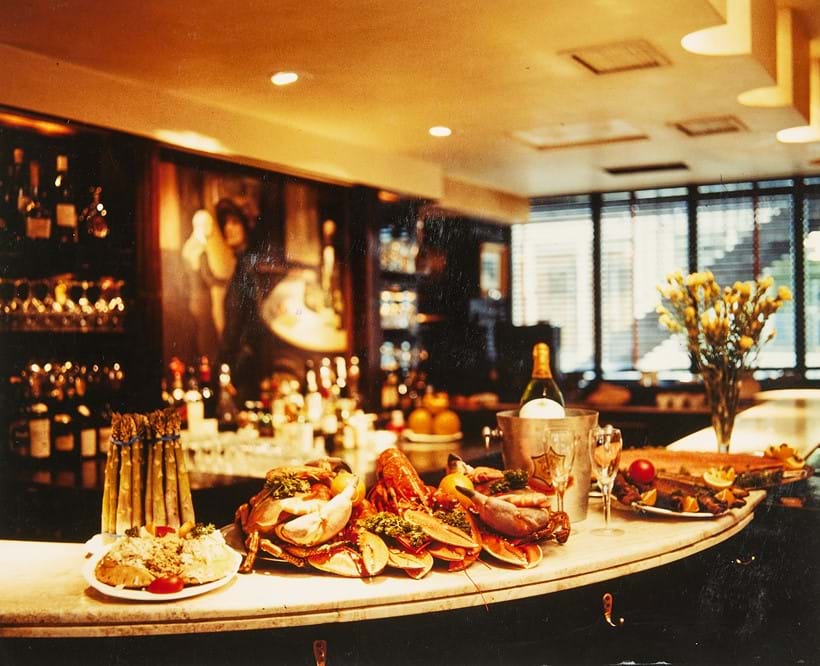 You had a very interesting list of customers can you tell me more about who they were and any stories about them?

Obviously I used to insist on total discretion during my time at Green’s but that was a long time ago!

We were lucky to have entertained most of the Royal Family from The Queen Mother to Princes William and Harry.

Princess Margaret was quite tricky, she said fish cakes should be square and she thought it was cruel to eat baby lobsters.  She was most displeased when I told her once we did not have a table for her but she did come back.

Politicians, heads of industry, archbishops (and Billy Graham!), actors and sportsmen, lords and ladies, press and T.V personalities were regulars. 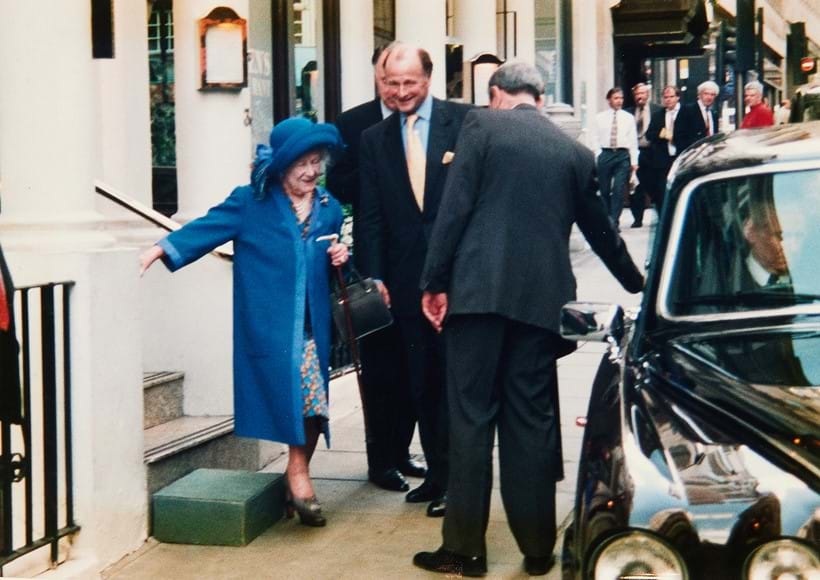 A few stories include: 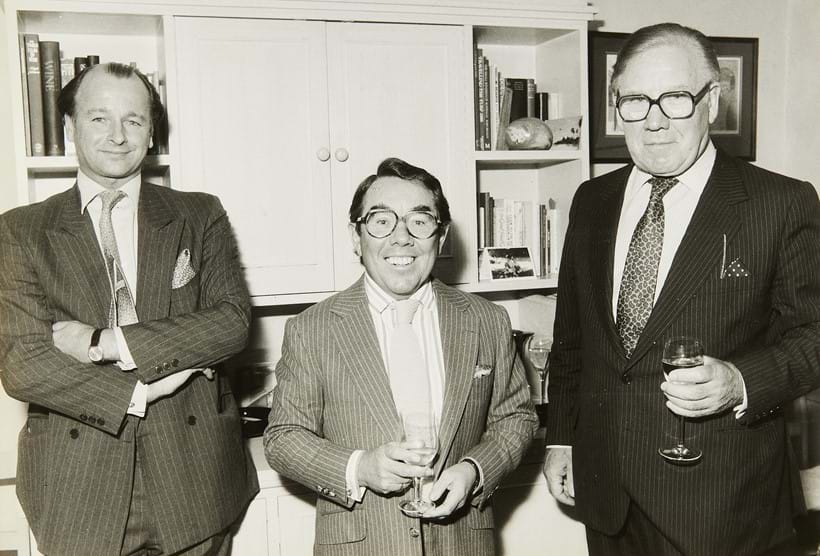 Why did you stop?

Our lease ran out and The Crown Estates decided to redevelop the building. When I asked if we would have first option on the new site they said they did not plan to have a restaurant - now Maison Francois is trading from our old site!

Anyway, I am too old and thank goodness I stopped before COVID. 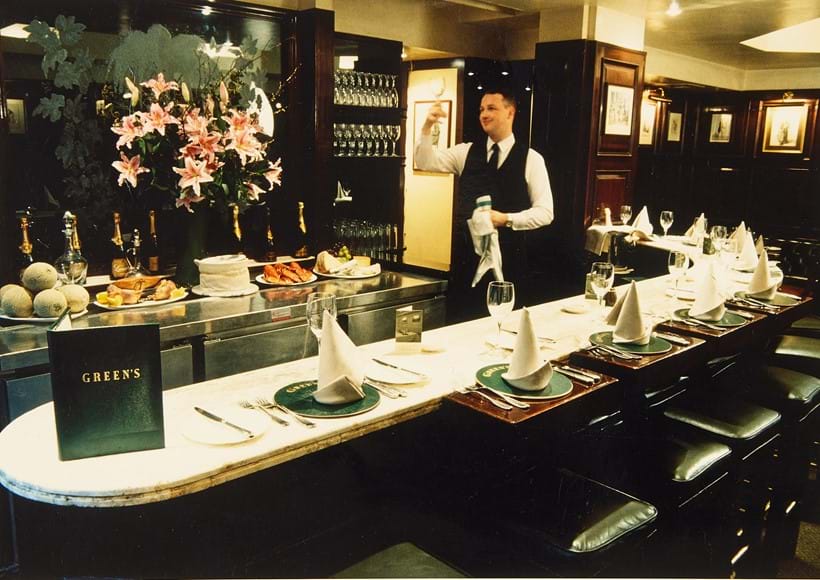 Do you miss it?

I miss the people, customers (although not all!!) and my staff. I met some wonderful, fascinating and interesting people, I had numerous enjoyable and, sometimes, hilarious gatherings which I will never forget, although, in some cases my memory was a little hazy the next day! 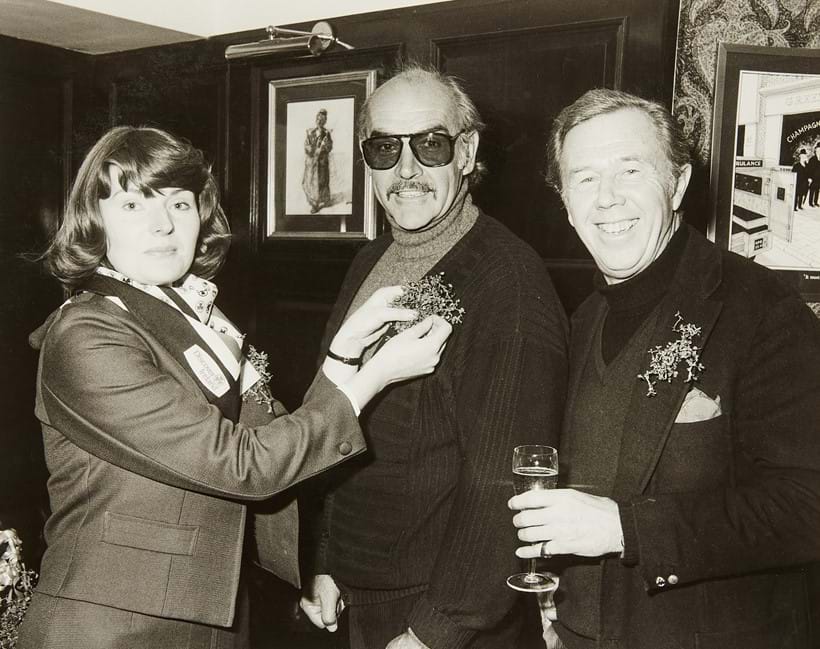 Sean Connery, Michael Medwin with an Irish Tourist Board employee!

I don’t miss running restaurants. It can be a brutal, anxious and difficult business. You are only as good as your last show and people can be both unfair and bitchy and there is that unpleasant trait in this country of enjoying seeing people fail. At least I feel I created something that people will remember so it was not all in vain. 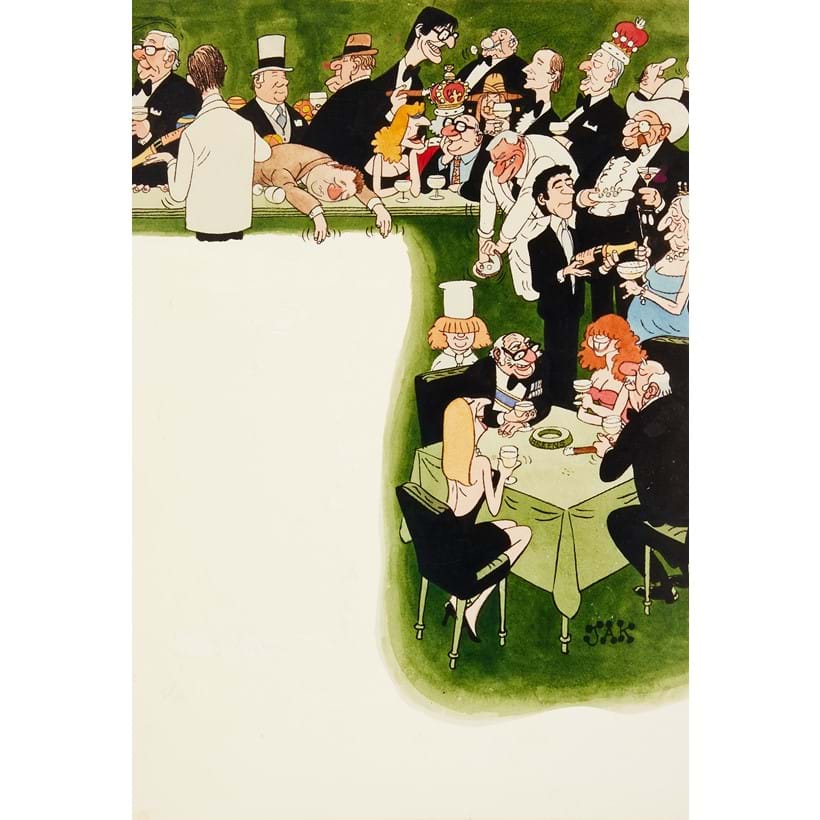 AUCTION DETAILS
This is a timed online auction ending on Wednesday 15 December with lots closing sequentially at 30 second intervals from 10.30am GMT.  For a guide to bidding in a Timed Online Auction click here.

Viewing is by appointment only, and we ask that visitors wear a face covering when visiting our gallery.