Coming up on 30 & 31 March, we have our two day auction of Fine Furniture, Sculpture, Carpets, Ceramics and Works of Art. The auction features a wonderful array of rare items representing the best examples of their type and period.

Featured in the auction is a chance collection of Gothic Revival furniture which have come to us from various private collections. These items are from the late 18th and early 19th century period, rather than that of the more common late 19th century. Ahead of the auction, Head of Dreweatts Furniture department, Ben Brown picks out some of the highlights.

Here we have Lot 396, an impressive Gothic Revival carved giltwood mirror, with a pair of matching girandoles. They are consigned from a private collection in Herefordshire. To have a good antique mirror, together with matching girandoles, is quite rare in itself but what makes these even more unique is the fact that they are made to a rather unusual and rare design. A related design is that of a 'pier glass in the Gothic Style' circa 1755-1760 by John Linnell which is preserved at the Metropolitan Museum of Art, New York (E.170-1929). 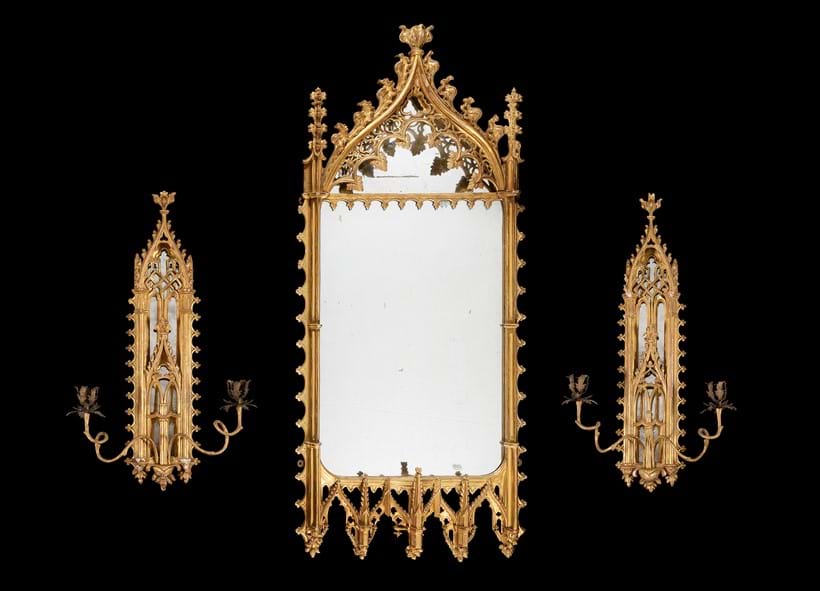 A rather interesting item is Lot 395, a George III mahogany Gothic side chair, circa 1760, made in the manner of William Hallett. It was owned by The Hon. Mrs Daisy Fellowes of Donnington Grove in Berkshire, and thence by descent.

Donnington Grove was built in 1763 for the historian and antiquarian James Pettit Andrews. The mansion was constructed in "Strawberry Hill Gothic", a style named after the house which was created for Horace Walpole at Strawberry Hill in London. The present lot bears many similarities with the Strawberry Hill chairs which are currently held at the Victoria & Albert museum in London. These were designed by Richard Bentley and made by the London cabinet-maker William Hallett and have become some of the most celebrated examples of Gothic Revival furniture. 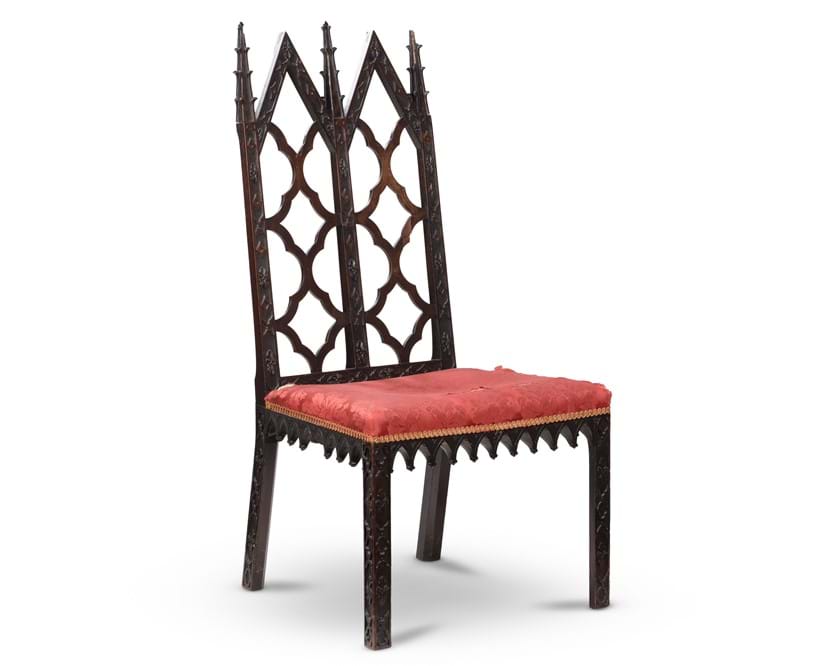 Another lovely item is Lot 151, a fine Regency or George IV gilt bronze and glazed 'Gothic' hexagonal hall lantern, circa 1820. It is designed with the supports and arched frame cast with crockets, with Medieval style tracery and slender columns. It is raised on foliate feet and features suspending later candle fitments within.

It comes to us from the collection of a titled gentleman in London and is estimated between £4,000-6,000 (+fees). A closely related example was sold at Christie's London on 9 June 2011 for £17,500 (Lot 201). It was there noted that a lantern similar to this example has been recorded on the staircase landing of the Minstrel's gallery at Longleat. 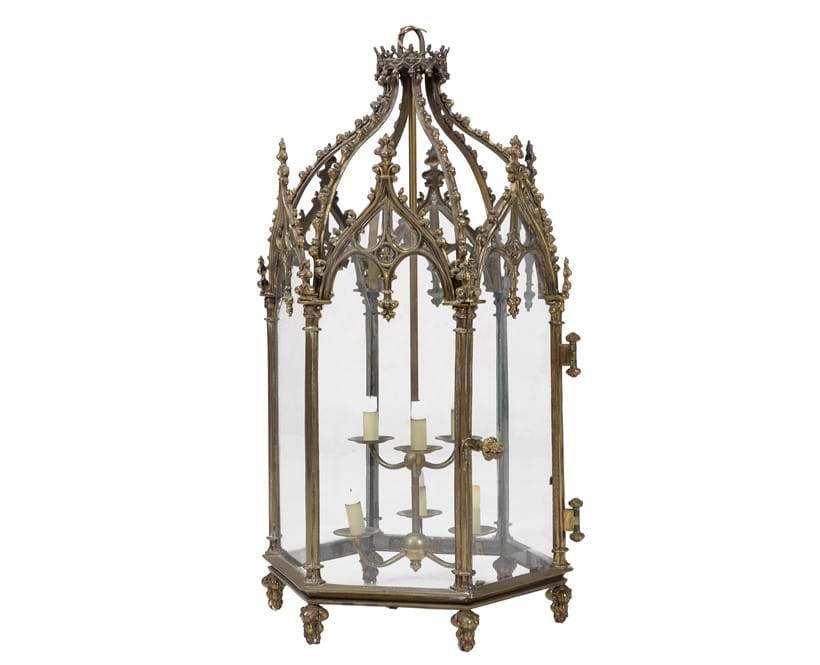 No doubt a highlight from the selection is a pair of mid 18th century yew and mahogany Gothic Windsor armchairs, attributed to the Thames Valley region. One bears the stamp 'T.B' to the underside. These were previously part of the private collection of a Cambridge academic.

A near identical example can be found in The English Regional Chair, Antique Collectors Club, 1990 by Bernard D. Cotton. In Cotton's book he notes that 'no examples [of Gothic Windsor chairs] have been recorded made in other than prized yew, with elm seats'. The mahogany seats of these chairs make them rare examples of their kind. A closely related set of three chairs were sold at Christie's New York on 10 May 2018 for £47,500 (Lot 834). The present lot carries an estimate of £15,000-20,000 (+fees). 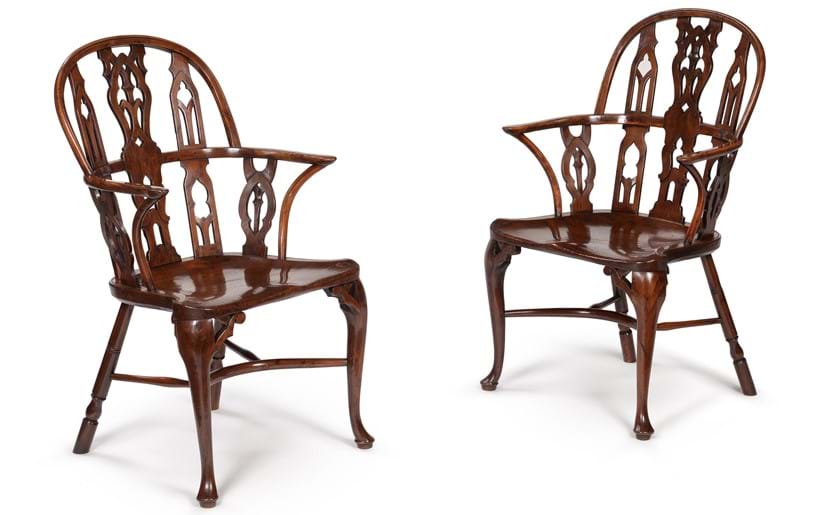 The selection also features garden furniture. Here we look at Lot 605, a pair of cast iron Gothic Revival garden benches. These are from the late 19th/early 20th century. The design shows the openwork backrest has been cast with quatrefoils, with foliate armrests and moulded feet.