Our January Interiors sale features a wide array of furniture, works of art, ceramics, sculpture and pictures. With items dating from medieval encaustic floor tiles through to modern designed items from the workshops of Lalique, here we pick out some highlights from the auction.

To start we first look to the 15th century. Highlights from the auction are Lots 348-350, Medieval encaustic decorated tiles. A nice example is Lot 348, a set of six tiles, either English or French. Together they form an oak leaf patterned roundel with further leaf motifs sprandels. The patterns are formed from the different use of clays inlaid into the body of the tile. This method then ensures that the pattern remains visible, even as the tiles are worn down. 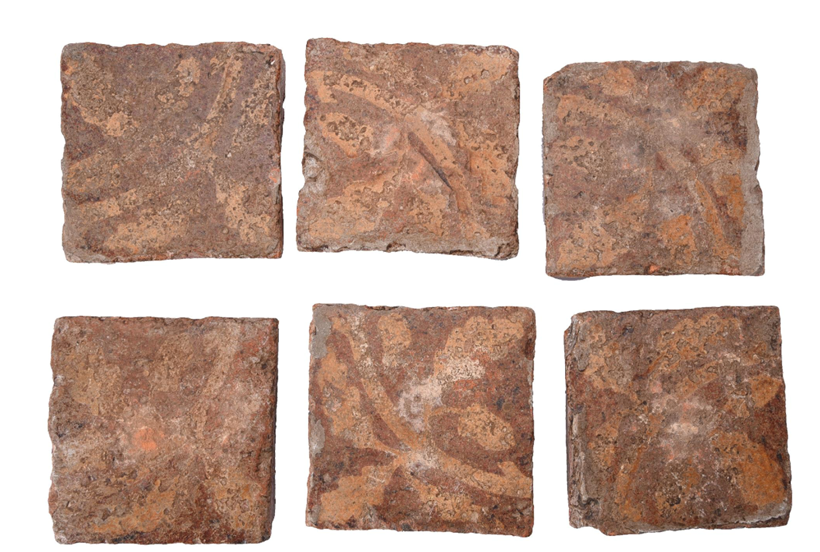 Charles II side chairs, circa 1675

Continuing through to the 17th century, we look at Lot 23, a pair of Charles II side chairs, circa 1675, accompanied with a similar armchair, circa 1700. These chairs have carved scrolls to the high backs which is a typical feature of the late Stuart period from the last quarter of the 17th century from which they date.

The pair of armchairs are probably earlier in date than the armchair, these have the striking feature of the double X-frame stretchers that are carved with volutes and S-scrolls uniting the cabriole legs. The armchair’s legs are baluster in form and feature lobed decoration more typical of the latter part of the century.

A close up of the carving of the armchair is presented on the cover of the catalogue. 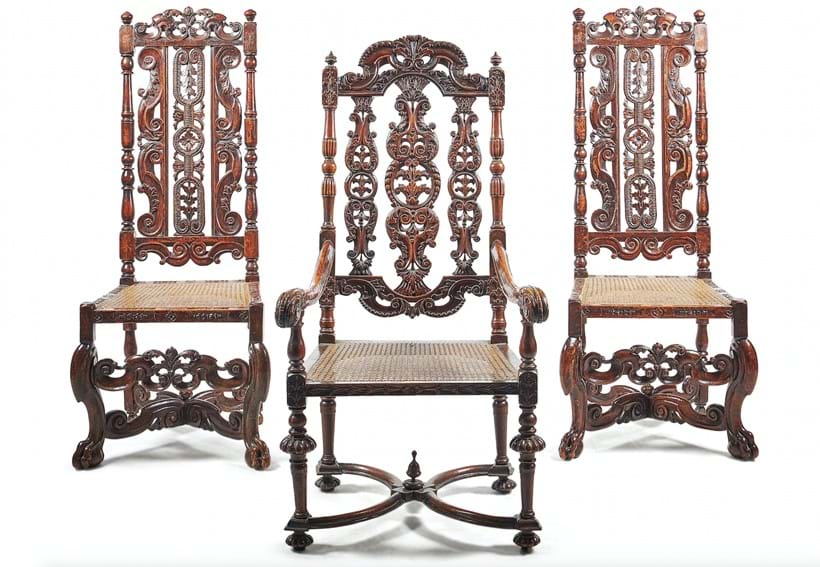 From the 18th and 19th centuries we have Lot 189, which includes a needlework embroidered and mahogany mounted fan or 'hand screen', from the second half of the 18th century, probably English, alongside an assortment of three 19th century hand fans. This lot showcases the wide range of materials and subjects fashionable for hand fans during the later 18th and 19th centuries. Examples include a hand screen incorporating floral embroidery, comparable to screens manufactured on a larger scale (such as pole and fire screens), and later fans which show the popularity of exotic materials from further afield, such as mother-of-pearl. 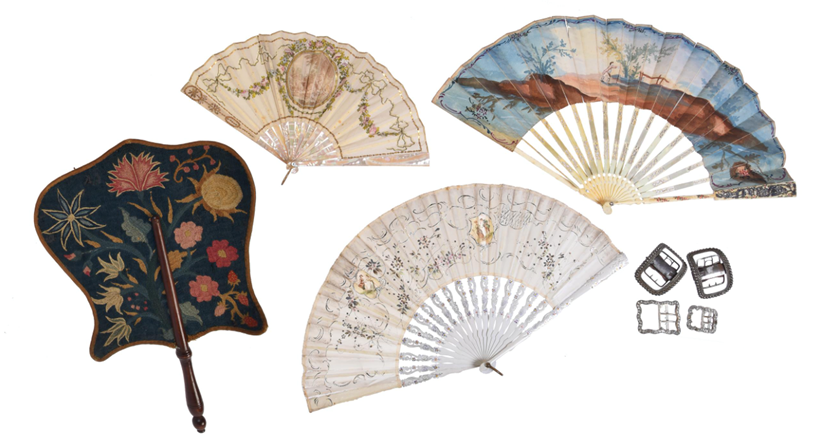 Evening and Ebb Tide, Wickham Reach on the Medway

The auction also features an array of artwork. A highlight is Lot 411, British School (c. 1900), Evening and Ebb Tide, Wickham Reach on the Medway, Oil on canvas.

The present work is believed to depict the sun setting behind the Cobham Hills. The tall chimneys of Martin Earl & Company's cement works can be seen in the distance. The barges' masts are lowered ready to pass under the Rochester bridge. It is believed that the two rowing boats with single occupants are Medway Hufflers waiting for sailing barges similar to those shown under sail. The huffler would board the barge and for a shilling steer it through the three bridges leaving the Captain of the barge free to help the mate lower and then raise the masts and sails. The steam tug is believed to be 'Panther' dating the work to circa 1905.

Looking at more modern designs, we have a small selection from the workshops of Lalique, and here we look at Lot 114. The Faucon mascot was designed by René Lalique in 1925 and is model number 1124. It is in the form of a falcon leaning forward. As a bonnet mascot that is nearly 100 years old it is something of a rare survivor despite its chips, losses, and repairs. As an added bonus to the collector, it is mounted in the original illuminated radiator mount engraved for BREVES GALLERIES / KNIGHTSBRIDGE / S.W.3. / PAT. No. 309301 who were the original London distributors of Lalique’s car mascots. This further features the green filter cap which would have given the bird a green glow when driven at night. The light up mount was patented in 1929 which is probably from when this ensemble dates from. It stands 20cm high overall. 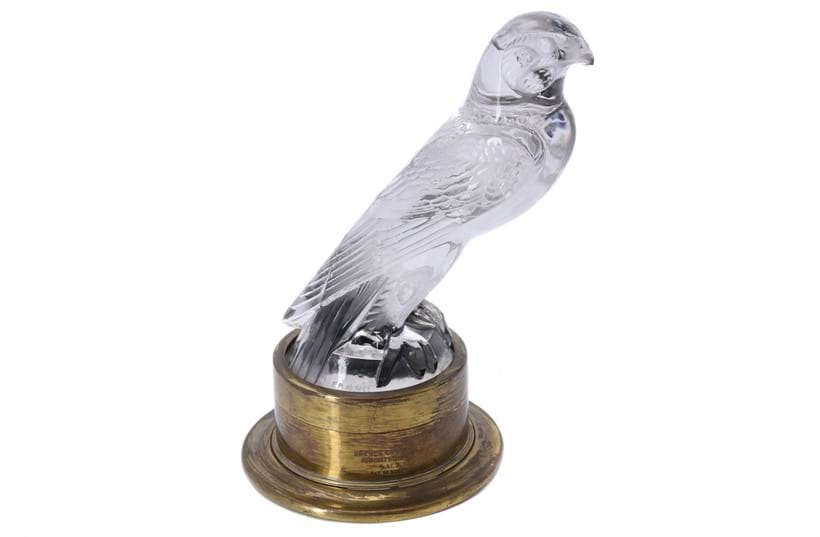