This console table dates from circa 1660, and is typical of the form with its intricately carved details and delicate gilding. In this example shell and flaming urn motifs have been used.

It is thought that the console table design originated in France and Italy. A large console table was a must-have item for the grand, spacious entrance halls of palaces and large mansions from the late 17th century and throughout the 18th century. 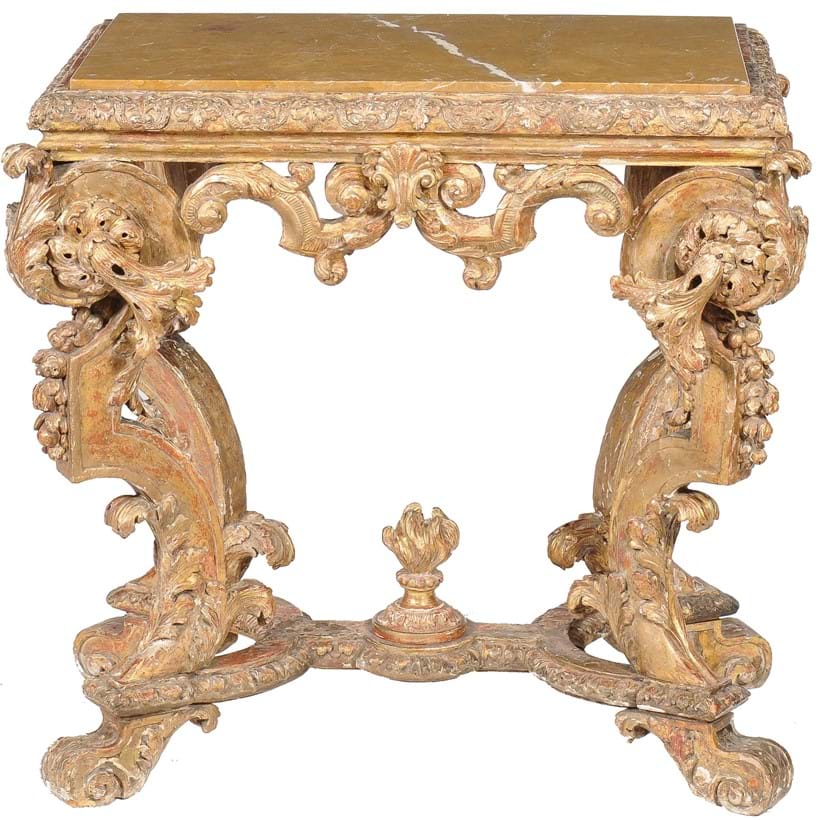 Framed within a broad, rich border of flowers and foliage an opulently attired couple descent the steps from a Classical portico, framed by caryatid jambs, with a parrot observing the scene. The groom is dressed in a ‘Roman’ tunic and greaves whilst his bride’s dress is elaborate and voluminous and the train is carried by two young attendants. The backdrop, an elegant, formal garden is resplendent with an orange tree and parterre which add to the overall sense of abundance and luxury. 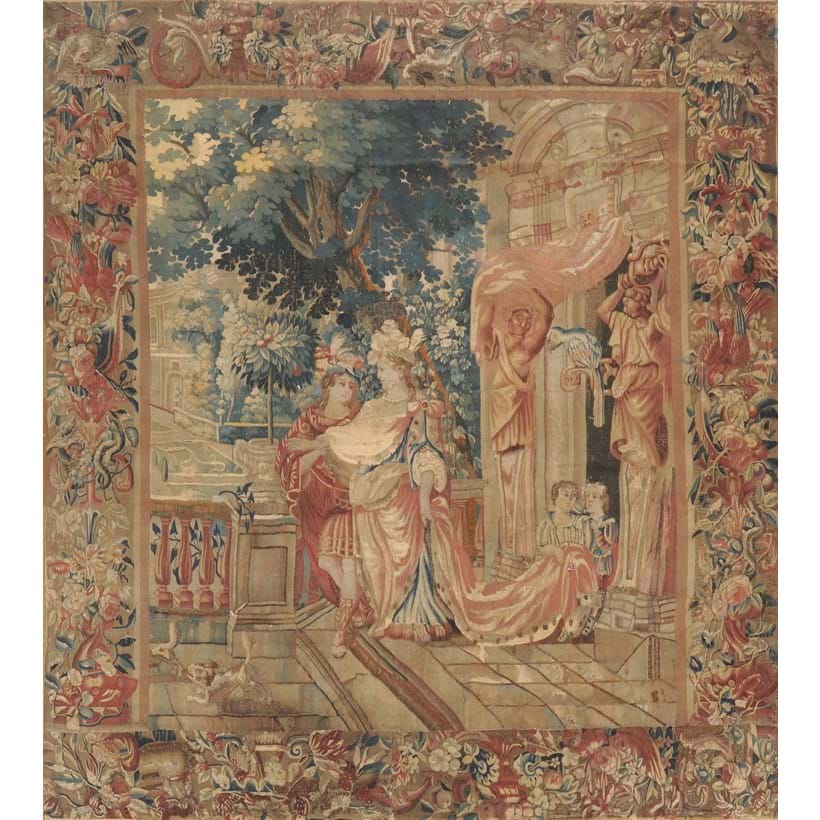 Holland & Sons (1803-1942) specialised in fine quality furniture and by the mid-1800s were appropriately regarded as rivals to the renowned maker, Gillows. In 1845 they received the first of many commissions for Osborne House for which they made pieces in the Queen’s favoured Louis XVI style and by 1851 over 350 furniture makers were employed by the firm. Further commissions for Windsor Castle, Balmoral and Marlborough House were to follow with Holland & Sons participating in the important international Exhibitions of the era: London, 1862; Vienna, 1873 and Paris, 1867 and 1872.

Holland & Sons were known worldwide for their magnificent designs and the exceptional quality of their workmanship and this fine kidney-shaped desk reinforces their reputation. 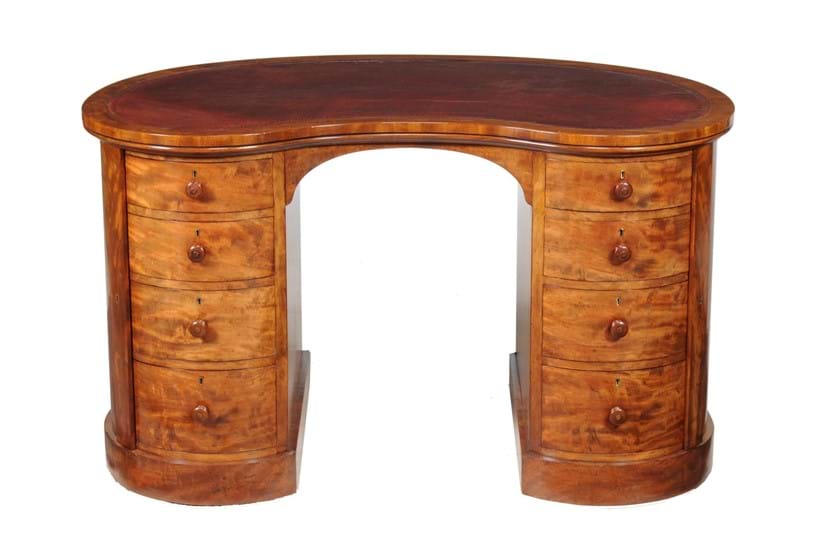 From the Oxborrow Collection

This teapot and cover, inscribed: Elizabeth Webster Winstrope, 1774, comes from the Oxborrow Collection. The Oxborrows spent a lifetime dealing in ceramics, however they retained various good pieces which Dreweatts has offered in several auctions.

Lot 89 was made at the Leeds Pottery (founded 1770), the business is known for its creamware but also for highly decorative pieces which could also be called folk art, or expressive everyday pieces of art pottery. As with its French equivalent, faience, these pieces are highly prized today. 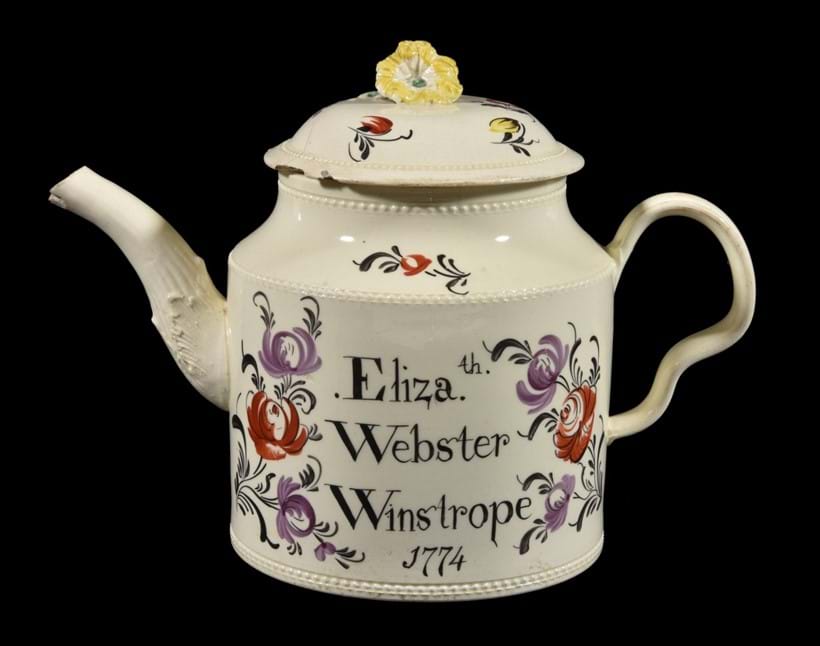