Following on from the highly successful auction in June, Dreweatts is now preparing for the Fine British and European Sculpture sale on 22 November. The auction will span a considerable range of desirable pieces, from Egyptian antiquities, to Mediaeval and Renaissance sculpture, to works by noted modern British and European sculptors. This eclectic and wide array of Fine Sculpture will also include a strong selection of items of Grand Tour interest.

A focus on wildlife

Lot 123 is by the French sculptor Louis Riché who first exhibited at the Salon in Paris in 1896 when aged nineteen. The group of lion and lioness is naturalistically and sympathetically modelled. Riché focused on animal subjects throughout his career and became renowned for his depiction of dogs, notably the German Shepherd. He mostly worked with the highly respected foundry of Thiebault Frères and, other than interruptions caused by the two World Wars, he continued to exhibit at the Salon on a regular basis. 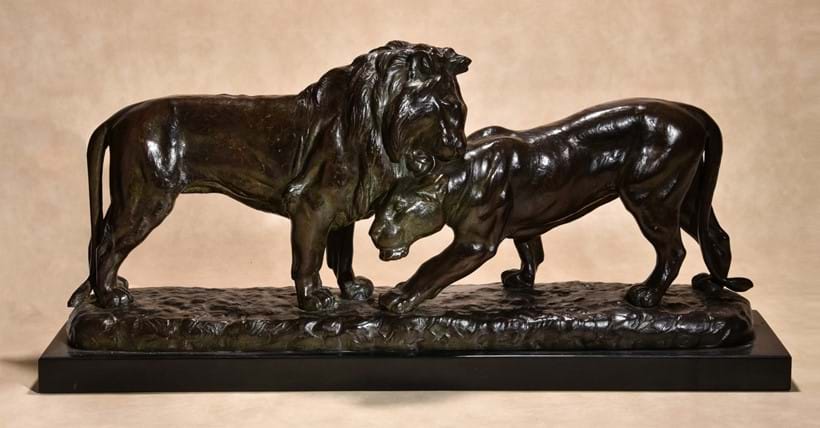 Highlights also include lot 8, a late 16th/early 17th century Italian half-length terracotta bust of Christ portrayed as Man of Sorrows. With his incredibly emotive expression and naturalistically rendered physique the bust is a fine example of the Lombard tradition of religious sculpture. This work is accompanied by several other Italian terracotta busts, including examples in the manner of Andrea del Verrocchio and Agnolo di Polo. 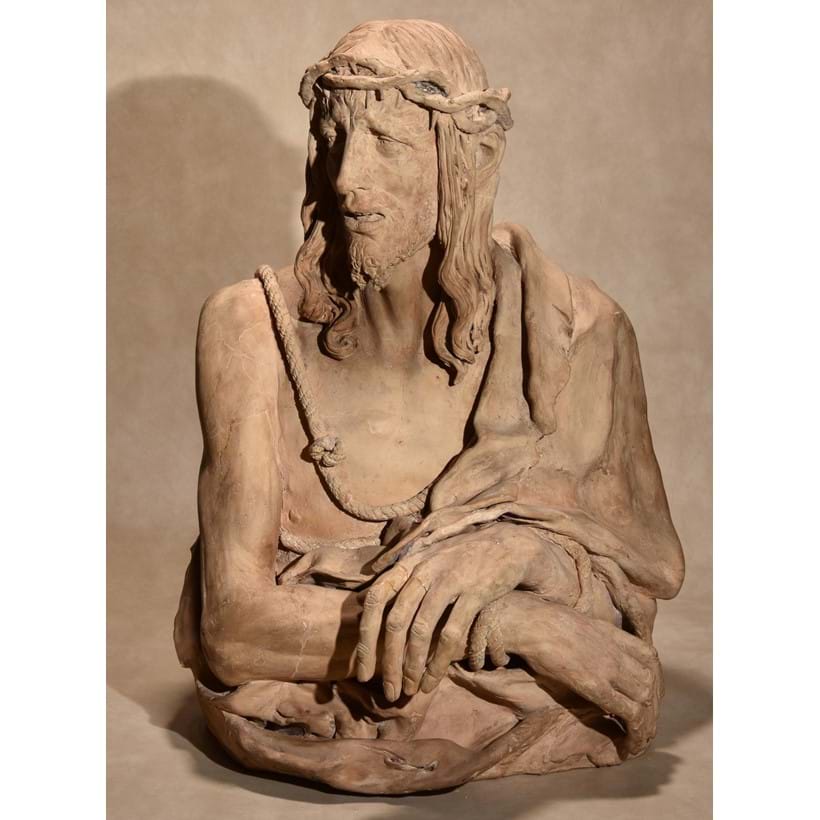 Another highlight is the compelling pair of bronzes, lot 97, representing a male and female Nubian, by the renowned sculptor and designer Frédérick-Eugène Piat. These finely cast, detailed models exemplify the great interest in exoticism that dominated French sculpture manufactory in the late 19th century. 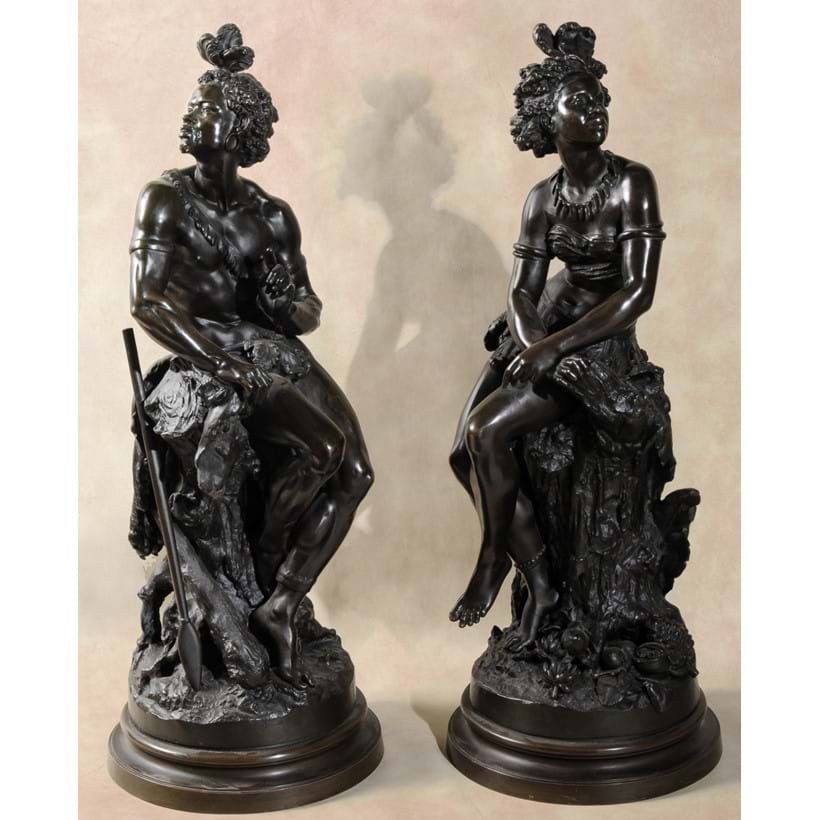 An 'intimate and personal' rendition

The auction will also include work by the British sculptor Henry Monsell Furse, who flourished in the late 19th and early 20th centuries. Lot 120 is a rare life size bronze of a child by Furse. The sculpture at the time of its creation was praised for its ‘intimate and personal’ rendition of the sitter in nineteenth century literature, and Furse’s naturalistic portrayal of this almost petulant-looking boy remains endearing and captivating to this day. 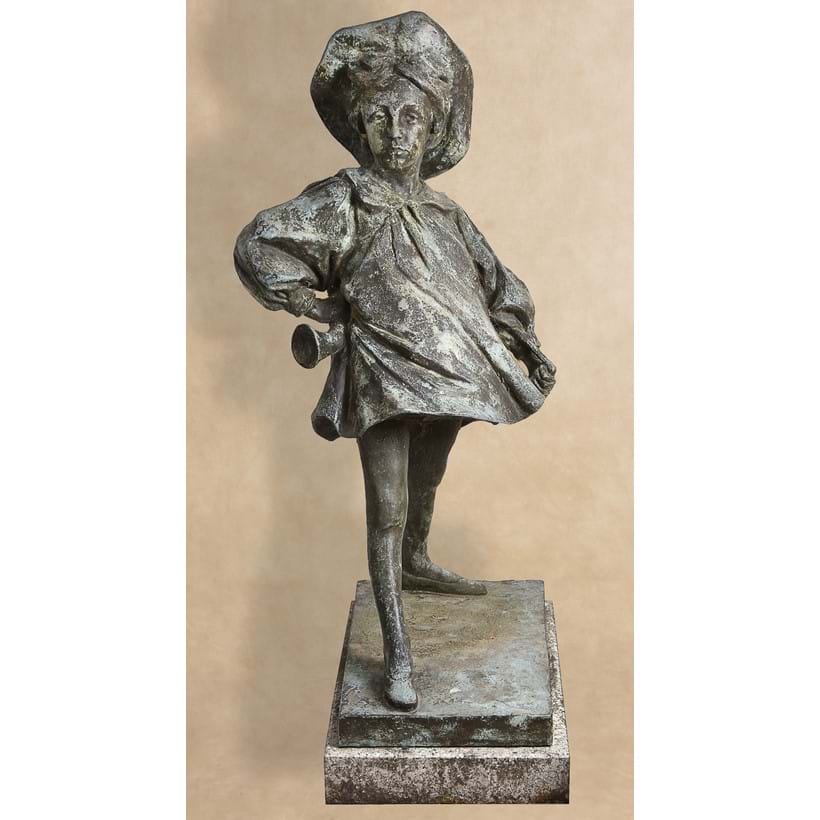 An eye for architectural form

One highlight from this group is a bronze by German sculptor Ursula Hanke-Förster, dating from circa 1965. The textured finish and stylised human forms of this group betray the influence of Alberto Giacometti, and its arch-shaped construction shows Hanke-Förster’s eye for architectural form, honed while creating numerous public sculptures for the city of Berlin. 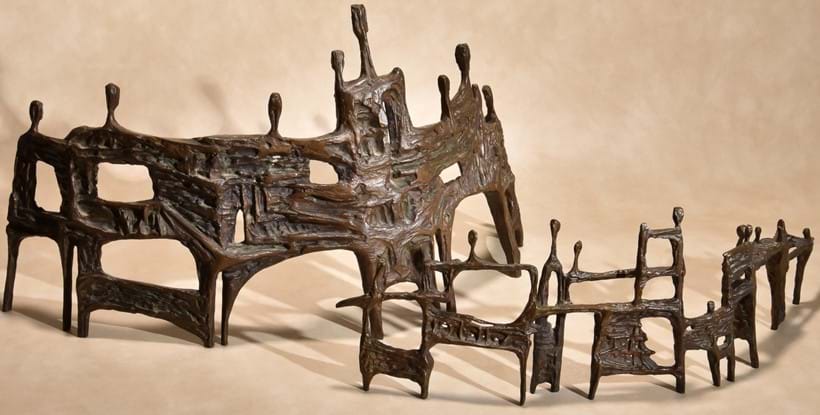