Jade has always been the material most highly prized by the Chinese, above silver and gold. This article by Dreweatts Chinese and Asian Art specialist, Yingwen Tao, explains why jade plays such an important role in Chinese culture and presents a collecting guide to all new buyers of Chinese jade.

To better understand jade objects, it is best to look at the origin of the stone itself. Since the Neolithic period, the Chinese have used their native nephrite and other translucent minerals such as agate in important carvings. In fact, the Chinese word yu [玉], which is translated as jade, actually refers to a number of minerals including nephrite, jadeite, serpentine and bowenite. But above all other minerals, nephrite was revered for its special qualities: its toughness and durability, smooth polish and alluring purity.

Mineralogically nephrite is a calcium magnesium silicate and is white in colour. However, the presence of copper, chromium and iron gives colours ranging from subtle grey-greens to brilliant yellows and reds. From the Han period (206 B.C.E. - 220 C.E.), Hetian jade, which was most highly prized for its creamy white tone, was obtained from the oasis region of Hetian on the Silk Route. It was found within metamorphic rocks in mountains. As the rocks weathered, the boulders of nephrite broke off and were washed down to the foot of the mountain, from where they were retrieved. 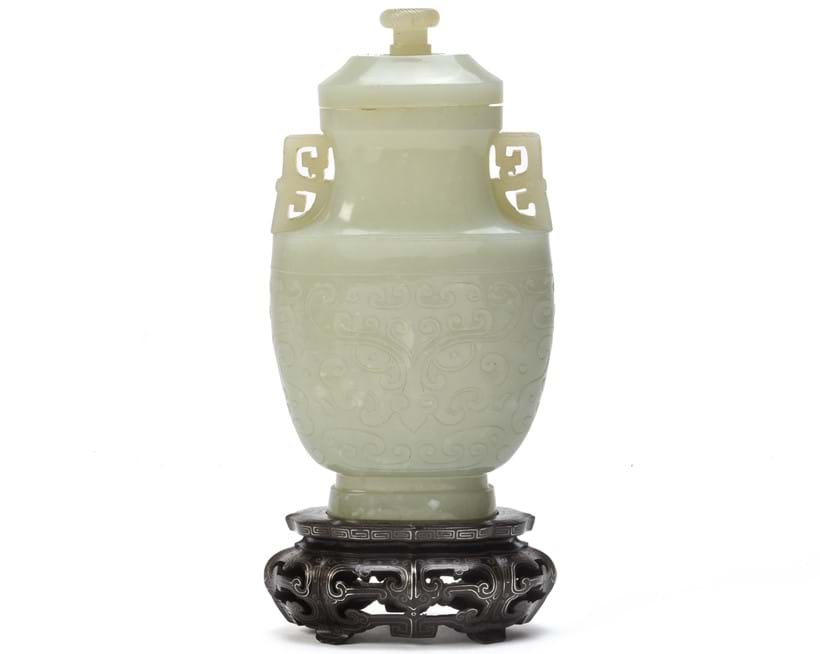 Importance of jade in Chinese culture

Regarded as the ‘fairest of stones’, jade has been endowed with the five virtues - charity, rectitude, wisdom, courage and equity – from ancient times in China.

'Charity is typified by its lustre, bright yet warm; rectitude by its translucency, revealing the colour and markings within; wisdom by the purity and penetrating quality of its note, when the stone is struck; courage, in that it may be broken but cannot be bent; equity, in that it has sharp angles which yet injure none.’

Unlike other precious stones, jade is considered to be ‘warm’ and most valued for its metaphysical properties. This extremely tough translucent stone has been worked into ornaments, ceremonial weapons and ritual objects. Jade was also worn by kings and nobles and after death placed with them in the tomb. As a result, the material became associated with royalty and high status. 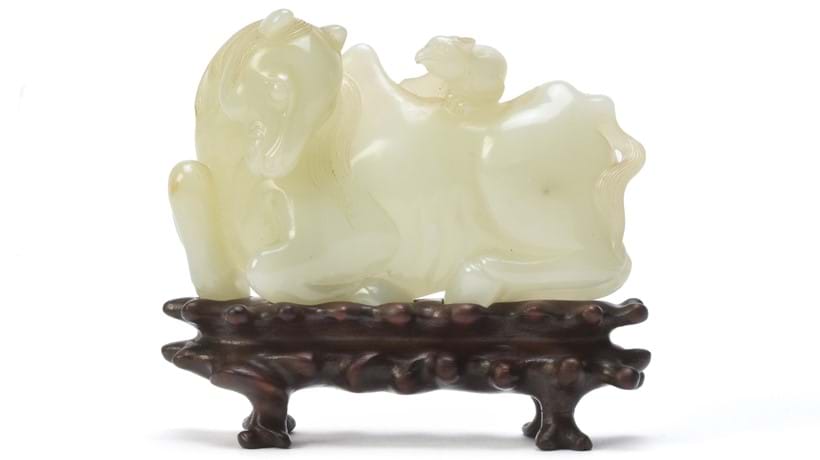 It was also the aesthetic quality of jade and an increasing association with moral ideas of purity and goodness, ascribed to it by Confucian, that ensured the precious stone continued for centuries as the most desired decorative material in China.

You should first decide which types of jade carvings you would like to collect. While Neolithic jades are usually ritual objects, since the Ming dynasty (1368-1644) jades have been tightly associated with the lifestyle of literati and carved into various scholar’s writing accessories such as brush washers, paper weights and seals. Different historic periods also feature different colours of jades. For instance, Ming dynasty jades were often carved from different coloured stones, whilst during the Qing dynasty (1644-1911) when the craftsmanship reached its peak, jades were often found in white, translucent stones, and emerald green coloured jadeite became popular in the Qing court. 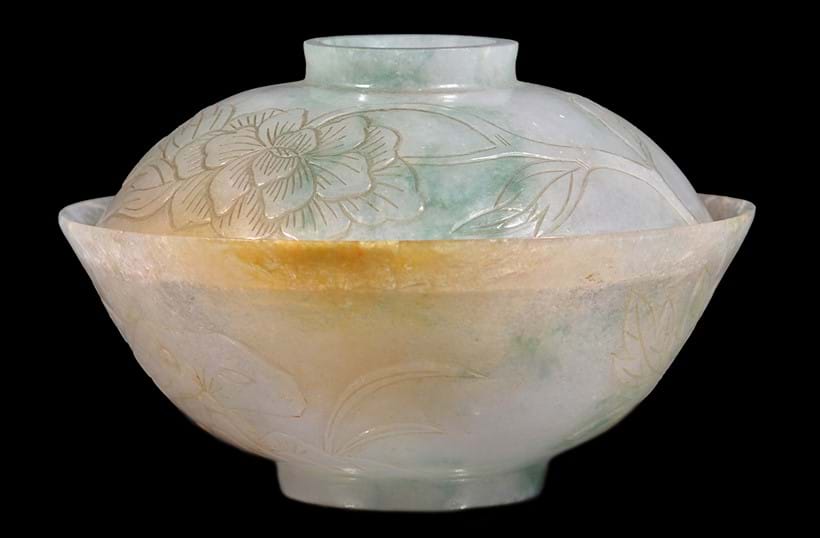 Second, pay attention to the quality of the stone, especially if you are a keen collector of Qing-dynasty white jades. Whether a white jade has inclusions or not can greatly influence its price. It is always the purer the better. White jades of premium quality are regarded to be akin to ‘mutton fat’ [羊脂白玉]. However, if the inclusions of the jade, or in many cases, its russet marks, are cleverly sculpted to be part of the design, it would be a different story.

It is not always the larger the better when it comes to collecting jade. If you are a new collector with limited budget, we would suggest going for smaller items. Although you might see some chunky Qing carvings achieve half a million on the market, it does not necessarily mean that many smaller examples are of poorer quality. In fact, many of them can also reach a very high standard. For instance, the imperial Qing workshop produced a series of zodiac animal carvings during the 18th century, each of which were no higher than three inches and still perfectly exemplifying the excellent techniques of the craftsmen and the emperor’s personal taste. 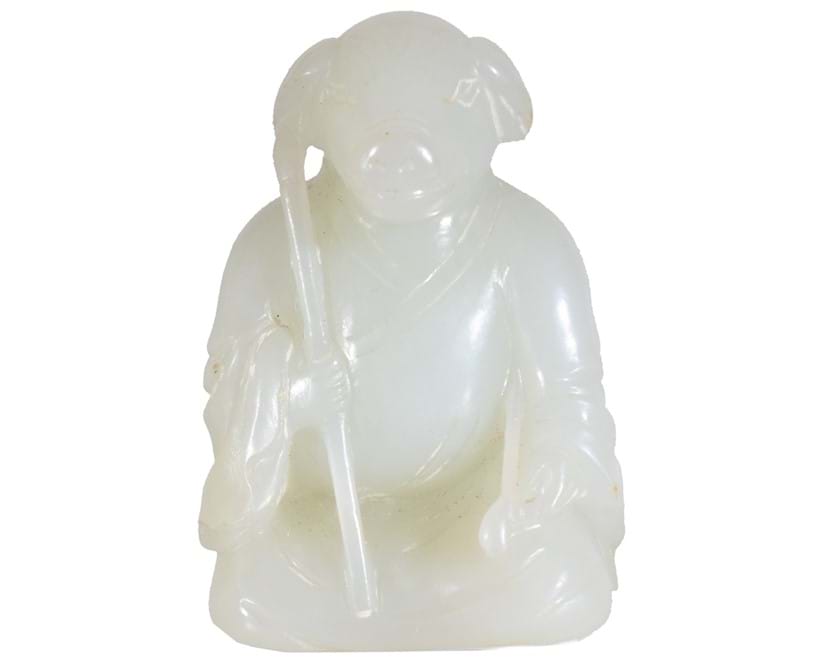 Provenance and condition are also important considerations when buying a jade carving. In many cases, the condition issues of jade carvings are not always immediately obvious. Many may contain internal cracks which are not easy to notice unless you hold a flashlight up to the work. Selecting works that were once part of a carefully selected collection can also offer you a reassurance of quality, authenticity and value.

How to look after jade

Comparing to some organic materials such as bamboo, silk and amber which are very sensitive to the temperature and humidity of the room in which they are displayed, jade is more hassle free. However, you might consider keeping your jades in individual pouches or cases because they can easily get scratched. From time to time, you can also give the jade a very gentle wash in warm water and mild detergent to remove grease and other build ups that your jade picks up from the environment.

Keep up to date with our forthcoming auctions by signing up to email alerts here.

CONSIGN TO A FUTURE AUCTION
To consign to a future auction or to arrange a free auction valuation, please email asian@dreweatts.com or complete our free online valuation form here.