Dreweatts have signed a 3-year sponsorship programme with one of the UK’s most exciting and distinctive modern art museums and public galleries, Pallant House Gallery.

The partnership will see Dreweatts sponsor major exhibitions each year, starting with the Ben Nicholson: From the Studio exhibition this summer, and also lend support via a number of other joint initiatives. Simon Martin, Director of Pallant House Gallery, announced the sponsorship to supporters attending an event last Friday 21st February to unveil the gallery’s 2020 programme highlights, saying:

“We are delighted to be working closely with Dreweatts as sponsors of Pallant House Gallery. Their generous support over the next few years will help us mount major exhibitions such as Ben Nicholson: From the Studio this summer, and introduce new audiences to our wonderful collections of Modern British art in our distinctive combination of Queen Anne townhouse and modern galleries in Chichester. We are hugely grateful to Will Richards and his team for their commitment to the Gallery.”

Pallant House Gallery in the heart of Chichester has built a world-class collection that tells the story of Modern British art from 1900 to now, all held within the unique setting of a Grade I listed 18th century townhouse and 21st century contemporary extension.  This leading UK art museum is renowned for stimulating new ways of thinking about 20th and 21st century art, curating highly original and critically acclaimed exhibitions as well as running an award-winning public programme with inclusion at its heart. 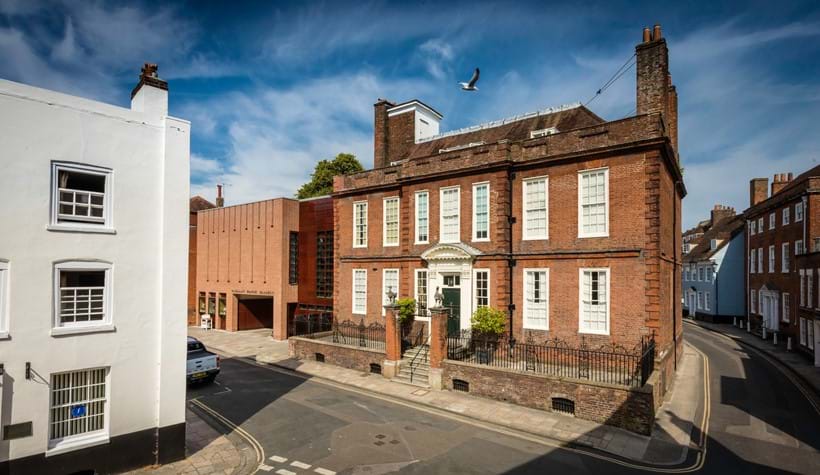 Dreweatts is a leading UK auction house with international reach headquartered near Newbury. With a central London presence and gallery space in Pall Mall to lend further support to the sponsorship, Dreweatts predominantly operates from the picturesque headquarters at Donnington Priory, outside of the capital.  Dreweatts is also building an international reputation as a leader in the field of Fine Art.  Holding over 40 specialist auctions a year including its bi-annual Modern & Contemporary Art sales, it is at the forefront of the growth of regional auction businesses, as was recently highlighted in Country Life magazine’s Broadening Horizons article (19th February 2020).

Dreweatts’ Deputy Chairman, Will Richards, who has supported and worked with the Pallant House Gallery team in various capacities for 20 years said:

“We are delighted to support Pallant House Gallery not just because it’s a highly successful leading public gallery celebrating modern British Art, but because it also creates so many inspirational educational and outreach initiatives. Our sponsorship is a natural fit as 20th century British Art is also at the heart of Dreweatts’ passion and expertise.”