On Thursday 23 September, Dreweatts are delighted to be offering the private collection of rare pianos, personally collected by David Winston, who holds a Royal Warrant as Restorer and Conservator of Pianos to Her Majesty Queen Elizabeth II. Ahead of the auction, Julian Machin talks about David Winston, the collection and picks out some of his favourite pieces. 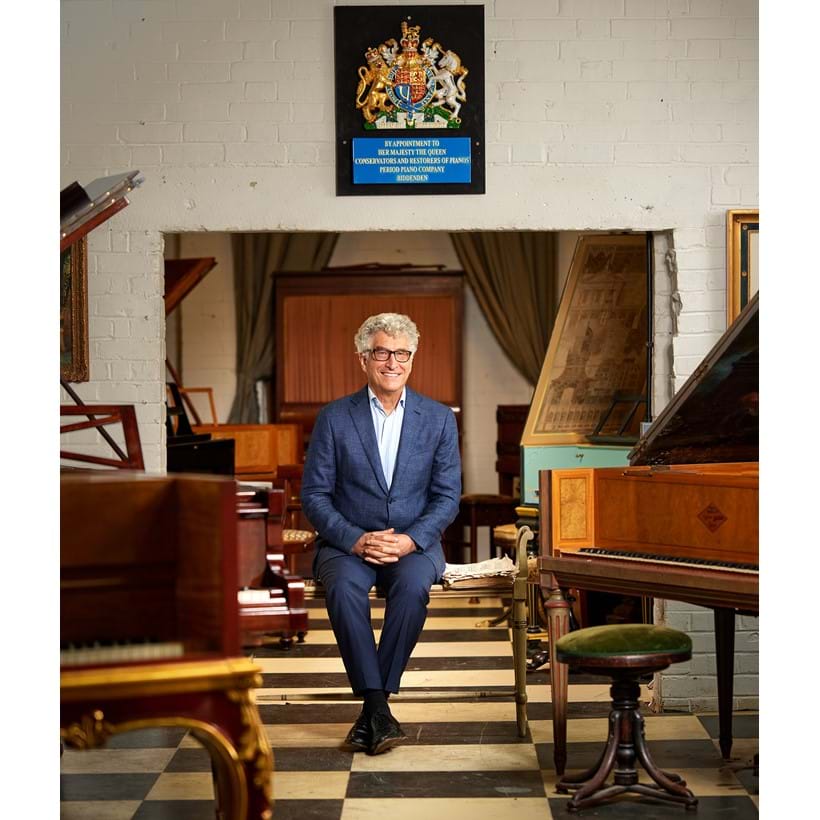 Somewhere between Bjorn Borg’s second win in the Wimbledon Mens Final and the Queen’s Silver Jubilee during the summer of 1977, I met the young David Winston, piano restorer and instrument-builder, newly-arrived from his native California.

Today, although somewhat silvered, David seems hardly to have changed and the memories are pleasant still of that perfect summer, when he presented as an exotic, quizzical manifestation of lugubriousness and mischief. Even then, he was an engaging maverick, but not seemingly the future restorer of some of the most important and rare keyboard instruments in the world. These would come to include the actual pianos of Beethoven, Chopin and Liszt. In 2012, in recognition of his expertise, David Winston was awarded the Royal Warrant as Conservator and Restorer of Pianos to Her Majesty Queen Elizabeth II. A lone wolf indeed. 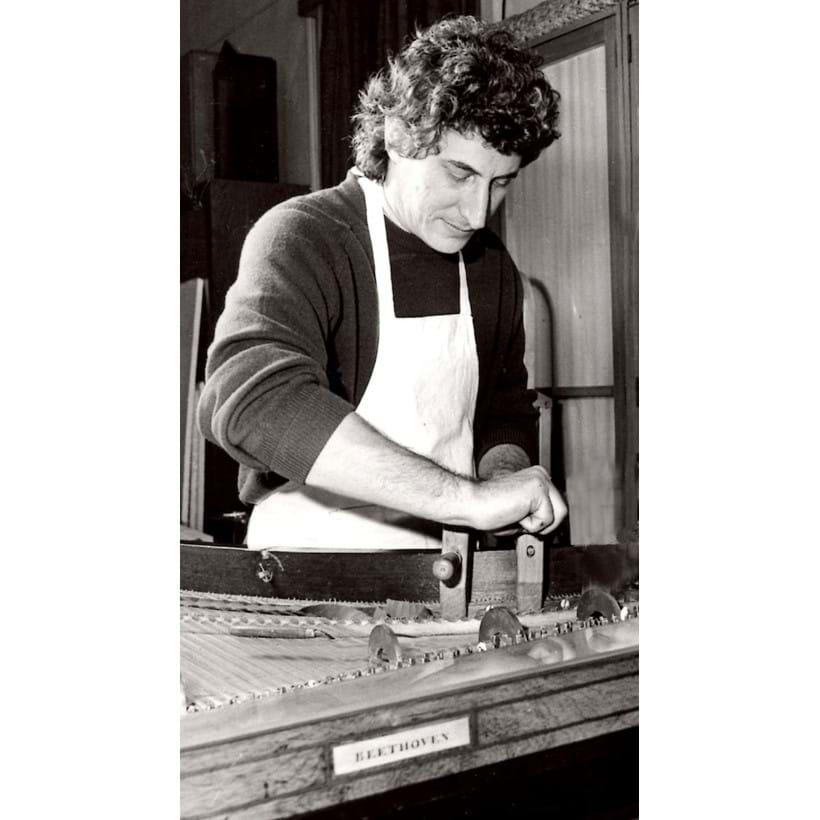 We come now to be selling his fine collection of keyboard instruments. It’s one that sets him apart in its vision and sensibilities. Unlike others - which are restricted to specific periods - The David Winston Collection follows the pattern of his enquiring and wide-ranging mind. It includes refined instruments of the 18th century as well as experimental, forward-looking and breath-taking examples of the 20th century. Each is an individual work of art. David’s instruments are more than merely that, they are beautifully-representative of vanished and romantic eras; carrying associations with famous players and historic friendships, all curated as beautifully-fashioned, giant music-boxes, rare and life-enhancing. The David Winston Collection represents a lifetime’s commitment to the nurture of period instruments: a collection built on style and sound put together with extraordinary knowledge and flair.

"It’s the audaciousness of copying such a fine instrument and creating something so distinct, yet complementary, which makes this so admirable." 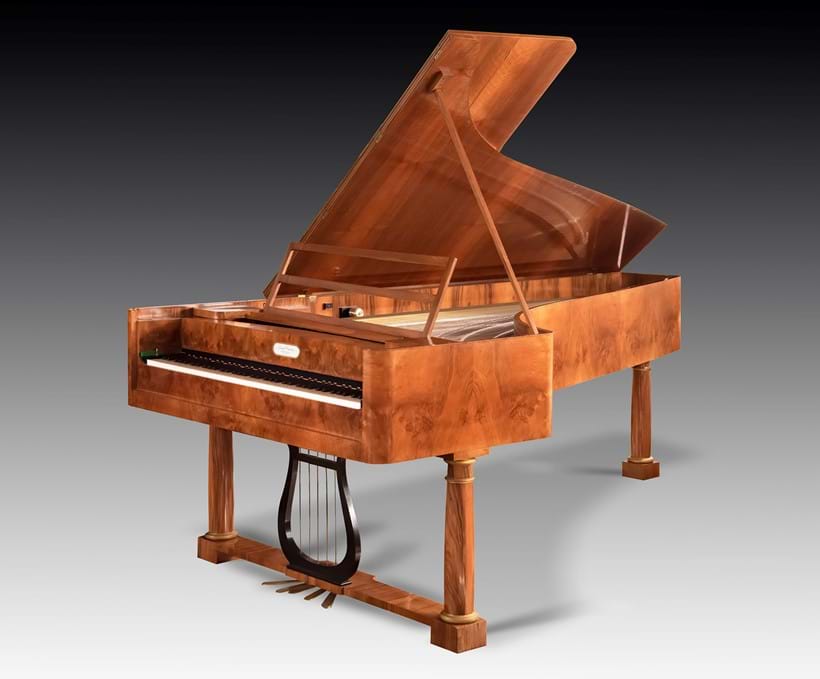 "The nobility of this mighty beast is unparalleled and its associations are almost legendary, but its sweetness of sound - as in Dame Imogen Cooper’s and Xiaowen Shang’s playing - make it one of the most wondrous pianos imaginable."

Click the image to watch the video and learn more. 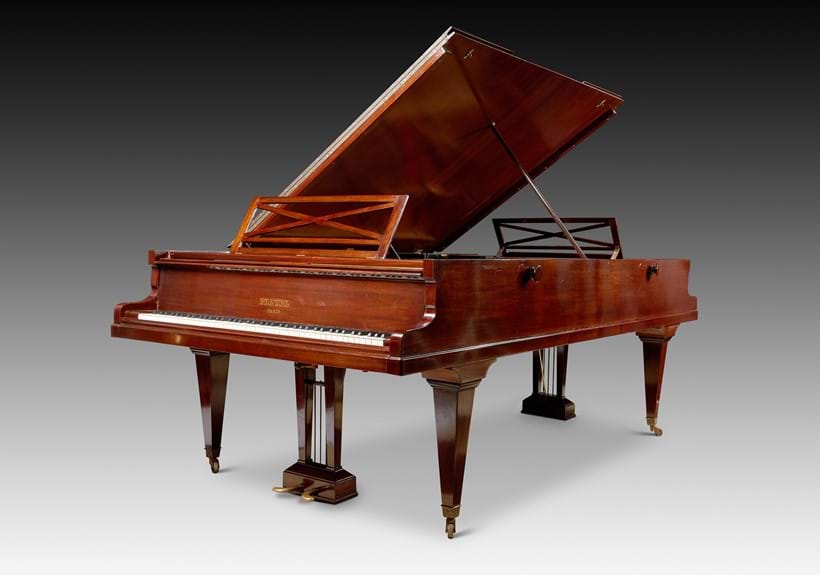 "Erard always manufactured understated quality, and this stool is a rare example of their quiet genius." 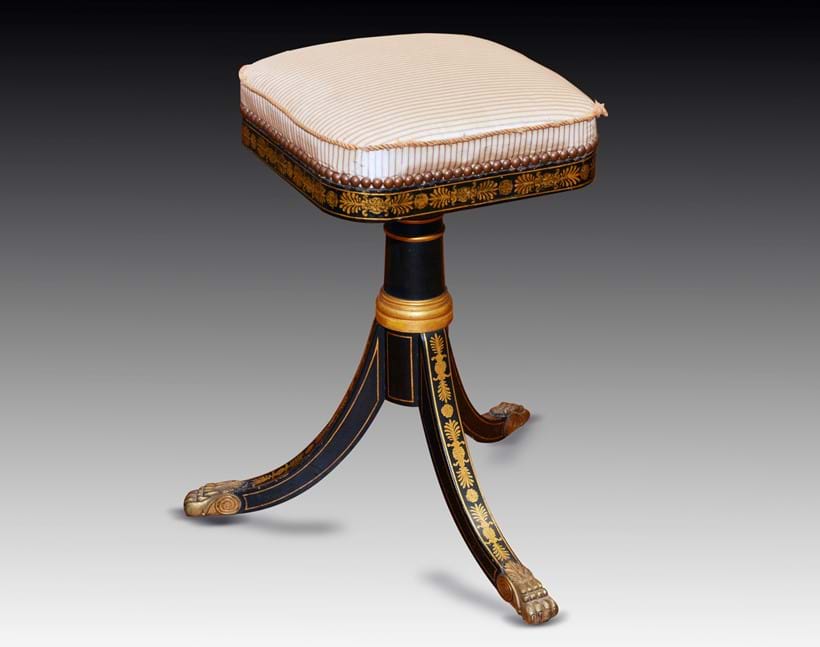 "Its faultless design and subtle execution make this Wurlitzer as timeless and iconic as the great P. G. Wodehouse."

Click the image to watch the video and learn more. 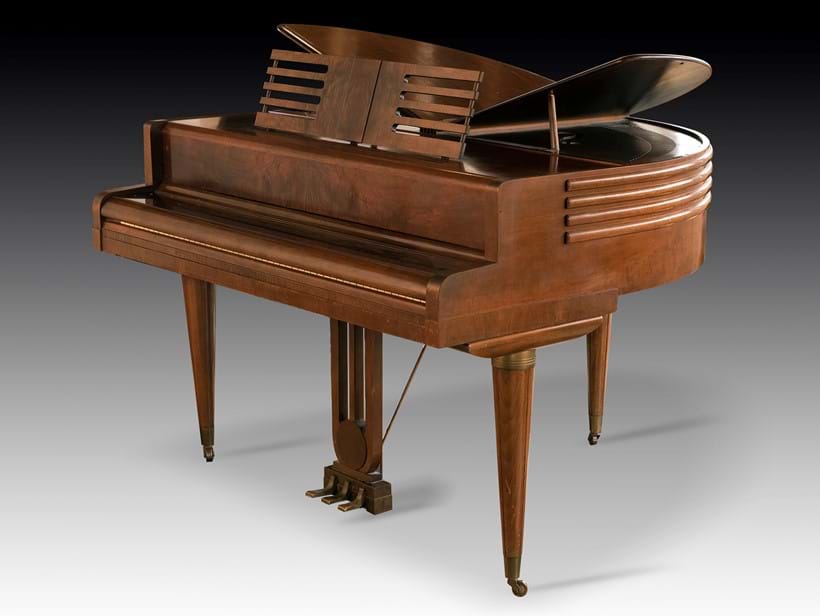