Chinese vase gifted by the last Emperor of China to a British Diplomat, for helping extinguish the famous fire in 'The Forbidden City' in 1923 | Chinese Ceramics and Works of Art | 18 May 2022

Chinese vase gifted by the last Emperor of China to a British Diplomat, for helping extinguish the famous fire in 'The Forbidden City' in 1923 | Chinese Ceramics and Works of Art | 18 May 2022

A highlight from Dreweatts' auction of Chinese Ceramics and Works of Art on 18 May 2022, is this stunning Chinese flambé vase gifted by the last emperor of China, ‘Puyi’ (1906-1967), to a British diplomat, for helping extinguish a fire at the palace in ‘The Forbidden City’ in 1923.

Excitingly the vase is accompanied by an original letter dated 27th June and addressed to Mr Joseph B. Carson (d.1947), who was secretary to H.B.M, Legation, Peking at the time, from the Imperial Ministry of the Household at the Forbidden City, for ‘…his assistance in fighting the fire at the Jianfu Palace Garden complex in the Forbidden City on the June 27th, 1923’. 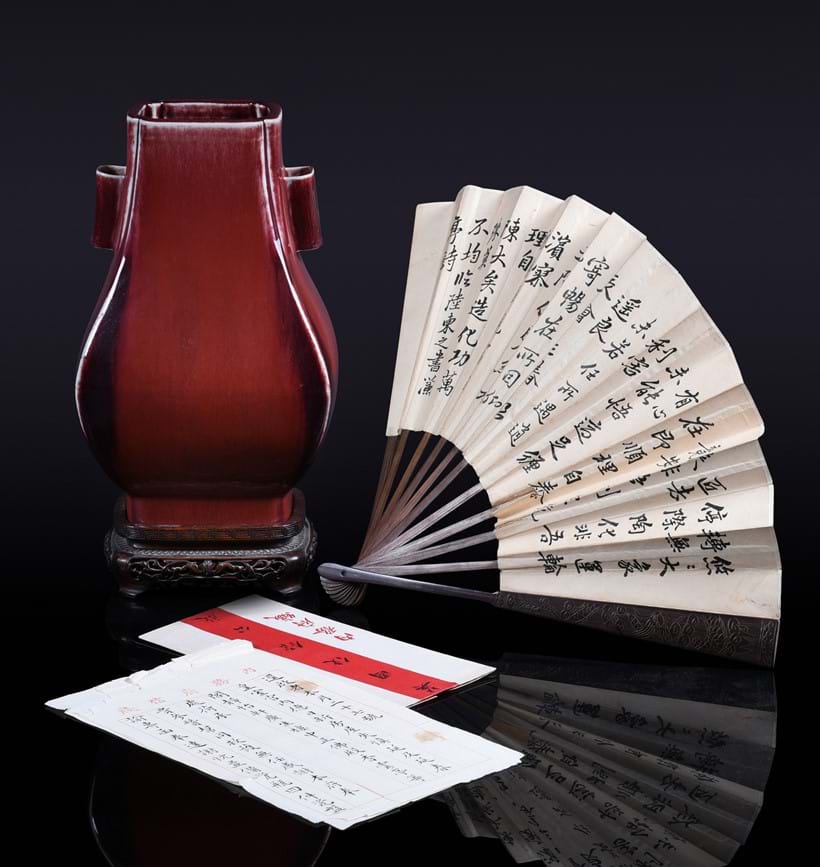 Based in China, Mr Joseph Carson and Mrs Tatiana Carson who had recently married, were dancing at a party on the roof of the Italian Legation, which overlooked the Forbidden Palace. On noticing the billowing smoke, they ran to assist, forming a human chain of buckets of water in an attempt to put out the fire. It proved to be one of the worst fires ever seen in the Forbidden City, completely destroying the Jianfu Palace garden complex. The decimated area would lie in rubble until a major restoration project was completed in 2005. 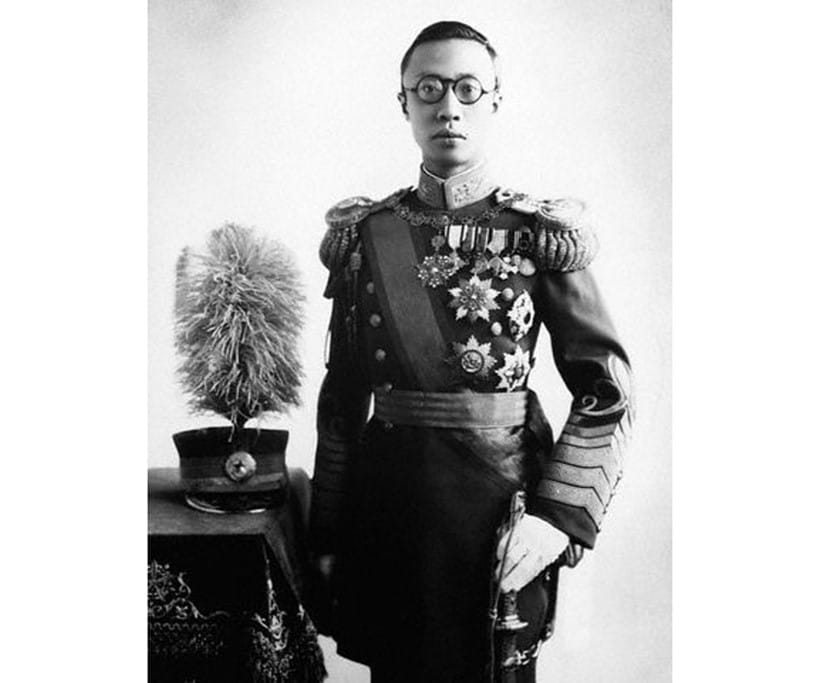 Such was the gratitude of the Emperor, that he decreed that Mr Carson be presented with four porcelain vases and four bowls, which were detailed in an accompanying hand written list and one of which is the vase being offered in this sale. The vase bears the Xuantong mark and features an unctuous glaze in a dark red tone streaked with mauve, which thins to white at the rim. It sits on a carved hardwood stand and carries an estimate of £5,000-8,000 (+ fees).

Sold with an accompanying original letter, dated 27th June and the original envelope, addressed to Mr Joseph B. Carson, from the Imperial Ministry of the Household at the Forbidden City.

As well as the note, an ink inscribed printed fan signed, 'Henry, To Mrs Carson in recognition of her help at the Palace fire on June 26-7, 1923.' is also being offered with the vase. Mr and Mrs Carson knew Puyi as 'Henry', the name the Emperor chose as his given name and the name he was thereafter known as in the West. The vase and its very personal documentation remained with the same family for many years, passing through the generations. 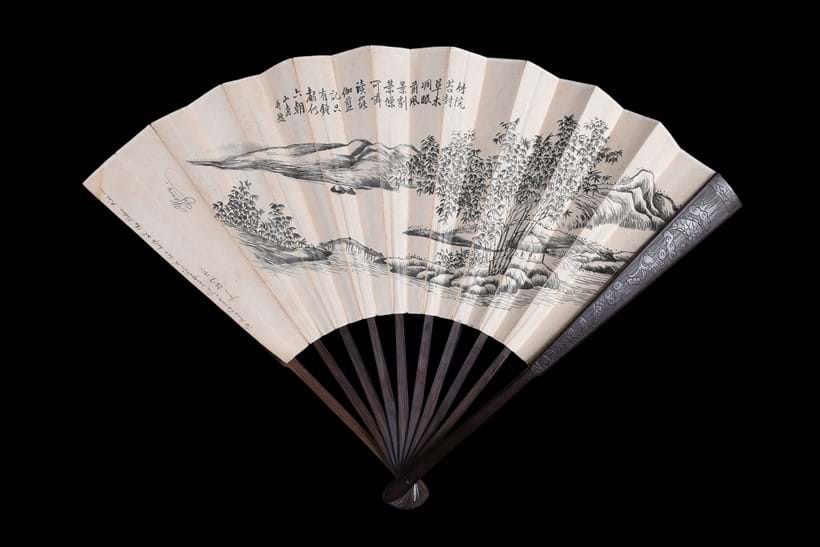 An ink inscribed printed fan signed, 'Henry, To Mrs Carson in recognition of her help at the Palace fire on June 26-7, 1923.'

Commenting on the vase Yingwen Tao, Dreweatts specialist in Chinese and Asian Art, said “We are very lucky to have the opportunity to handle such a rare piece of history. The vase came with great provenance as a direct gift from the Qing court. Even at the Palace Museum today hardly any documents still exist about the details of the fire.”

Also in the auction is this late 19th/early 20th century Chinese cloisonné 'Lotus pond' brush washer (bowl) from the same family. The bowl was given as a wedding present from Madame Wellington Koo, a Chinese socialite and style icon, who went on to become the First Lady of the Republic of China from late 1926 until 1927, to Joseph B. Carson and his wife Tatiana Carson (née Staheyeff). They were married in the garden of the British legation in Peking, in May 1923. The bowl is beautifully decorated with a lotus pond scene, to both the interior and exterior and features the four-character mark lao tian li zhi. It carries an estimate of £500-800 (+ fees).