Coming up we have our Chinese Ceramics and Works of Art auction on 19 May 2021 which includes the private collection of John Burke da Silva CMG (1918-2003). 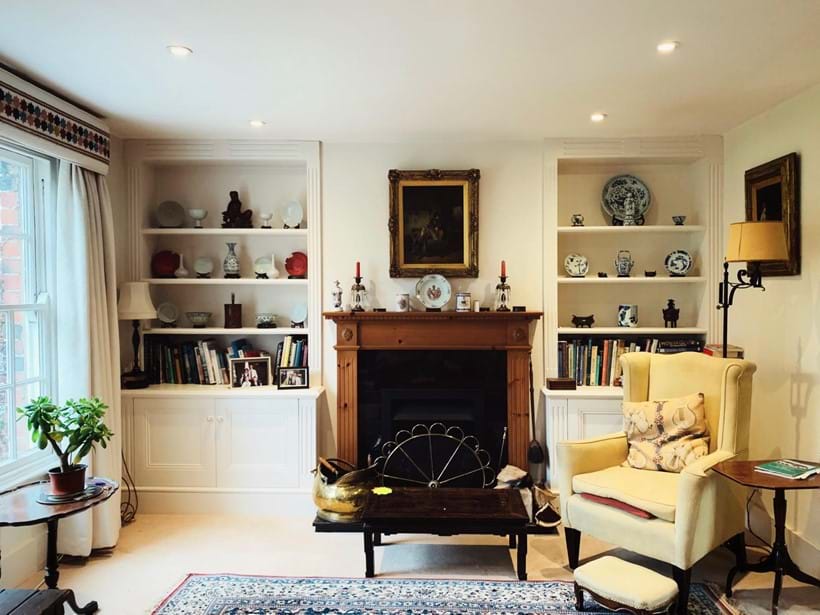 He served in the British army from 1940-1946, reaching the rank of major, and was mentioned in despatches. After the war he joined the Foreign and Commonwealth Office. The job took him to many parts of the world.

He married Jennifer Parker in 1963, his second wife, born 1932, who was a descendant of the Kleinwort banking family.

Johns’ love of Chinese porcelain stemmed from a posting to the Embassy in Rome in 1954, where he happened to stay in a rented flat that housed a large collection of Chinese and Japanese works of art. At the same time his mother had given him some pieces of Chinese Famille Rose porcelain. 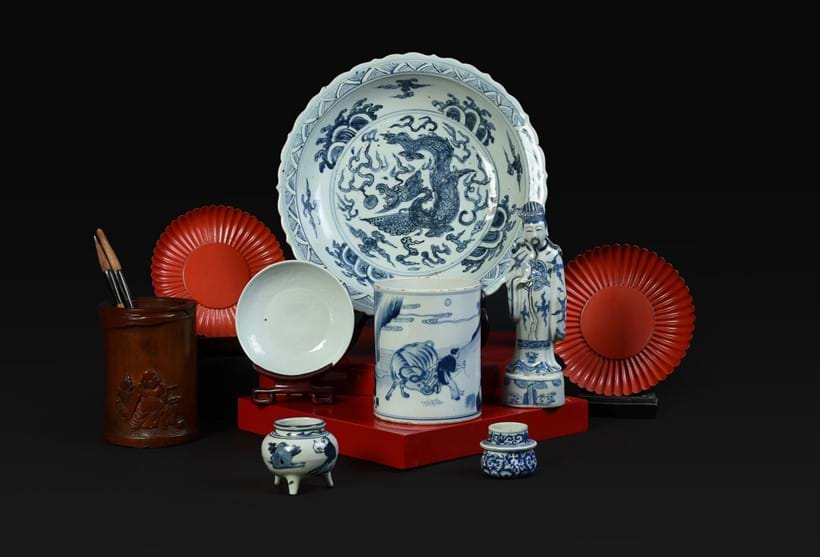 He studied the subject learning from books and visiting museums. His first two purchases came from the Portobello Road in September 1958. He visited shops and auctions, including Mr Monk’s shop on Kensington Church Street, and in his collection notes he states: ‘I sensed there were bargains to be had when one day I saw John Ayers, the Oriental keeper at the V and A, rummaging about there.’

Other regular ports of call were Sotheby’s and Christies which in those days had Oriental auctions every fortnight. An early purchase being a small globular incense burner bought at Sotheby’s in 1960 for £6.00, and when it was knocked down he recalled that ‘a muted cheer went up from the assembled dealers who by that time knew me by sight’.

By the summer of 1960 John had a dozen pieces of blue and white, which all went with him when he was posted to Bahrain in the autumn of 1960. Further posts followed, including; Hamburg, Aden and Washington.

Ming blue and white was his favourite field until about 1990 when the simplicity of earlier white wares attracted his eye. He bought and sold continuously on a modest scale, claiming he acquired to learn rather than possess.

After John’s death in 2003, his wife Jennifer da Silva continued to carefully look after the collection until her eventual death on the 27th August, 2020, aged 88.

The collection is comprised of 37 items with highlights including this fine Chinese moulded shufu dish from the Yuan Dynasty (1279-1368). The shallow dish is moulded with four stylised lotus blooms to the centre, with a further band of stylised lotus scroll containing the characters Shu and Fu. It was originally bought by John da Silva from Christie's South Kensington for £34 on 7 November 1995. 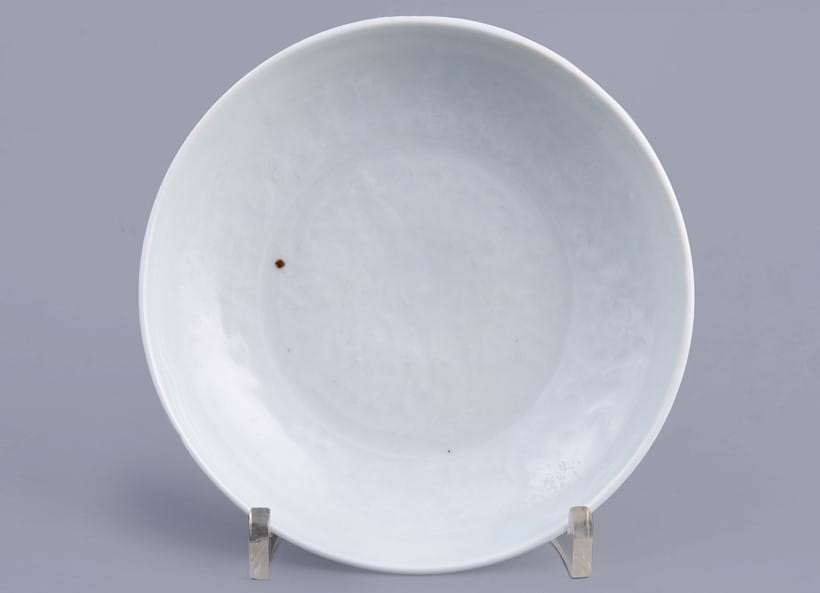 From the selection of blue and white porcelain in the collection, a highlight is this rare Chinese blue and white figure of Zhongli Quan from the Ming Dynasty, late 16th or early 17th century. The figure is standing on an oval base decorated with turbulent waves with a rock representing the sacred mountain.

It was originally purchased at Bluett & Sons on 9 September 1963 for £85, and comes with the original receipt. John da Silva writes in the family notes: 'two old and close friends invited us (Mr. and Mrs. da Silva) to choose something at Bluett's, the best and nicest of oriental dealers, as a wedding present, and after much deliberation we selected a 16th century blue and white figure of Zhongli Quan, one of the eight Daoist Immortals.' 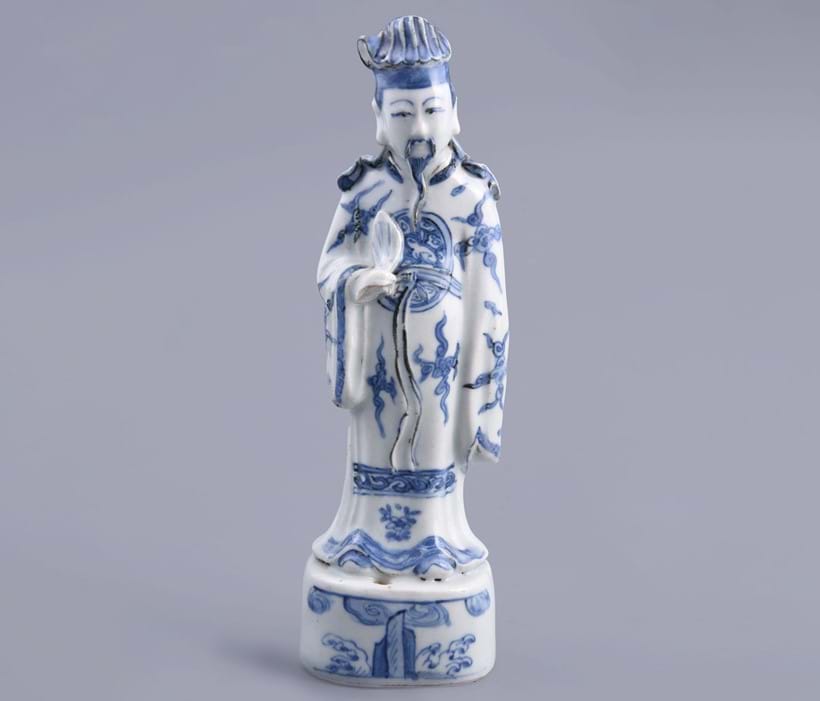 Also exhibited at the same joint British Museum and Oriental Ceramics Society exhibition in 1994 is this good 16th century Chinese blue and white dish from the Ming Dynasty. Designed with a barbed rim, it is decorated with a fei-yu dragon pursuing a flaming pearl, surrounded by a wave, clouds and diaper border.  The exterior features a continuous band of lotus flowers and foliage. This was purchased by John da Silva at Sotheby's on 26 April 1966 for £62. 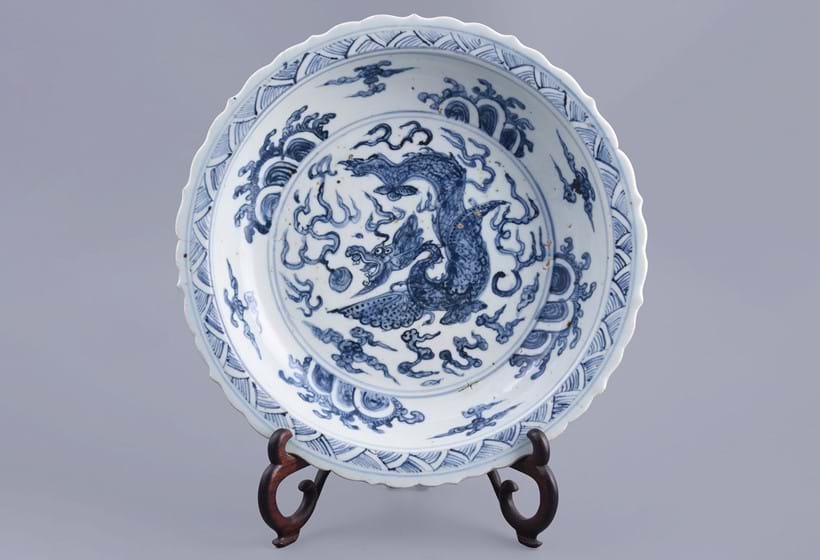 In the collection, there is also a small Chinese blue and white ovoid tripod vase, Tianqi or Chongzhen, from the first half of the 17th century. Standing on three short feet, it is decorated with a scholar, an attendant and floral spray. This was purchased by John da Silva at Sotheby's on 2 February 1960 for £8. It was also included in the joint exhibition by the Oriental Ceramics Society and the British Museum in 1994, and comes with the original paper exhibition label. 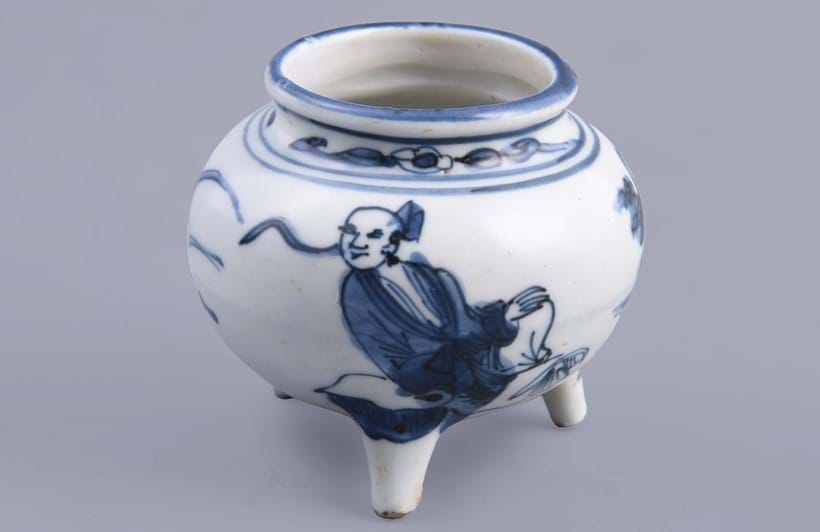 Another highlight is a good Chinese blue and white cylindrical brush pot, Kangxi, late 17th century. It is decorated with a boy and a water buffalo confronting the Western Han official Bing Ji and his guard. On the base, there is the four character Xuande Nianzhi mark.

It was purchased by John da Silva from Christophe in May 1963 for £19. It was then later published in the Autumn edition of Oriental Art in 1978 in their article entitled Three Types of Chinese Brush Stand, as well as illustrated in their Spring edition in 1985, Transition Wares: an Historical Perspective. 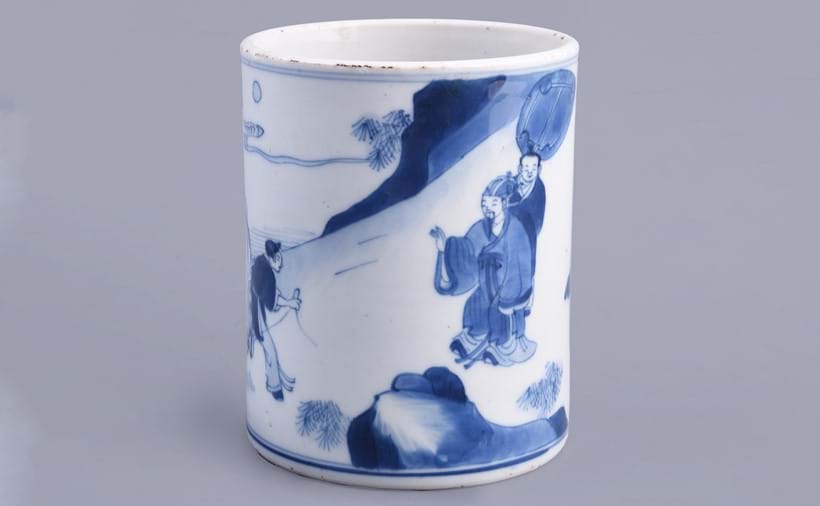 Also featured in the collection is a small and rare Chinese blue and white jarlet, zhoutou guan, Yongzheng (1722-1735). This is decorated with feathery scrolling floral elements around the body, with traditional classic scrolls around the flange. This lot was bought at Phillips by John da Silva in their auction on 14 January 1976 for £30. 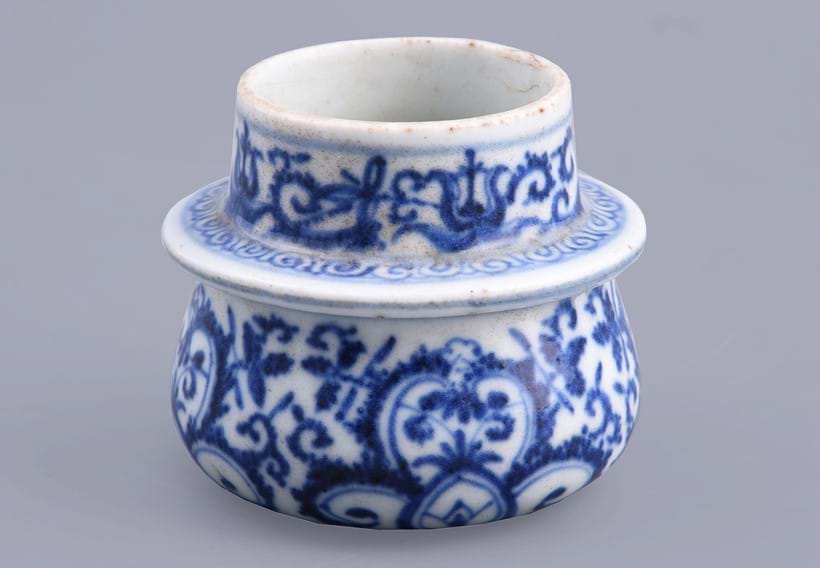 The collection also includes a Chinese cylindrical bamboo brushpot by Zhi Yuanfu from the Qianlong Period. It is made in the style of Wu Zhifan, with carved decorations depicting the Daoist immortal Wang Qiao holding his shoe and watching a flying goose. The reverse is incised with a twenty nine character inscription and signed Ju An, (courtesy name of Zhi Yuanfu).

This was bought by John da Silva at Chancellors Auctioneers on 26 April 1982 for £185 and is sold with a local newspaper sale report where the brush pot is mentioned. 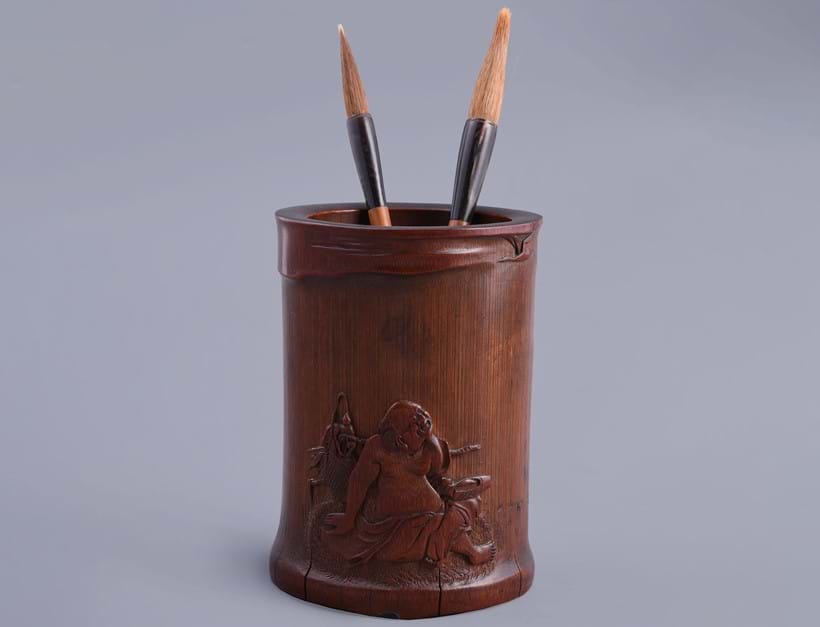 INVITING ENTRIES
We are now welcoming entries for our November auction. There are many ways you can get a free no obligation auction estimate from our specialists either in person or from the comfort of your own home: