Ever wondered about the significance of the tiger in Chinese culture? In our Chinese Art series, we are looking at the symbolism of animals in Chinese mythology. First up... TIGERS!

The tiger is one of the oldest and most revered animals in Chinese history. Ancient Chinese astronomers divided the sky ecliptic into four regions – the Azure Dragon of the East, the Vermillion Bird of the South, the Black Tortoise of the North, and the White Tiger of the West - collectively known as the ‘Four Symbols’ [四象]. Each of the creatures is most closely associated with a cardinal direction and a colour, but also additionally represents other aspects, including a season of the year, a virtue and one of the Chinese ‘Five Elements’ [五行] (wood, fire, earth, metal and water). The Tiger represented the seven constellations (奎 Kuí, 娄 Lóu, 胃 Wèi, 昴 Mǎo, 毕 Bì, 觜 Zī, 參 Shēn) of the west, the metal of the Five Elements (Figure 1), and the autumn season.

Figure 1 shows a regimental commander's banner of the Rattan-Shield Brigade, which was one of the Qing special operations forces. Representing the metal of the Five Elements, tigers have, long been a symbol of martial values in Chinese culture. 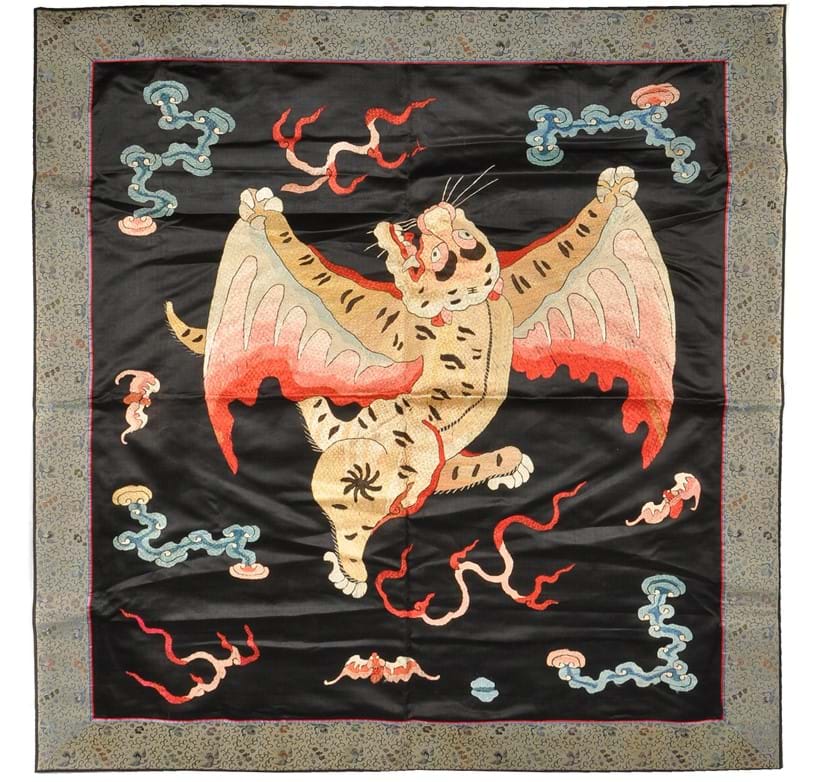 As we have mentioned above, the white tiger stands for the seven constellations of the west. Hence in literature, Xiwangmu [西王母], ‘the Queen Mother of the West’, one of the most important deities of the Han Daoist pantheon, is described as having tiger’s teeth and tail (Figure 2). In burials, the deity sat on a throne decorated with a tiger and a dragon, the opposing yin-yang forces moving the universe, which the Queen Mother transcended. 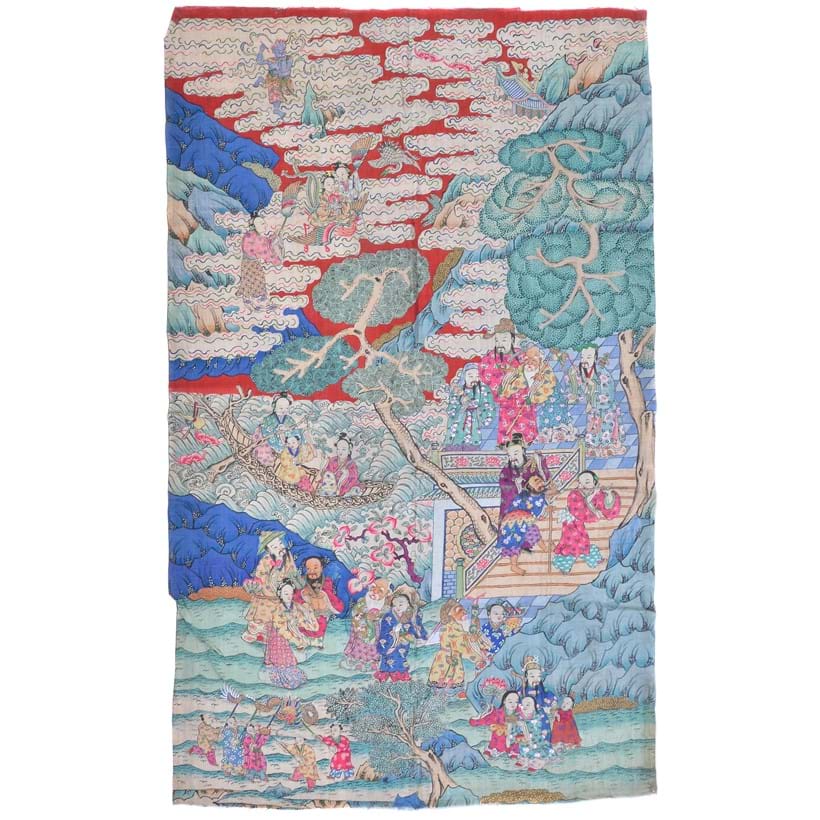 Figure 2: A Chinese silk Kesi panel, Qing Dynasty, circa 1850-1880, with a scene of Xiwangmu and her attendants seated atop a crane as they descend to meet Shoulao and the Eight Daoist Immortals standing on a rocky terrace amidst pine and peach trees, above a rushing river in which Magu navigates her log raft, with further groups of immortals standing along the shore bearing numerous gifts, some painted details, approximately 156cm x 93cm | Sold for £3,500 (hammer price)

The character hu, 虎, for tiger, is in fact homophone with hu, 护, meaning protection, which must have clearly been sought to protect the tomb occupants against the malign influences they may encounter in their afterlife. 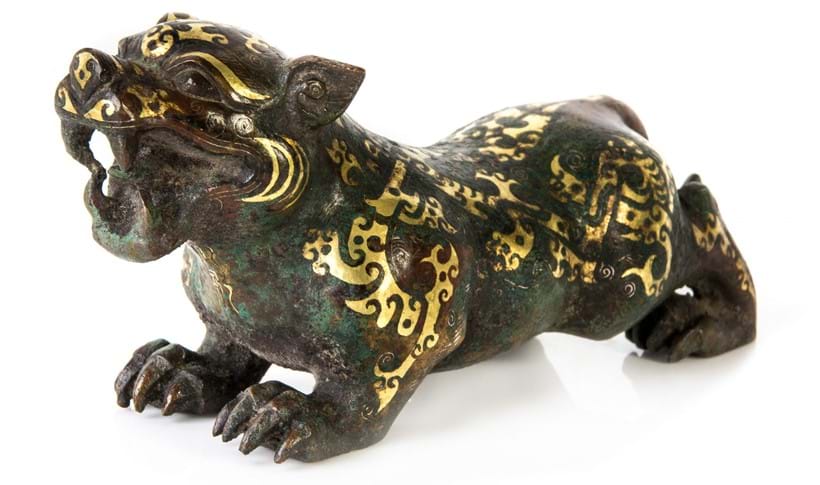