Mallett and Dreweatts in collaboration with Saatchi Gallery are delighted to announce: Dancing with Colour, a selling exhibition of paintings and works on paper by British artist Berenice Sydney (1944-1983).

This show, remarkably the first presentation of her work staged at a major public art gallery in over thirty years, reflects Berenice’s signature lyrical and highly animated graphic style. Her works, notable for their fluency of form and movement are inscribed with her passion for music and dance – she studied classical ballet, guitar and flamenco – as well as the sense of liberation and freedom of expression which prevailed in Britain during the 1960s.

Proceeds from the exhibition will be donated to the Royal Academy Schools. Says the spokesperson: ‘We are delighted that proceeds from the Berenice Sydney exhibition will contribute towards an award to a student studying at the Royal Academy Schools. The award will be made at the annual Premiums Exhibition and will give vital support to the development of the recipients work in their final year of study.’

Paintings such as Untitled (1966), and Lady Enjoying the Sun (On the Beach) (1966) (illustrated above and below), will feature in the exhibition and are typical of her work, they reflect the influence of cubist and fauvist vocabularies that were central to Berenice’s practice, in contrast to the then-prevailing Pop Art aesthetic.

Of her first solo show at the Drian Galleries in London in 1968 the critic Marina Vaizey in Arts Review praised Berenice’s drawings based on Greek myths as ‘neo-classical in technique and vaguely reminiscent of the famous period of Picasso.' She argued that these had been 'a tough self-training’ with ‘coherent and elegant exercises.’ 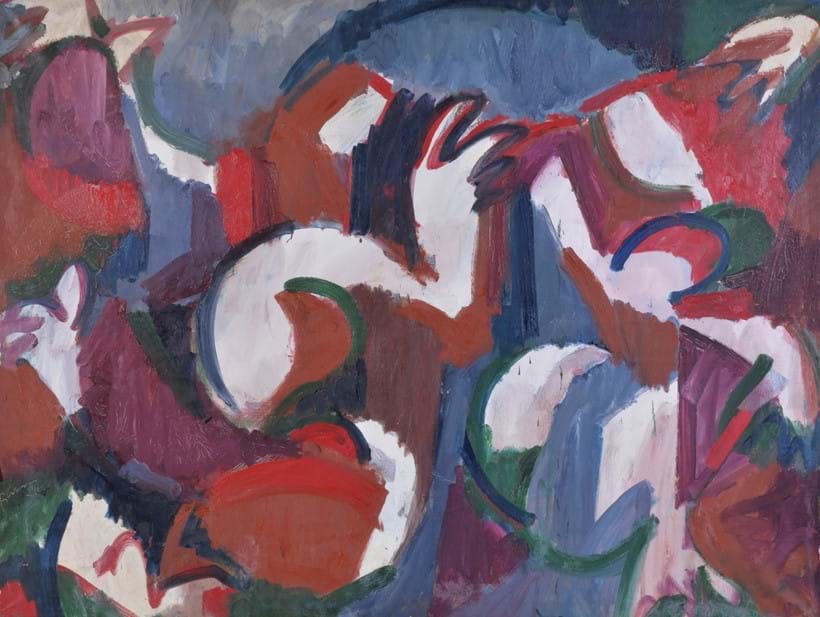 Lady Enjoying the Sun (On the Beach), signed and dated 8'66 lower left, oil on canvas

As her style developed, Berenice abandoned figurative representation for total abstraction, in which geometric or freely composed forms created rhythmic and harmonious compositions. The multifaceted experiments of this nature have been described as depicting her own ‘floating cosmos’. As is witnessed in another featured painting, Untitled (1983), (illustrated below) the vortex-like compositions of these later works generate a dynamic structural frame that expresses joy, exhilaration and the artist’s extraordinary freedom of spirit. 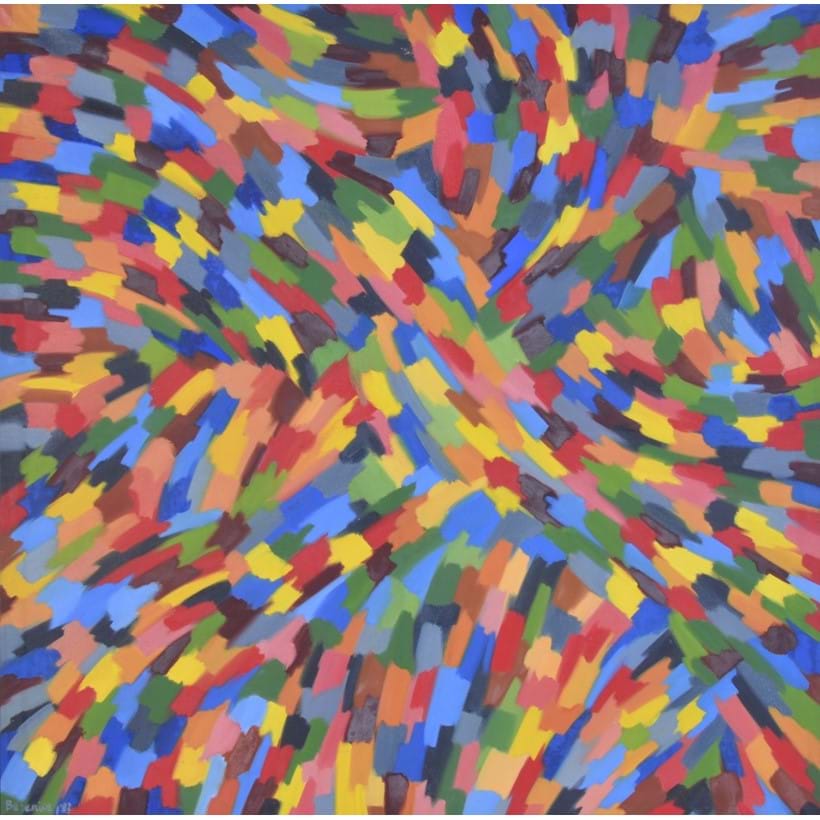 One of the most expressive and original artists working in Britain in the late 1960s through to the early 1980s, Berenice’s oeuvre spans paintings, drawings, prints, children’s books, costume design and performance. She travelled widely throughout her life, including Greece, the Aegean islands and Egypt - the history and mythology of which provided subject matter for many of her paintings.

She continued to explore themes in her work relating to Persian mythology, Christian symbolism and Greek mythological subjects as well as referencing Ancient Egyptian art, even creating a hieroglyph of her professional name and working on papyrus. 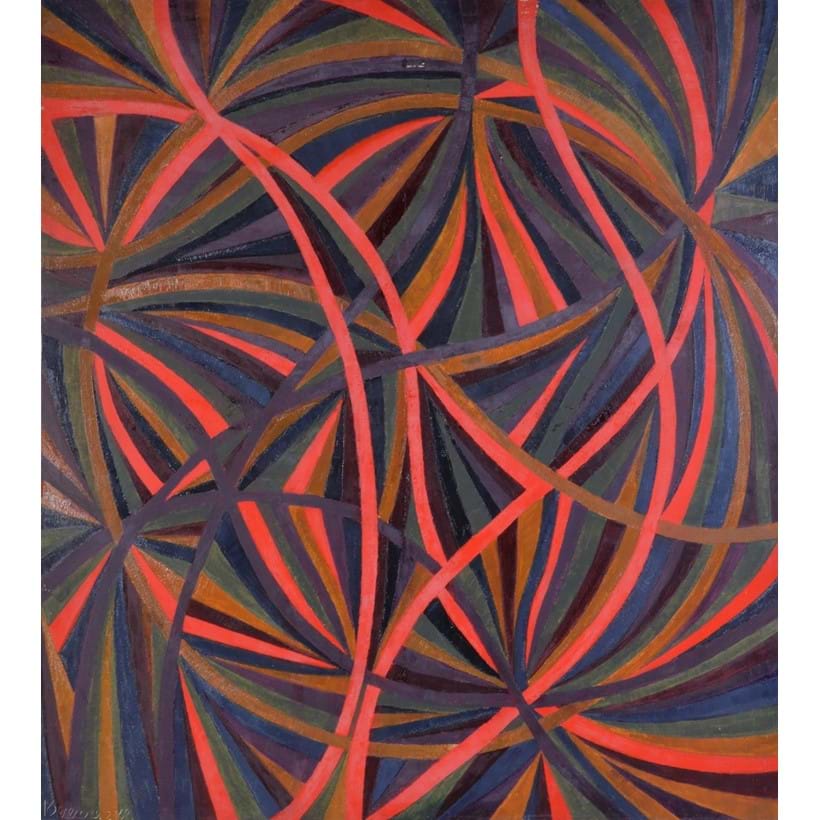