On 6 May 2021, Dreweatts will host the auction Piet Jonker Garden Statuary and Ornament. Here Piet and Bas Jonker take you behind the scenes, talking about their family business and how they put this collection together.

Highlights include Lot 201, this Continental, probably Italian, sculpted limestone wall fountain, 20th century. The circular backplate is carved in high relief with the head of Medusa, her hair with coiled serpents and protruding wings, her open mouth and serpents heads either side as the water spouts.

A pair of these very imposing wall fountains were ordered by Gianni Versace for his Miami Beach home, the former Casa Casuarina. One of the pair was delivered, the order for the second example - this one, being cancelled. 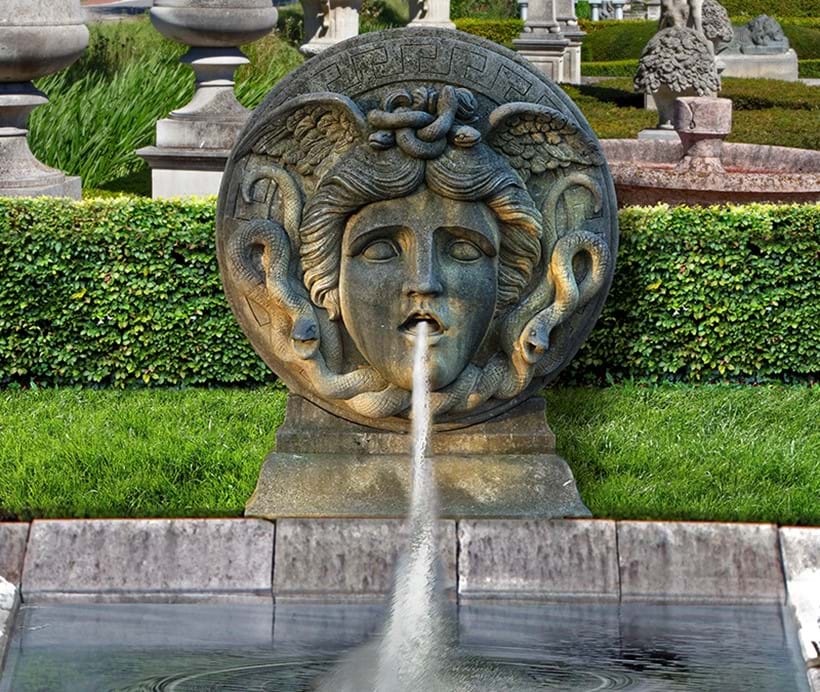 The auction also features this impressive pair of 20th century fine monumental sculpted limestone models of recumbent lions (Lot 106). They are designed after the work of Venetian sculptor Antonio Canova (1757-1822), of the sculptures which can be found on the tomb of Pope Clement XIII at St Peter's Basilica. Each lion is portrayed with their forepaw resting above the other.

On his death in 1769, Pope Clement XIII was laid to rest in the Vatican, but Senator Abbondio Rezzonico (the nephew of the late pontiff) commissioned Canova to create a more fitting tomb for him in St Peter's Basilica. The work which includes Canova's lions in marble was completed in 1792, when the late pope's remains were removed to the new tomb. 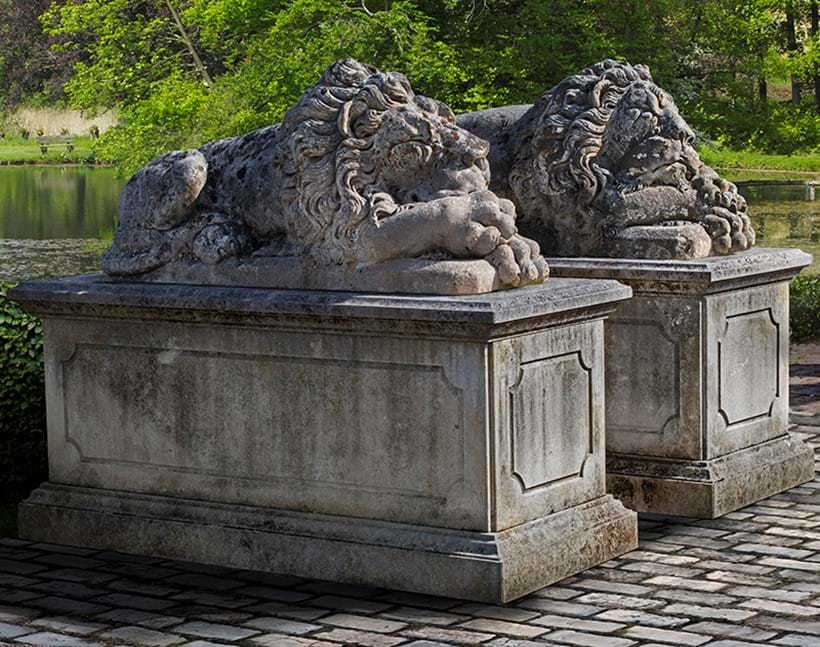 Lot 119 is a near pair of 20th century bronze models of standing greyhounds, after Eos by John Francis (1780-1861). They are modelled opposing, each standing with head slightly turned wearing collar and neckerchief.

The present greyhounds were inspired by John Francis' model of The Greyhound Eos, circa 1848, which stood on the terrace of the Italian Gardens at Osborne House on the Isle of Wight, and has been reproduced with the gracious permission of Her Majesty the Queen.

Francis' model is based on a painting of Eos by Sir Edwin Landseer (1803-73), which served as inspiration for the Osborne House version of the greyhound as well as the one for Windsor Home Park. Prince Albert is known to have worked on the sculpted rendition himself together with the sculptor John Francis. In her diary entry for 1st November 1844, Queen Victoria wrote

'...we walked down to the Kennels, where Francis is getting on with the model of good 'Eos', which is very good and like. Albert directs everything, and also works himself at it'. 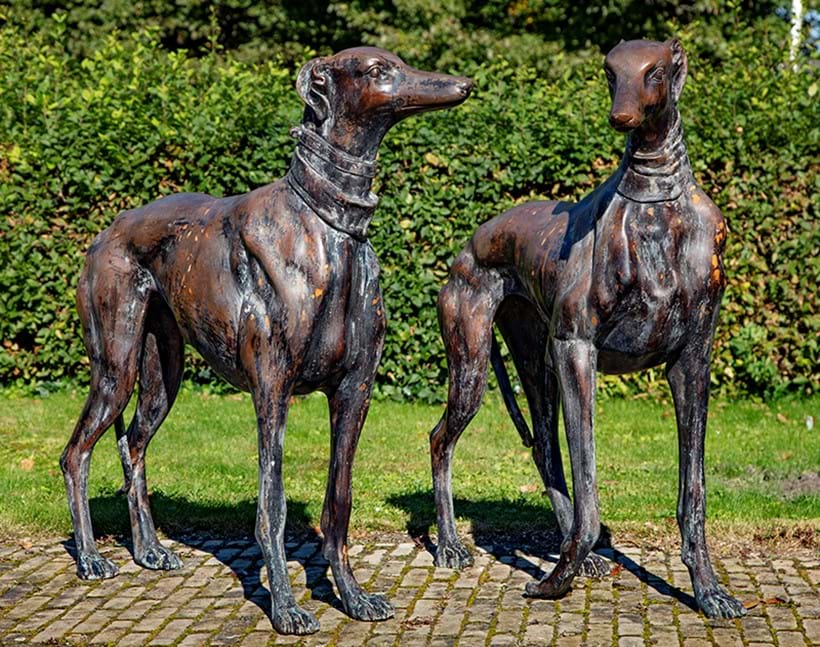 A favourite piece of Piet Jonker is Lot 247, a unique Italian sculpted limestone model of a human brain, by Italian sculptor Massimo Sarantonello. It is naturalistically modelled with a distinct cerebral cortex. This piece was purchased by Piet directly from a private collection, where is stood for many years, having been a special commission. 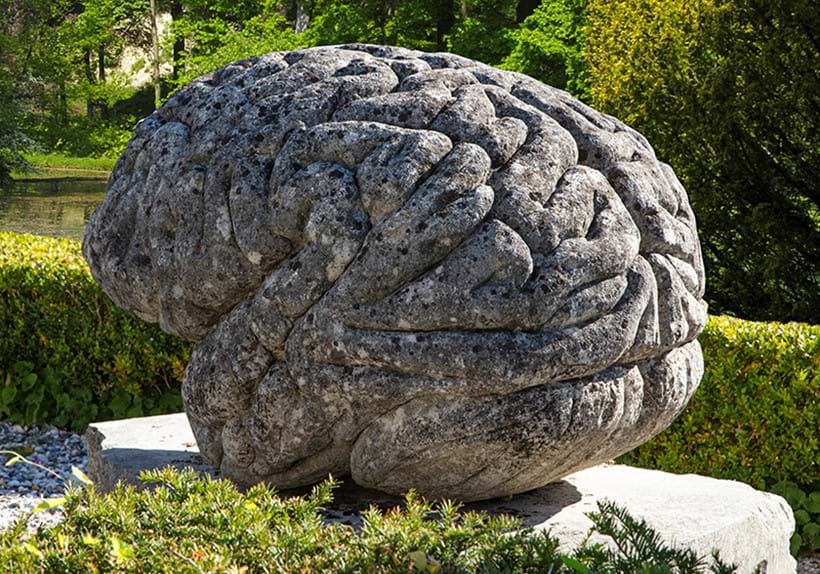 Finally, another highlight shown here is Lot 151, this 18th century Continental sculpted limestone group of Mercury and a cockerel, circle of Ignatius van Logteren (Dutch 1685-1732) and after Michel Anguier (French 1612-1686). Here the god is portrayed standing and 'heroically nude' but for drapery around his midriff, the petasus helmet worn back on his head, the cockerel beside him.

Mercury, usually recognisable by his petasus, caduceus and winged sandals was, other than his chief role as messenger of the gods, also associated with trade and commerce. He was also the patron god of financial gain, eloquence (and thus poetry), messages/communication (including divination), travellers, boundaries, luck, trickery and thieves as well as being the guide of souls to Hades. In this group, his association with a cockerel marks him as the Herald of the New Day, and he was similarly portrayed by the Flemish sculptor Artus Quellinus, and by the Dutch artist Hendrik Goltzius in a work of 1611. 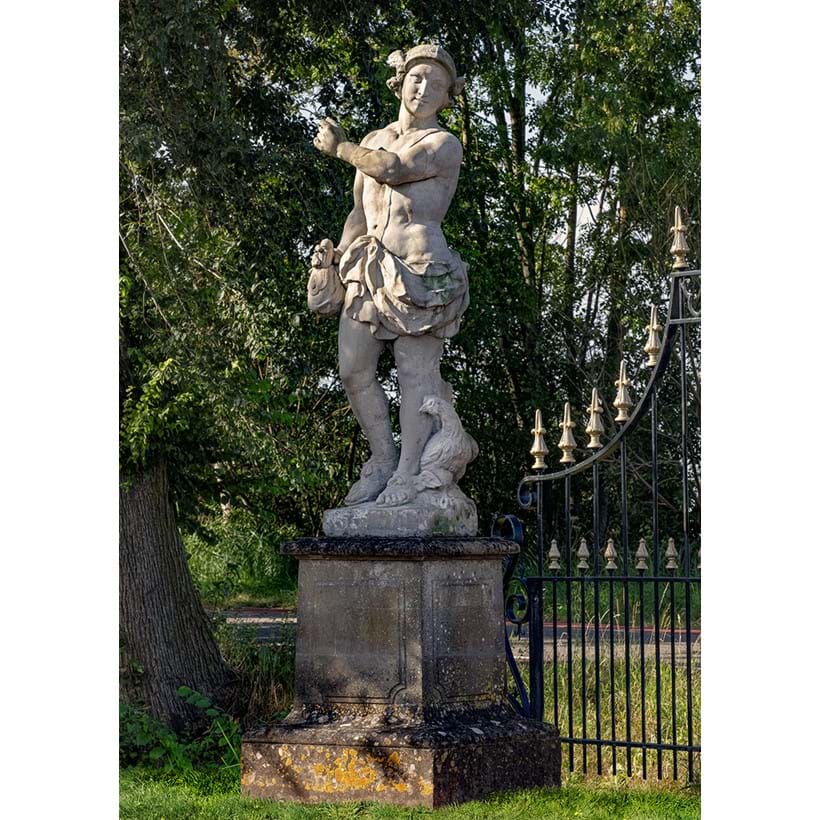 This is an online auction with an auctioneer. The auction will take place at Donnington Priory, but please note all lots are stored and can be viewed by appointment at Piet Jonker (The Netherlands), NOT at Dreweatts.