Coming up on 1 March, we have our Transport Sale. The auction will include steam model locomotives from gauge 1 through to 7 1/4 inch gauge locomotives, part built models, stationary engines, traction engines, model aeroplane engines, as well as a number of private collections. Here we pick out some of the highlights.

To start we take a look at Lot 124, a well-engineered 7 1/4 inch gauge model of a 2-6-2 + 2-6-2 Freelance Garratt articulated live steam locomotive 'Gordon Too'. This model was built by Mr R G Gray and completed in 2017. It is a truly unique 'one-off', completely free-lance design locomotive, derived round many Romulus castings, with distinct leanings towards others of the same Garratt format which ran in Central Africa. It comes with a standard coal fired Thomas 2 type boiler with internal regulator ball valve, professionally built by Mr K Neate. The locomotive is sold together with a braked display trolley on castors. 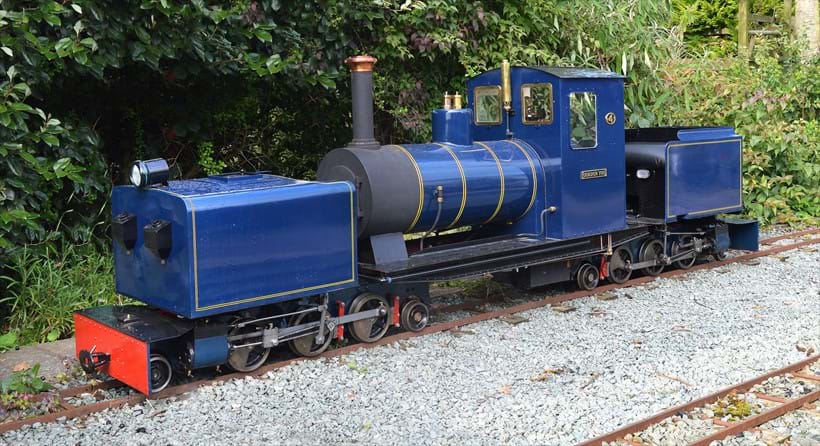 The vendor describes how this model was "originally conceived and built for a large public railway that unfortunately closed before her completion. Since completion she has resided at Woodseaves Model Railway, Salop, which was a little too small for her power and size.She has seen little serious running, due largely to the pandemic, but is now beginning to ease out nicely and is running very sweetly, though will no doubt improve further with more use. A sliding roof hatch is fitted for easy driver vision of the controls and pressure gauge.

"The name 'Gordon Too' comes from a couple of sources. This is the 4th 7 1/4 inch gauge locomotive that Mr R G Gray has built. He likes blue! Hence running number No. 4 is inescapable, as is Gordon, as four consecutive generations of his immediate family have Gordon in their name. The great Rev. Awdry had No 4 as 'Gordon, the big blue engine', so this just had to be Gordon as well (Too). Or the grandchildren would have rebelled!"

We then have Lot 123, this exciting item is a rare and well-engineered 7 1/4 inch gauge model of a S160 Austerity 2-8-0 tender locomotive 'A.B.Macleod' No 1893. It will be sold together with travelling cases. This fine locomotive comes with a silver soldered copper boiler having back-head fittings including twin encased water sight glasses, regulator, clack, safety valves, lever operated fire-box doors, chain operated whistle plus whistle control for large whistle mounted under the chassis, direction control quadrant and other usual fittings. The chassis having twin outside cylinders, fluted and polished bright-work motion and a ratchet oiler system. The model is finished in blue and black livery with polished brass boiler bands, fine detailed rivet-work, sliding drivers windows, detailed locomotive plates and A B Macleod locomotive name plate.

The locomotive was purchased by A.B.Macleod the celebrated Southern Railway and Isle of Wight Railway manager and also being the gentleman who was responsible for the salvage of LSWR 4-4-0 No 563. The locomotive is sold together with a comprehensive history on Mr A B Macleod who purchased the locomotive following an advertisement in the Model Engineer in 1964.

The locomotive was then purchased by Len Willoughby of Eastleigh in a poor state of repair. Len had the locomotive running and later sold it to Ian Braithwaite of Saffron Walden in 1970.

The locomotive was sold to the now late Mr Keith Barnes in 1986 and after a re-build was steamed in 1989 and has been running ever since, spending some of its years with Keith in Holland, Belgium, Germany and Switzerland, before returning with its owner to the UK.

Finally, we have two lots built by the late Sam Salt, a top quality engineer and former foreman in the tool room at Bamfords Ltd., Agricultural Engineers in Uttoxeter. The proceeds from the sale of these lots will be given to a nominated charity by the vendor. The first item we will be offering is Lot 76, a fine exhibition quality 3 inch scale model of a Charles Burrell & Sons agricultural traction engine. 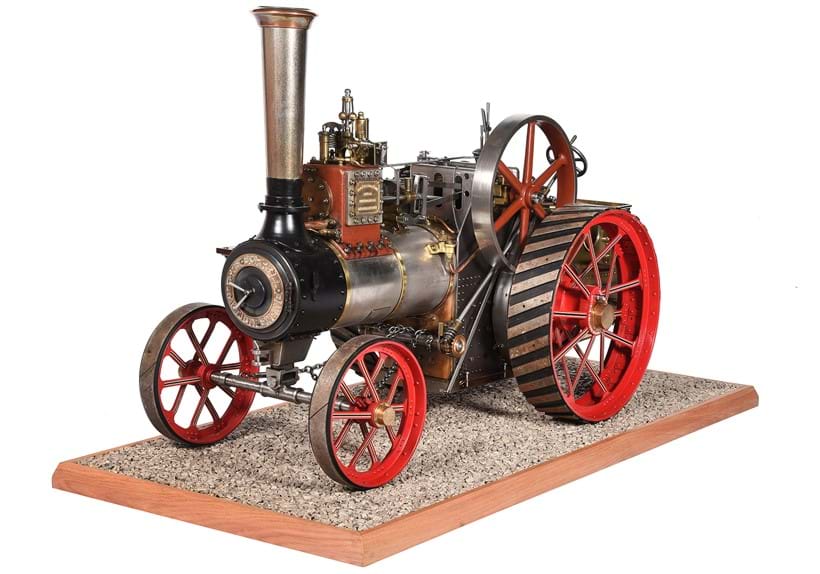 The second item being sold is Lot 77, a fine exhibition quality 2-inch scale model of a John Fowler of Leeds Showman's engine 'The Iron Maiden'. This model is built to a very high standard and would grace any ones collection. It is sold together with a display board base. 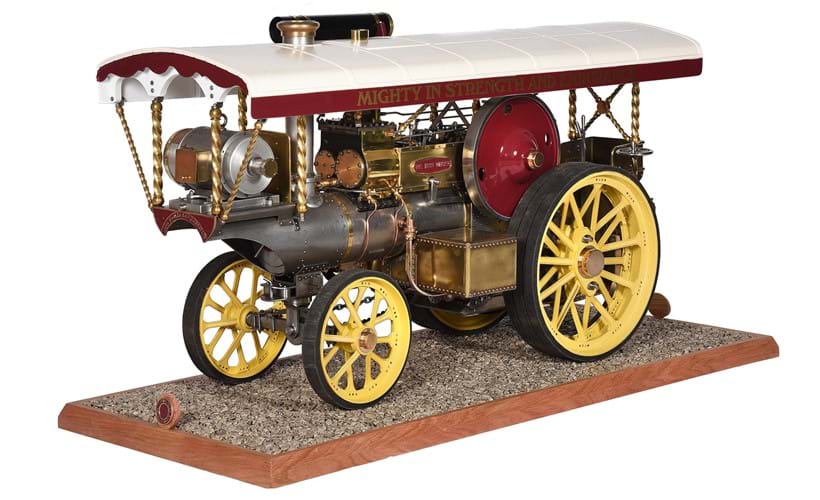