On 2 & 3 November, we have our Interiors auction. Whilst Day One is focused on a specialist group of Decorative Arts and Modern Design items, Day Two offers more traditional designs, with a selection of furniture, sculpture, works of art, carpets and garden ornament dating from the late 17th century through to the present day. Day Two opens with a private collection of items which come to sale by order of a member of the de Rothschild Family.

This collection of 61 lots includes 10 examples of Howard seat furniture, with late 19th century and later examples. A particular highlight is Lot 316, a pair of armchairs of ‘his and her’ proportions, despite the slight differing of sizes they were originally conceived as part of the same commission and come with identical serial numbers stamped to the back legs. Whilst in need of reupholstery it is nice to note that they both have remnants of the original ‘H&S’ signature ticking. These are estimated at £500-700 (+ fees).

The collection also features a group of twelve lots of sporting interest. The group is primarily formed around the theme of greyhounds. Included are two modern bronze models; one of a whippet by Jonathan Wylder (Lot 307), the other a greyhound by Philip Blacker (Lot 308). The work by Wylder will be a particularly reminiscent sight for any dog owner with the characteristic long body contorted in the resting position that appears uncomfortable to us humans but must be supremely comfortable for them! This bronze is valued at £500-800 (+ fees).

Philip Blacker is a sculptor and former jockey, on Spanish Steps he finished fourth in the 1977 Grand National, the first win of Red Rum’s Grand National career. A decade later, in 1987, he produced his first work, fittingly a life-size sculpture of Red Rum, at the Grand National’s home of Aintree. The work in this sale is naturalistically modelled with the hound’s nose raised, front paw cocked, and the muscles in the back legs taut as if ready to run at any moment. This has an estimate of £1,000-1,500 (+ fees). 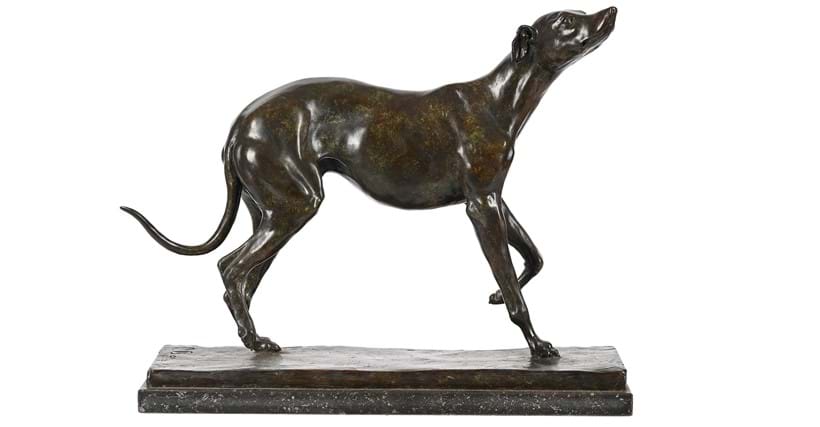 The collection also features a small selection of garden ornament and furniture. Lot 337 and Lot 339 are garden benches of recent manufacture, modelled after the famous example by Edwin Lutyens. Each features an arched and serpentine backrest above a slatted seat and outscrolled arms. Benches of this form were originally supplied to the garden at Little Thakeham, near Storrington, West Sussex. They then became a common feature of other gardens designed by Lutyens. The preset lots are each estimated at £300-500 (+ fees).

The rest of Day Two offers items from other properties. Here we take a look at Lot 414, a mid 18th century George II walnut chest of drawers. Interestingly, this has been made in a late 17th century manner, with side runners to the drawers and the panelled rear boards. Quite possibly made by a cabinet maker trained in the earlier techniques. 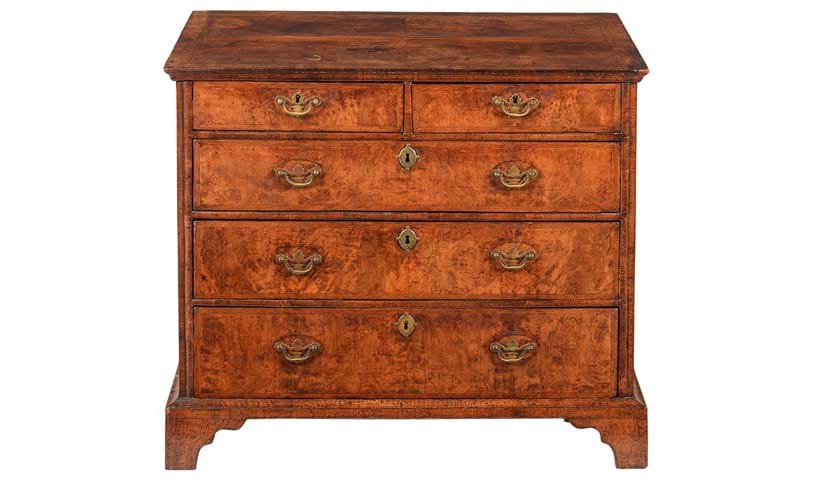 Another lovely piece is Lot 474, an attractive mid 19th century kingwood and gilt metal bureau plat, typically French in design and of high quality. One nice feature to note is that it bears a stamp to the drawer for the firm of BERTRAM & SON. William Bertram has been recorded as a furniture dealer based at 100 Dean Street, Soho, London from 1839 onwards. The firm is noted by Christopher Gilbert as retailing various pieces in the French style and, as with the present lot, 19th century French oeuvres of fine quality. It was purchased by the vendor from Halliday's in September 2002. 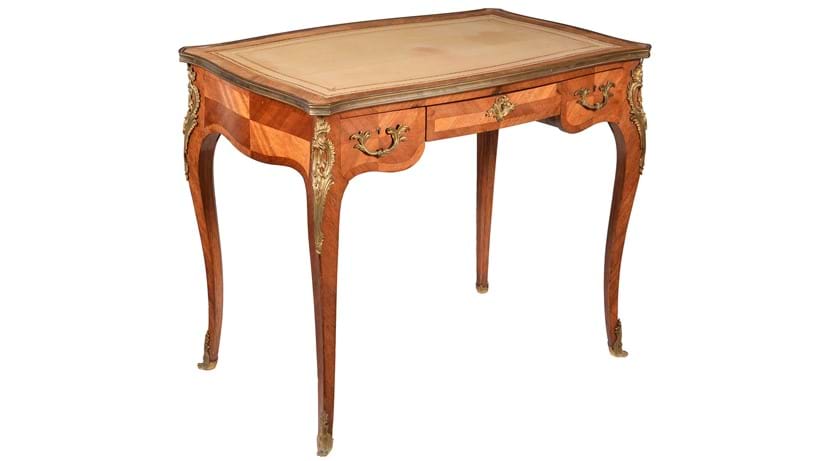 Included is Lot 706, a set of three white painted aluminium armchairs, after the manner of designs by Coalbrookdale. They feature fern fronds to the back. Ferns were a popular theme in Victorian furnishings and architecture. At the time, a craze for fern hunting and collecting caught the public’s imagination, and so the term Pteridomania (as coined by Charles Kingsley) was born. So popular was the fern as a design motif that it lives on in a humble tea-time snack, the custard cream. These chairs carry an estimate of £600-800 (+ fees). 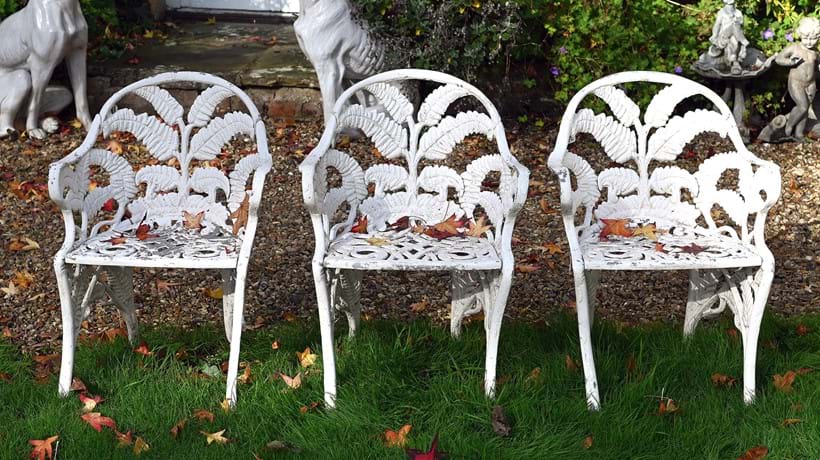