Auction Highlights | Chinese, Japanese, Islamic and Indian Ceramics and Works of Art | 19 May 2022

Auction Highlights | Chinese, Japanese, Islamic and Indian Ceramics and Works of Art | 19 May 2022

This May we have our two-day auction of Chinese Ceramics and Asian Works of Art. Day Two (Lots 201-551), on Thursday 19 May, will offer Chinese Ceramics and Works of Art, including Japanese, Islamic and Indian Art. The auction features a wonderful variety of pieces from a number of private collections. Here we take a look at some of the highlights.

Lot 351 is a rare set of five miniature pottery polo players, dating from the Tang Dynasty (618-907AD). Each is modelled riding with arms out thrust.   Purchased by the current owner from Robert Kleiner & Co. Ltd, on 25 June 2003,  they will be sold with the original invoice, as well as Thermoluminescence certificates for two horses, dated 21 May 2002.

Next up is Lot 400 - eight late 18th or early 19th century Chinese export Famille Rose figures of Immortals. Coming to auction from a private Berkshire family by inheritance, the set comprises Shoulao and seven immortals. Each is enamelled in variously patterned robes, standing on raised rectangular plinths and holding their respective attributes.

From a private Hampshire collection, we have Lot 441, a 19th century Chinese Famille Verte plaque, from the Qing Dynasty. Measuring 22cm x 19.7cm, this plaque is beautifully decorated with a sage seated under a pine tree with an attendant bringing books. 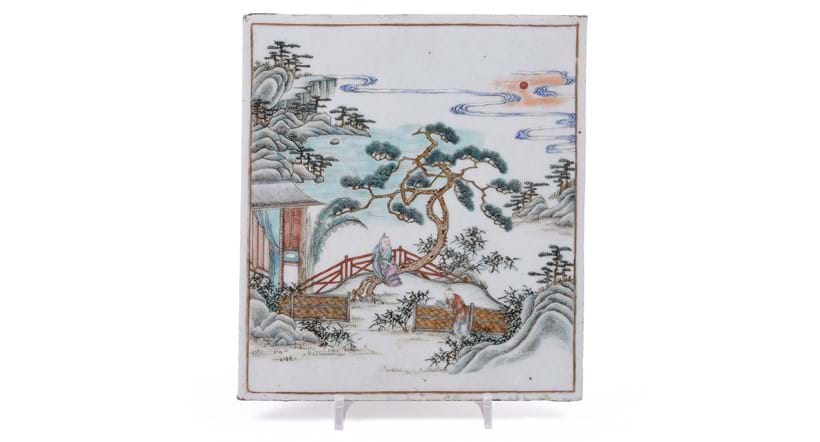 From the selection of Indian art, a highlight is Lot 498, a Pahari painting of a woman with a dove, surrounded by her companions in a hilly landscape. Probably Guler, it dates to the early 19th century, and features two lines of devanagari script on the reverse. This lot comes from a private English collection. 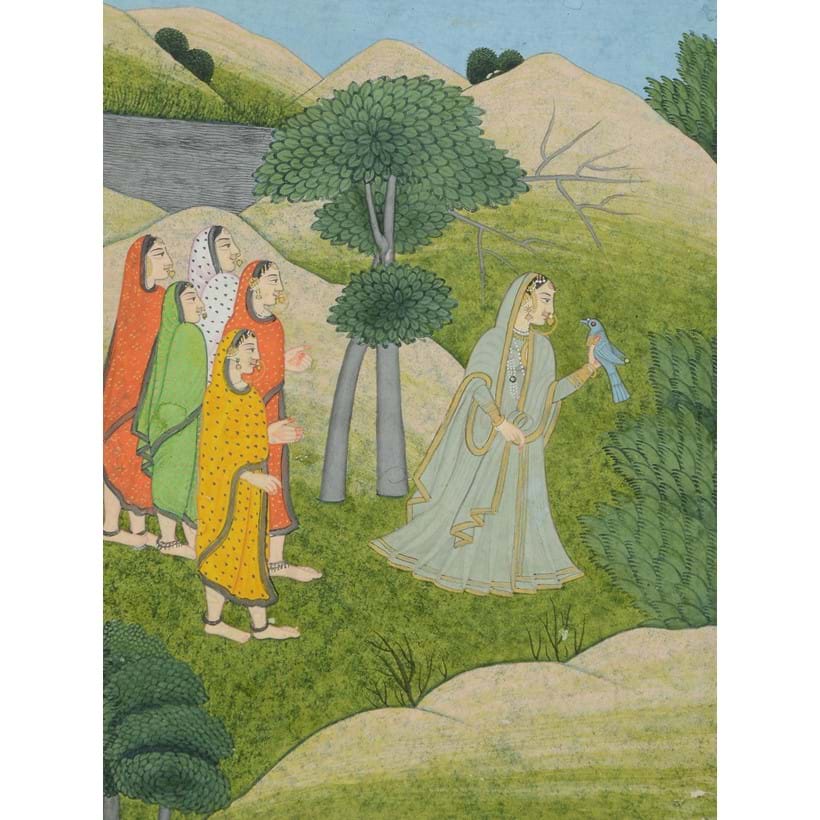 Lot 508 is a Mughal buff sandstone architectural panel dating from the late 18th or early 19th century. Originating from Northern India, this comes from a private collection having  by repute been purchased from Christies South Kensington in the 1980's or 1990's. It is intricately decorated with a flower vase, flanked by a pair of peacocks. 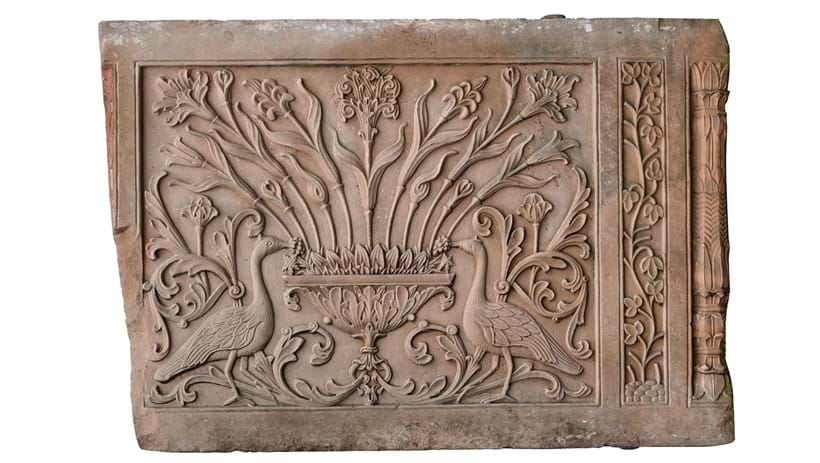 Finally, to end the sale there is a variety of Japanese ceramics and works of art. Highlighted here is Lot 535, a late 17th or early 18th century Japanese Arita porcelain dish. It is made as an eight-lobed form, with the well painted in overglaze Kakiemon enamels, gilding and a 'Batavian' brown rim. The decoration depicts two exotic birds amid branches of The Three Friends (Pine, Prunus and Bamboo). 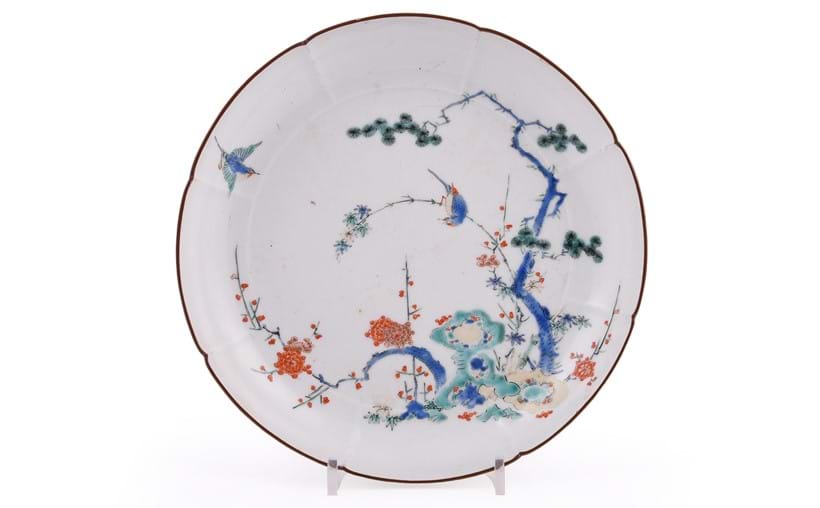