The forthcoming auction of Jewellery, Silver and Coins, on 10 October, features jewellery by a trio of makers working in the late 19th and early 20th centuries. They were heavily influenced by the motifs and materials of the Art Deco and Arts & Crafts movements and produced pieces in silver, occasionally gold, with turquoise a preferred material and enamelling a popular technique.

Murrle Bennett & Co was established in London by Ernst Mürrle and J.B Bennett, the company specialised in high quality, yet affordable, silver and gold jewellery. An advertisement in 1891 presented the business as 'manufacturers and importers of British and Foreign jewellery also at 39 Bleich-strasse, Pforzheim'.

Mürrle Bennett was responsible for the introduction of German jewels in Jugenstil taste to England. Ernst Mürrle, the German born member of the firm, placed part of the jewellery production at Pforzheim, Germany, where standards of manufacture could be guaranteed to an industrial level. 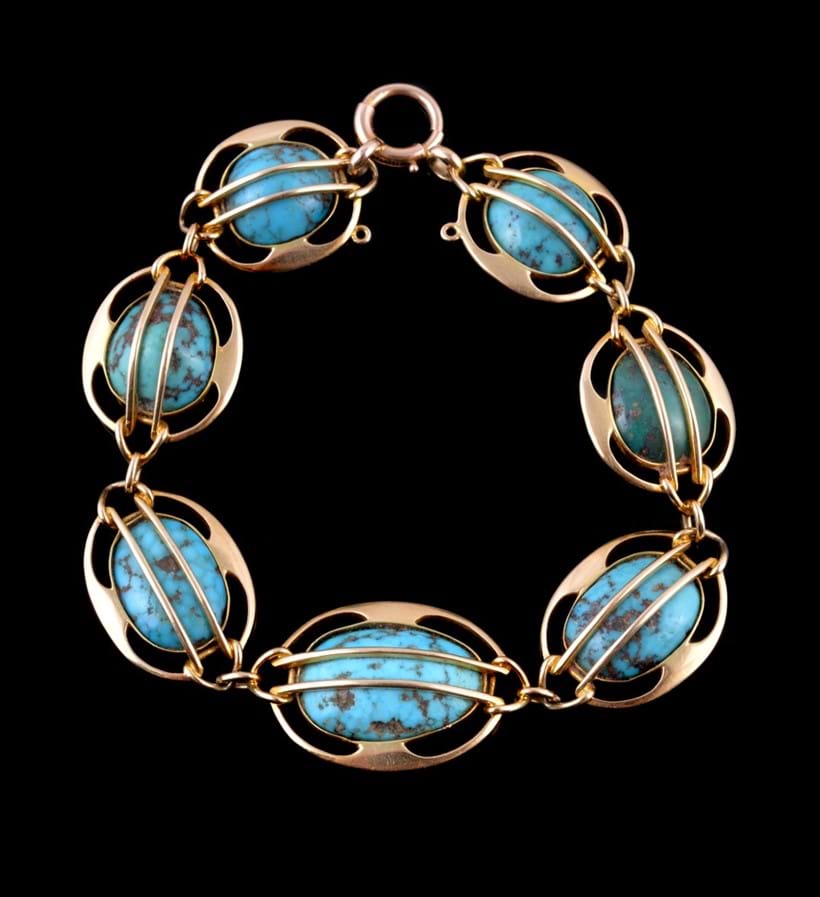 Charles Horner (1837–1896) was an English jeweller and founder of the Halifax jewellery business which was known as Charles Horner of Halifax. The business was founded in the 1860s and it produced silver jewellery and ornaments. Among its better-known jewellery lines were enamelled Art Nouveau pendants and necklaces, twisted silver wire and glass paste 'knot' brooches and silver hatpins.

Through mass production methods, innovative designs and smart marketing initiatives the Horner operated at an international level and can be credited with bringing high fashion to a large global audience.

The business continued to operate through the two World Wars, and closed in 1984. In recent years Horner’s output has come to be admired for its period style, consistent quality and relative affordability, so making pieces by Horner highly desirable when offered at auction. 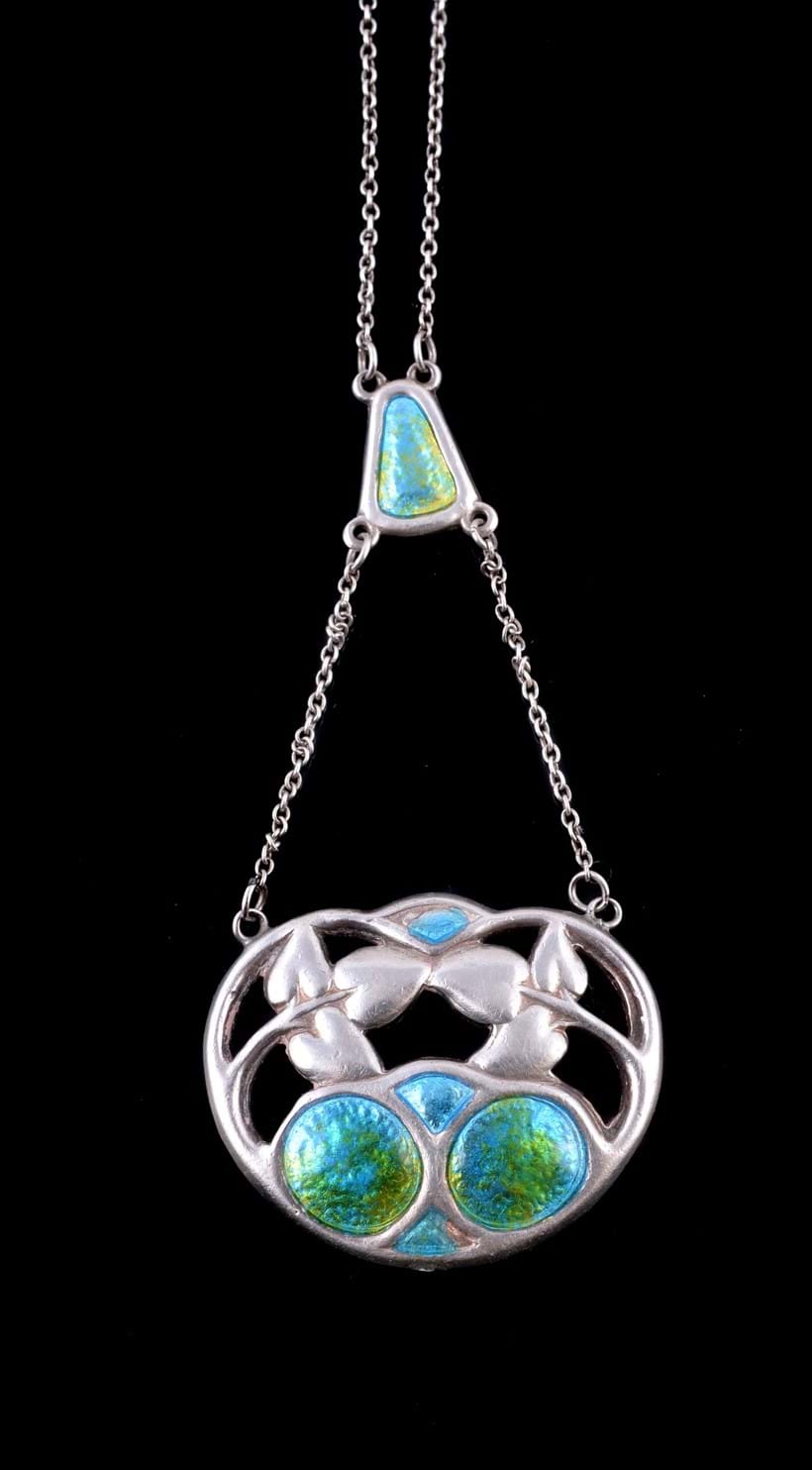 Thomas Lyster Mott was born in 1881 and he continued the legacy of his father, Thomas London Mott (1848-1917) who founded a wholesale jewellery business in Birmingham in 1875. Thomas Snr. encountered mixed fortunes, however, with his son at the helm the company was highly successful.

Thomas Lyster Mott is possibly most famous for the butterfly wing jewellery that was immensely popular throughout the Art Deco period, it having first been seen at the British Exposition of 1924. Mott subsequently acquired the firms of Henry W King & Son and Owen Brothers and became the pre-eminent producer of the butterfly jewellery in the 1920s and 30s.

The TLM Company was also prolific in its production of charms, most of which were designed as travel souvenirs to be sold at tourist destinations and on cruise ships. The majority of Mott’s charm designs incorporated beautifully vivid enamelling, for which he is best known, and the circular pendant here is a beautiful example of his work. 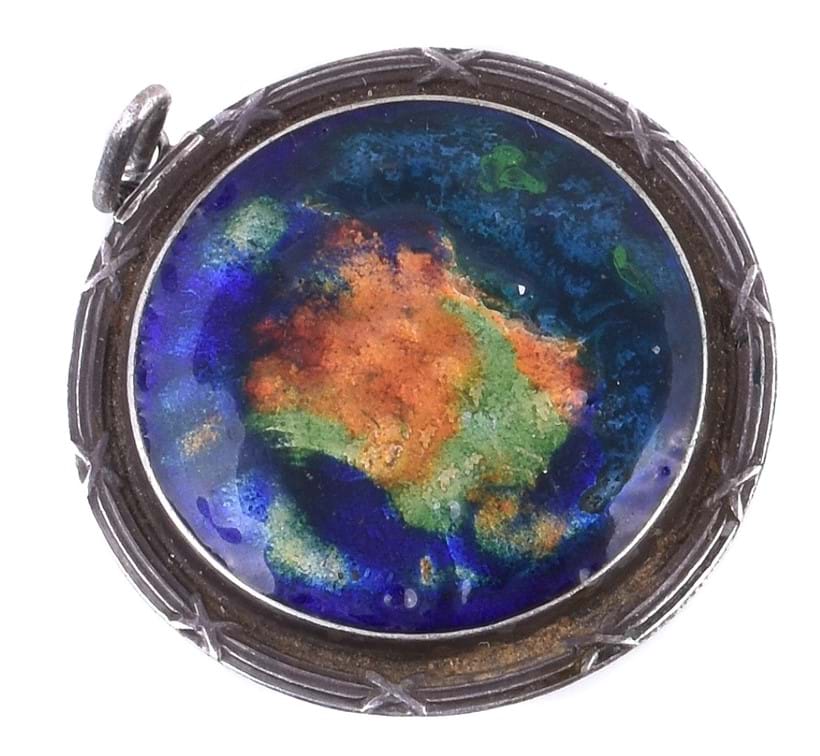 A selection of jewels 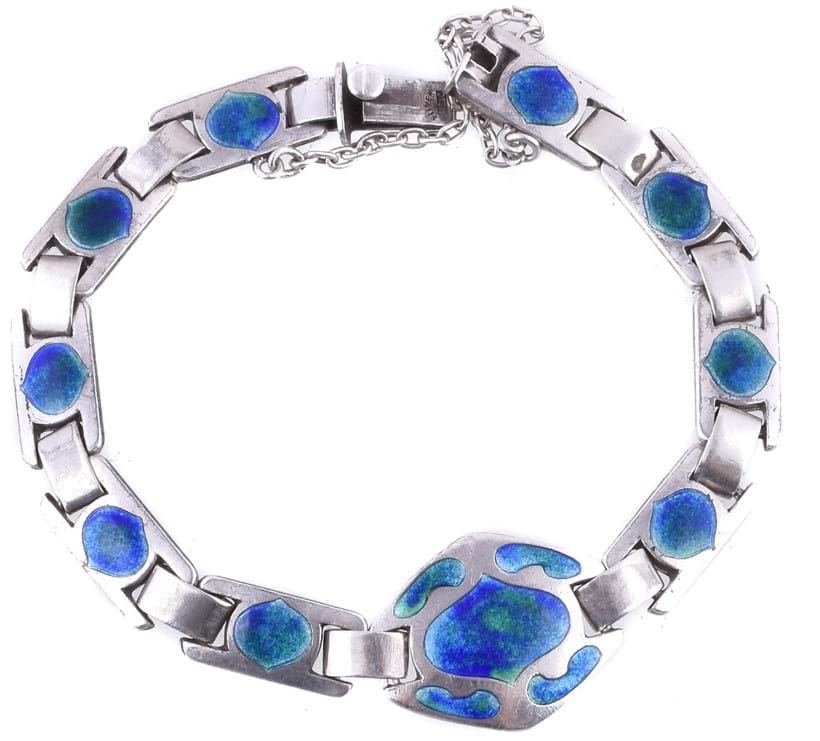