Around the World with the Daniells | Château de Lasfonds: An International Collector | 16 November 2022

Around the World with the Daniells | Château de Lasfonds: An International Collector | 16 November 2022

On Wednesday 16 November, we have our auction 'Château de Lasfonds: An International Collector'. The interiors of Château de Lasfonds has been carefully curated over the last 30 years. The collection features an important group of works in the Anglo-Indian tradition, including seminal works by Thomas and William Daniell, the uncle and nephew duo widely renowned for their orientalist scenes completed on their tour of India between 1786 and 1794. 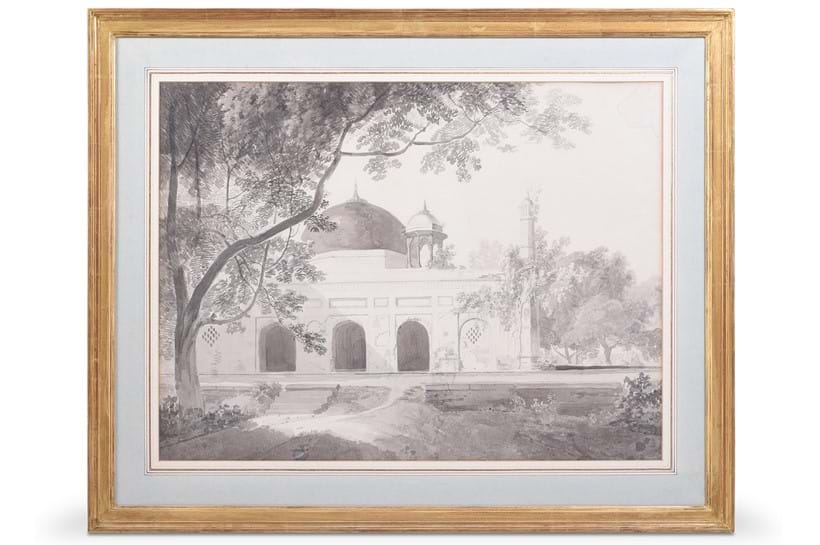 “The execution of these drawings is indeed masterly; there is every reason to confide in the fidelity of the representations; and the effect produced by this rich and splendid display of oriental scenery is truly striking. In looking at it, one may almost feel the warmth of an Indian sky, the water seems to be in actual motion and the animals, trees and plants are studies for the naturalist.” (from Calcutta Monthly magazine, as quoted in: Thomas Sutton, The Daniells: Artists and Travellers, 1954)

Of the great European artists to visit India in the 18th and 19th centuries, it was undoubtedly, the Daniells, Thomas (1749-1840) and his nephew William (1769-1837), who played a pre-eminent role in recording and documenting the country for European eyes. Their seven-year tour of India from 1786 to 1793, and the subsequent publication of their work brought to the public in Britain an unrivalled view of the scenery and architecture of this fabled and exotic land. 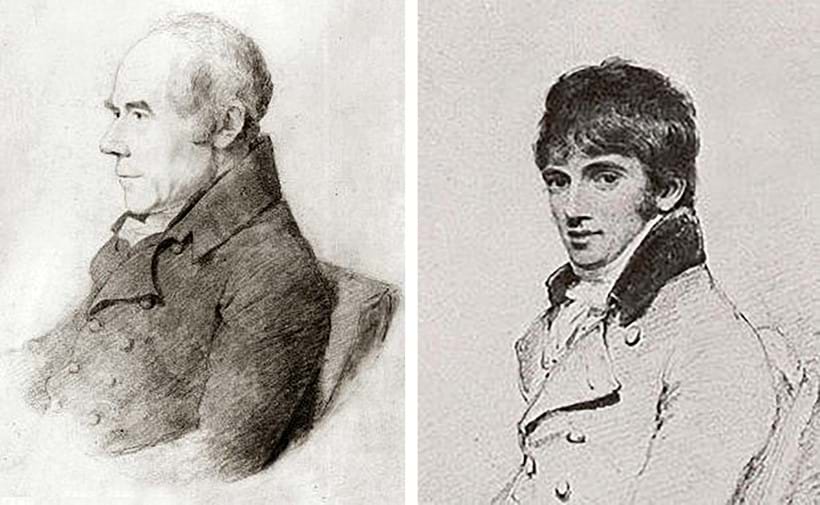 Encouraged by other artists such as William Hodges, who made a tour up the Ganges in 1780-1783, the Daniells set off from England in 1786 to make their fortune in India: up the Ganges, 1788-91, a circular tour around Mysore from Madras, 1792-9 and finally on their return journey to England in 1793 visiting Bombay and its temple sites, sketching, drawing and painting as they travelled. William, who was only sixteen when he accompanied his uncle to India, also kept a detailed diary of their travels which is now in the collection of the British Library.

Arriving back in London in 1794, the Daniells turned their substantial body of material into finished watercolours and oil paintings, which they then exhibited at the Royal Academy and British Institution in London in the early 1800’s. They also embarked on a grand and expensive project to translate their watercolours into print, their tour de force entitled Oriental Scenery. From 1795 to 1808, they produced six volumes for their views of India, including 144 aquatints all engraved by the artists themselves. The  lots in the auction illustrate this complete artistic journey, including examples of en-route draftsmanship as well as finished oils and prints, the combination of which managed to capture the attention and interest of the British public for this very distant part of the Empire. 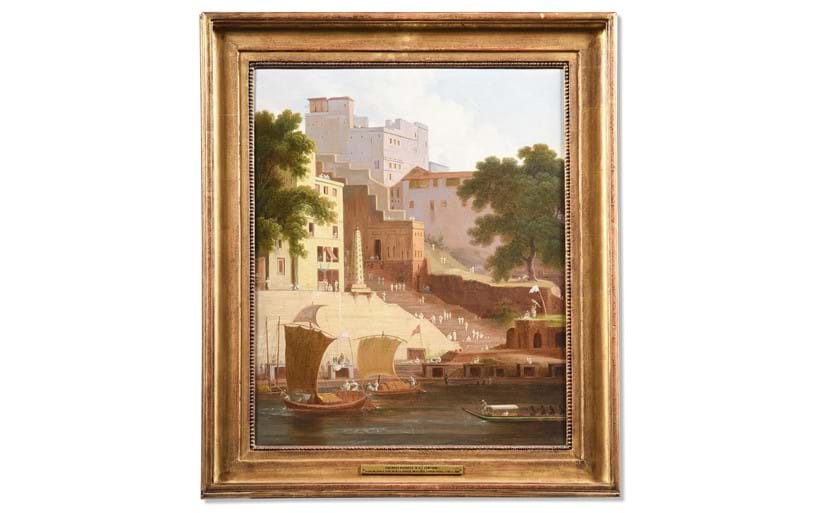 During their first tour which took them along the Ganges, the Daniells sailed past Benares and made numerous sketches and drawings from the river which were later used as the basis for fully worked up oils. On 4 December 1788, William recorded in his diary 'The general view of Benares from the Pinnacle was so very grand that I stayed on Board the whole day to draw it, fearing if we let slip the present opportunity that we might never see it in a better point of View' (M. Hardie and M. Clayton, Walker's Quarterly, 1932). The Daniells returned to Benares for a longer stay on their return voyage a year later (November-December).

Benares (now known as Varanasi) continues to be the religious capital of India and one of the most important places of pilgrimage and of ritual bathing. The Panchganga Ghat, as its name indicates, is where five rivers are supposed to meet. The Daniells depicted the Ghats in their Oriental Scenery and the accompanying text describes them as 'the most considerable of any of the Ganges.....vast multitudes of devotees..... to this city perform penance, and transact mercantile affairs. An opinion prevails amongst them that drawing the last breath at Coss (Benares) is a circumstance much in favour of their enjoyment of future happiness' (T. & W. Daniell, Oriental Scenery, 1795-1808). 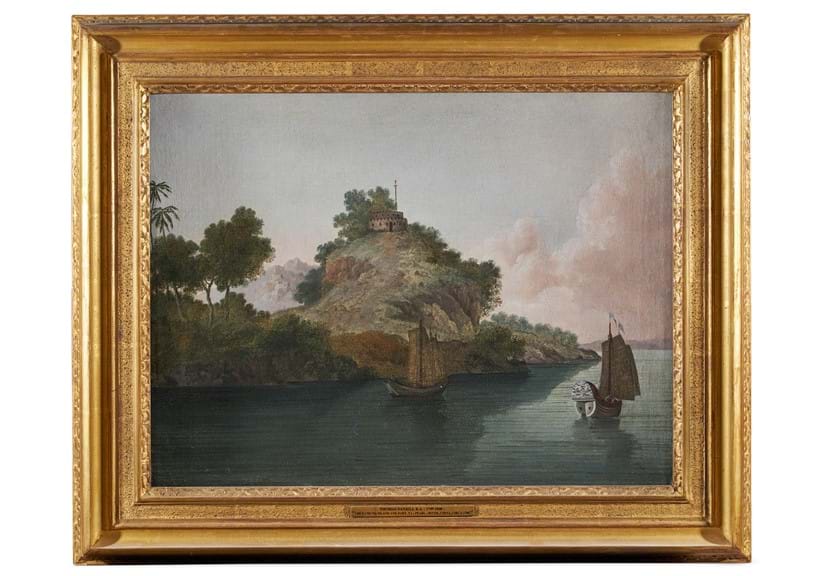 The pair visited China twice: on their way to India in 1785, and on their return to England from India in 1793. The first leg of their passage to Calcutta in 1785 was made on the Indiaman Atlas, which left them at Whampoa in August 1785. They remained in China, visiting Macao and Canton, before taking a coasting vessel to Calcutta in the spring of 1786. They returned to China after their famous tour in India, visiting Canton from September 1793 until March 1994.

From 1813 to 1823, Daniell travelled around the UK and documented some of the finest views as preparation for Richard Ayton's book, A Voyage round Great Britain, which was published in eight volumes over the period of 1814 to 1825. His plan was to journey around the whole coast and record views of places of interest, describing the scenery and the conditions of the people. The journey was completed in six separate trips, commencing from Land's End in Cornwall. On his returns to London, he would translate his elaborate sketches and notes on colour and texture into aquatints that were highly praised for their artistic quality. At the same time Daniell worked on other projects, which included a large number of Scottish paintings for the Academy Exhibitions such as, most likely, the present picture. 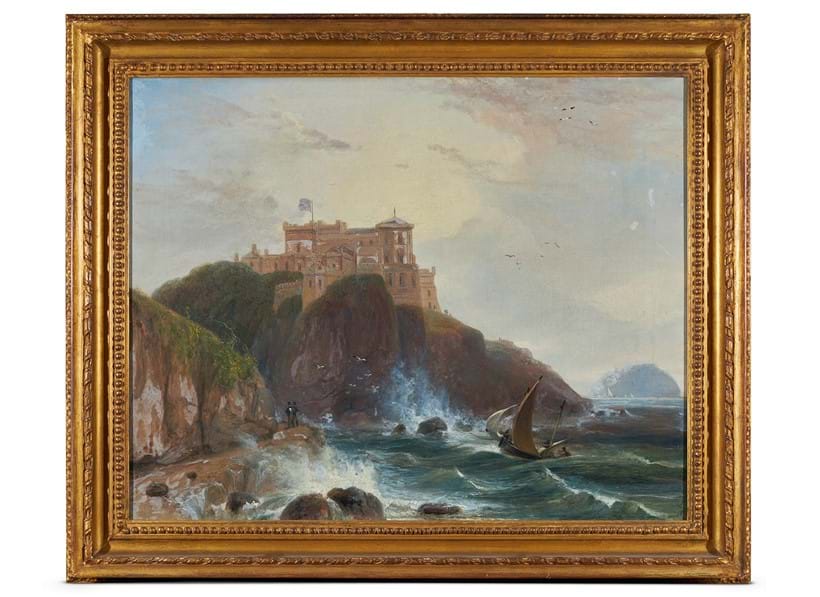