We are delighted to be offering a private collection of works by Archibald Thorburn in our auction of Old Master, British and European Art on 26 May. Thorburn is undoubtedly the most popular bird painter of his generation and is collected internationally, by buyers who appreciate his skill and draughtsmanship. The collection (Lots 212-222) offers a wide cross section of his works and shows his evolution as an artist from the 1890’s to the 1930’s. It also offers a broad cross section of works from game birds to garden birds and is the largest private collection to come to market since The Astor Collection was sold in 2017. 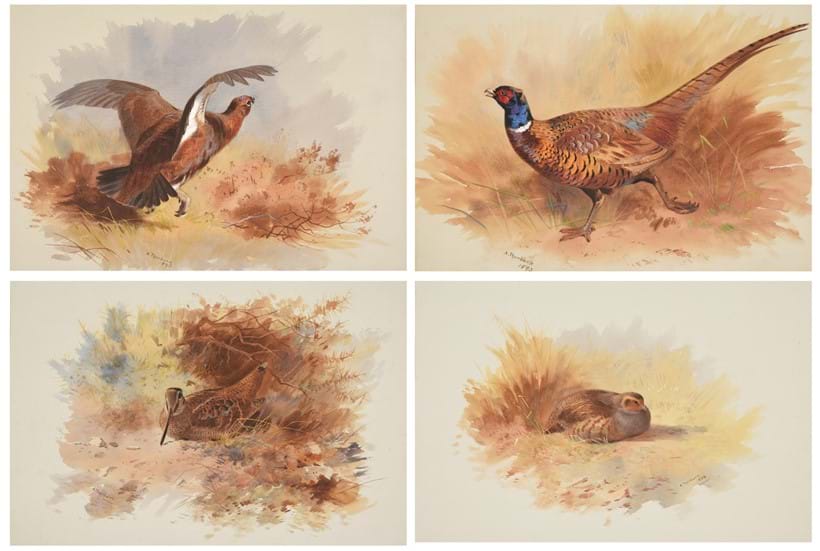 Archibald Thorburn is arguably the finest bird painter and illustrator of the late nineteenth and early twentieth century. His popularity and versatility are unrivalled and the twelve lots in our sale, eleven from one private collection, include works from many periods in his long and illustrious career.

He was born in Midlothian, Scotland, and was the fifth son of Robert Thorburn (1818–1885), portrait miniaturist to Queen Victoria. After an education in Scotland, he was sent to the newly founded St John's Wood School of Art in London. The death of his father cut short his studies, but he was brought into contact with the celebrated natural history painter Joseph Wolf who had come to England from Germany to work for the British Museum and The Zoological Society of London. 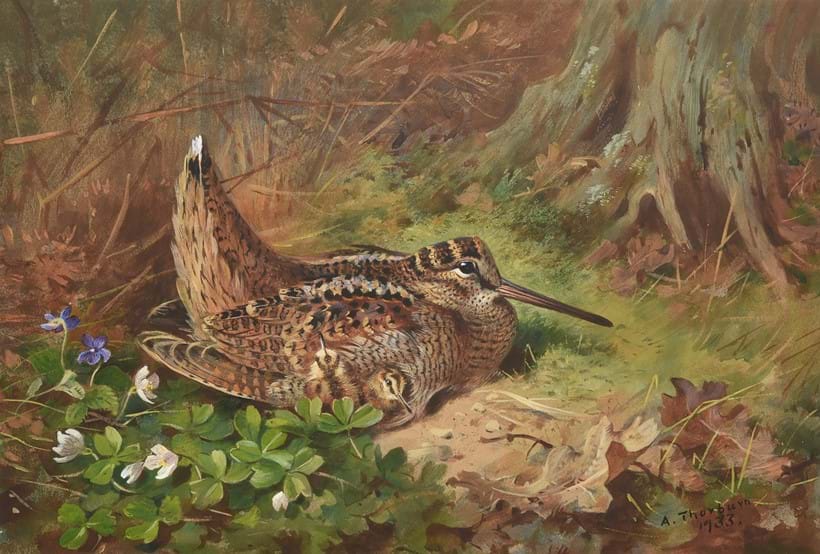 Thorburn first painted birds and mammals, but soon made the decision to focus his efforts almost exclusively on depictions of birds in their natural habitat.  His work was first published at the age of twenty two in J. E. Harting’s Sketches of Bird Life. 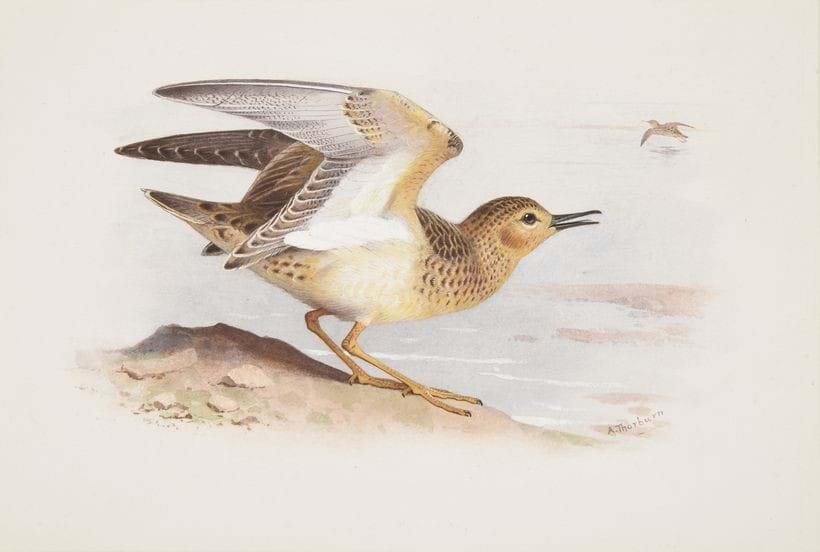 Five years later he was invited to undertake the illustrations for one of the most ambitious ornithological projects ever commissioned, the monumental work by Lord Lilford of Coloured Figures of Birds in the British Isles. He began the project alongside the celebrated bird painter Johannes Gerardus Keulemans, but ill health forced Keulemans to retire from the project and Thorburn produced 268 out of the 421 plates. Three of the original watercolours from this series are included in the sale (lots 213, 214 and 216).  Lord Lilford was a gifted and knowledgeable patron who expected nothing but perfection in every detail, which is reflected in the immaculate execution in the works produced and testifies to the artist working at the peak of his ability. 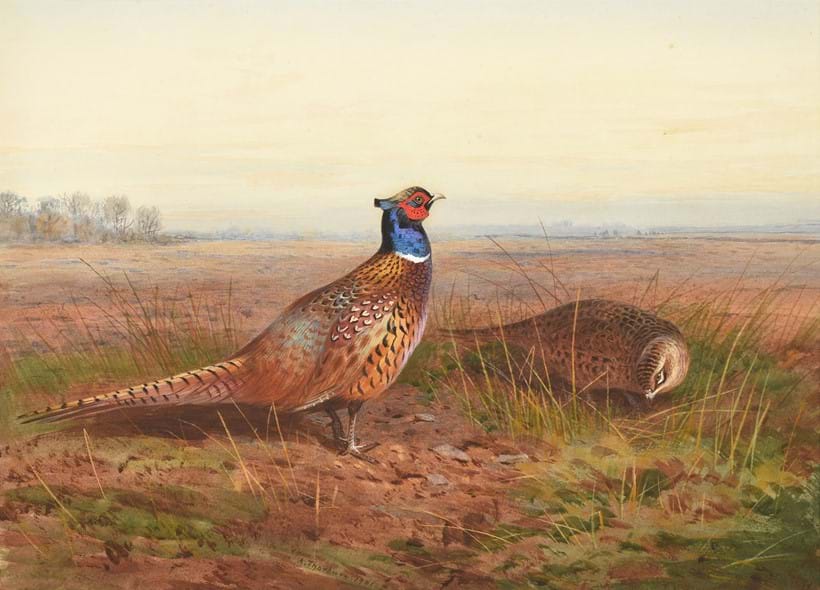 Thorburn went on to work on scores of natural history books for authors, ornithologists, and explorers, finding time to write and illustrate six of his own. In the 1930s he refused to make use of electric lighting, preferring natural light for his painting, working long hours in the summer months but much shorter ones during the brief days of winter. His paintings were regularly exhibited at the Royal Academy and, in 1899, he designed the first Christmas card for the Royal Society for the Protection of Birds, of which he was Vice-President, producing nineteen cards in all until his death in 1935. On his marriage to Constance Mudie in 1902 he moved to High Leybourne in Surrey, where he was to spend the rest of his life. 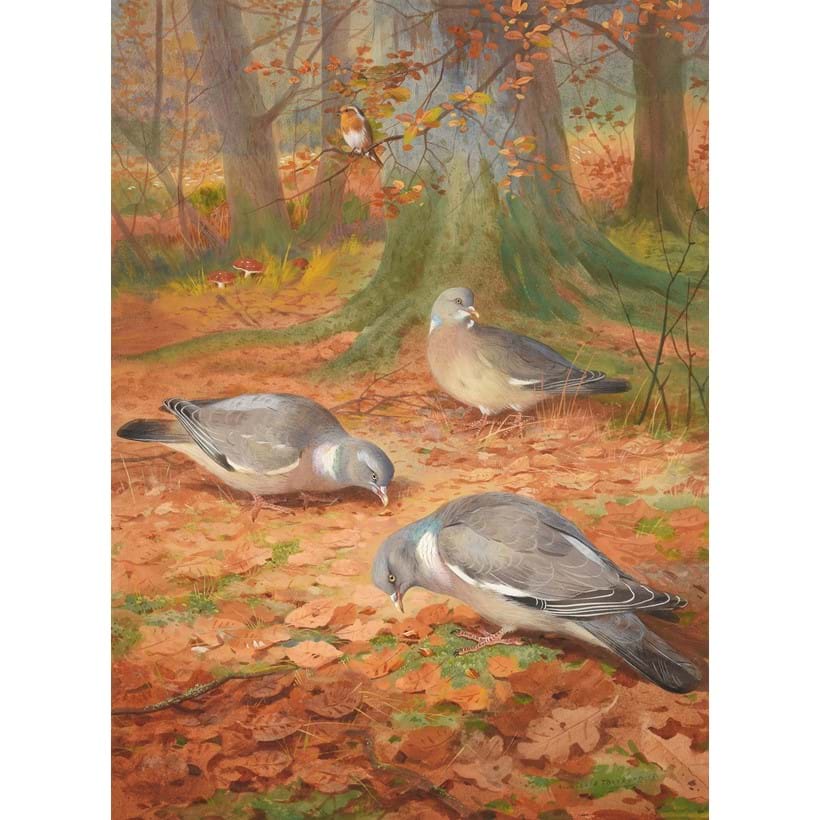