A collection of works on paper and prints by Anthony Gross will come up for sale at Dreweatts on 26 April 2018 in the auction of Fine Pictures.

The collection is to include Louisiana swamp, palmetto leaves, a tropical and expressive watercolour.

Over the past couple of years Dreweatts has achieved strong prices for works by Anthony Gross, including etchings, drawings, watercolours and oils. In our Fine Paintings sale, 28 November 2017, we achieved £5,952 for Chien Mechant, a work which had been exhibited at the Tate Gallery in 1981. 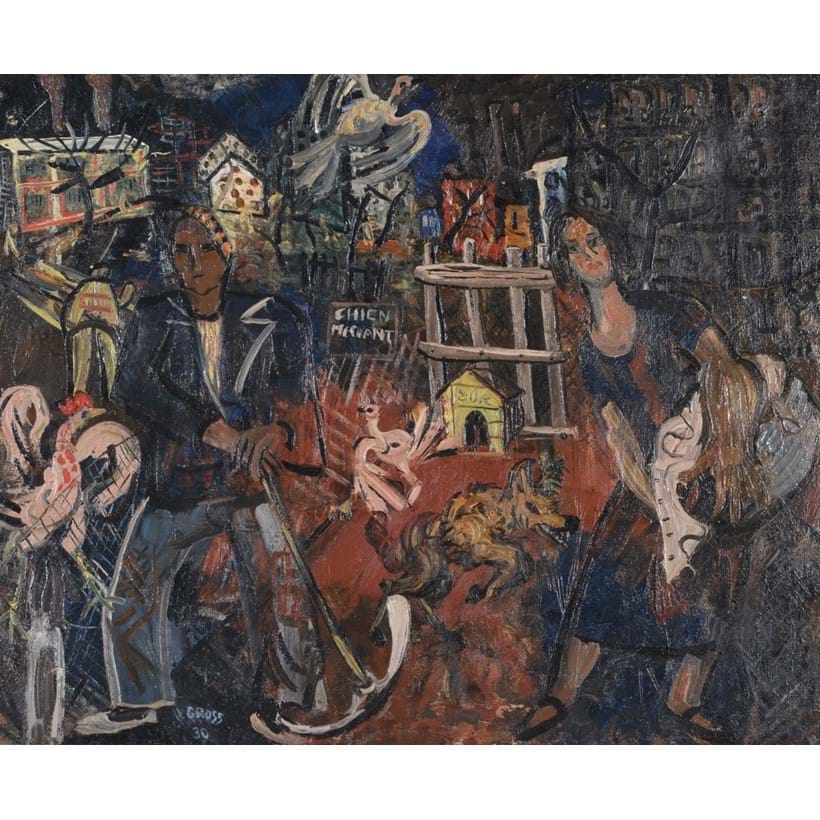 In our February 2017 auction of Interiors we offered an interesting group of works by Anthony Gross, which included The Picnic and Terry's Birthday near Flamstead, both of which generated a great deal of interest and resulted in strong prices for Gross. 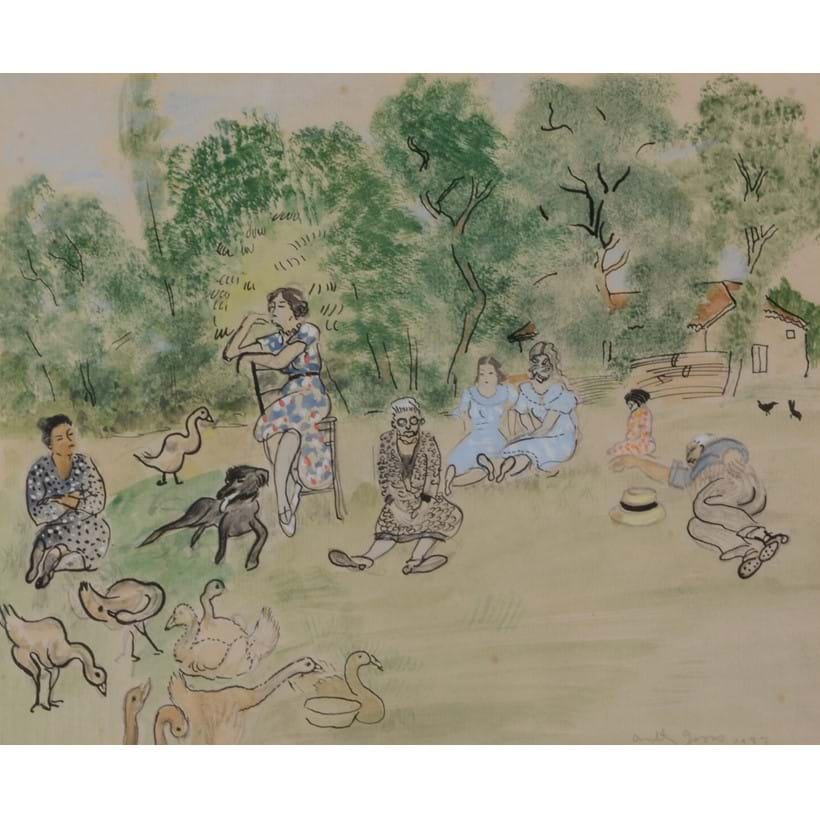 Anthony Gross (1905-1984) was a British printmaker, painter, film director and war artist. After studying at the Slade School of Fine Art in London under Henry Tonks from 1923, Gross later studied at various institutions including the Central School of Arts & Crafts, London, the Ecole des Beaux-Arts, Paris and the Academia de San Fernando, Madrid. Upon completion of his studies, Gross returned to Britain in 1934 where he worked on animated films until the outbreak of the Second World War. During the war years, Gross was appointed as official war artist and works from his service in India and Burma were the focus of a solo exhibition at the National Gallery in 1943. Gross was also present at the D Day landings.

After the war, Gross turned to producing lithographs and drawings where he captured the French and English countryside, the busy markets of rural France, the parks of London, life along the Thames and as with the examples offered here; life in the city. The three ink and wash drawings were all produced around 1947. 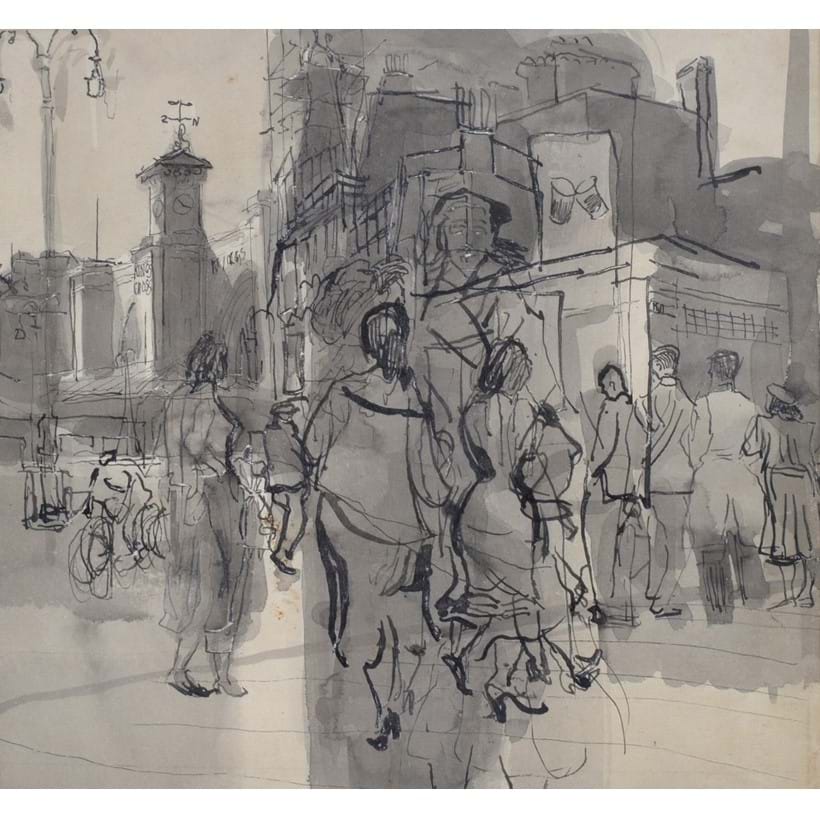 Later in his career, between 1980 and 1983, Gross engraved a series of prints with the general title of ‘Pedestrians’ or ‘City Traffic’ based on these earlier drawings. The present work is one of the drawings which Gross subsequently used for one of the prints and interestingly it bears inscriptions relating to the printing process. 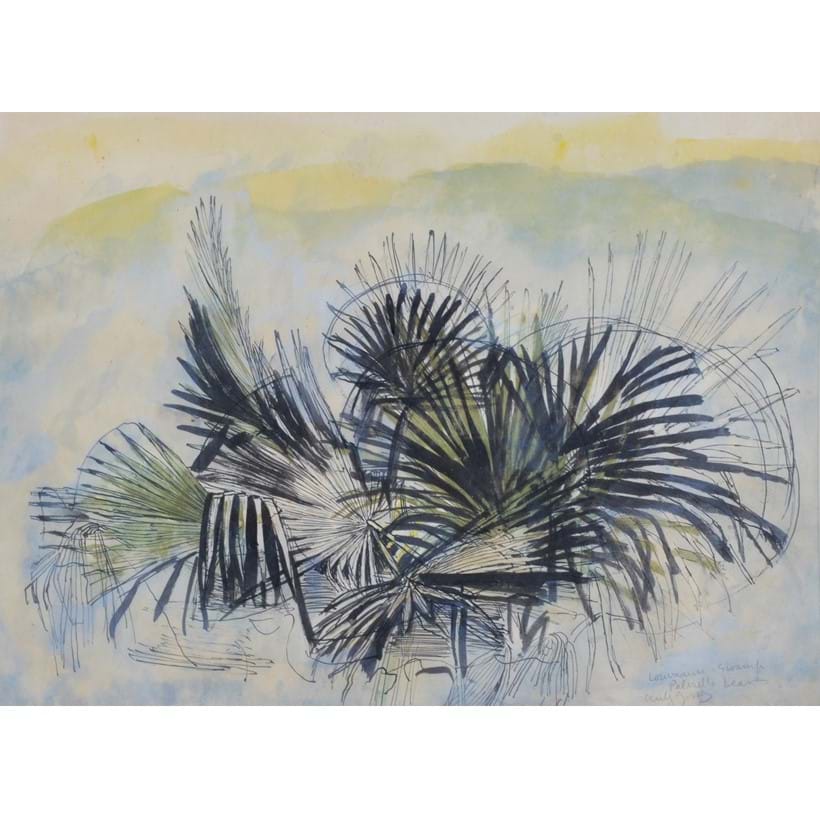