Our auction of Fine Furniture, Sculpture, Carpets, Ceramics and Works of Art on 20 November features an exquisite range of British and European ceramics. Here our specialist Geoffrey Stafford Charles picks out a few highlights.

A Sevres Teapot - a Christening Gift from Lady Charlotte Bonham-Carter

Consigned to auction from a Private Collection is lot 70, this beautiful Sevres teapot and cover, date code for 1761, painted en camaïeu rose with exotic birds. It was given to its current owner as a christening gift from Lady Charlotte Bonham-Carter née Ogilvy. The provenance would indicate that it had passed down the Ogilvy side of the family from at least the middle of the 19th century. 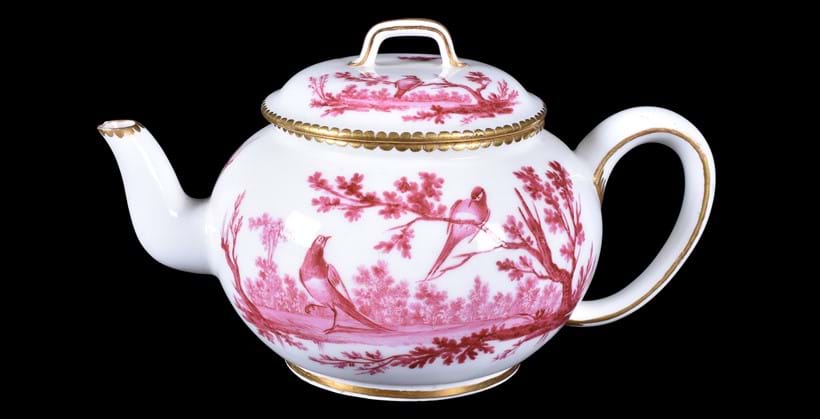 Lady Charlotte was a remarkable woman. In the Great War she worked in the Foreign Office as a typist before moving to Intelligence to work for Major Pepler of MI5. It was with him that she accompanied the British delegation to the Versailles peace conference of 1919. In the WWII she worked for RAF intelligence before moving to 'Special Duties', working in the German and Austrian Section from 1944-1949. On top of all this she seems to have also found time to gain her Pilot's licence.

Following on we have lot 71, an interesting consignment with an intriguing history. The lot features a Sevres porcelain ice cup (tasse a glace), circa 1770-75, and painted with a band of roses beneath a blue and gilt swag band. David Peters, author of Sevres plates and Services of the 18th Century (vol. 2), speculates that the ice service was sold by the marchand-mercier Simon-Philippe Poirier possibly to Frederick North 2nd Earl of Guildford (George III's Prime Minister during the American War of Independence) and subsequently copied at the Derby Factory circa 1787. This then leads to the second item in the lot.

The second item in the lot is a Derby ice cup in the Sevres-style, circa 1790, painted in the same style with a band of roses beneath a blue and gilt swag band, and so probably ordered as a replacement for the Sevres service. From the markings underneath, we know that William Billingsley was the painter as he left his mark in the form of a long tailed iron-red 7, alongside a 1 which indicates that the gilder was Thomas Soar. 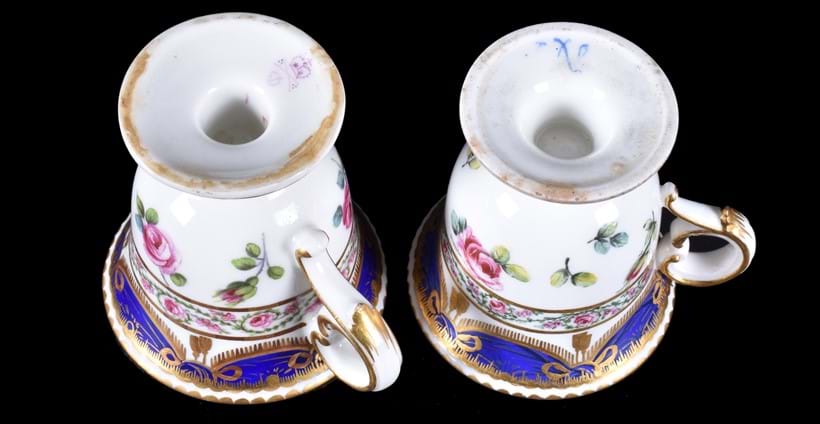 Finally, for those with more modern tastes, we have lot 251. Designed by Pablo Picasso for Madoura, an earthenware jug with stylised head, titled Pichet Tetes. It has a pre-sale estimate of £1,500-2,000. This is the second one we have sold at Dreweatts. The first was sold on 17 April 2018 in The Spring Sale, for a hammer price of £2,400.