An English Tour | Interiors: to include the selected contents of Plas Llangatock, Crickhowell, Wales | 13 September 2022

An English Tour | Interiors: to include the selected contents of Plas Llangatock, Crickhowell, Wales | 13 September 2022

On Tuesday 13 September, we have our Interiors sale, which includes the selected contents of Plas Llangatock in Crickhowell, Wales. The collection comprises 34 lots, which having been amassed in Wales, forms an interesting tour of the English regions with items linked to London, Torquay, Leeds, Wrexham, and Worcester. Here Ashley Matthews, Head of Sale, takes a look at some of the highlights. 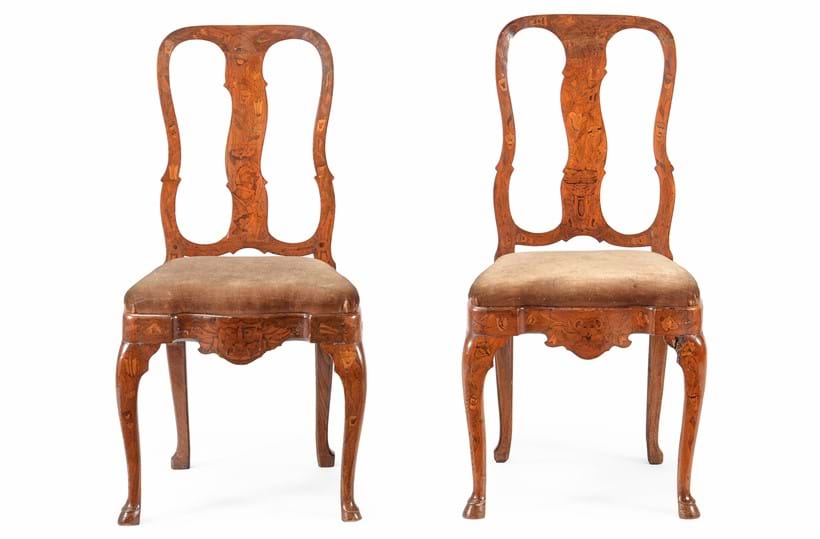 From the selection of furniture, we have Lot 204, two similar chairs. These probably date from the early 19th century, but are made in the 18th century Dutch style. They bear labels for Edwards & Roberts of London and it is assumed they retailed these at the latter end of the 19th century. The chairs feature the typical floral motifs so associated with Dutch marquetry as well as a stylised mask to the aprons. 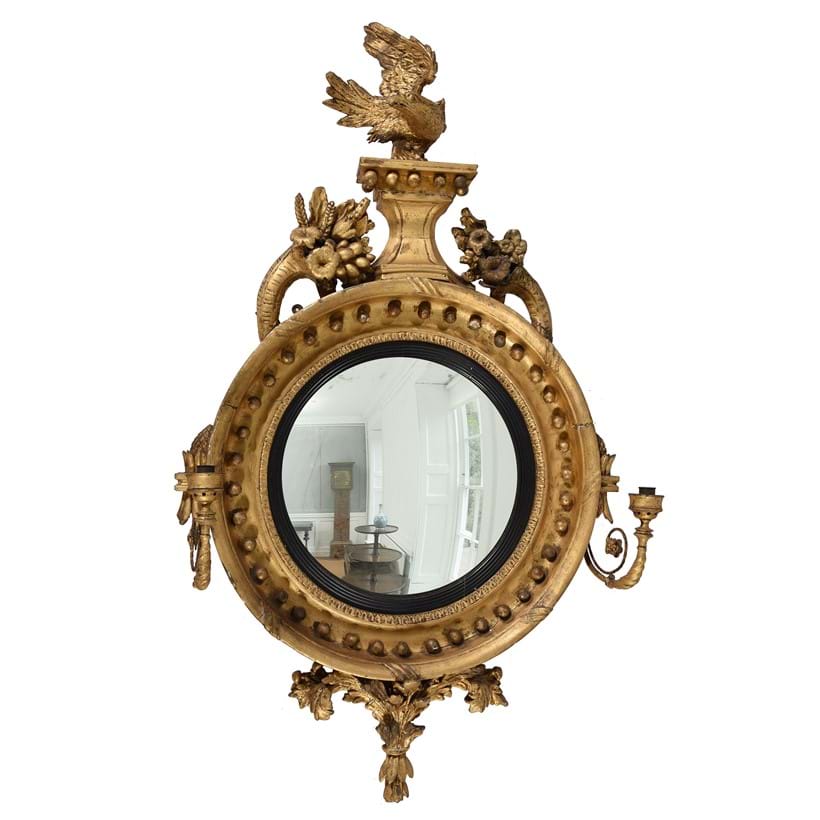 Adorning the cover of the catalogue, we have Lot 288, this stylish Regency convex mirror. It is designed with an eagle surmount and cornucopia above the typical cavetto frame and protruding candle arms. The convex mirror plates are popular as they reflect light into a room as well as making rooms look bigger due to the false perspective given in the reflection.

On the back is an old paper label for J. D BEER / FRAME MAKER AND PICTURE SELLER / STRAND / TORQUAY. 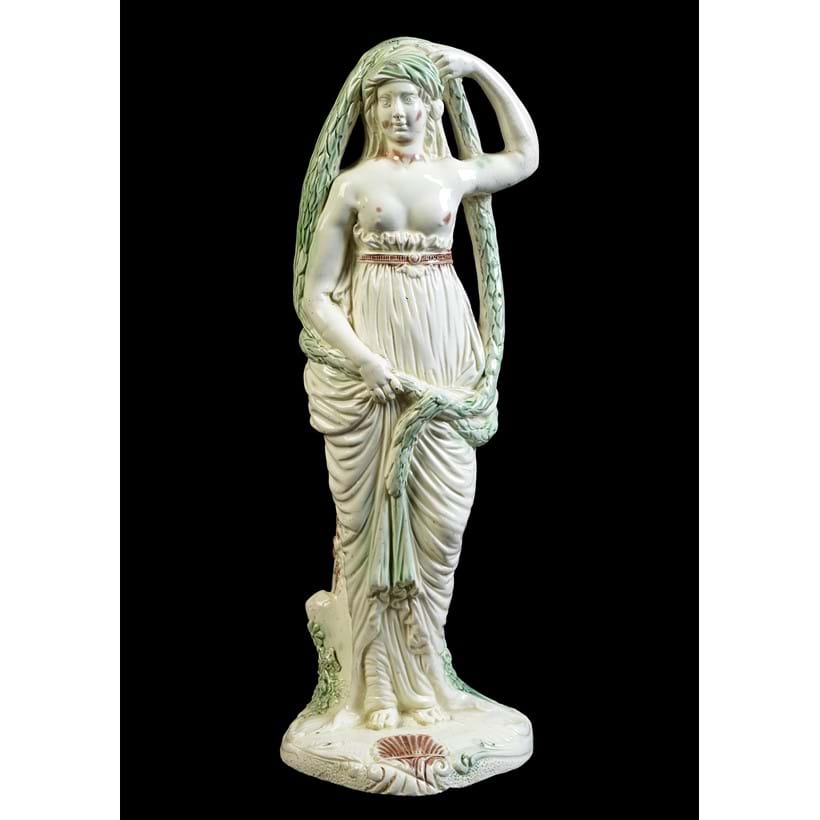 Lot 107 is an English creamware figure of Ophelia, probably made in Leeds in the last quarter of the 18th century. It was likely conceived as the pair to a model of Hamlet. Here the tragic heroine is portrayed with a willow branch above her head and around her waste making to reference to the scene where she climbed into a willow tree only for the branch to tragically break plunging her into the brook beneath where she drowned. 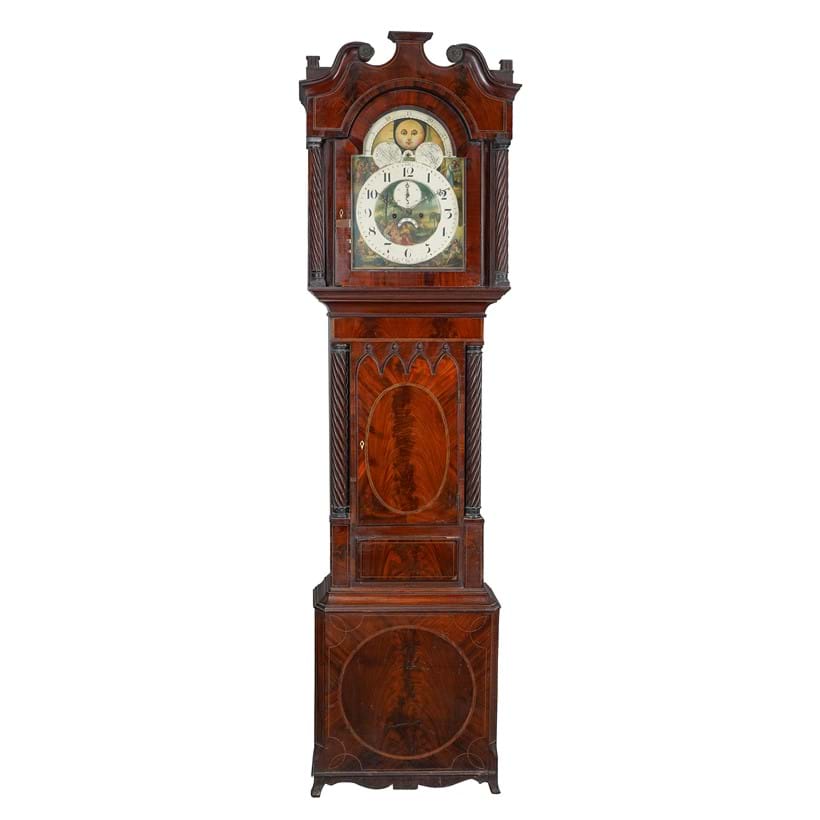 A lovely item is Lot 58, a Regency mahogany longcase clock. Signed for Jno Smith of Wrexham, it is constructed with a large 14 inch dial, surmounted by a moon phase automaton. The mahogany and inlaid case with wrythen columns to the angles, the case door is further decorated with Gothic arches. The falseplate allowed the clockmaker to easily attach the externally manufactured dial to their movement at assembly stage. In this instance the falseplate is stamped for FINNEMORE, this is assumed to be William Finnemore previously of the partnership Walker & Finnermore which dissolved circa 1812 and William continued making dials until 1840.

Worcester has long been at the centre of English porcelain making, and this area too is represented in the collection by Lot 345 and Lot 346, which both came from Worcester's Chamberlain Factory. Lot 346 features the 'Stag Hunt' pattern. This pattern is highlight collectable and has clear Chinese inspirations with small figures in pursuit of various stags. 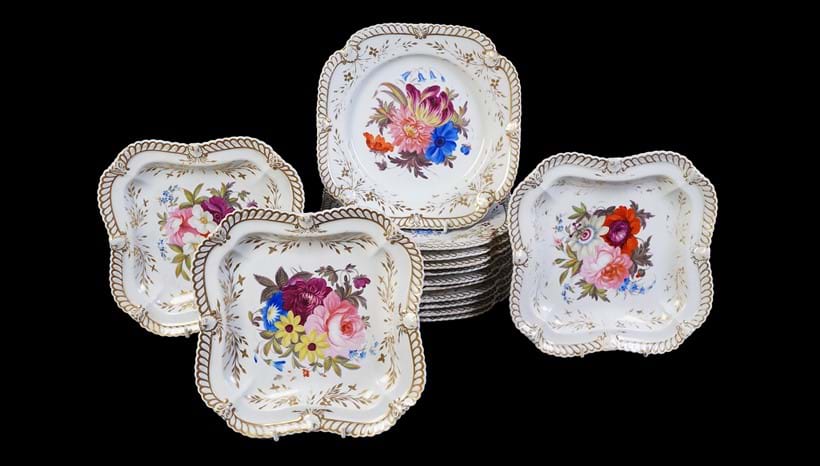