Mark brings his discerning eye and sensational flair to Donnington Priory in his selection of highlights from two private collections which will dress and decorate several specially created rooms. The curated spaces will provide many inspirational ideas for combining and displaying pieces in a unique way on a domestic scale.

The rooms at Donnington Priory will be on view for Dreweatts’ clients in the lead up to the Interiors auction which takes place on 31 October.

Throughout the year Dreweatts holds regular auctions of Interiors, featuring a wide variety of furniture, objects, paintings and carpets, with many of these sales including designated groups of property from English country houses and high profile collectors. Such collections are invariably characterised by the design aesthetic of the collector and also bring insights into the world of their previous home. Dreweatts has built a strong reputation for offering highly successful single owner collections across the auction calendar, as stand alone sales or offered alongside other consignments. The thoughtfully put together and comfortable country house look continues to be a favourite interior design theme and Donnington Priory provides the perfect backdrop. 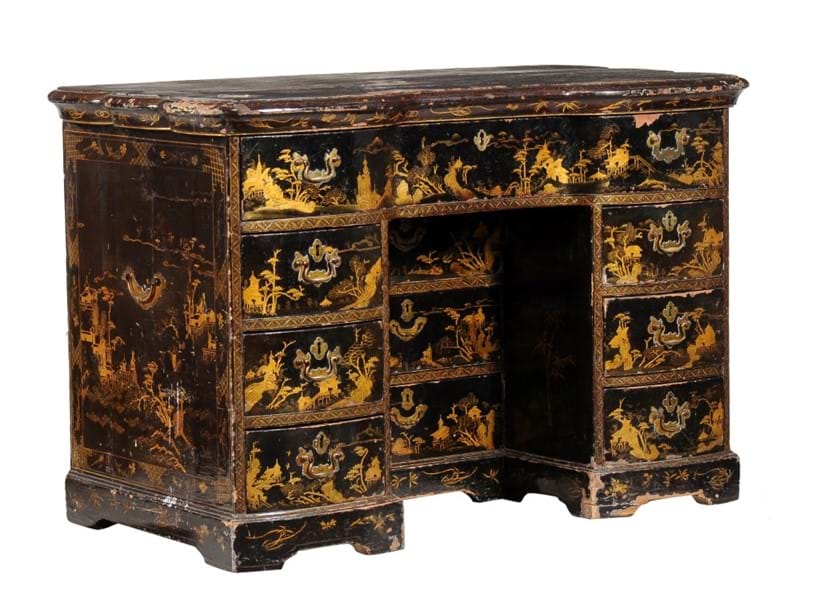 Commenting on the collaboration, George Bailey, Chairman, Dreweatts, said: 'We are thrilled and excited to be embarking on this unique collaboration with Mark Gillette this Autumn, the first of its kind at Dreweatts. The Interiors auction features fine and decorative pieces from Kingstone Lisle Park, the Grade II listed Georgian country house, as well as selected contents from an esteemed Cheyne Walk property. We look forward to seeing the results of Mark’s design magic at Donnington Priory and to sharing these inspirational rooms with our clients’.

Mark Gillette Interior Design was established in 1994 and is regarded as one of the UK’s leading interior designer firms. With projects in locations ranging from St. Moritz to Scotland and London to Luxembourg, the practice features in House & Gardens’ Top 100 Interior Designers and is an active member of the British Institute of Interior Design. In anticipation of the project at Donnington Priory, Mark said: ‘We are excited to be collaborating with Dreweatts designing room settings at Donnington Priory for their upcoming sale. Antiques have always been a great passion of mine, and this is a fantastic opportunity to work with pieces from such an important property’. 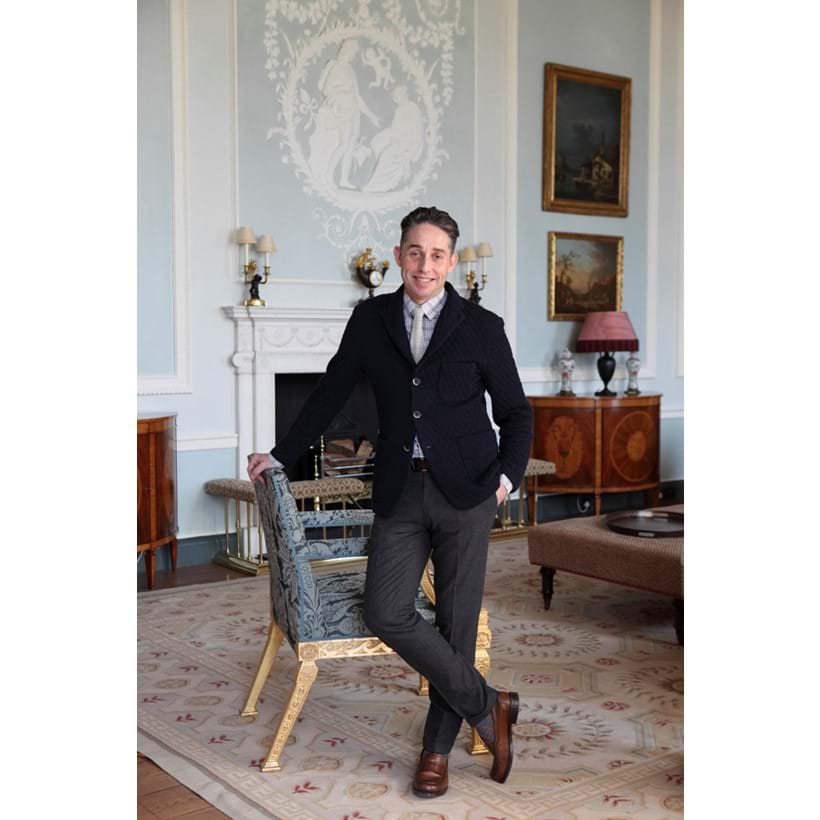 Kingstone Lisle Park is a spectacular estate with one of the most beautiful houses at its core. An amalgamation of styles and owner’s vision, its contents offer something of a treasure trove for followers of the English Country House look. The house we see today sits within its own bucolic parkland setting and houses an interior to match its understated yet quintessentially English setting.

There has been a house on this site for many centuries. In the Middle Ages the estate originally belonged to the de Lisle’s, the name from which the parish derives its name. In 1336 Alice de Lisle was granted a licence to impark Kingstone Lisle, thus creating Kingston Lisle Park. 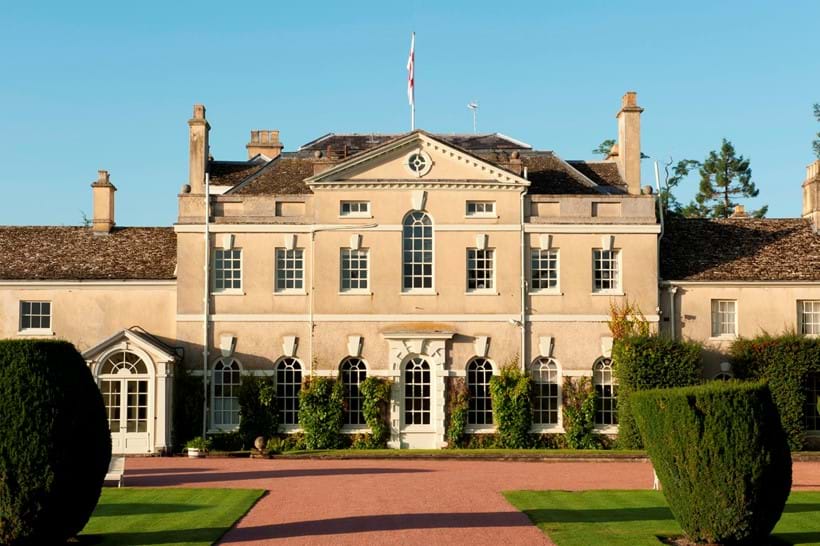 In 1538, the Manor and wider estate were sold to William Hyde of South Denchworth. George Hyde, a future custodian, had the central block built in 1677 in typical Restoration style.

In 1749, the house was once again sold, this time to Abraham Atkins. His grandson, Edwin Martin-Atkins (1778-1825), would eventually commission the builder Richard Pace & Sons to add the final flourishes to the house including the two flanking wings, the garden front and staircase hall. His motive was to provide a series of well-lit modern rooms facing south and dramatic enough to impress and entertain. 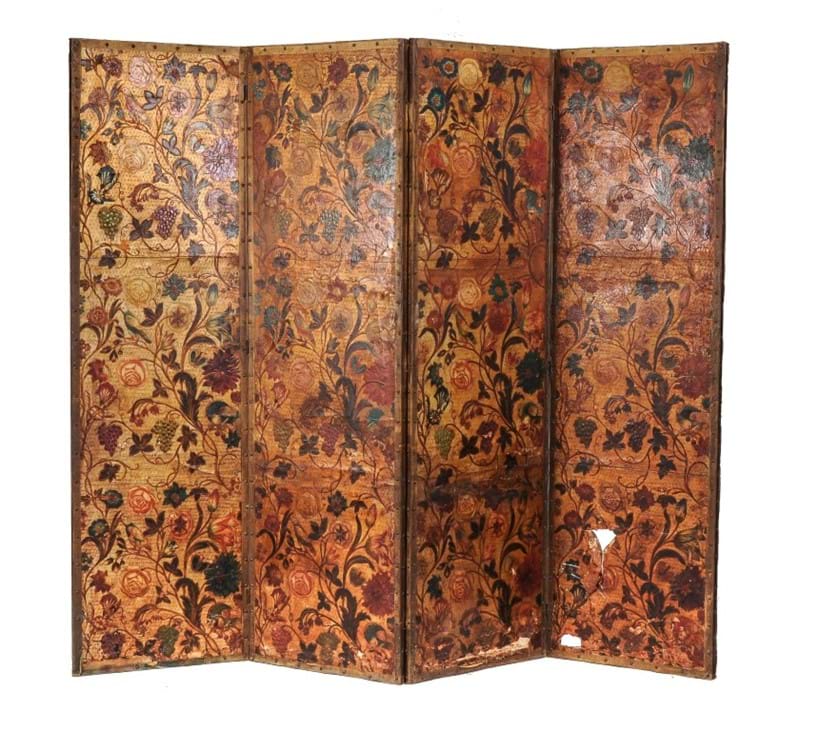 However, the identities of the architects of both additions remain a mystery. Country Life photographed the house at the end of World War I, but, had to abandon the idea of an article as there was very little information on the house. Even Arthur Bolton, the then curator of the Soane Museum and the primate of English architectural studies, had to admit to the Editor that he had not "succeeded in tracing any reference to the house". To this day there is not much to be added to the architectural history of the house. 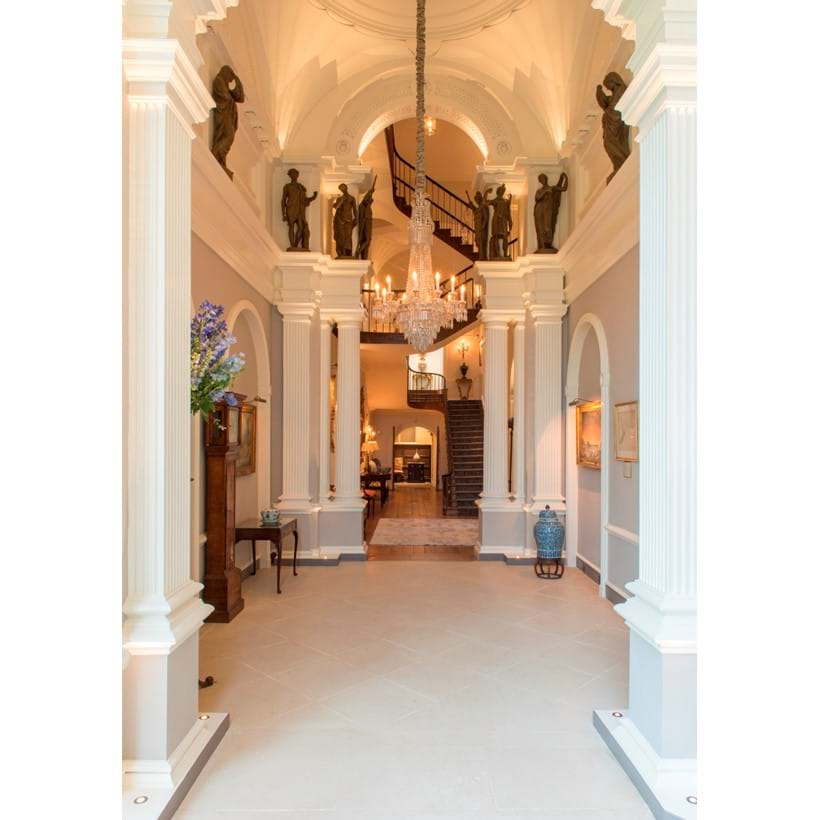 It has been suggested that the person responsible for the 19th century additions, particularly the staircase hall, could well be a pupil of Sir John Soane. There is also evidence of the work of Charles Cockerell or George Basevi. However, it was more probably a talented amateur and perhaps even the owner, Edwin Martin-Atkins, himself. It was described in a 1971 Country Life article as an ‘extraordinarily spectacular hall and staircase… surely one of the most breath-taking surprises to be found in an English country house’. Whoever was responsible, they were clearly not concerned about being at the forefront of stylistic developments, nor worried lest certain features might look old-fashioned. He simply singled out the elements he liked and welded them together with great ingenuity. The Grecian detailing of doors and arches for example belongs to the period 1800-20, while the deeply coffered tunnel vault, and the richness and splendour of the hall would suggest a date after 1825. 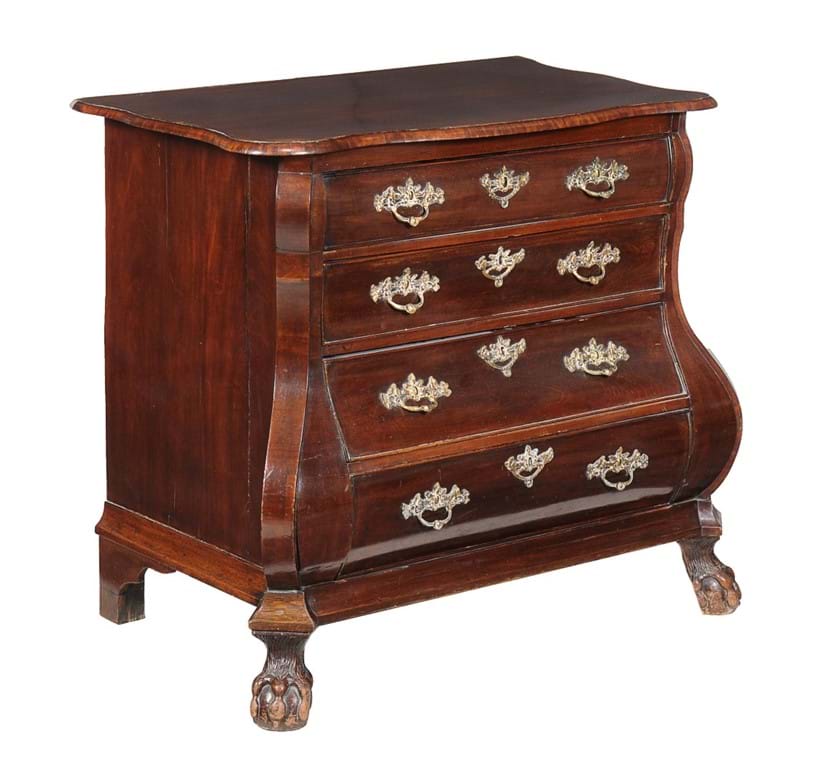 The selection of contents offered in this auction certainly compliments the interiors of the house, reflecting different styles and dates and brought together to create spaces of great warmth and character.

In more recent years the Lonsdale family has been the custodian of Kingstone Lisle, Leopold and Victoria Mary Blanche Lonsdale (neé Somerset) having bought the estate in 1943.

The majority of the items offered in the auction were the personal belongings of Victoria, ‘Blanchie’, as she was known, was the great-granddaughter of Lord FitzRoy Somerset, himself a son of the 5th Duke of Beaufort. Lord FitzRoy, later Field Marshall The Lord Raglan, saw action at both Waterloo and later in the Crimea where he was commander of the British troops.

As a beloved family home, it has enjoyed the visits of many notable guests, from the world of opera and music to the frequent visits of Diana, Princess of Wales in the 1980s and other members of the Royal family. 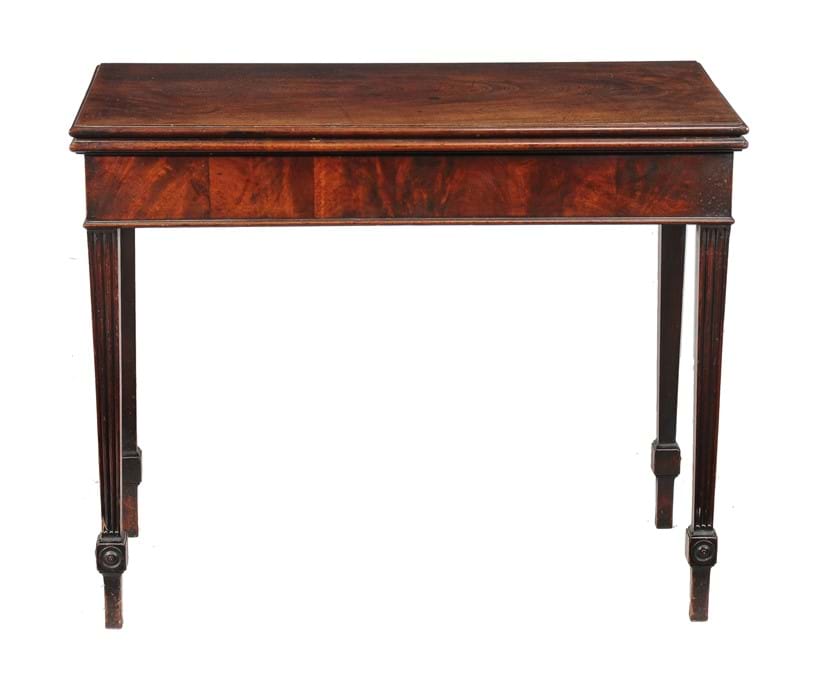