From the group of locomotives, lot 28, is a fine exhibition quality 7 ¼ inch gauge model of a 2-6-0 (Mogul) British Railways Standard Class 2 tender locomotive No. 78005. The model was built to an extremely high standard over nine years by Mr J Middleton, a respected member of the Oxford Model Engineers Club, to the design of and drawings by Dick Stockings. 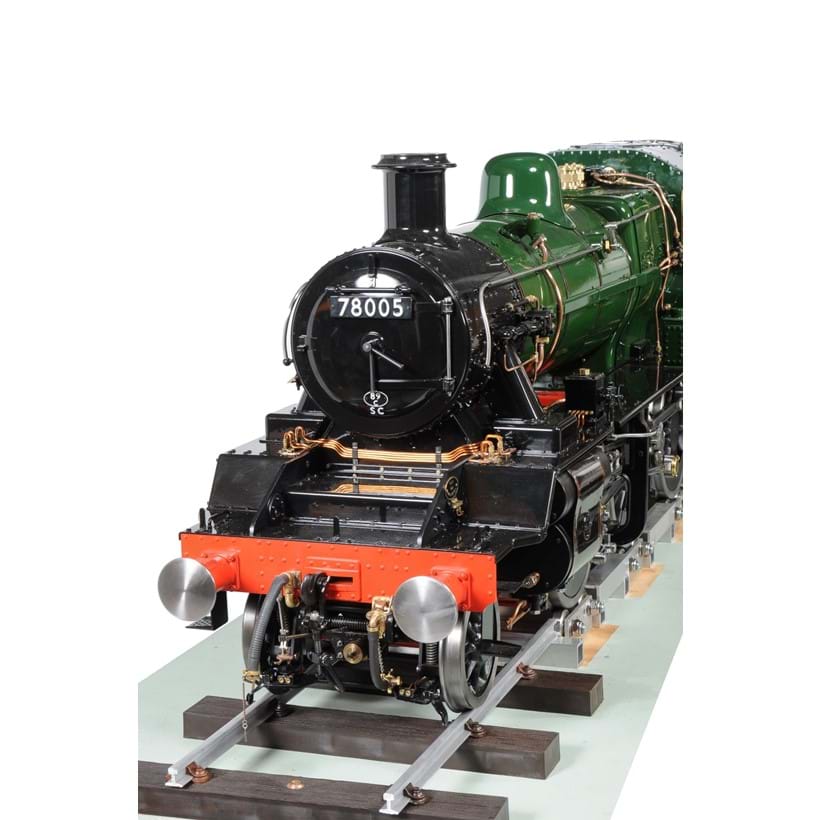 The locomotive has been re-painted in BR standard dark green livery and further work on the model has been carried out by the present owner. It was displayed at the East Midland show, 2016, and Spalding, 2017, on the Melton Mowbray Model Engineers stand. The model measures 207cm in length. 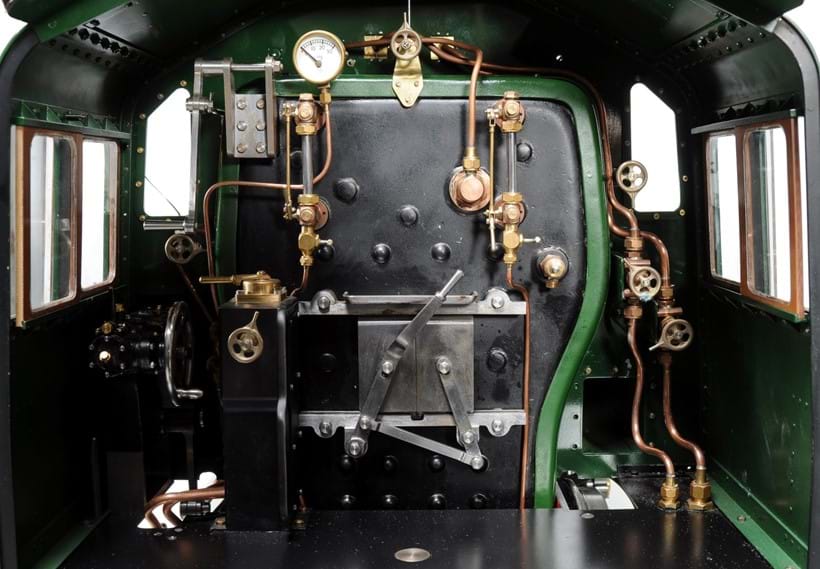 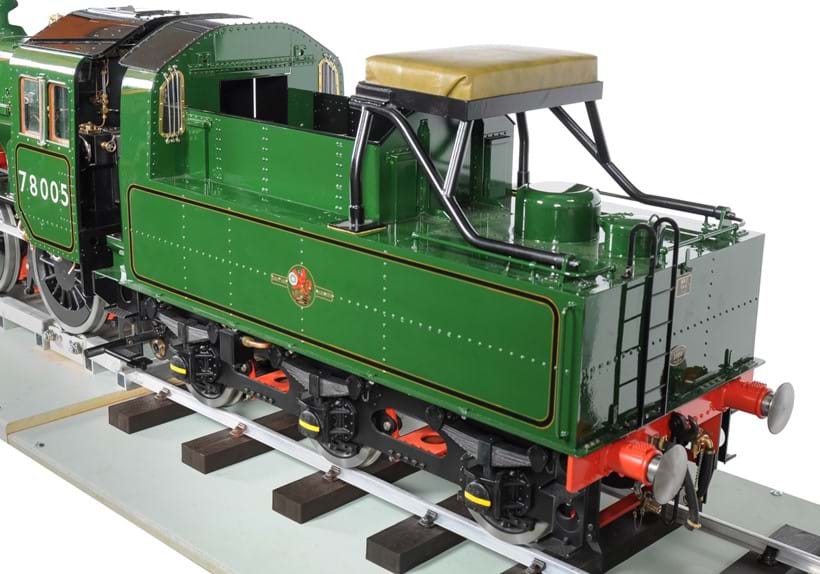 Fifty six of the full size locomotives were built in Darlington between 1952 and 1956, to the design by R A Riddles. No. 78005 was withdrawn from service in 1965. This model locomotive has been meticulously researched, planned and built and would surely rate as one of the finest examples of a Class 2 in any gauge. 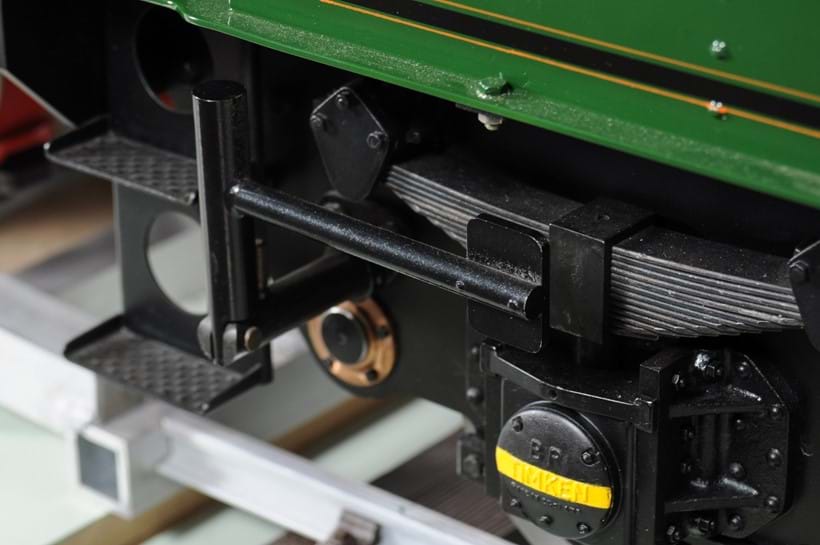 Lot 31, a well-engineered 10 ¼ inch gauge model of an American 2-6-4 side tank locomotive ‘Moutaineer’, built in the UK from Roll Models Inc. American castings. The model is based on the ‘Roll/Stuart’ design and has a driver’s position in the attached tender. The locomotive has a Bells of Gloucestershire boiler with fittings, including twin water sight-glass with drains, pressure gauge, regulator, vacuum brake control, fire box door and direction control.

The chassis having twin outside cylinders being of a 3 inch bore x 4 inch stroke having Waleschaert’s valve gear, two injectors fitted, one donkey pump and one hand feed pump. Axles with sealed ball bearings and smoke box constructed from 3/16th thick copper. 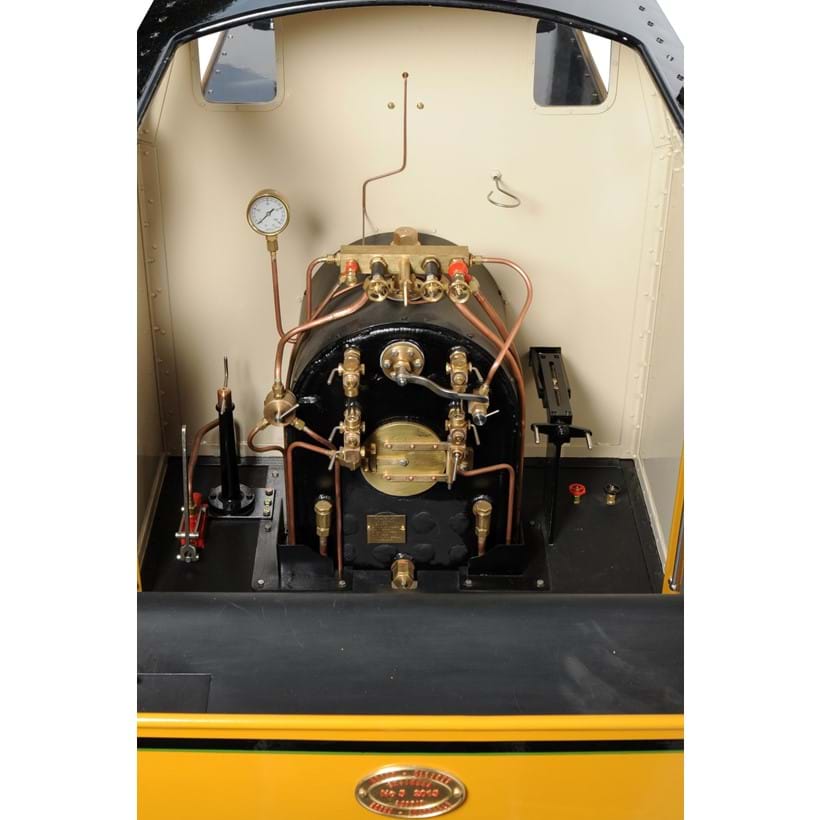 The model is finished in tan and black lined livery with red cow catcher and large head lamp to front. It measures 280cm in length and would suit commercial use as well as use on a private garden railway. 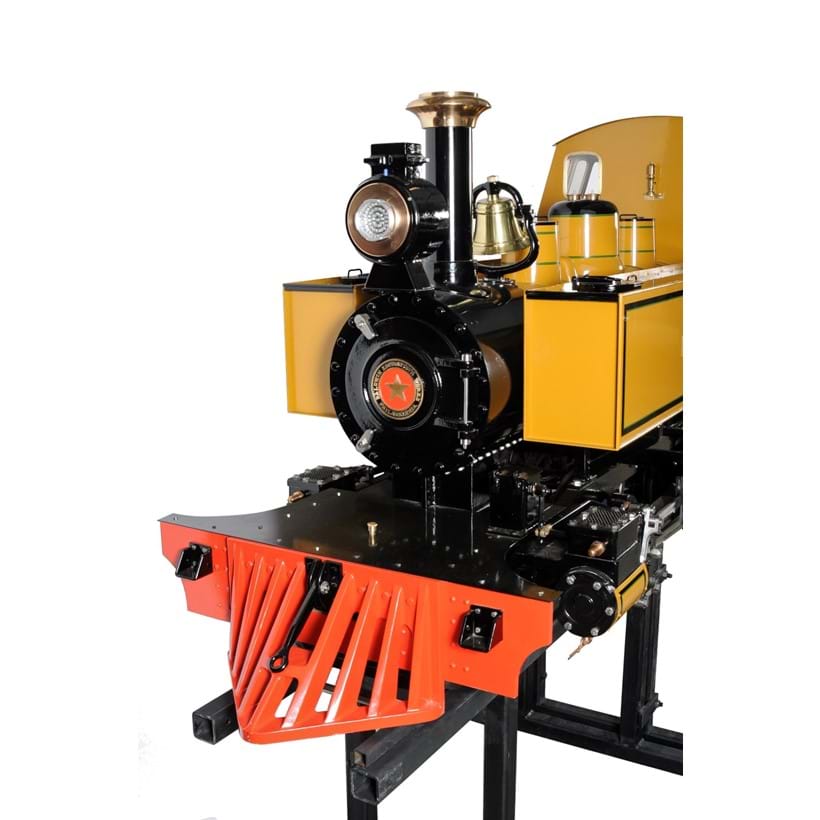