The first of two fine art auctions taking place on 3 April includes a good group of works in the category of Sporting Art (lots 1-74), which is then followed by Old Master Paintings and 18th & 19th century pictures (lots 75-190).

Amongst the works on offer is a small but comprehensive collection (lots 33-41) of sporting pictures belonging to internationally acclaimed racehorse trainer, the late Peter Walwyn MBE (1933-2017).

His most notable successes came in the 1970s, winning the British flat racing Champion Trainer title in both 1974 and 1975.  Walwyn trained over 1,500 winners from Seven Barrows and Windsor House Stables in Lambourn, Berkshire, including Grundy, who in 1975, won The Derby, the Irish Derby and King George VI and Queen Elizabeth Stakes.  He was integral in forming the Lambourn Trainers Association and the Lambourn Valley Housing Trust. In retirement he continued to promote the Valley of the Racehorse and was awarded an MBE in 2012 for his contributions to horseracing and the community. 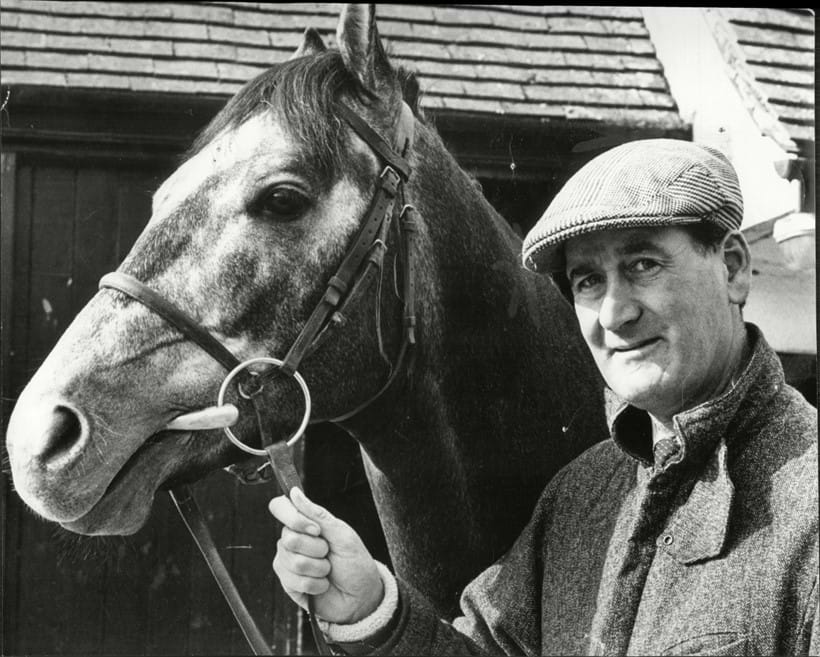 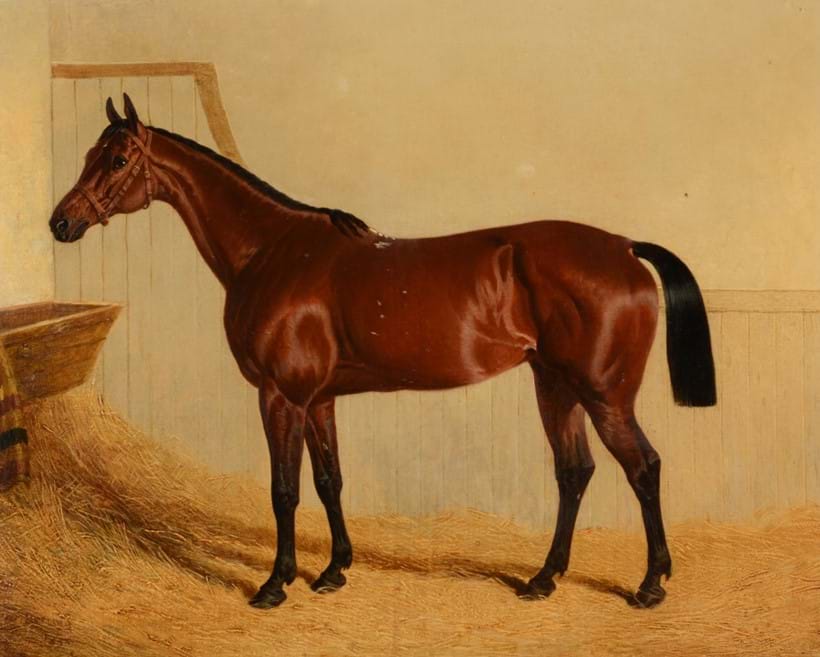 Also in this Sporting Art section, from a private collection, are three further works by Miller including the impressive Time to Spare (lot 66).  Time to Spare reflects an incident at Lingfield Park when the runners were early going to the start. The painting was painted for the jockey Frankie Durr who is seen in red at the centre of the composition. On the grey in brown and yellow checks is Lester Piggott. 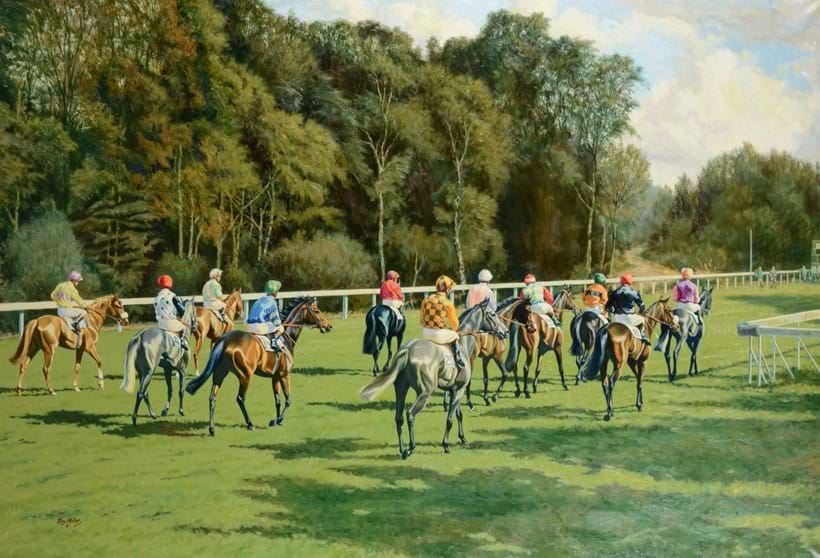 The sitter in this second work was the only daughter and heiress of Conolly Gage, of Bellarena House, Magilligan, Co. Londonderry. She married Sir Frederick William Heygate, 2nd Bt., Member of Parliament for Co. Londonderry (1859-74) in 1851. The background of this picture is a topographically accurate representation of the landscape around Bellarena House. 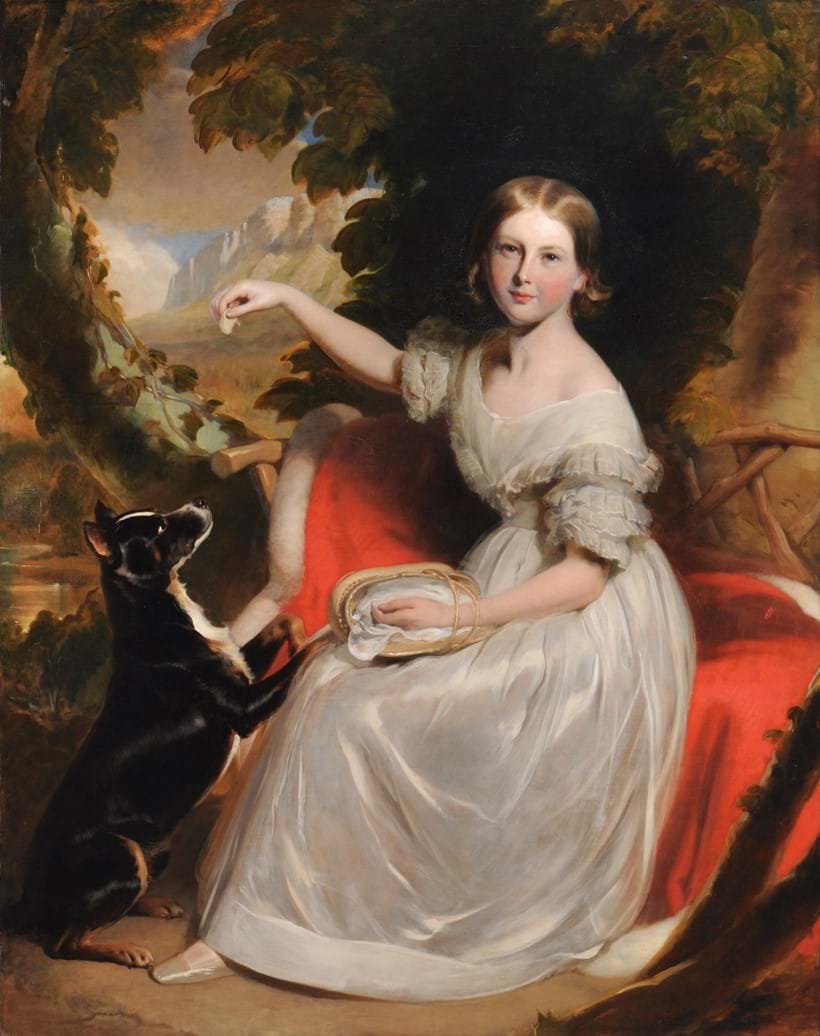 Landscapes also feature in the sale, with attention being drawn to a set of six watercolour views (lots 136 – 141) including two local compositions of Frensham (lot 136) and River Wey, Millbridge (lot 138) by the artist William Henry Millais, the older brother of the famous Pre-Raphaelite artist John Everett Millais.

His artistic output reflected his passion for engraving and watercolours. In particular he focused on depicting landscapes in watercolour, capturing the light and detail in nature which he heightened with white. 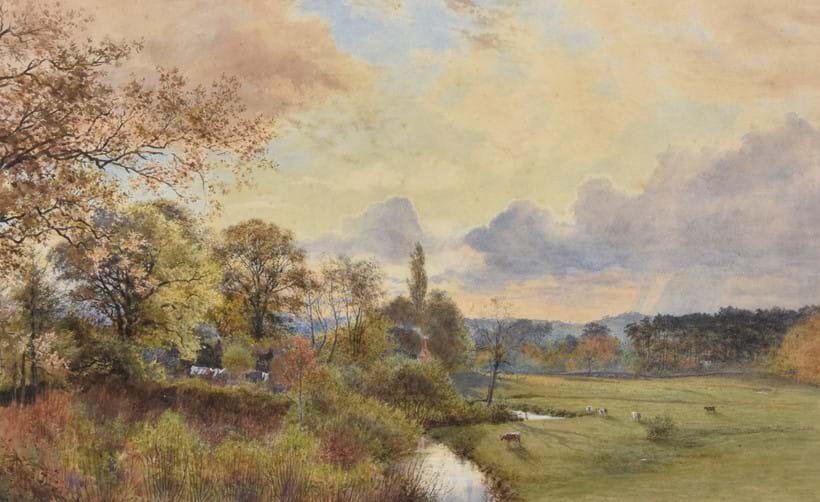 Finally, at the end of the auction there are two striking watercolour and pencil works by the Italian artist Fortunino Matania, who despite being best known as a war artist during World War I, presents a more sensual and feminine offering with At the baths (lot 189) and The puppeteer (lot 190). 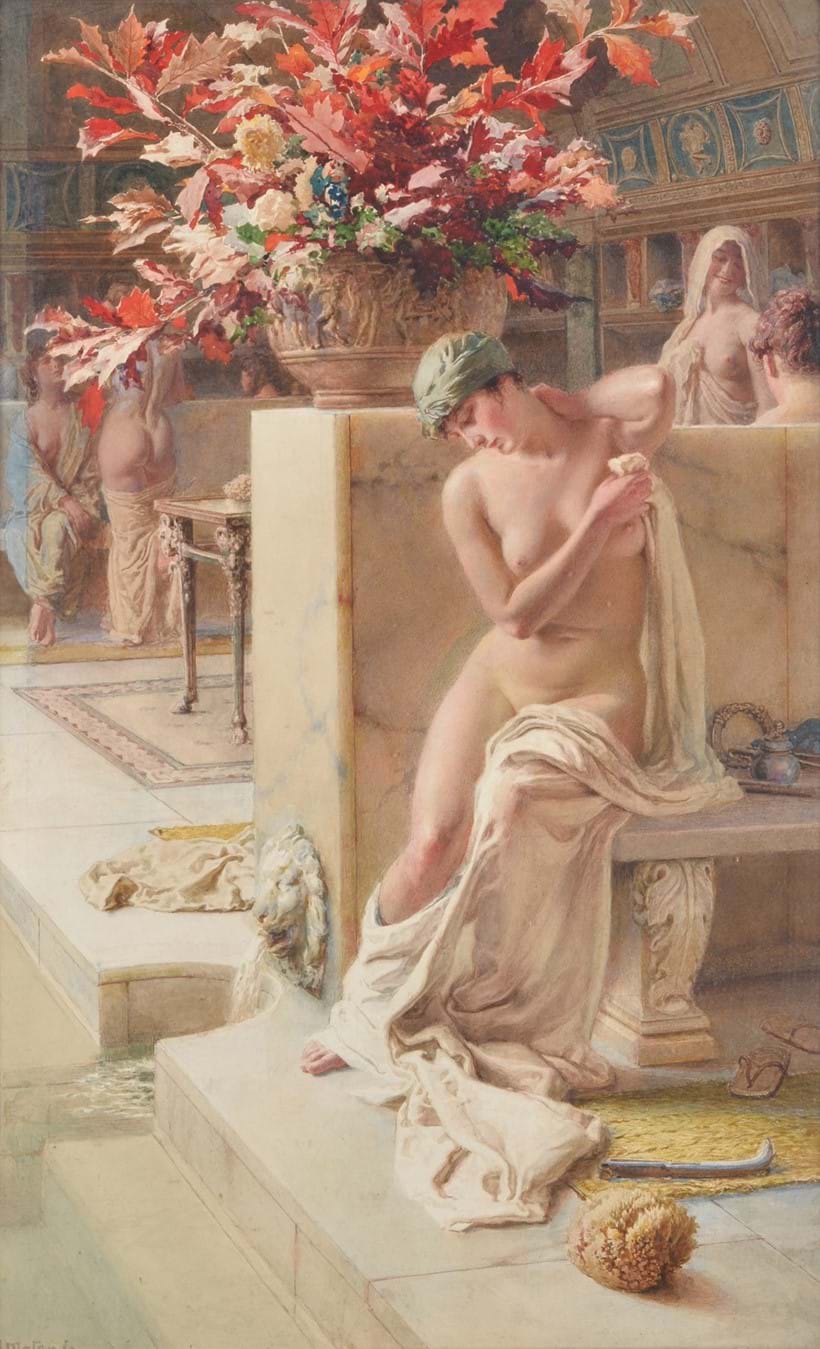 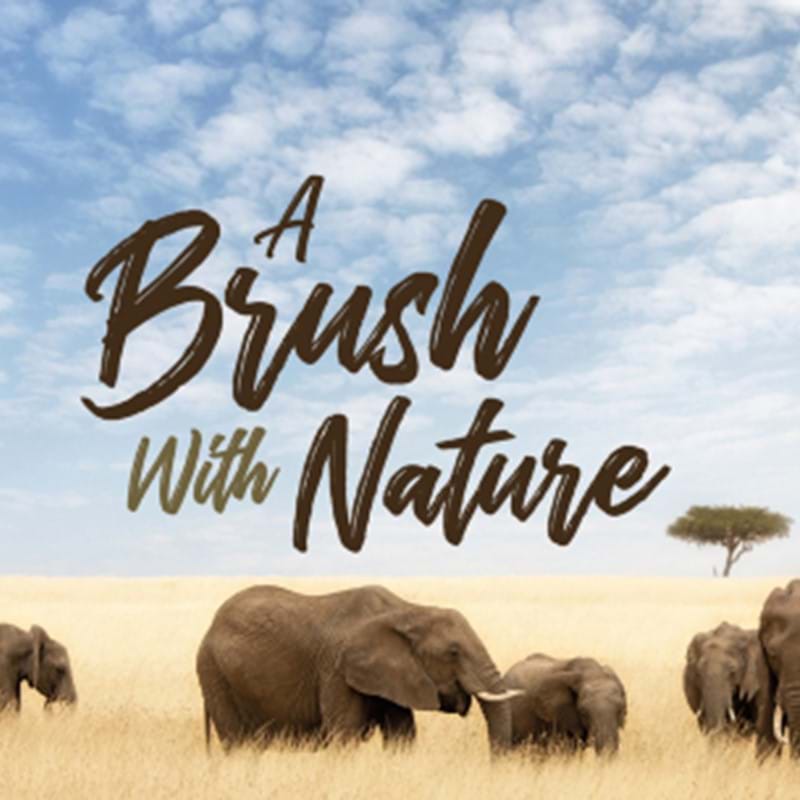