In our Chinese Art series, we are looking at the symbolism of animals in Chinese mythology. Here we look at the auspicious power of cranes.

‘A sage rode off on a yellow crane long time ago,
Only remains the Yellow Crane Pagoda.
The yellow crane once gone never returns;
White clouds for a thousand years drift freely.
The river is clear in Hanyang and banks dotted with trees,
And fragrant grasses grow lush on the Parrot Isle.
In the dusk, I don't know where my homeland lies,
The mist rippling over the river evokes such woe.’

Cranes [鹤] are an important component of the Chinese decorative system which is based on the use of images whose auspicious symbolism was conveyed by their intrinsic qualities (Figure 1). The underlying principle to such a system was the belief that all natural phenomena and things on Earth were an expression of Heaven’s will towards the human conduct. Auspicious events, therefore, were reproduced in writing or images in China and believed to function just like their physical counterpart and thus perpetuate their benign effects. The painting Auspicious Cranes [瑞鹤图] by the Emperor Huizong (1082-1135) of the Song dynasty depicts twenty cranes appearing in flight above the Golden Gate to the Imperial Palace as if sent by Heaven to sanction and celebrate one of the most glorious days of Huizong’s reign when the court was at its highest splendour. 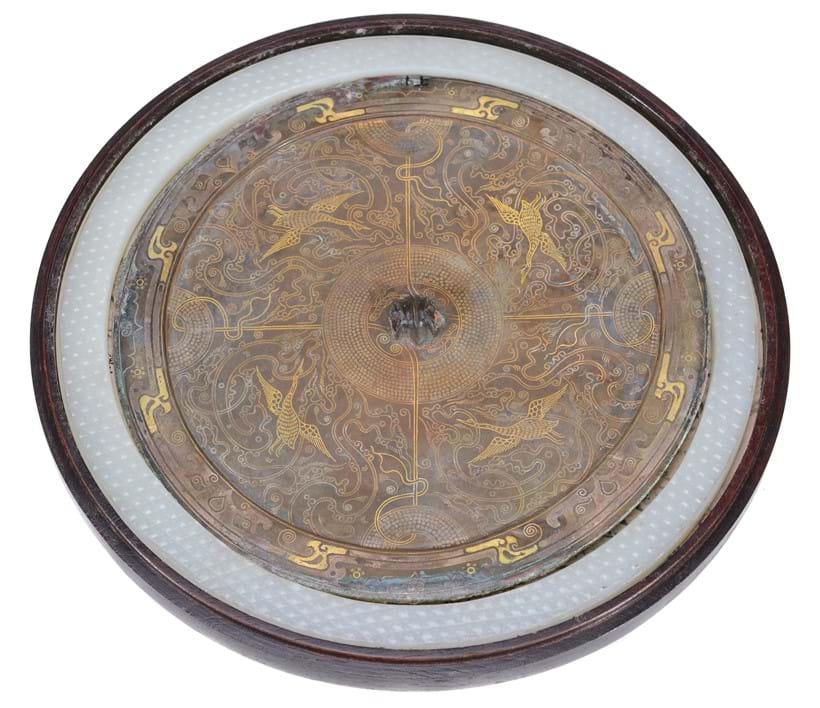 It may therefore be of little surprise that cranes were also ubiquitously found at the court of the Qing emperors, especially that of Qianlong (AD 1735-1795), an emperor known for his virtuousness and appreciation of antiquity. In this instance, cranes not only appeared in paintings but even three-dimensionally as components of miniaturised immortal palaces made of jades, agate and other precious stones and in greater size flanking the imperial throne, such as the one presented here (Figure 2). Standing on an elaborate cloisonné stand, not only does this creature serve a highly visually appealing purpose, but in much the same way as the glorious emperors of the past, was surely employed by the Imperial House of the Qing as a powerful symbol embodying the contemporary brilliance of the Chinese Empire. 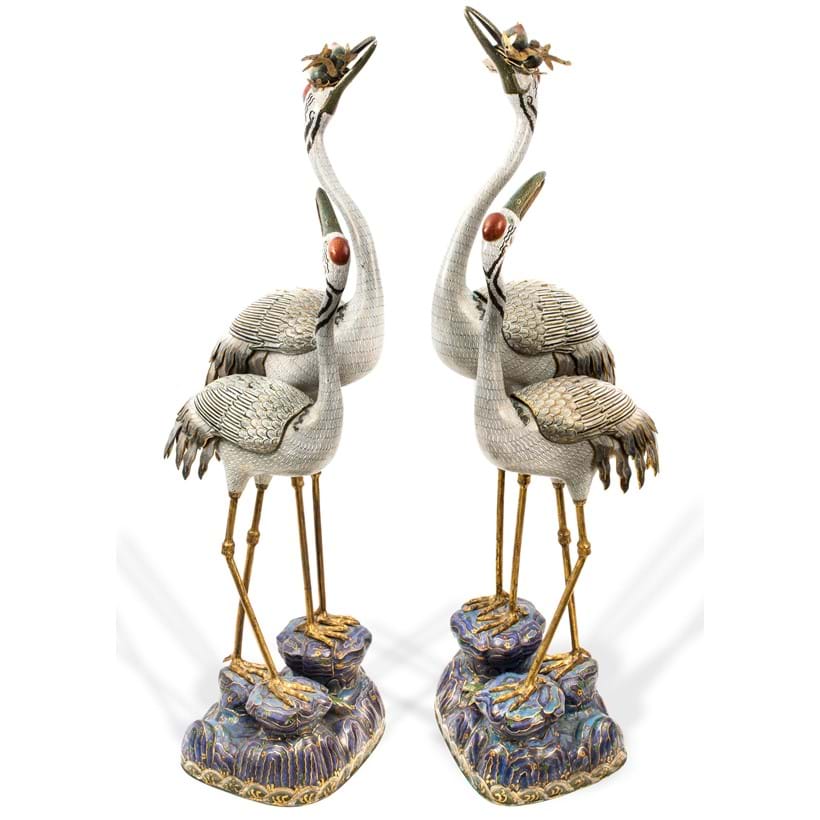 Cranes have a long-lived tradition of connection with immortality beliefs in China. As birds with a long life span, they were associated with longevity, immortality and wisdom, especially following the rise of Daoism from the Han dynasty. A Daoist priest was said to be able to transform into a crane. Figure 3 and 4 show a Chinese Taoist 1st degree priest’s robe, detailed with cranes in flight with golden threads. 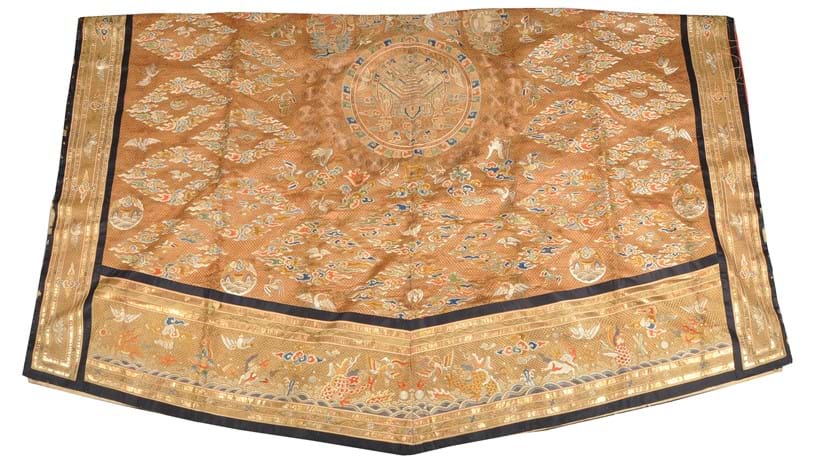 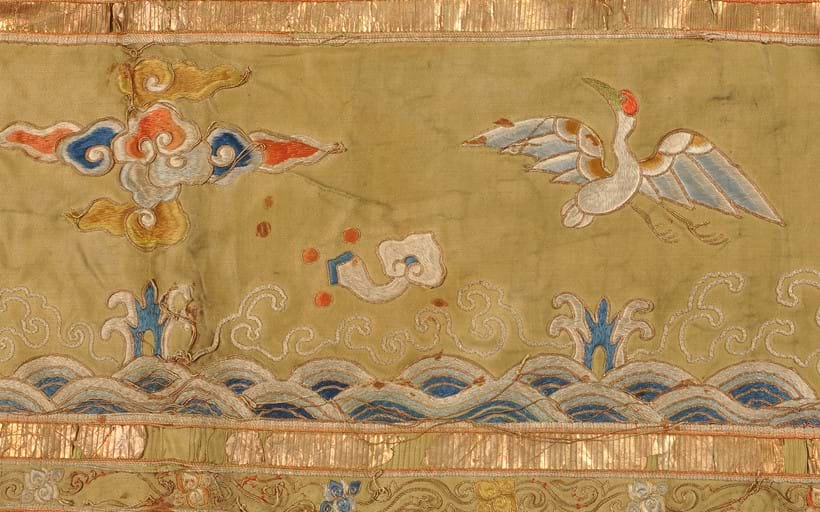 Figure 4: (Detail) A crane in flight embroidered on the priest’s robe

The crane also stands as a homophone for ‘harmony’ [合] in Chinese language and hence two cranes carry good wishes for a happy and long marriage (Figure 5). It also represents high status as the crane is regarded as ‘a bird of the first rank’ in the imperial hierarchy. 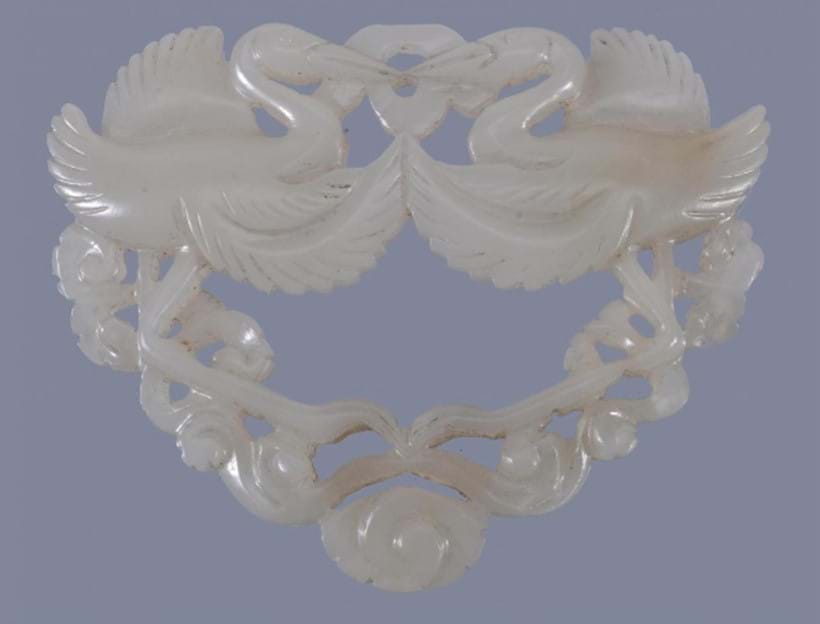 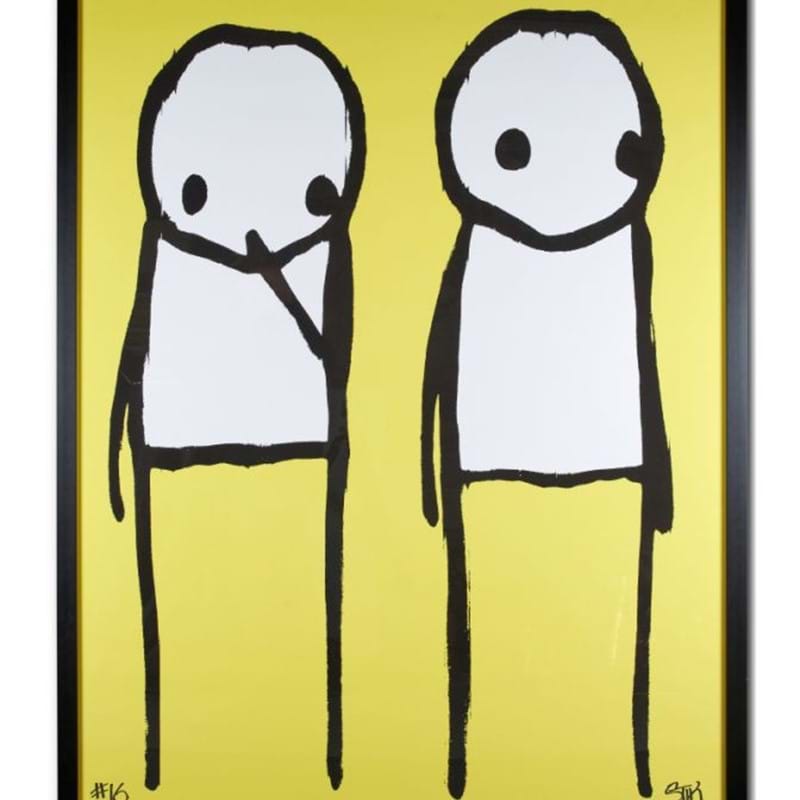