A Private Collection of Early Metalware and tips on building your own collection by Charlotte Schelling, European Sculpture and Works of Art.

In addition to a diverse and eclectic mixture of furniture and decorative objects, Day Two of Dreweatts’ Spring Interiors sale features a notable collection of early English and Continental metalware (lots 419-438).

This includes the private collection of a London based connoisseur, which was formed over decades of passionate collecting and focuses on a variety of bronze mortars and pestles as well as numerous brass candlesticks, mostly dating from the 17th and 18th centuries. 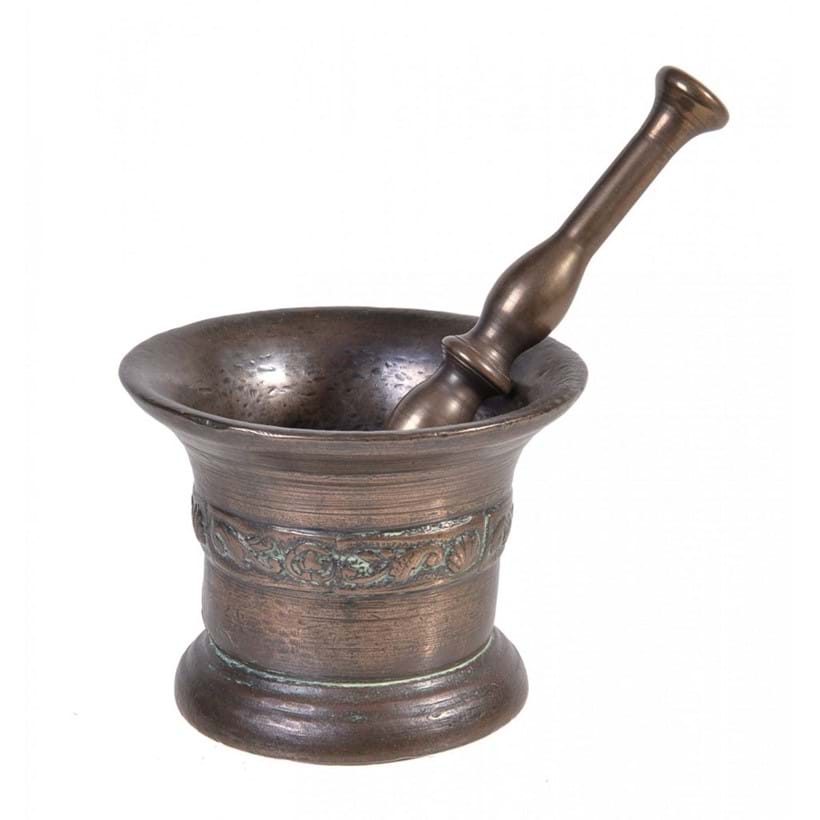 While the candlesticks beautifully illustrate developments in shape, style and manufacture over the course of this fruitful period in the history of design, several of the mortars are attributable to renowned London foundries. 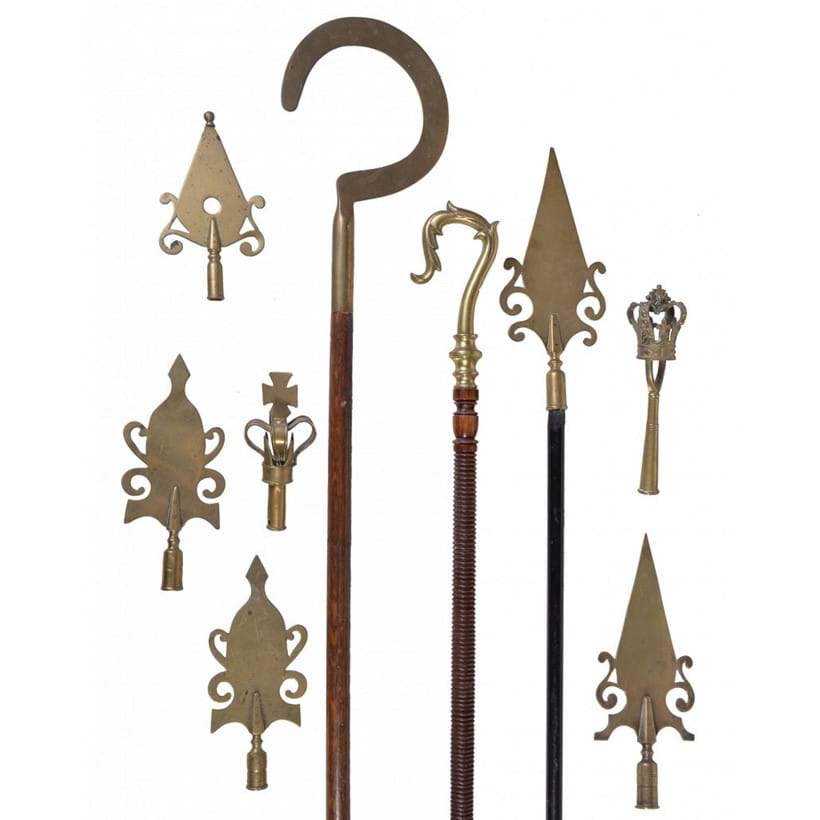 In addition to the collection of candlesticks, mortars and pestles, we feature several other properties, one of which is a fascinating private collection of brass Friendly Society poleheads (Lot 434 & 435).

Mostly from the West Country, these Church parish communities were an important part of rural life during the late 18th and the 19th centuries and provided insurance in times of sickness and death, and parochial support for its members. During ceremonial events, including annual ‘walks’, members would carry wood poles mounted with brass emblems, which would often represent their trade, or the emblem of the Inn where the society met. The triangle form flanked by scrolls, or ‘spear’ design, was frequently used by the societies of East Somerset. Pole heads of crozier and shepherd’s crook designs similar to those in the present lot are held in the collection of the Museum of English Rural Life. 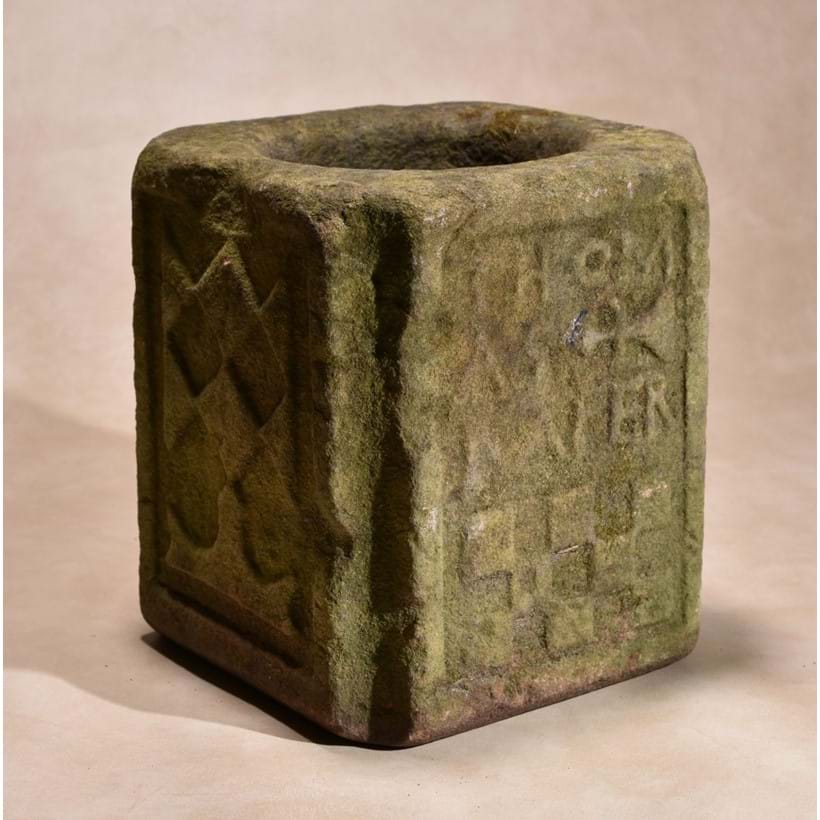 As tokens of social and domestic history, the value of early use objects in base metals is undeniable. However, these objects also possess a rustic decorative appeal, which has proved to be highly collectible.

At Dreweatts we have noticed a growing fondness for decorative objects of early or country manufacture. A Charles II sandstone mortar recently sold at nearly ten times its £150-200 estimate at £1,364, for example. Sale highlights aside, prices for early metalware have steadily declined overall since the 1990s, making it an affordable and rewarding subject area to collect.

Are you considering collecting Early Metalware and Works of Art? Then read on for a list of tips and tricks for introducing early decorative objects into your collection and your interior, put together by our specialists. 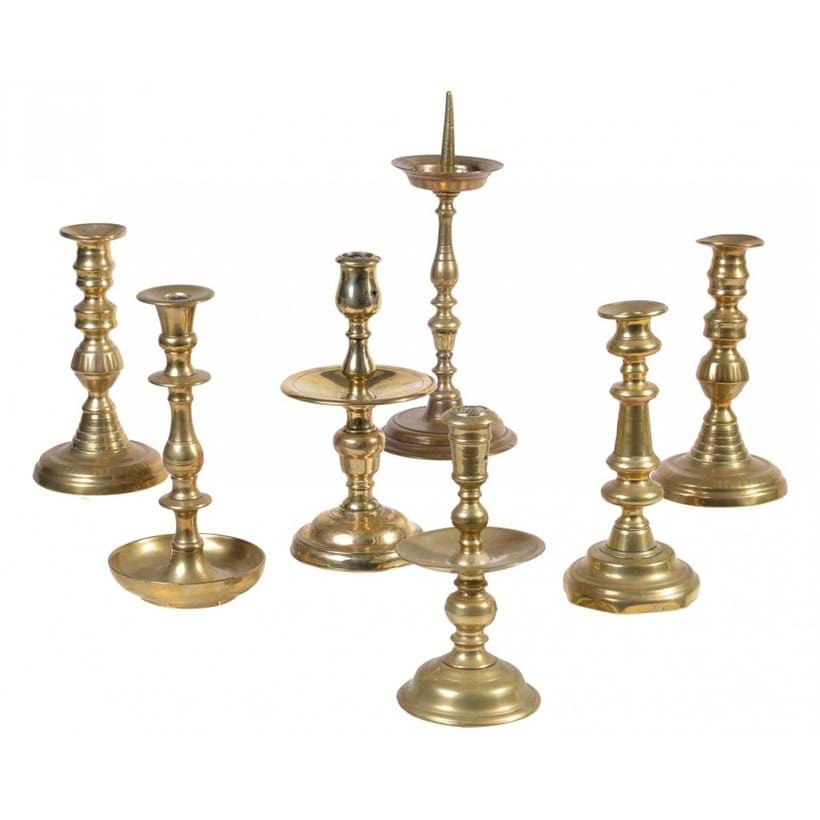 Familiarising yourself with various historical styles is not only a great way to build an informed collection, but also to find your favourites. If you are looking for clean, streamlined forms, late 18th and early 19th century Neoclassical designs might be exactly what you are looking for, whereas fans of a more ornate look might be more drawn to Baroque pieces from the 17th century.

The Victoria & Albert Museum in London has an excellent collection, and their website has many useful resources which are free to browse.

Daring combinations of past and present are a staple of contemporary interior design, so do not be afraid to mix and match. Interior Designer Mark Gillette (with whom we recently collaborated on the sale of Selected Contents from Kingstone Lisle Park) for example, likes to create a sense of ‘timelessness’ by mixing in antique objects. A 17th century embroidered textile or tapestry could make for a colourful statement piece in a contemporary home. While mixing lustrous brass Queen Anne candlesticks with bases of various different forms, such as the circular and octagonal section pieces in lot 426 might create a charming and eclectic effect.

Be clear on condition

Finally, when buying early items, it is worth taking the physical condition of the objects into account, because of their considerable age. If you are keen to take on a project, it is worth looking out pieces in need of restoration which can be bought at a competitive price. If you prefer to avoid the toolbox, it is worth inspecting an item first hand, requesting a condition report or exploring restoration options. This being said, as they are often sturdy in nature, many examples of early metalware and treen are well-preserved.

Or browse the catalogue online