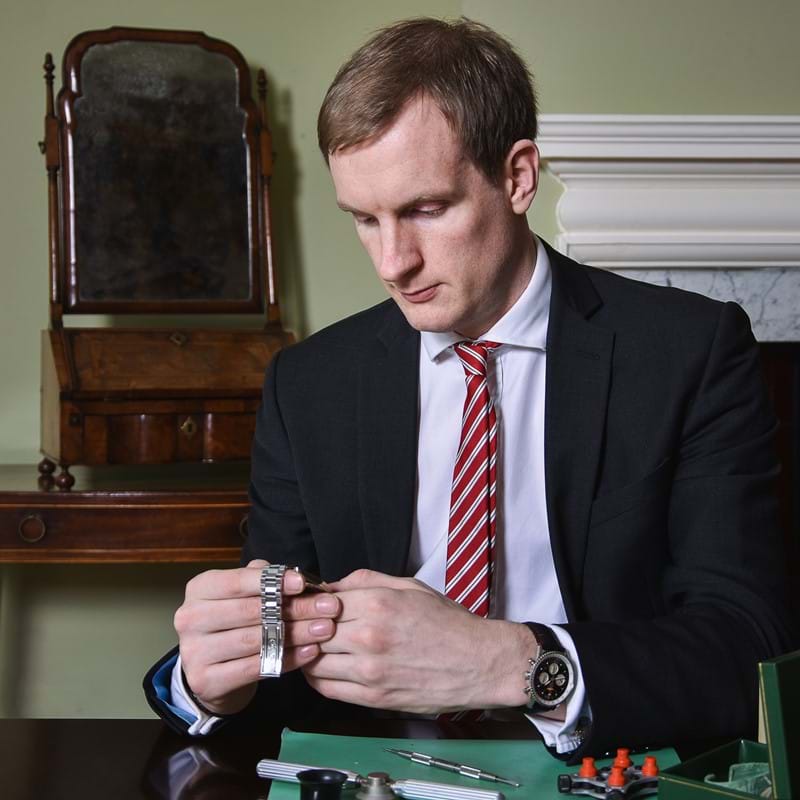 Nick Mann joined Dreweatts in 2007 as a porter. He gained invaluable experience across all aspects of the business including the management of client inventory within Donnington Priory.

In 2012 Nick joined the Jewellery, Silver and Watches Department and since then he has taken on responsibility for watch consignments, from liaising with consignors, to cataloguing and assisting existing and new buyers.

In 2019 Nick will build on his area of expertise through study with the British Horological Institute. He is also regularly seen on the rostrum at Donnington Priory as the auctioneer for the department’s auctions.

Nick’s own favourite watch brand is Breitling, and he is currently the owner of three with plans to add to his collection in the near future.