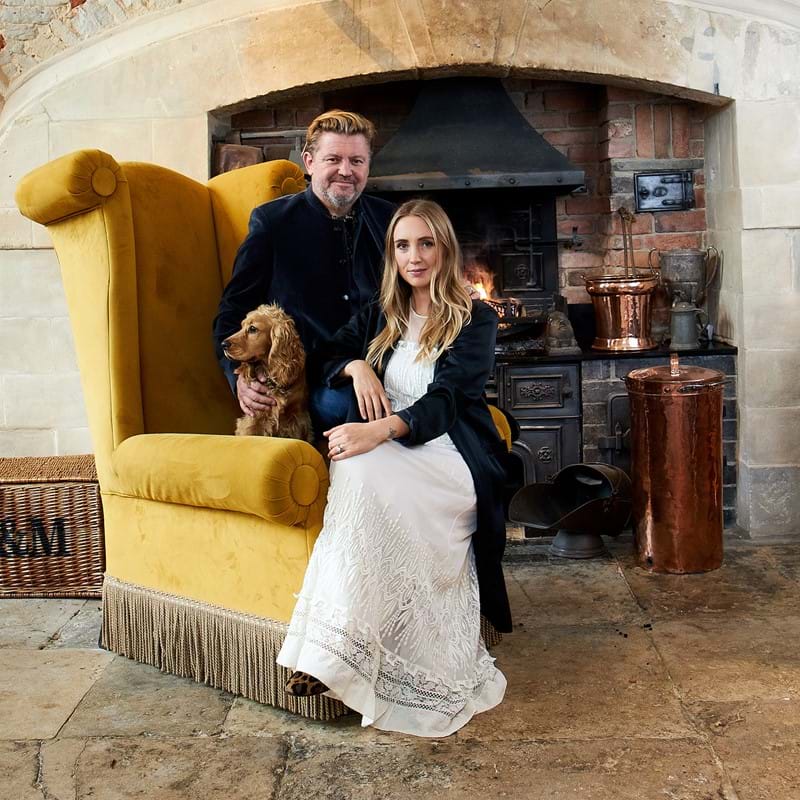 James Perkins is a restorer of historic houses, a music-industry veteran, a collector and an aesthete. In the 1990's, James became well known as the founder of the dance music organisation, Fantazia. After the success of Fantazia, James took a different direction to pursue his passion as an avid collector of the historic and the unusual. Over the past 20 years, James has taken on restoration projects of historic buildings across the country which have been recognised and awarded for their architectural ambition.

When James bought Aynhoe Park in 2006, this too was to be another restoration project however, James never left. After restoring Aynhoe Park to its former glory, James, with his knowledge of the music industry and wife, Sophie with her creativity have played host to a plethora of England's most exclusive events.

After 14 years in the world of Aynhoe, James and his family are embarking on a new adventure at Parnham Park where James is looking forward to taking on his biggest restoration project to date.

After a stance at London College of Fashion - Sophie worked at what was then Cult clothing and Superdry as Junior Buyer. From there went on to open her own online vintage clothing boutique and an ethical clothing label that used waste clothes and fabrics. Always at markets and fairs, she soon started dealing in antiques and furniture, and being commissioned for private and commercial interior work.

When Sophie met James, they combined their love of finding the unusual and together with their team transformed the interiors of Aynhoe Park.

With a can-do attitude and as like James with several plates spinning at a time - Sophie led the team on the marketing and branding of Aynhoe Park.

Sophie used her creative flair to design events and weddings at the house and away from Aynhoe and later for her children's immersive party company, created Aynhoe Backstage at Wilderness festival, and in-between launched the website www.amoderngrandtour.com. Sophie is now working with James to create the concept of Parnham Park and the branding and is excited to share.