On 29 January 2020, we will be offering the selected contents of Hambrook House in Gloucestershire, the property of Graeme Alexander and Scott Carlton, as part of our Interiors sale. Ashley Matthews, Dreweatts Interiors specialist, picks out a few of his highlights from the sale. 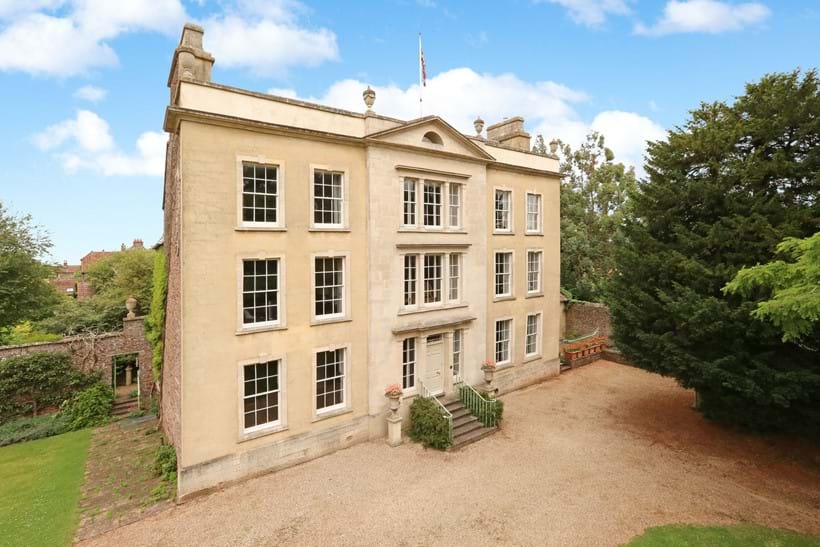 A collection of mirrors

Comprising 83 lots, the collection from Hambrook House, Gloucestershire offers a number of mirrors. These are largely from the 19th century and range from Regency examples through to late Victorian ones, each refreshingly different from the last. 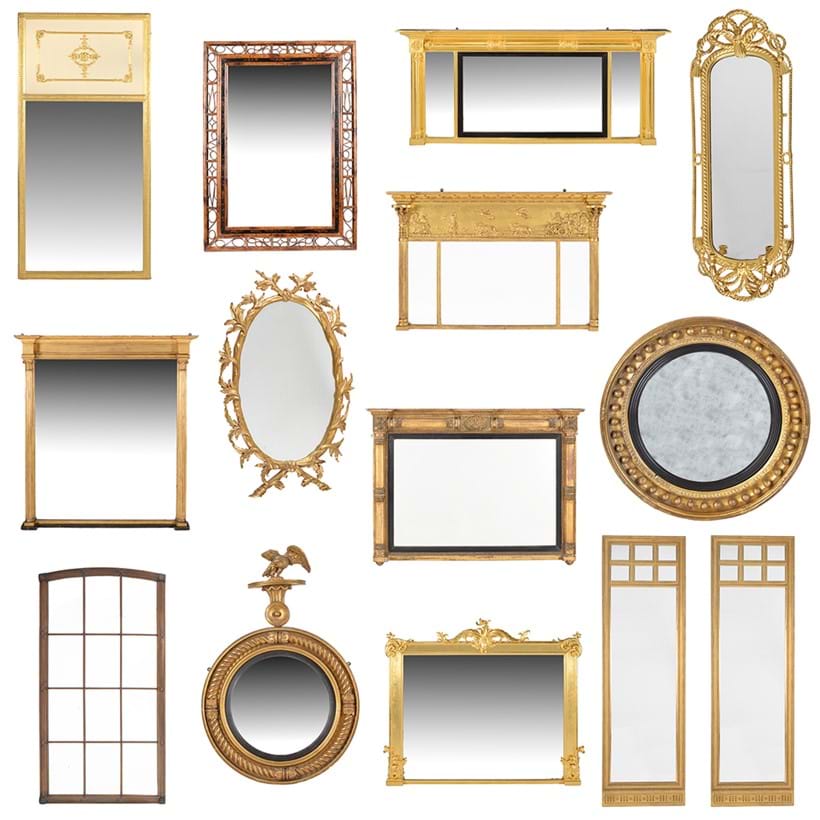 One particular stand out mirror is Lot 19, a Regency convex wall mirror by the renowned maker Thomas Fentham of London. The mirror has most of a paper label for the maker which matches a more complete label that is illustrated in Christopher Gilbert’s seminal work, The Pictorial Dictionary of Marked London Furniture 1700-1840, 1996, (plate 337). The mirror is typical of those in the late George III reign and Regency period with the cavetto frame containing a number of spheres and the mirror held by the ebonised slip. 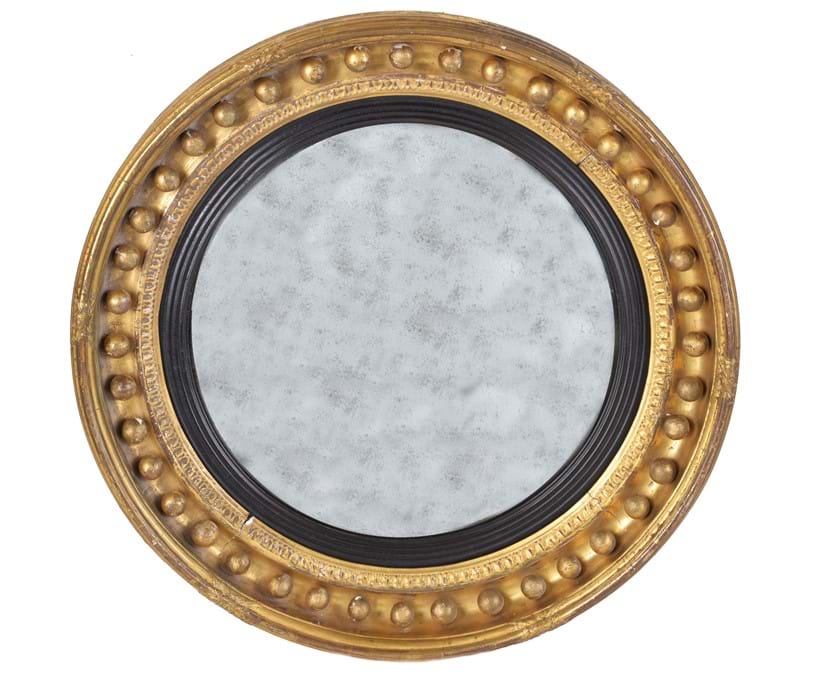 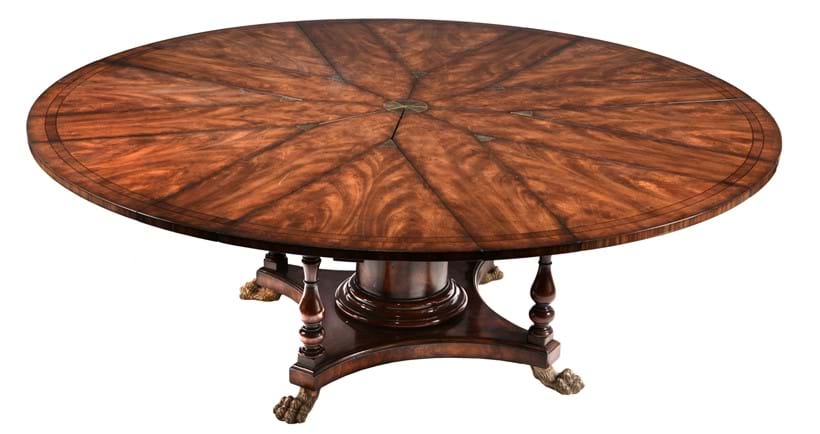 Another highlight from this private collection is Lot 36, a flame mahogany extending dining table after the pattern by Robert Jupe. The patent was first granted in March 1835 and the originals produced by the firm of John Johnstone of New Bond Street. It is ingeniously designed with a top which incorporates a capstan action which allows it to open concentrically for the insertion of the eight leaves. It comes with a bespoke cabinet to hold the leaves and is designed to stand proudly at the side of the room. 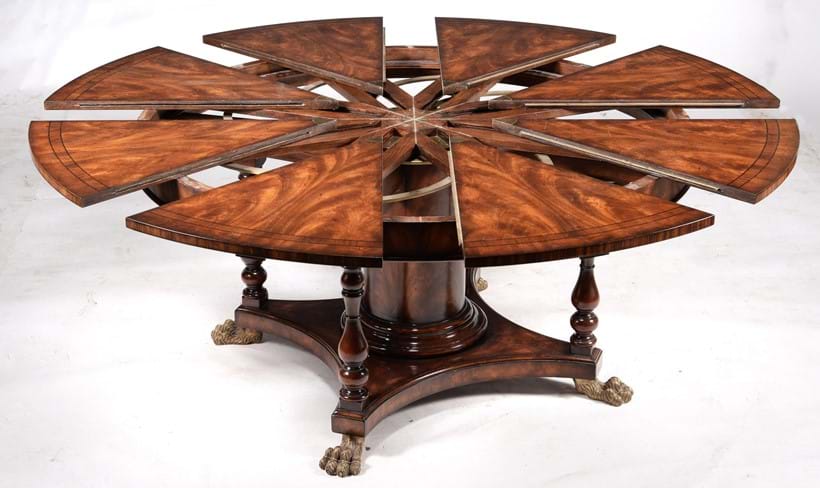 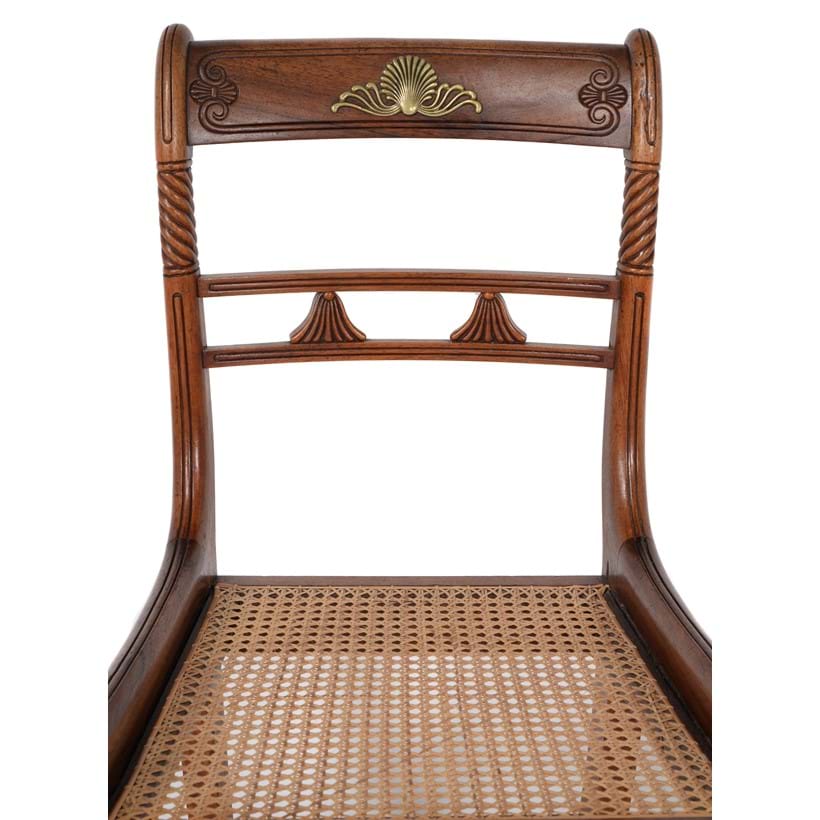 From the other consignments in this sale we have Lot 197, a set of six Regency rosewood and gilt metal mounted dining chairs, attributed to the famous firm of Gillows. Each chair has a bar back with central gilt metal anthemion ornament to the centre and two horizontal splats which frame a pair of bell-flowers. There are very similar designs for dining chairs illustrated and described in Susan E. Stuart’s Gillows of Lancaster & London 1730-1840, Vol. I. On page 215 (plate 192) there is a chair illustrated from a set of nine, originally supplied to Lord Cornwallis, which have similar detailing, and on page 216 (plate 193) there is a facsimile of the original pattern of these chairs taken from the Cabinet makers' General Sketch Book and dated 1810.

A figured walnut and feather banded tea or side table 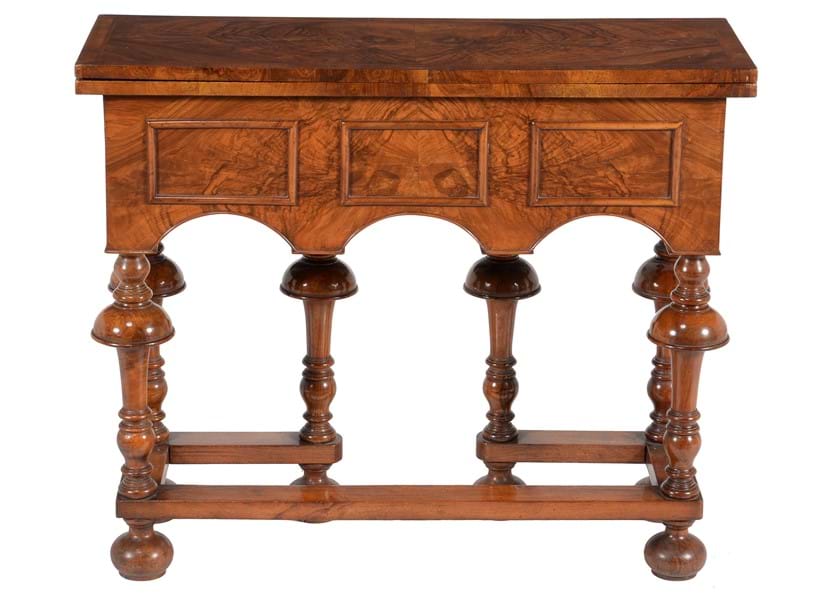 Also included and coming from a private collection in Hampshire is Lot 185 - a figured walnut and feather banded tea or side table, made in the first half of the 20th century. This is in William & Mary style and features a frieze drawer to each short end. It was possibly provided by the firm of Charles Tozer. Tozer is best remembered as a retailer of high quality revivalist furniture and specialised in walnut pieces in the early 18th century style. Usually his pieces are marked with an ivorine label bearing his name and address, sadly this piece doesn’t, leaving it only as a tantalizing possibility of it having been provided by Tozer.

Lot 394: A George IV mahogany metamorphic library armchair, circa 1831, made to the patent by Robert Daws

Perhaps the piece of furniture with the clearest history is lot 394. This is a reclining armchair coming from the end of George IV’s reign at circa 1831, made to the patent by Robert Daws. It comes with remnants of the original paper label to the underside of the footrest, naming R DAWS and bearing the partial date for 1831, also with stamps to the leg for R DAWS WH GR PATENT, the WH in this case probably standing for the chair maker. The patent was granted to Robert Daws for his Patent Recumbent Easy Chair on 28th April 1827. Daws warranted his chairs for seven years at an original cost for a chair of "moderate proportions" of £10 10S. He promised the chairs would form a "thousand positions". King George IV is believed to have owned one himself and commended it. Daws traded from 17 Margaret St, Cavendish Square, London from 1820-1839. In Christopher Gilbert's Pictorial Dictionary of Marked London Furniture 1700-1840, varying examples of designs for this chair are illustrated on pages 175-177, plate 285 is a remarkably similar model albeit without the spoon back, plate 279 illustrates a more complete version of the label which also bears the date of 1831. 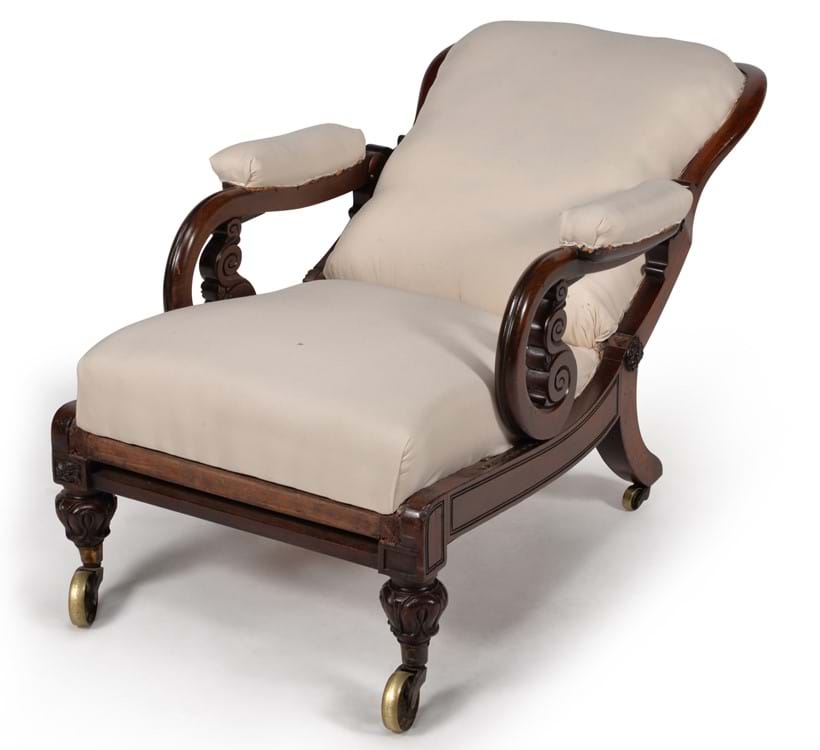