On 22 October we have our auction of Works on Paper from the Islamic and Near Eastern Worlds from Bloomsbury Auctions. The sale features 120 lots, showcasing an exquisite range of books and prints, as well as manuscripts and miniatures.

John Speed, The Kingdome of Persia with the Cheef Citties and Habites

Highlights from the auction include this very attractive Speed map of Persia, with vignettes of Isfahan, Hormuz, Tabris and Gilan along the upper edge and depictions of Persian social classes to outer edges, including a Persian nobleman, a common citizen, a countryman and a Turk. Each of these figures are set across from their respective female equivalent forming a decorative frame around the cartography. The map itself focuses on Persia, which includes modern-day Iran and its borders with Russia, Iraq, Armenia, parts of the Turkish Empire and India. Also included along the lower edge of the map are early depictions of the regions of the Gulf now modern Saudi Arabia, the United Arab Emirates and Oman. From our collection of manuscripts we have lot 52. Ibn all-Nafis (d.1288 AD) was an Arabic physician based in Damascus, best known for his discoveries in the pulmonary, capillary and coronary blood circulations of the human anatomy. His works on the subject pre-date the Western landmark equivalent: William Harveys De Motu Cordis (1628), by almost four centuries. Ibn al-Nafis was a prolific writer and compiled over 100 works in his lifetime. This text is a general reference book for physicians, focusing on the diagnosis and treatment of disease as well as surgical procedures for small operations. 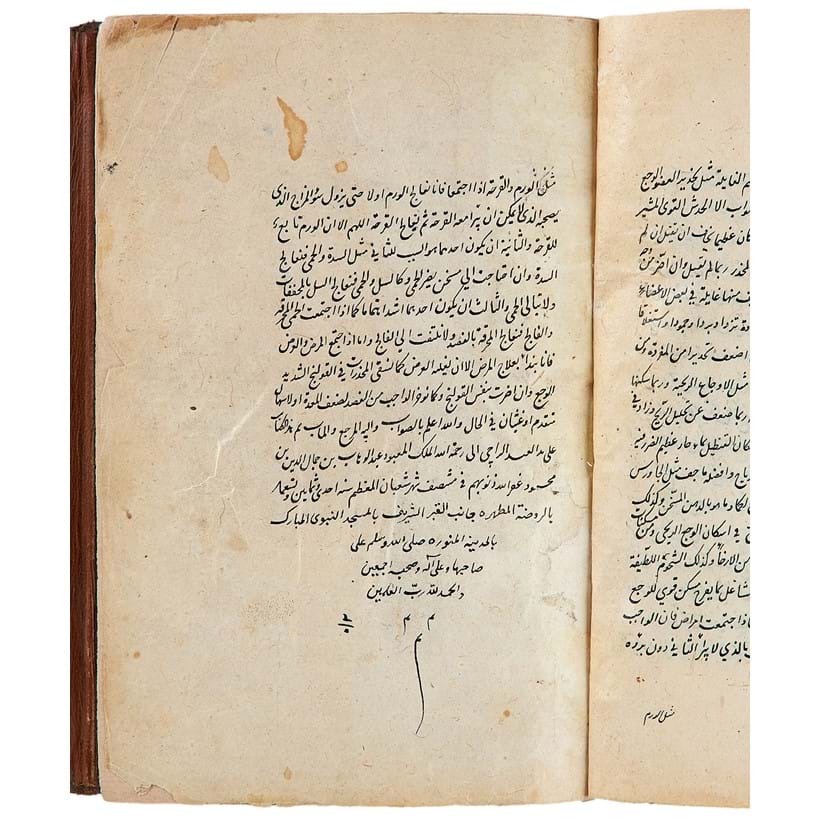 The colophon stipulates that the text was copied by Abdulwahab bin Jamal al-Din bin Mahmoud facing the Qabr al-Sharif, that is the tomb of Prophet Muhammad, inside the Masjid al-Nawwabi al-Mubarak, the Prophets Mosque situated in the heart of Medina. Although the text itself is well-known, the scribal affiliation to this holy site make the present copy an item of exceptional scarcity and interest.

Medina was under Ottoman rule in the sixteenth century, and extensive repairs and building works were carried out to this Mosque during that period. The small format of the volume and neat hand of this text indicate that it was copied by a competent hand and probably used as a study-reference work, as opposed to a working physicians copy. Furthermore, the style of the nastaliq calligraphy and quality of the polished paper used suggest it might have been copied on commission by a member of the Ottoman court.

Towards the end of the sale we will offer this striking image of a young Sikh woman in her finery, dressed in brocade robes and draped in impressive jewellery. The inscription along the lower edge of this image is in English and appears to be contemporary to the painting itself, indicating that this may have been a commission by an English traveller in the late nineteenth century. 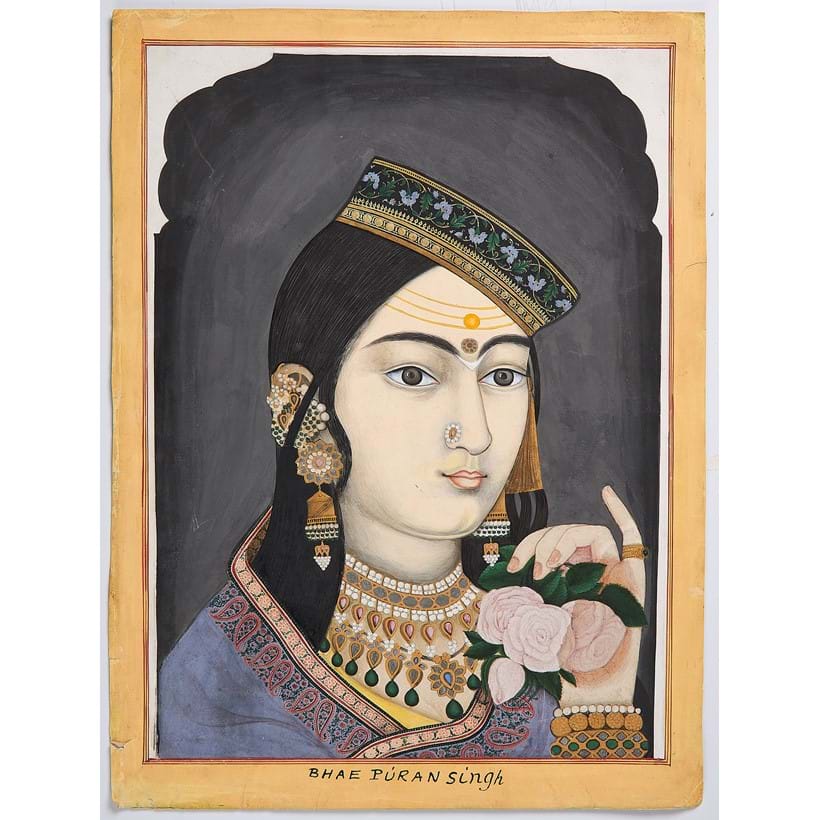 Sa'adi and the wise men

A final highlight is this beautiful illuminated miniature on polished paper, depicting Sa'adi and the wise men, probably from the Bustan'e Sa'adi. This lot comes from the collection of Helen and Joe Darion.

This single leaf, ink and gouache on paper and heightened in gilt with its striking blue borders depicts a king seated on a throne, with courtiers in waiting, in a palace garden with blossoming trees and wildlife around them, small lake with two swans in the foreground heightened in silver. 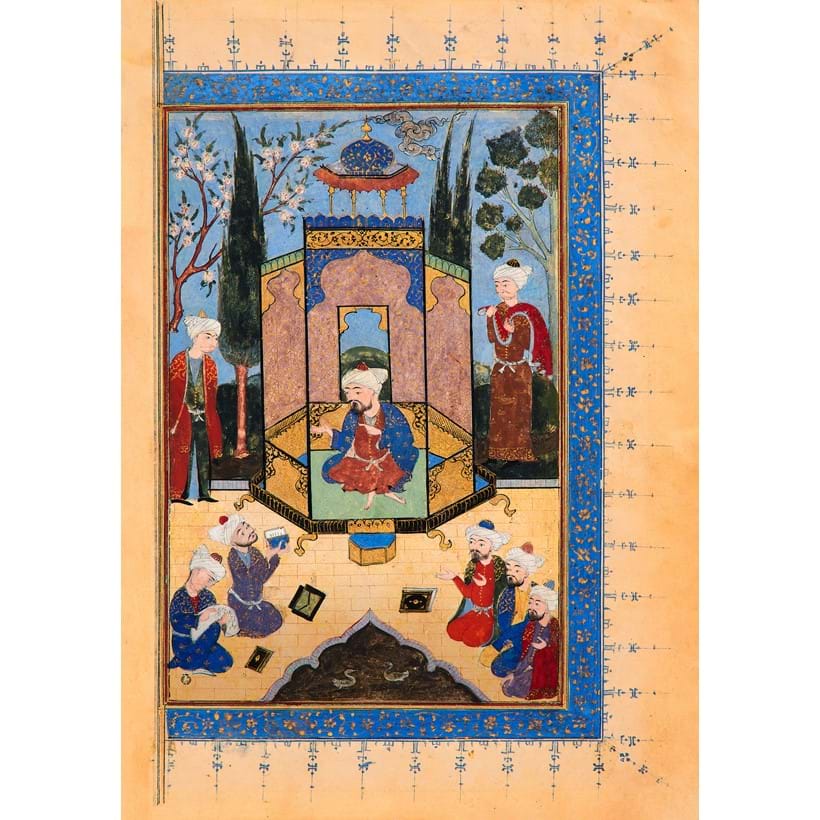 Lot 77: Sa'adi and the wise men, probably from the Bustan'e Sa'adi, with a frontispiece decoration to the reverse, illuminated miniature on polished paper [Safavid Persia, late sixteenth century] | Est. £800-1,200 (+fees)

AUCTION DETAILS
Tuesday 22 October | 2pm
This is an online auction with an auctioneer. To bid live during the auction or leave a commission bid via our online bidding platform, click the BID ONLINE button below.