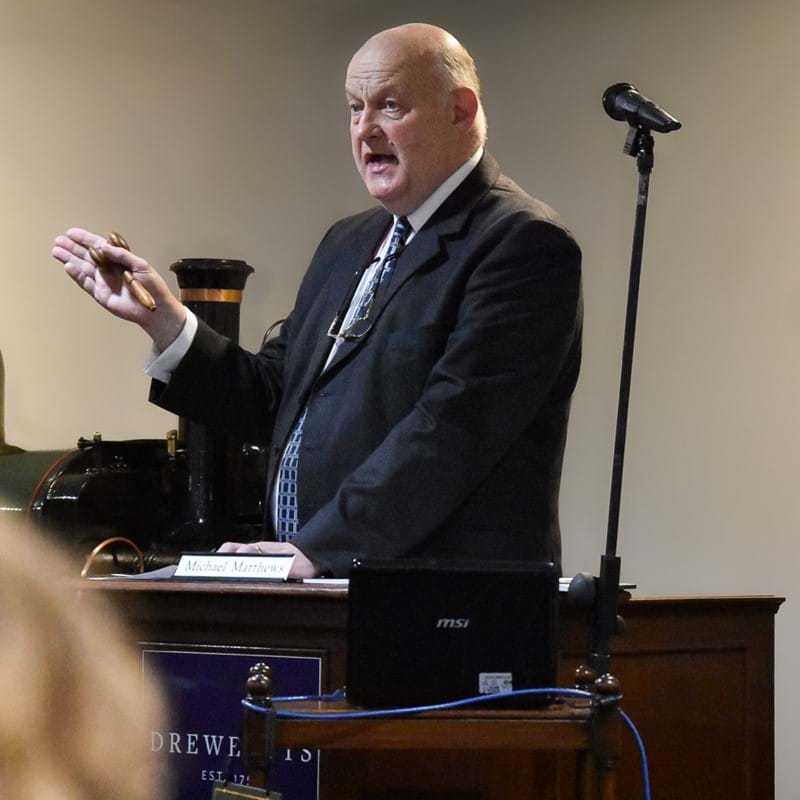 Michael Matthews, a qualified chartered surveyor, has been involved in the world of auctioneering for over 50 years. Michael ran his own auction house, and 25 years ago sold his business to Bonhams (for whom he was a Director until his semi-retirement). Originally, his specialist subjects were 17th and 18th century English Clocks and Furniture.

Michael’s interest in clocks, clock making and mechanical items expanded to include model engineering, and in particular, live steam model traction engines and stationary engines. He has his own workshop complete with lathes and milling machines, however, he does not claim to be a model engineer, but combines his great interest in all things mechanical with his years of experience in the world of auctions.

Michael has conducted fine art auctions for over forty five years, following his qualification and full membership of the Royal Institute of Chartered Surveyors. Over this time he has sold residential and agricultural property and country chattels and has appeared on many occasions on the BBC programme, Bargain Hunt.

In his semi-retirement, Michael Matthews has worked as the lead consultant for Dreweatts in this field and has built the largest UK auction operation offering live steam models and model engineering works.